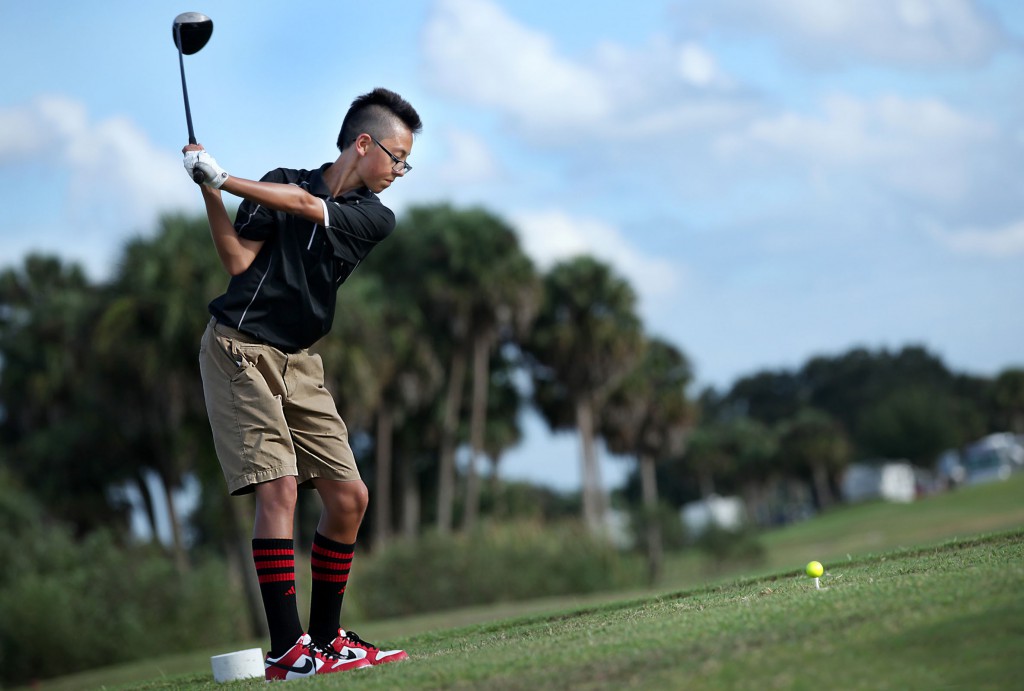 “For only playing competitive golf for a short time, and playing on the school’s volleyball team at the same time, Dasani is showing good strength,” coach Amos Mazzant said.

The eighth-grader advanced to the regional tournament after completing 18 holes. She held her own with high school competitors throughout the season while improving her skills.

Every swing counts, she said.

“I scored one less than the last time,” she said at a game Oct. 8 against LaBelle High School at Glades Golf & Country Club’s course.  Dasani’s score of 54 placed her as an individual player at districts. There, she earned the third best individual score among 17 players.

Senior and team captain Quenton Cypress, eighth-grader Troy Cantu and high school junior Darryl Billie made up the boys’ team for the 2013 season. Quenton and Troy competed at districts as individuals with Quenton scoring 54-55 to move on to regionals.

“All of our golfers did very well on a very difficult course,” Mazzant said.

Though the players play regular season games on nine holes, the districts were 18 holes.

Dasani scored 53 on the back nine and 73 on the front nine and won a place at the regional finals Oct. 21 at Golden Gate Country Club in Naples.

Troy will not go to regionals but shot his best game at districts – a 56-63.

Mazzant said Dasani and Troy show the most promise for a winning season in 2014.

“Their scores may not show it now but things are about to happen,” he said.