“Hard,” the Brighton teenager said after he made his steer wrestling debut at the Eastern Indian Rodeo Association’s roughstock clinic for youth Jan. 27 at Junior Cypress Rodeo Arena in Big Cypress.

As a precursor to the EIRA’s 2018 season, which kicks off Feb. 3 with the Betty Mae Jumper Memorial Rodeo in Hollywood, the association hosted about 30 youngsters for two days of hands-on instruction. Youth program director Moses Jumper Jr. said such clinics – where the older generations teach younger ones about steer wrestling, sheep riding, roping, barrel racing and other events – are critical for the association’s survival.

Naha Jumper, Moses’ son, is grateful for the opportunities his dad provided by getting him involved in rodeo and other athletics decades ago. It’s a path that has taken Naha just about everywhere in the country.

As a veteran rodeo competitor, Naha gladly shares his expertise with the kids.

“The main thing is to keep the kids off the streets and keep them busy doing something productive,” he said.

Other longtime rodeo standouts, including Justin Gopher, Jeff Johns and Joe Osceola, also provided instruction and advice to the kids.

“It seems scary at first, but once you get on two or three times it’s fun,” Osceola told a group of boys and girls about ages 6 to 9 before they bravely got on board in sheep riding. “Rodeo teaches you a lot of things. Responsibility. Discipline. Stay with it; stay strong.”

For sheep riding, the youngsters donned rodeo helmets and protective vests. Most of the little riders came out of the chute and lasted only a few seconds on top of their fluffy rides before tumbling off and landing on the dirt, but this day was all about experience, not timing.

“Put your hip into him and pull,” Johns advised Tavis before the gate opened.

“I might try practicing a little more. It seems like fun,” Tavis said after his wrestling bout.

Similar to Tavis, 16-year-old Aidan Tommie, of Brighton, had never wrestled steer, but he showed plenty of eagerness to conquer the uncooperative beasts. At one point, a steer got away from Aidan during a battle on the dirt, but Aidan quickly got up, sprinted halfway across the arena and tackled the powerful animal.

“It’s a lot like wrestling two men,” he said.

***
EIRA’s season will start with two rodeos on the Hollywood Reservation on consecutive Saturdays. First up is the Betty Mae Jumper Memorial Rodeo, named for Moses Jumper Jr.’s mother, on Feb. 3. The following week is the INFR Tour Bill Osceola Memorial Rodeo on Feb. 10 when the rodeo arena, which has been rebuilt, is scheduled to be dedicated.

The youth rodeo will be start at 12 p.m. both days followed by the adults at 7 p.m. Admission is free.

The EIRA hopes to build on the success of last year’s return to Hollywood.

“It was great,” Moses said. “We hadn’t had rodeos there in Hollywood for so long, but everybody just jumped in and wanted to come out and see a rodeo.” 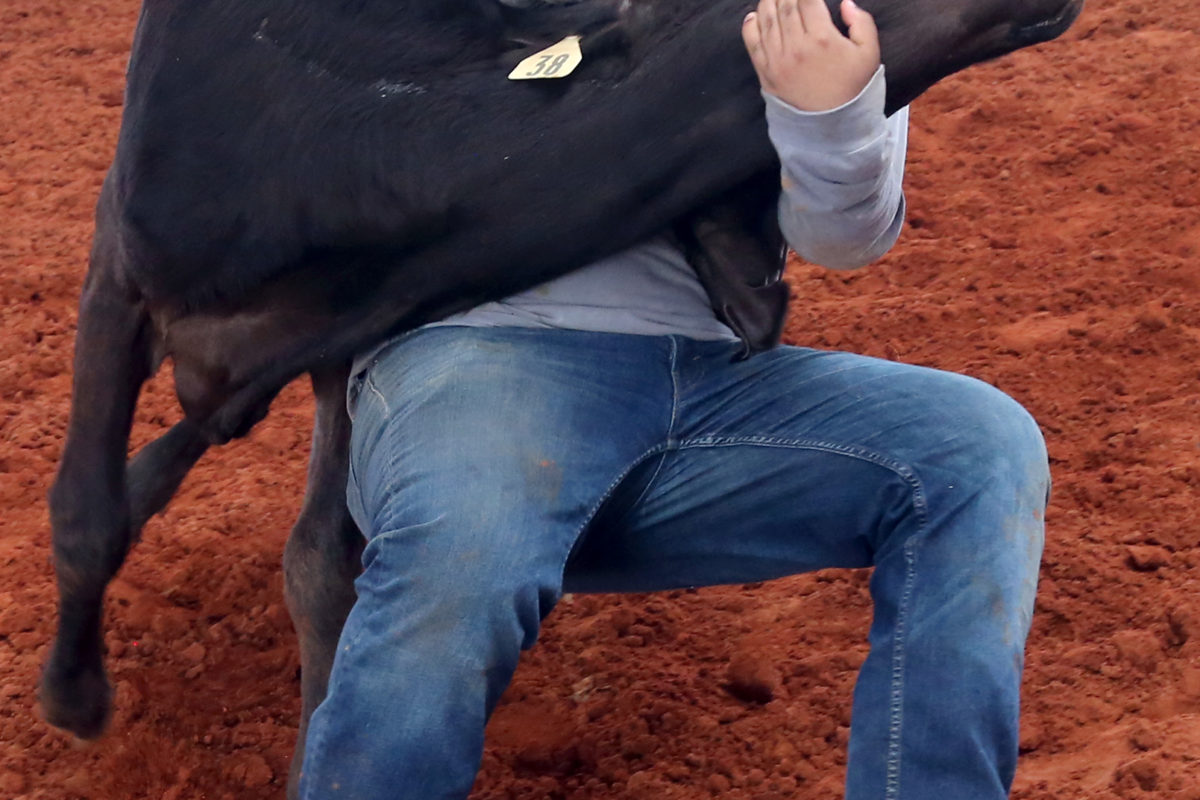 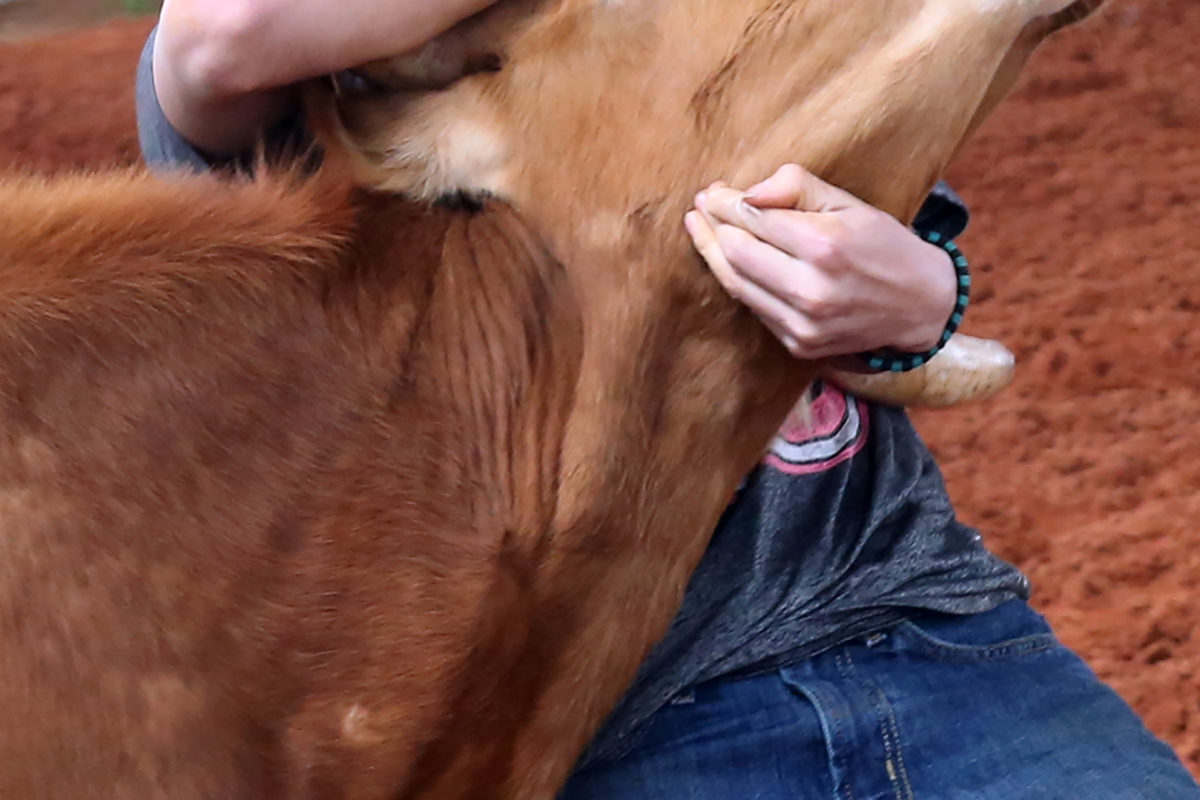 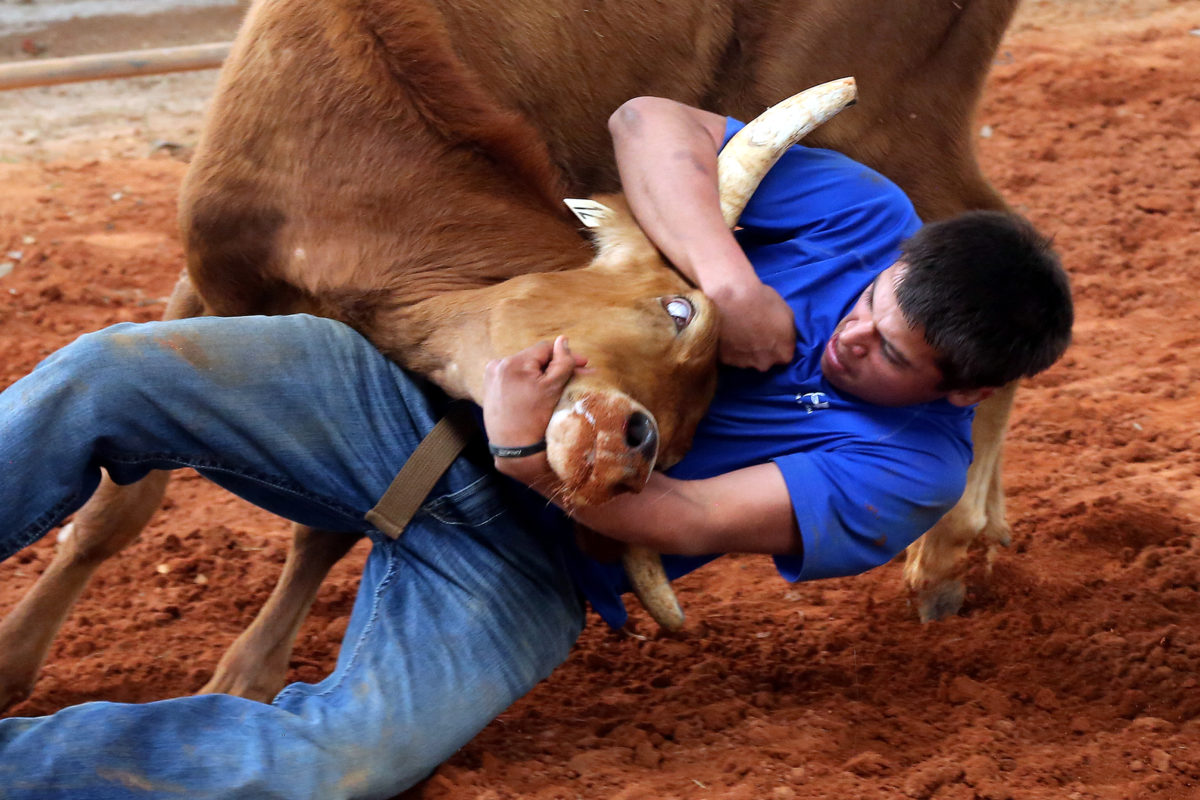 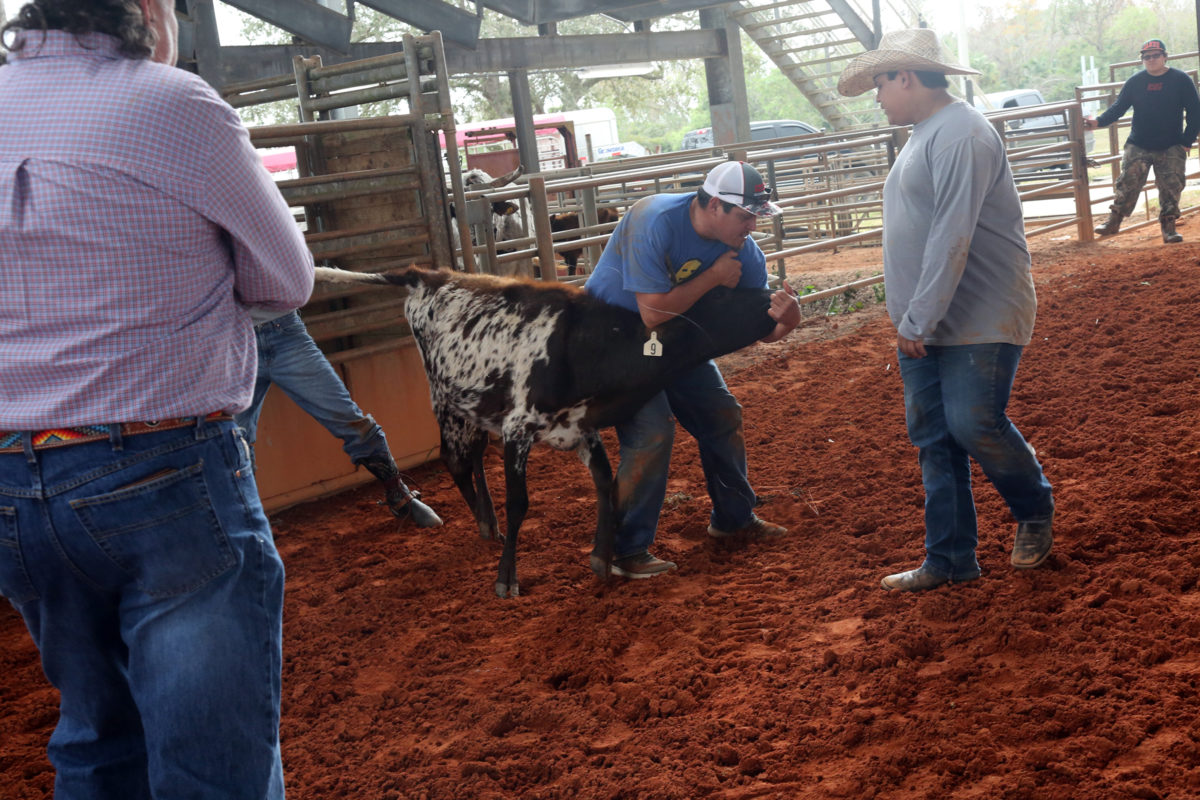 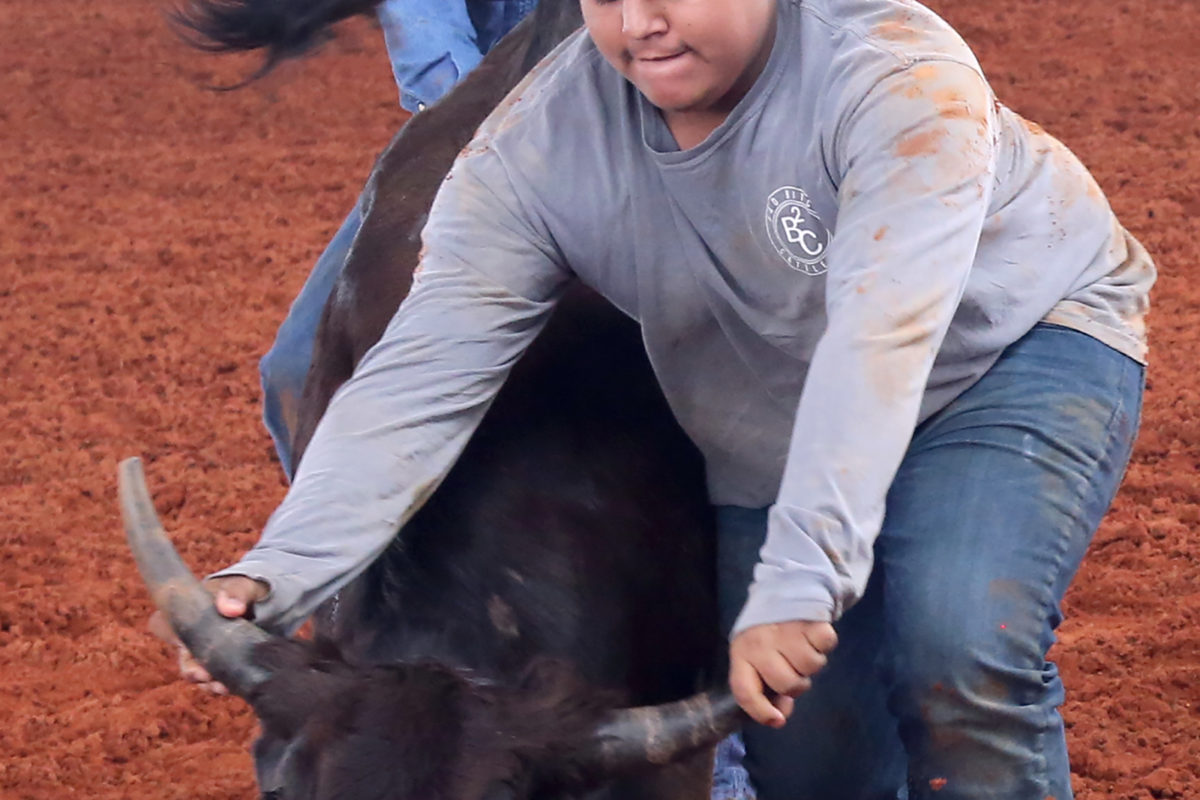 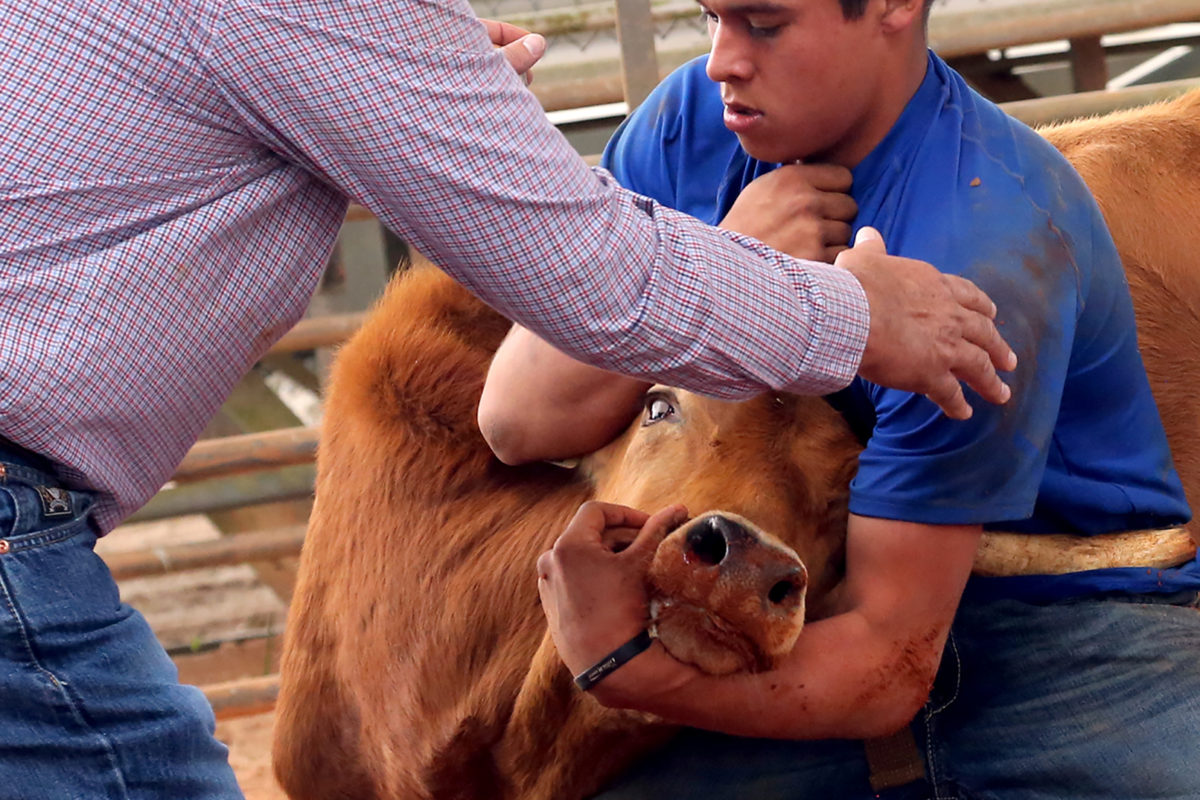 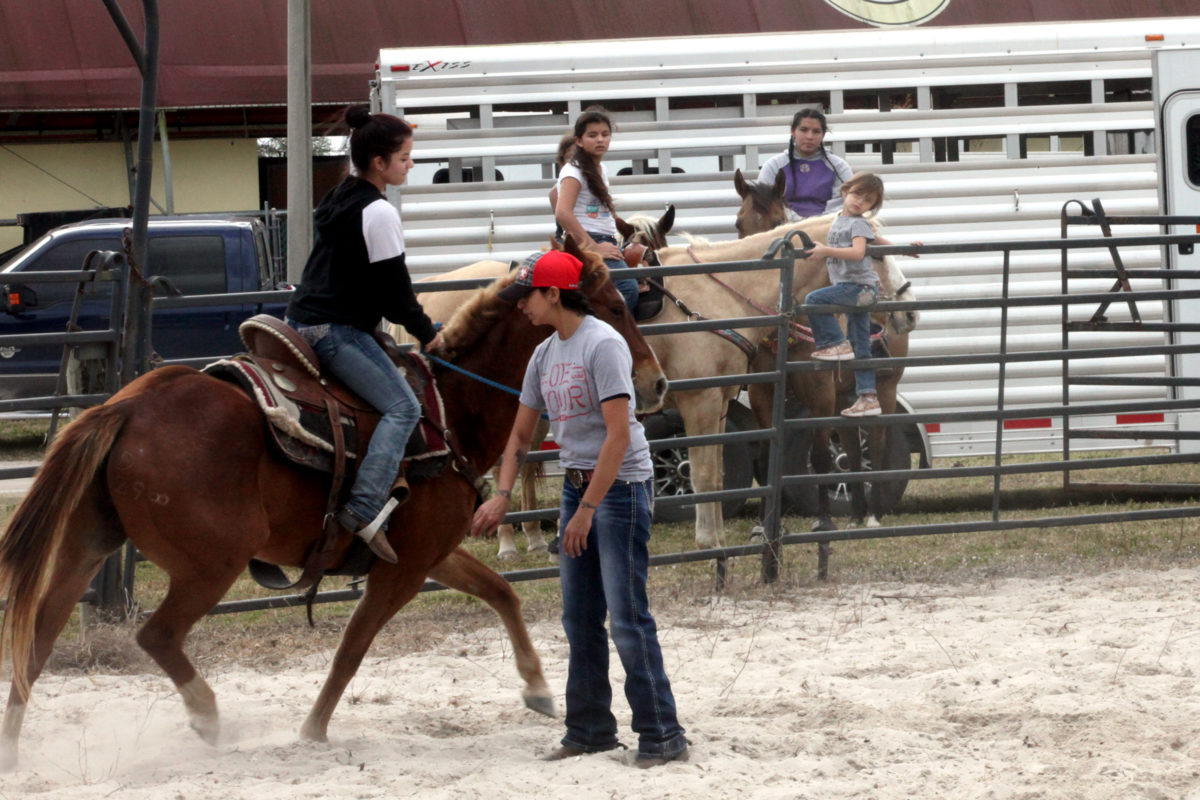 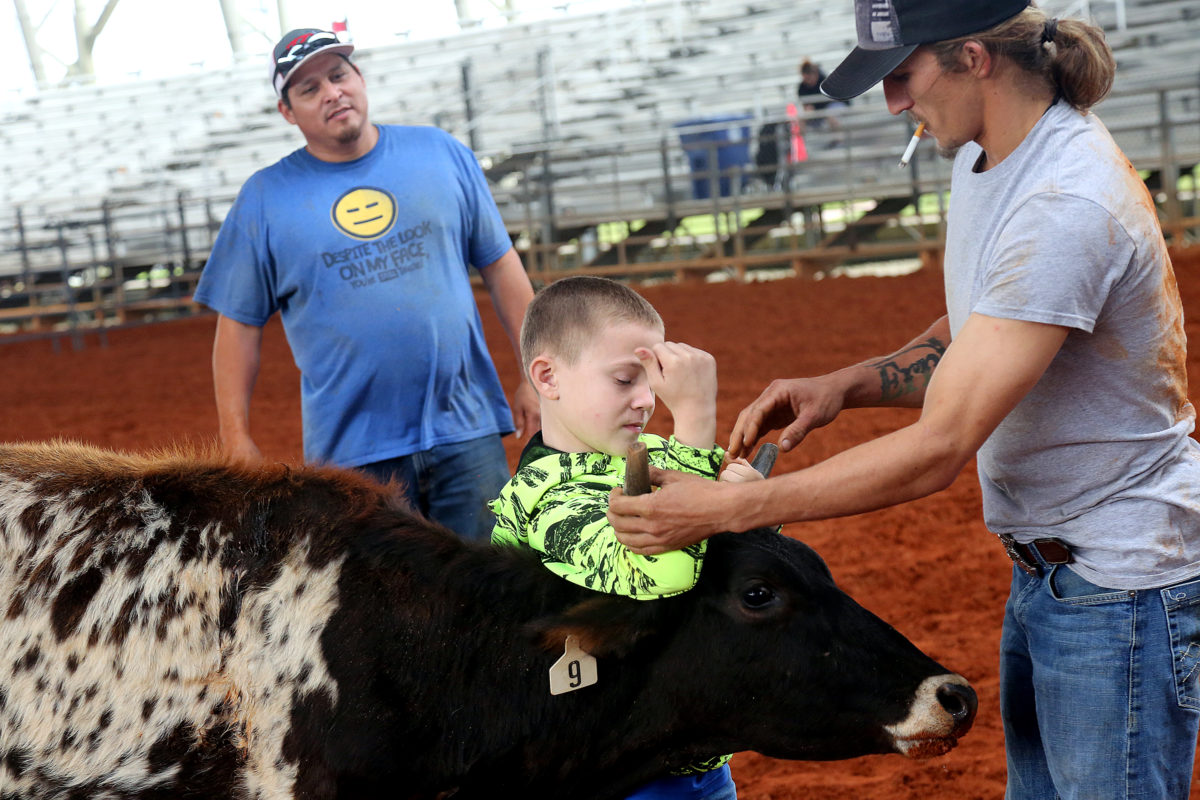 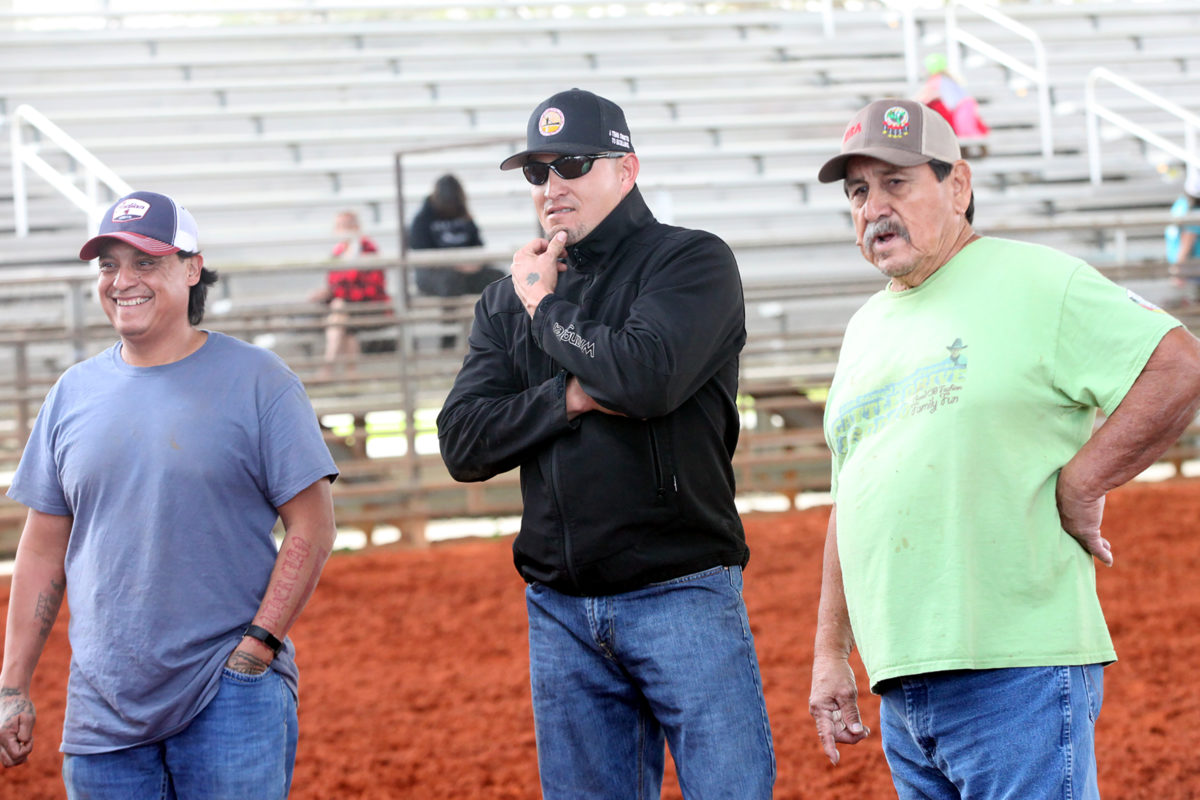 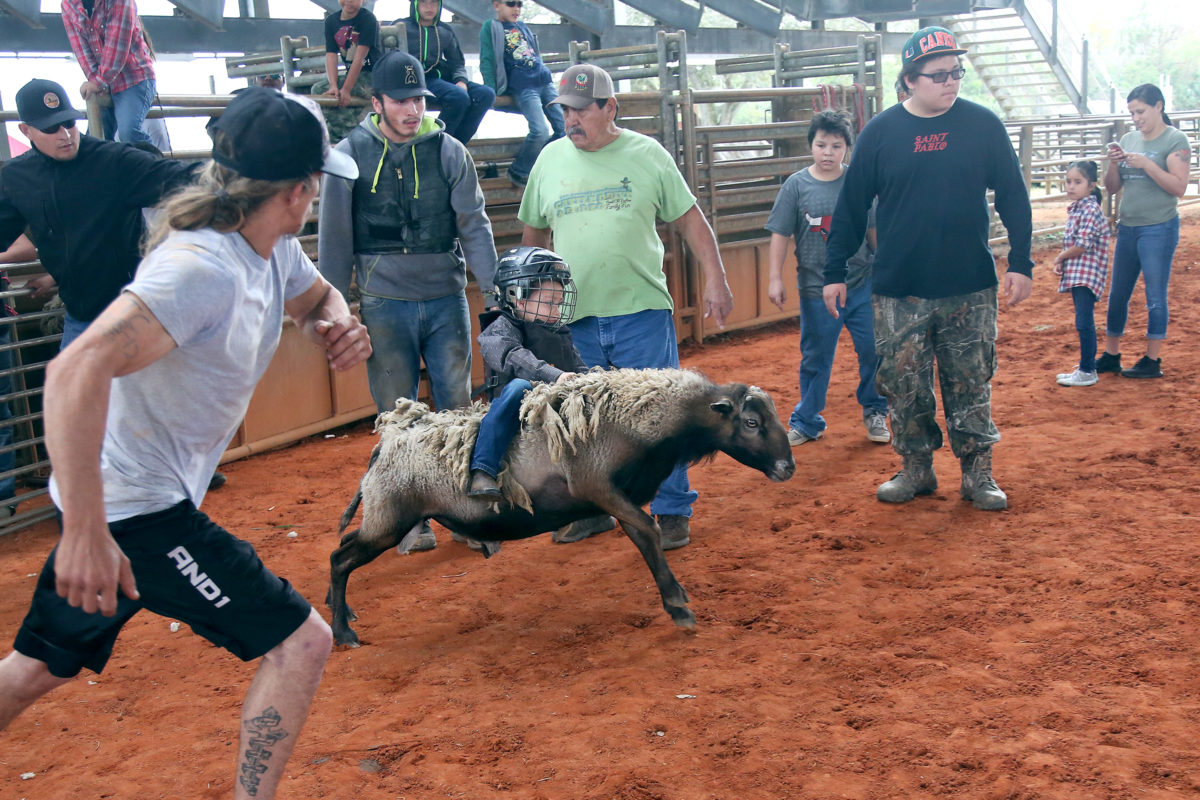 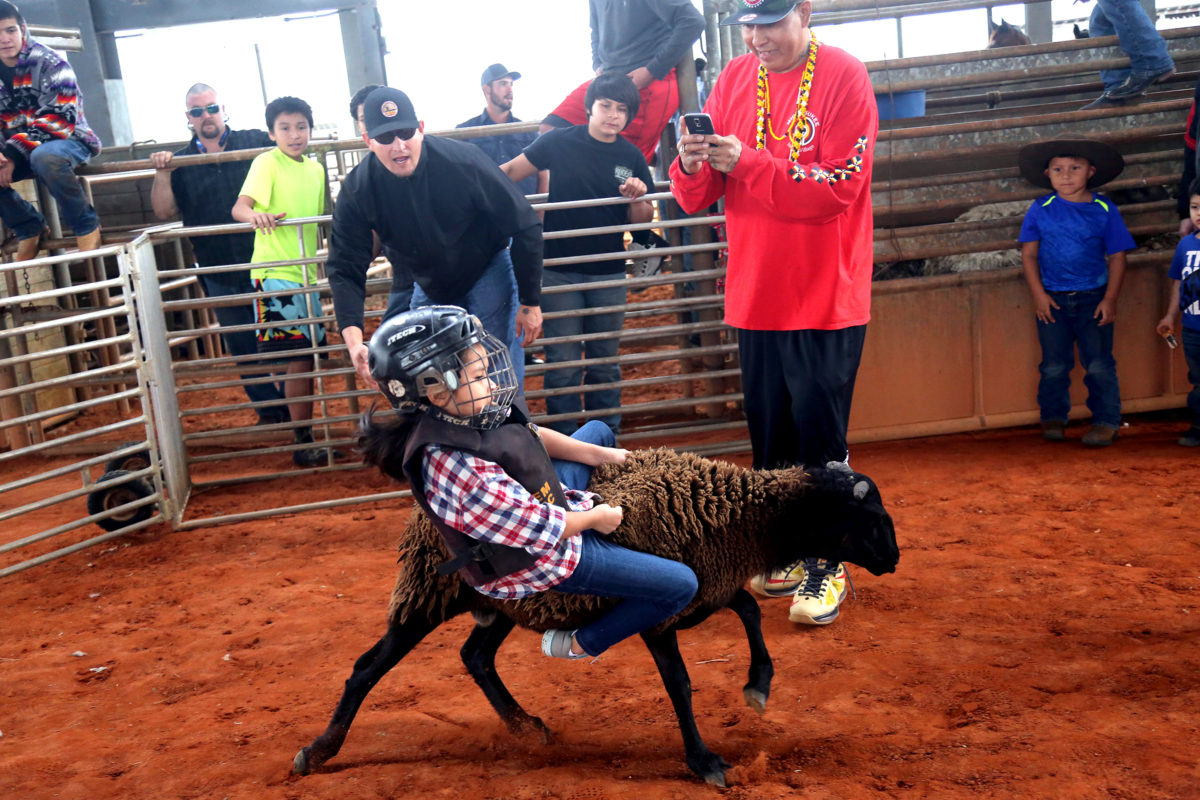 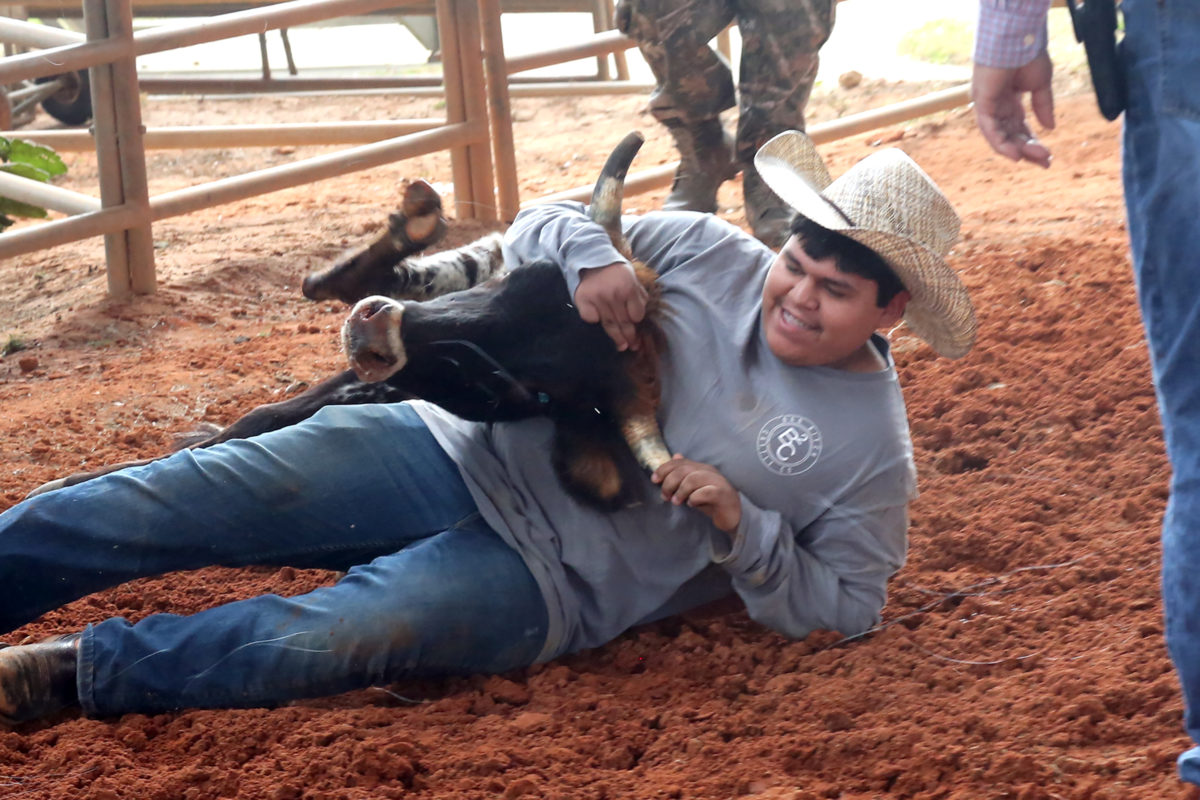 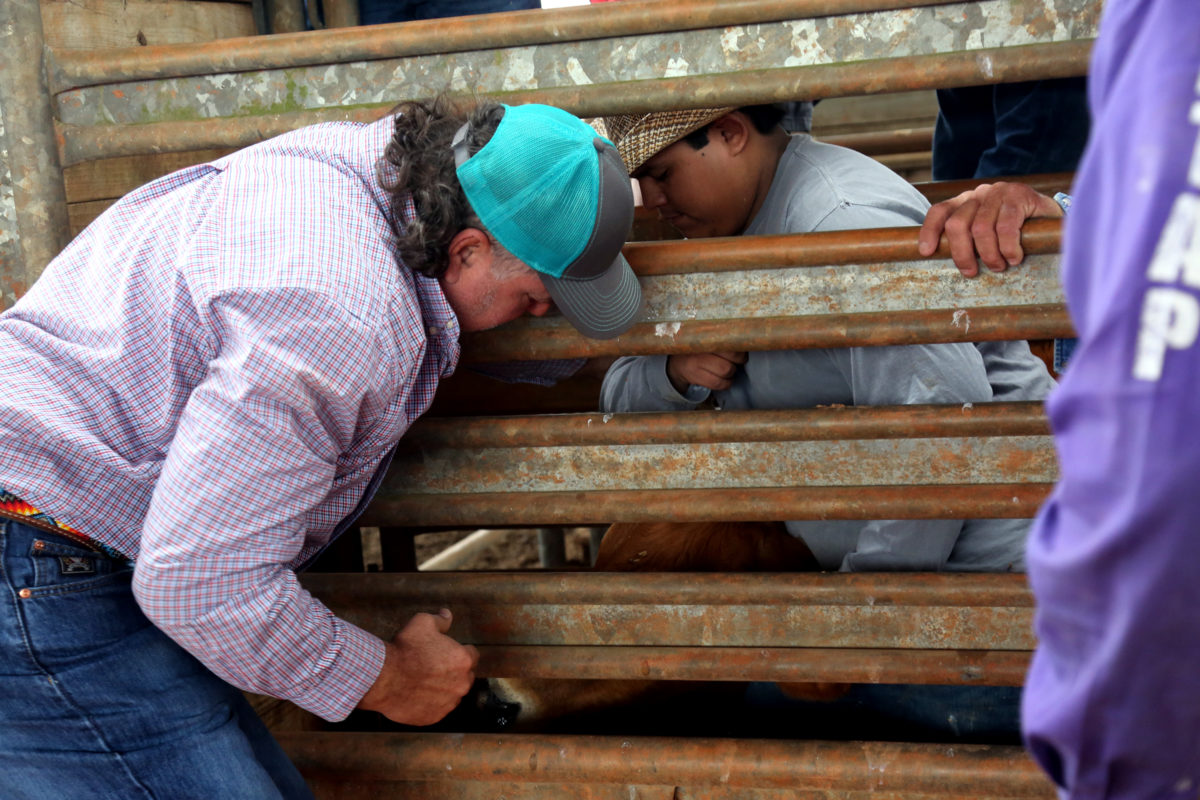