IMMOKALEE — The New Year started with a bang for Edward Aguilar; on Jan. 1 he was promoted to assistant general manager/vice president for the Seminole Casino Hotel Immokalee. 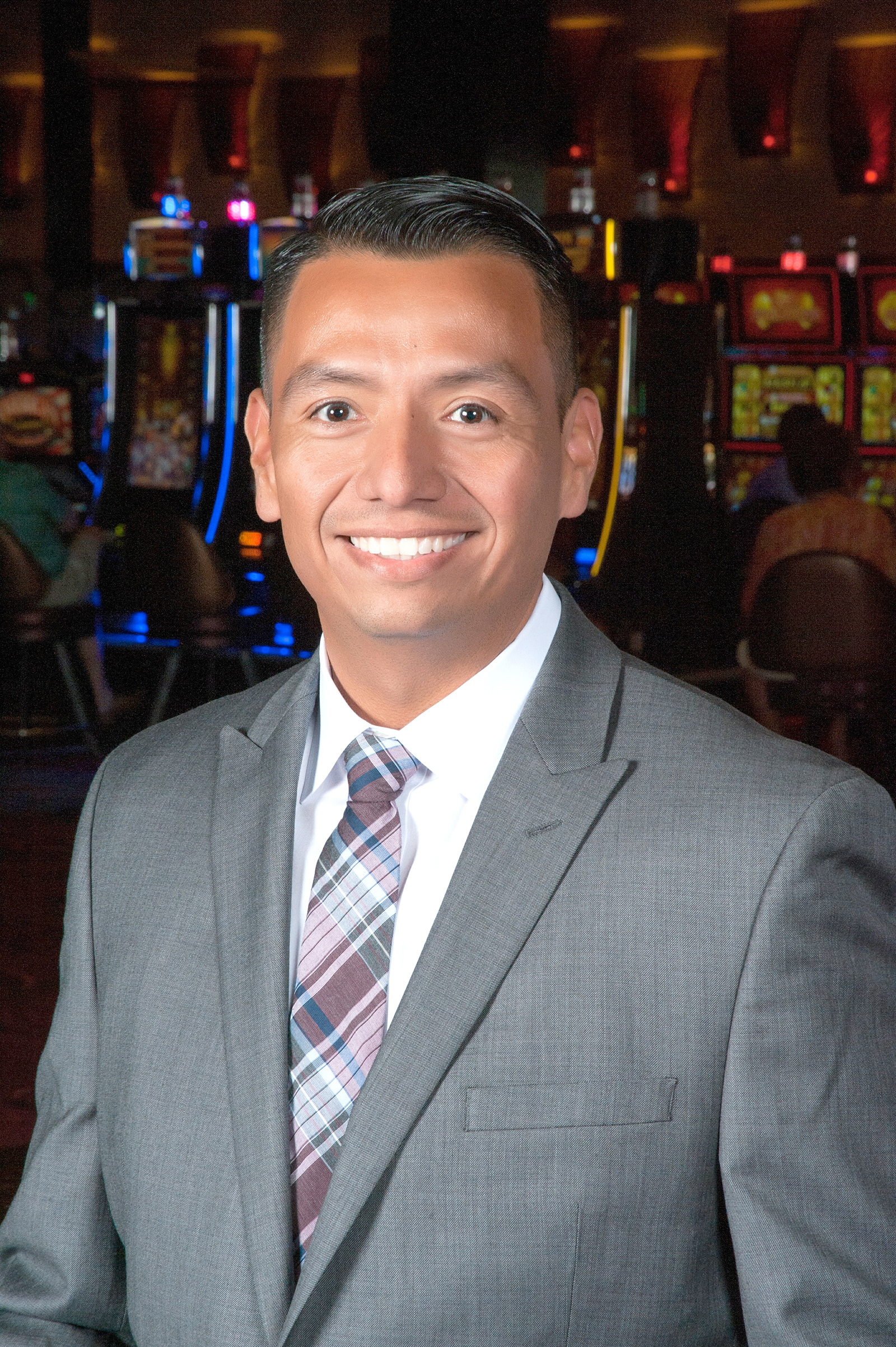 A member of the Tribal Career Development program since 2013, Aguilar has forged a successful career with regular promotions at the Immokalee property. He has held leadership positions in numerous departments including Food & Beverage, Marketing, Table Games, Hotel and Human Resources. In 2015 he was named assistant director of slot operations and in 2016 he was promoted to assistant director of casino operations.

“It’s been an ongoing process and has been very rewarding,” Aguilar said. “My focus is still the guest experience and service. I hope to use this platform to continue to be a greater servant to the Tribe and the team members here in Immokalee.”

Aguilar oversees daily operations, quality assurance, guest experience, property communications and assists department heads as needed. The property has about 1,000 employees and management plans to conduct a team member survey soon to assess what can be improved or changed.

“We will see if there are any hot spots and try to correct them,” Aguilar said. “We want to make sure this is truly a place where everyone is happy to come to work and deliver on the guest experience.”

Another important role for Aguilar is to promote the TCD program to Tribal members who may be interested in a gaming career.

“I still see a void and am heavily involved in trying to promote the program and recruit interns,” he said. “Getting them exposed to leadership courses early while they are still interns will give them an incentive to continue.”

TCD began in 2003 to train the next generation of Tribal members to manage the Tribe’s gaming business. Interns work their way through every department while they receive mentoring and on-the-job training. The program is open to all Tribal members age 18 and older who have at least a high school diploma or GED. Interns work every shift so they experience the casino at all hours of the day and night.

In 2006, Aguilar was promoted to sssistant vompliance officer at Seminole Casino Immokalee. He later worked for several years at the Immokalee Board office.

“I’d love to see this property continue to grow,” Aguilar said. “With the merger of Hard Rock International and Seminole Gaming, there could be opportunities that may open along the way. If there’s ever a need and I’m called upon, I’ll be ready.”