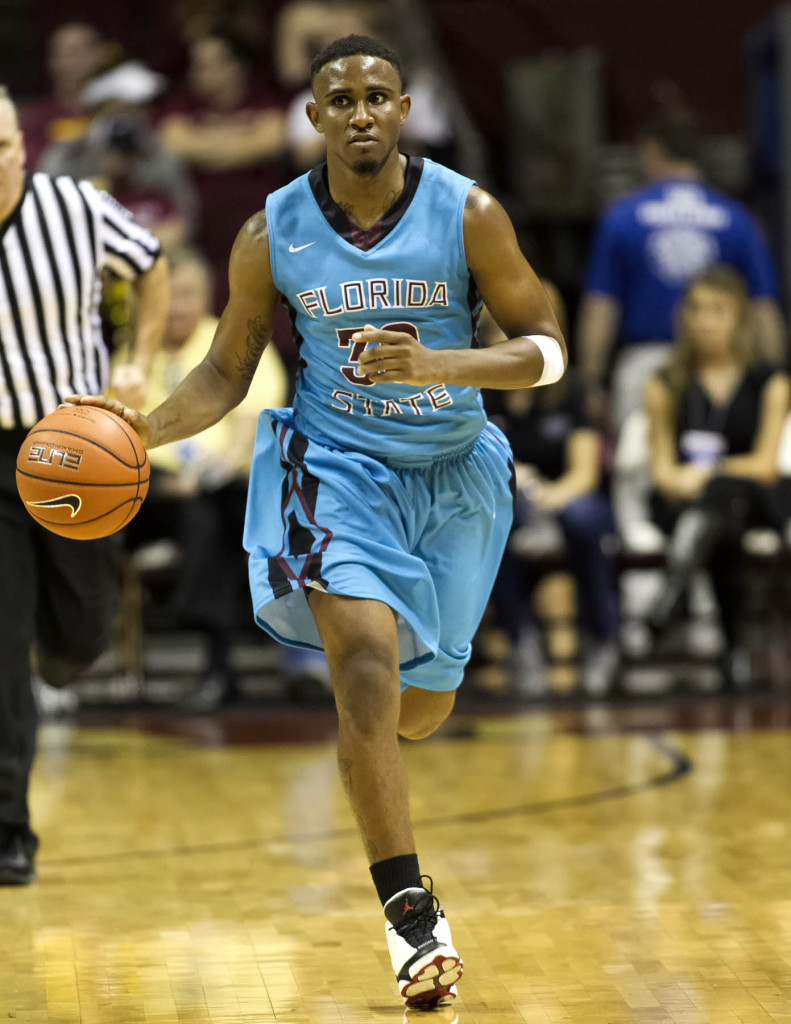 TALLAHASSEE — In a series of college basketball games throughout Native American Heritage Month, Florida State University honored Native Americans by swapping their traditional school colors for turquoise Nike N7 uniforms during their game against University of Tennessee at Martin Nov. 17.

The goal of the games, inspired by the Native American wisdom of the Seven Generations, is to encourage Native youth to lead active lifestyles and be a positive force for future change.

Proceeds of the N7 line go toward bringing sports programs to communities to fight obesity and help youth develop discipline, focus and the will to succeed.

College players wore turquoise, a symbol of friendship and community in Native American culture, to reflect the support of the four schools, which all have unique connections to N7 and Native Americans.

Oregon State was the first to sport the uniforms in 2010; one of the players, Joe Burton, a member of Soboba Band of Luiseno Indians, was the first member of his Tribe to earn a full athletic scholarship at a major university.

Nevada is inspired by former team member and current professional basketball player, Tahnee Robinson, a native of the Wind River Indian Reservation in Fort Washakie, who also serves as an N7 athlete ambassador.

New Mexico has a unique relationship with the 19 Pueblos, Jicarilla Apache Nation, Mescalero Apache Tribe, the Navajo Nation, the Notah Begay III Foundation and partners through its hospital and education programs.

“I know that we’ll continue to have a great relationship with the Seminole Tribe, as well as Nike,” Wilcox said. “We are very big supporters of N7. It brings us all together to celebrate and to recognize a great tradition and a great people.”

Wilcox said that FSU will continue to support N7 and participate in future N7 games. The basketball team will don the uniforms a second time Dec. 21 at the BB&T Center in Sunrise during their game against University of Massachusetts.