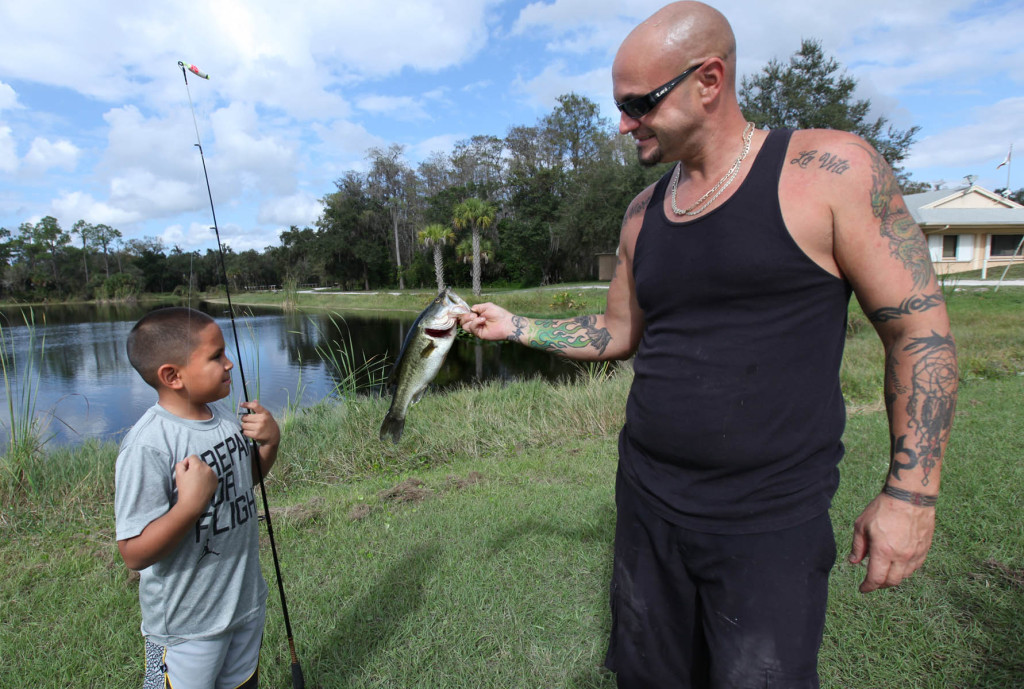 BIG CYPRESS — It was no secret from the boss when Paul Scott played hooky from work to go fishing on a recent Saturday.

“It’s a great day to be with my kids,” said Scott, who owns a maintenance business in Hollywood. “Luckily, work will wait for me. My boys won’t.”

Scott and his sons Kadin Tommie, 8, and Xzavion Tommie, 6, were among 60 competitors Dec. 7 at the Take a Kid Fishing Tournament sponsored by Big Cypress Recreation and based at Moses Jumper’s boat ramp and dock.

There, grown-ups and children teamed up with poles, reels, tackle and bait to fish from docks, banks and boats at the 8 a.m. start. Some stayed put, casting lines along the canal. Others motored off in trucks or water crafts.

Twenty-one teams brought back something – even a few fish stories.

All participants received tackle boxes, and all children were given new fishing rods.

“There are some monsters out there, but not today,” Frank Marrero said.

Sheila Billie, Trinity Williams, Sabre’ Billie, William Bevenue and Reginald Ling won third place in both bass categories. The team weighed in with a 10.48-pound combined catch and one 5.36-pound bass but was mum about where and how the catches were made.

Albert Snow won first place in the garfish contest with a 6.45 catch, while Eric McCree took first place for the largest mudfish at 2.94 pounds. Snow’s team, which included Rudy Juarez and Jagger Gaucin, brought in a 5.5-pound bass for second place.

The big winners of the day were Jacob Cotton and Catlen Tommie, who brought in five bass that totaled 12.16 pounds.

“We actually caught 45 fish – but all went back to the water except for the biggest,” Tommie said.

Moses Jumper and his grandson Javian Cypress did not hook a single catch along the west boundary canal but enjoyed the experience.

“That’s what today is about. Now kids will be bugging us to go fishing and that’s a good thing because fishing is a good sport,” Moses Jumper said.