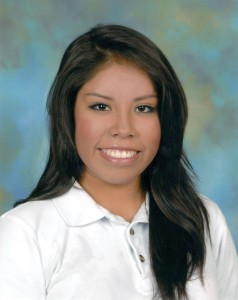 PHILADELPHIA — Tribal youth Neyom Osceola recently expanded the Tribe’s horizons as the first Seminole to attend a prestigious pre-college workshop in its nearly 15 years of existence.

College Horizons is a rigorous, six-day college prep course for Native American high school sophomores and juniors from around the nation. The program, established in 1998, helps fill the void that many Native Americans experience when it comes to quality college counseling and academic advising.

Osceola was among about 100 students who attended this year’s workshop at the University of Pennsylvania in Philadelphia during the last week in June.

More than 70 expert college counselors and admission officers helped students select schools to apply to, write essays and create resumes. They also helped participants complete the Common Application, prepare for the ACT and SAT, and seek financial aid and scholarships.

“When they take you into their arms, they make sure you don’t leave the program without having finished everything,” said the junior at American Heritage and Miramar resident. “This whole program is eye opening.”

Osceola, daughter of Charles Osceola and Pearl Bert, has been preparing for college since day one of high school; in addition to maintaining a strong GPA, she’s immersed herself in extracurricular activities, including choir, drama, basketball, the Breast Cancer Awareness Club and the Seminole Youth Council.

But she still had much to learn at College Horizons, which her history teacher, Charles Stephenson, and guidance counselor, Nicole Wilson, nominated her for.

“I didn’t know what a resume looked like,” she said. So Columbia University senior admissions officer Jessica Cho helped her create her first resume.

Then there was the college essay. Although Osceola was nervous about writing it, Cho gave her a focus, suggesting she describe her responsibilities helping raise her eight siblings.

“Anyone from the rez can relate to that or write about that,” Osceola said.

Osceola was thrilled to be paired with Cho because Columbia is her first choice of colleges. She’d like to study journalism there for her bachelor’s degree and then get her MBA, she said.

However, Osceola knows she needs to apply to other schools as well. Sarah Graham, director of college counseling at Princeton Day School, introduced her to other viable options based on her preferences, which prepared her for the workshop’s College Fair.

At the fair, she zeroed in on her top choices among more than 35 colleges represented. She asked several representatives about their schools’ journalism programs, campuses, student bodies and Native American populations. She learned that Emory University, Barnard College and Brown University offer programs that match her interests and discovered that Brown offers an appealing curriculum of pass/fail courses.

“It opens your eyes to what you didn’t know was there before,” she said. “I felt like I had more options and more colleges I could fall back on that were realistic.”

Osceola also bonded with Native American peers from around the country, including Navajos, Crows, Cherokees, Choctaws and Native Hawaiians.

Participants exchanged culture at a traditional night, where Osceola gave a presentation on how to make Seminole patchwork. Others told stories in their Native languages, stomp danced, hula danced, sang and played instruments.

“It’s exposure to all of these Tribes that you don’t get to see every day,” she said. “College Horizons is diverse in comparison to other college prep programs.”

Native American alumni also shared stories about racism they experienced on campus and brainstormed ways to combat it. Natives are the most underrepresented minority population on college campuses, College Horizons reported.

“They told us we should have a thick skin,” Osceola said. “Ignore it or get involved with ethnic clubs to educate our peers about Native Americans.”

At the end of the week, participants took home helpful resources, including an SAT or ACT prep book and some web addresses to check out (www.collegeboard.org for test prep tips and www.fastweb.com for scholarship information).

“It’s definitely worth all the work because when you come home you know you’ve finished the majority of your college application,” she said. “All of the work is done…and done well. It’s very hands on.”

Osceola’s goal is to return to College Horizons next year with at least one fellow Seminole.