Skip to content
You are here
Home > Sports > Cheyenne Nunez, State College of Florida softball prove to be ideal fit

There’s been a lot for Cheyenne Nunez to like about her first season of playing college softball. 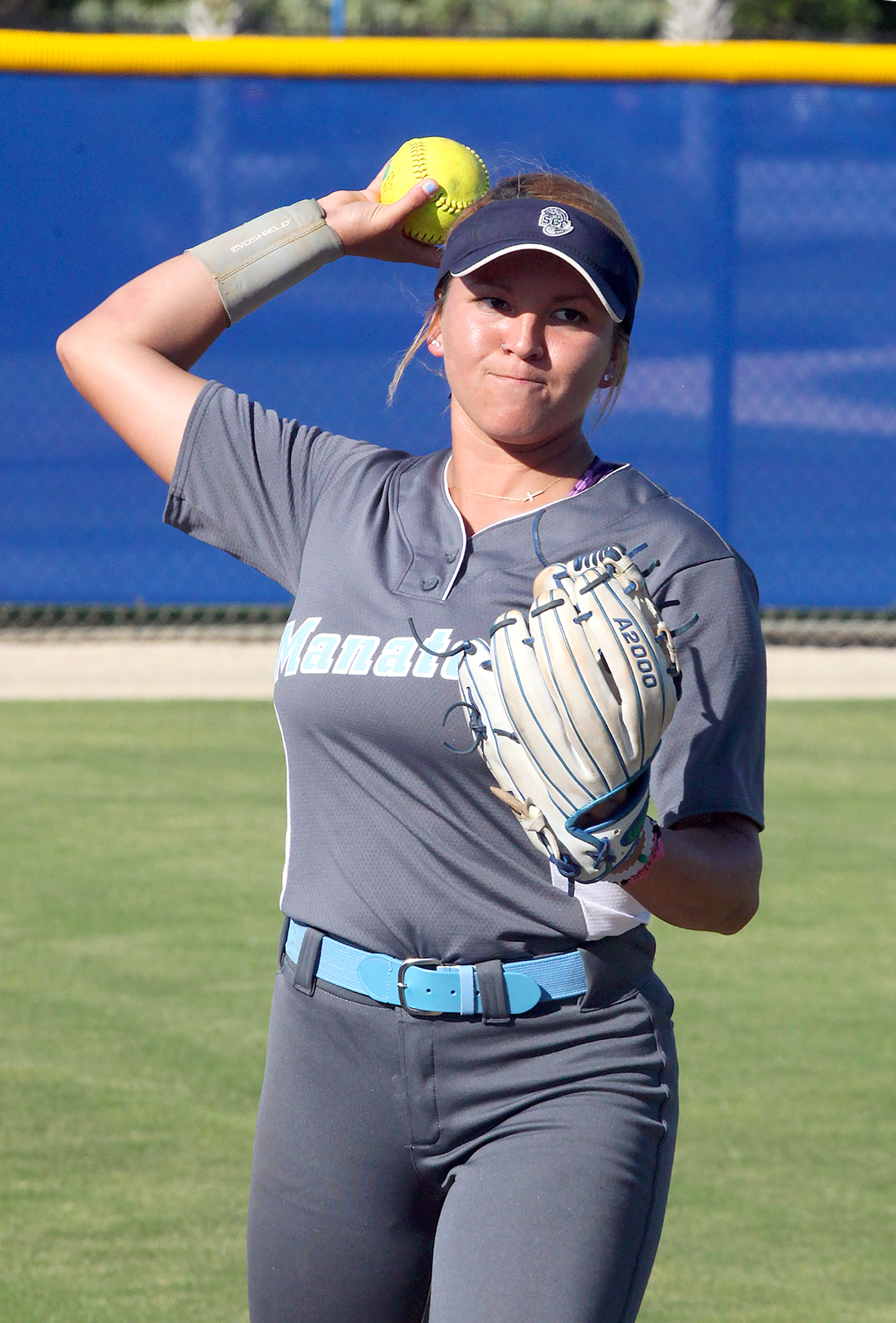 She likes her teammates, coaches and school and loves being a starter on the State College of Florida Manatee-Sarasota softball team which won 10 of its first 12 games this season with the former Okeechobee High School standout providing plenty of contributions at the plate, on the base paths and in the field.

Nunez, from the Brighton Reservation, has started in right field and batted from the No. 2 spot for most of the season. She entered March as the team’s second leading hitter with a batting average of .344 and a team-leading seven stolen bases.

She had 11 hits through her first 13 games. She didn’t waste any time producing for the Manatees, coming through with a hit, walk and RBI in her first career game, a  6-5 loss to Iowa Central Community College in late January.  She’s had two-hit games against St. Johns River State College, Lake-Sumter State College and Seminole State College.

The only bump on an otherwise smooth road so far was a painful one.  Nunez’s strong season was interrupted Feb. 10 when she was plunked by a pitch on her right forearm while attempting a bunt in a game against Santa Fe College. She had to leave the game and she sat a doubleheader against Indian River State College in Fort Pierce the following week.

“I thought it was broken,” Nunez said between games as SCF was swept by IRSC, 9-1 in a five-inning game ended by the run rule, and 3-0 in the nightcap.

“This is the first time I’ve ever been run-ruled. My coach is not very happy right now; none of us are,” Nunez said about game one. “My coach hates losing. I hate losing.”

The following day Nunez returned to action – although only as a pinch runner – and SCF returned to the win column with a 9-4 triumph in the first game of a doubleheader sweep against Broward College. Nunez stole a base and scored a run. The injury, however, continued to keep her out of the lineup as the team headed into March.

Being out of the lineup was something Nunez had to get used to last year when she redshirted in her first and only season at Florida SouthWestern State College in Fort Myers before transferring 90 miles up Interstate 75 to FSC in Bradenton.  She practiced with the team, but did not appear in any games, which means she will have three years of playing eligibility remaining after this season.

“Coming from high school, I went through some bumps in the road. Bouncing back I think was the biggest thing for me,” Nunez said. “A lot of people doubted me … but I was like ‘You’re here for a reason. God has your back; your family has your back. They’re going to support you.’ Now that I’m here and I’m in it and I’m getting at-bats and fielding time, I’m living it and I love every second of it.”

By sticking with softball, Nunez hopes that she and other Seminole athletes – such as Florida Gulf Coast University softball player Ahnie Jumper and Nova Southeastern University basketball player Skyla Osceola – can be inspirations for younger athletes to follow in their footsteps.

SCF has turned out to be a good fit for her under a coaching staff led by Mandy Schuerman.

“They’re going to want you to hit the way they want you to so you can be more progressive and better, and these coaches know exactly what they’re talking about,” Nunez said.

“They try to change you to be a better person, not just in softball, but in life,” Nunez said.

As for academics, Nunez, daughter of Peggy and Daniel Nunez Sr., plans to focus on getting degrees in business, psychology and/or biology.  She said her career objective is to become a dental hygienist for the Tribe.