BIG CYPRESS — A one-day, double elimination tournament hosted by Big Cypress Recreation proved to be a popular stop for youth basketball players before the Thanksgiving holiday.
Champions were crowned in five divisions Nov. 12 in the Turkey Bowl Basketball Tournament at the Herman L. Osceola Gymnasium.

Kai’s Squad was the first team to hoist a championship trophy. Coached by Erin Buster, Kai’s Squad knocked off Lil Rebels, 26-14, in the U11 coed championship. Tanner Gore had the hot hand with a game-high 10 points for Kai’s. Ezekiel Billie contributed 8 points and Jalen Cole added 7 points.

In the U14 boys title game, Natives used a game-high 16 points from Jaylen Baker to hold off N3, 37-35. Ramone Baker’s 10 points helped the Natives secure the title. N3 was led by Kutch Huggins with 12 points and Demarcus Crawford with 11 points.

Native Elite ruled the U17 girls division with balanced scoring that was evident in the 38-36 championship win against Benchwarmers. Charli Frye scored a team-high 10 points followed by Tiana Stubbs (9), December Stubbs (8), Caitlin Billie (6) and Amarys Huggins (5). Benchwarmers nearly pulled out the upset thanks to 26 points from Alena Stockton.

Charlie Osceola drained three 3-pointers on his way to a game-high 17 points as Darkside cruised past Triple Threat, 57-43, in the U17 boys championship game. Darkside received a strong inside game at both ends of the floor from Shelby Osceola. Triple Threat was led by Nate Crawford with 15 points and Issiah Alvarado with 7 points. 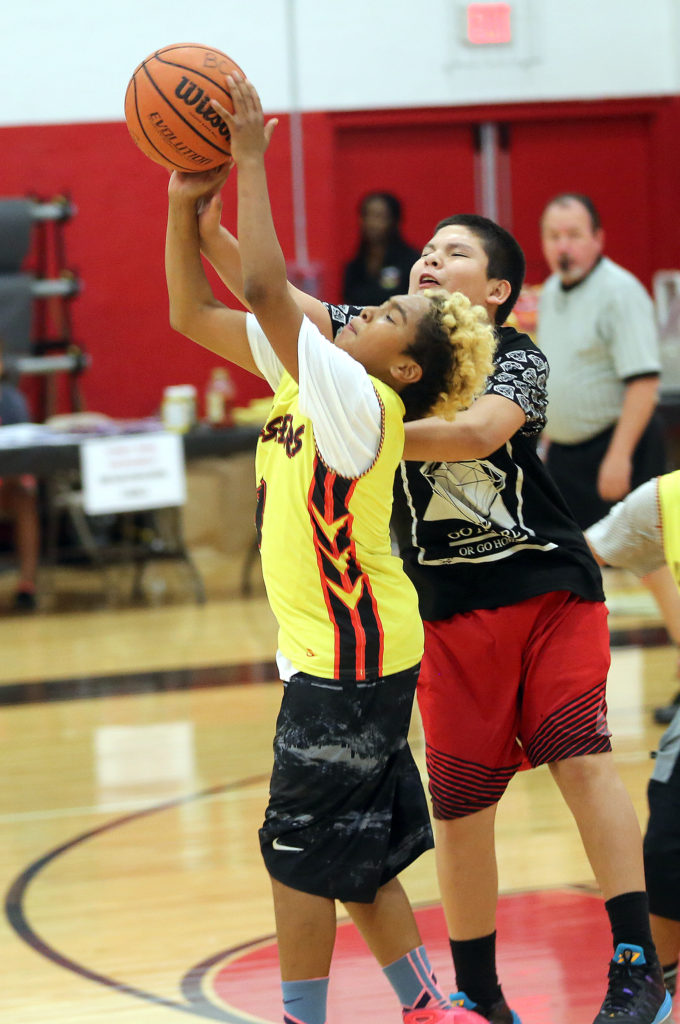