BIG CYPRESS — The cow pen in Big Cypress and the marsh pen in Brighton bustled with activity from July 9 to 20 as 3,672 calves were prepared for shipping to feedlots around the country. The harmonious sounds of the cattle filled the area as they were weighed, logged, sorted and shipped out.

The annual event gives cattle owners a way to sell their calves after raising and caring for them for nearly nine months. Sixty-two cattle owners shipped the animals, which weighed an average of 532 pounds each, in 39 truckloads headed to feedlots in Georgia, Mississippi, Kansas, Nebraska and Colorado.

Moses Jumper Jr., a third generation cattleman, has been raising cattle on the same Big Cypress pasture since he was a boy of 10 or 11. Today, the fourth and fifth generations of Jumpers also raise cattle in those and nearby pastures. They all worked together to sort their calves for shipping July 16.

“This is a family deal,” Moses said. “Everyone in the family works; we don’t have any outside help. Even Blevyns’ girlfriend from Montana is helping.”

Moses’s grandfather Josie Jumper, his father Moses Jumper Sr. and his mother Betty Mae Jumper all raised cattle. His mother had 300 to 400 head of cattle in the 1920s in Indiantown, where she was raised.

“Cattle are part of our culture and tradition,” Moses said. “I can’t emphasize enough how important cattle are to us.”

All the Jumpers share Moses’ affection for the cowboy lifestyle and are part of the family business. For calf shipping, the Jumpers in the pasture and pens included Moses’ sons Naha and Josh, grandchildren Andre, Blevyns, Ahnie and Canaan and Josh’s father-in-law Jonah Cypress.

Moses believes that his 5-year-old grandson Caden could be the next generation of Jumper cowboys since he loves being on a horse and around the cattle.

“The best thing is the responsibility that comes with it [raising cattle],” Josh said. “I love the time I spend with my family out here.”

Josh’s son Andre Jumper has worked with the cows since he was old enough to walk.

“It’s not just the way I live, it’s what I do,” Andre said. “I learn something new every day. Today I learned to bring a can of wasp spray.”

While Andre and his brother Blevyns were moving calves at the family pen into the chute to be sorted by gender, they noticed a lot of wasp nests. Fortunately, someone had the foresight to bring a can of spray so they wouldn’t get stung.

Naha Jumper’s very first memory is being on a horse.

“Since I was old enough to be held on a horse, I’ve been out here,” Naha said. “I really don’t know nothing else. Ever since we were born, dad put a rope in our hands. These cows have been our family forever.”

Naha is glad there are enough cowboys in the family to take care of the cattle and that they don’t need anyone else to help. His 3-year-old granddaughters are already on horses. Naha bought his grandmother’s herd and shares the pasture with his father Moses.

“I remember Grandma out here with some fence pliers in her hands tying up wire,” Naha recalled. “I saw her get cut so badly, we had to take her to the hospital once. Then she came right back out to finish the work. She was a tough woman; I guess that’s where we get it from, that don’t quit attitude.”

After all the calves were counted, sorted and taken down the road to the cow pens, there was still plenty of work to do. The remaining calves needed to be branded. The animals’ hides were marked with either the J-Cross or Naha brand.

Moses and Naha’s pasture is more than 300 acres; Josh’s pasture just across Josie Billie Highway is more than 400 acres. The pastures are well tended and dotted with plenty of trees, open space and ponds.

“Cattlemen are the original conservationists,” Moses said. “Without us, who would care for the land?”

At the cow pen, most of the workers began their day at 6:30 a.m. or earlier to keep the cows from overheating during shipping. By the early afternoon, the temperature rises to levels not suitable for moving the calves. It’s important for them to rest before being loaded onto the trucks. One calf overheated while being loaded and fell to the ground. Fortunately, there were plenty of cowboys around so a horse was enlisted to move the animal into the shade to recover.

During calf shipping weeks, a traditional lunch is prepared by the cattle owners’ families and served to the owners, the cowboy crew and other workers.

Before the meal was served, all the calves destined for the road were loaded up and driven out in bulky 18-wheelers bound for feedlots far away. A few cows remained in the pens until the next day’s shipping and they serenaded the diners with a cacophony of calls.

“At big roundups like this, there is always food,” Moses said. “It’s a family affair. We come together, we feast, have a great time and fellowship.” 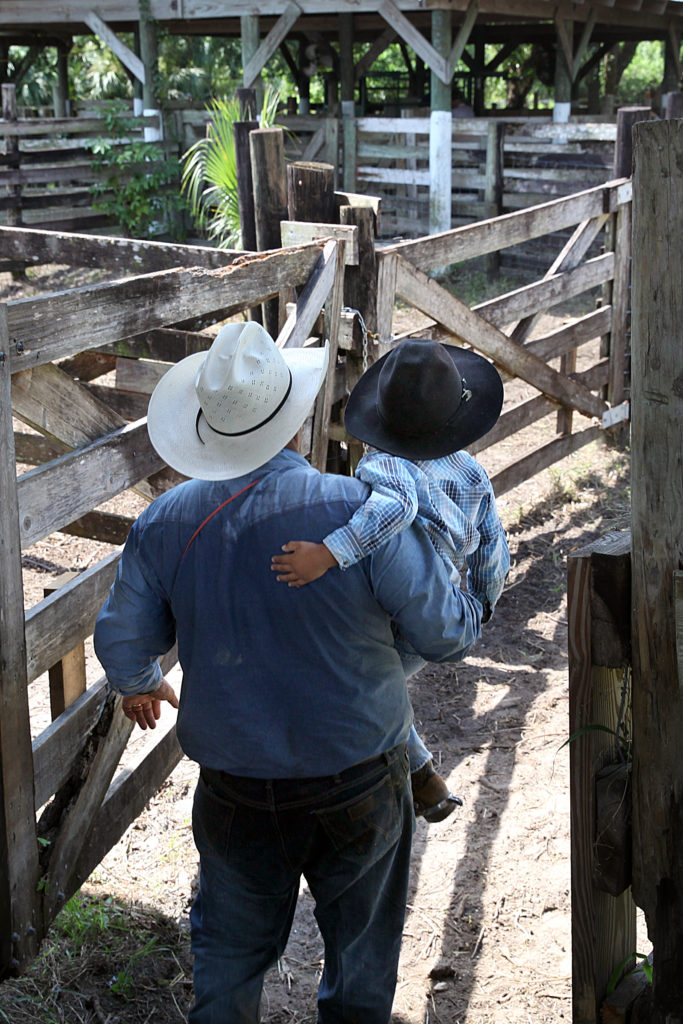 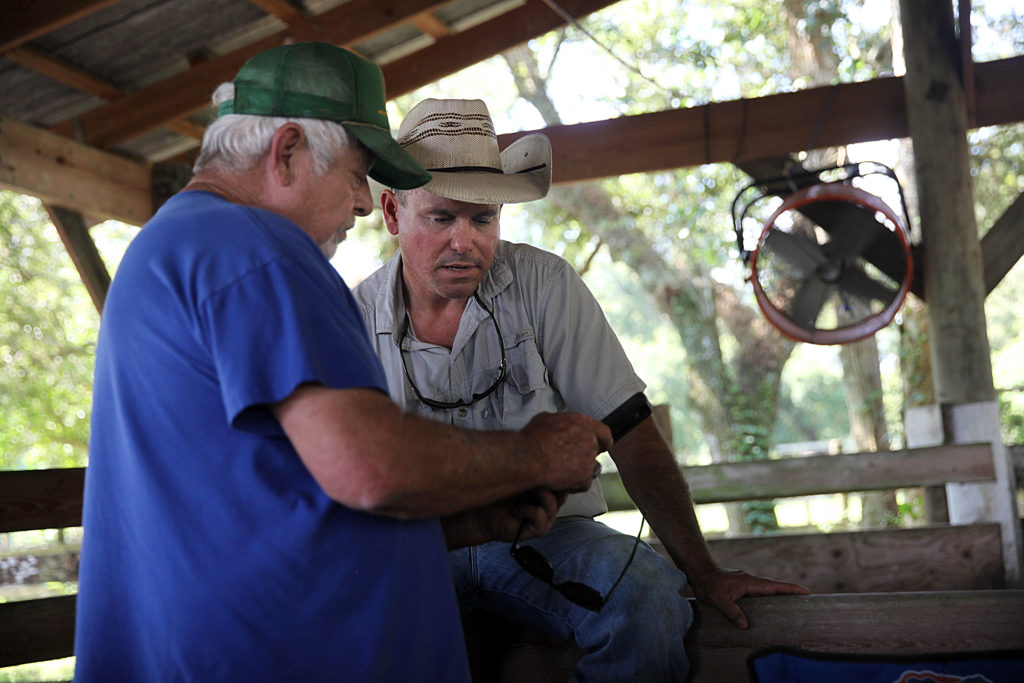 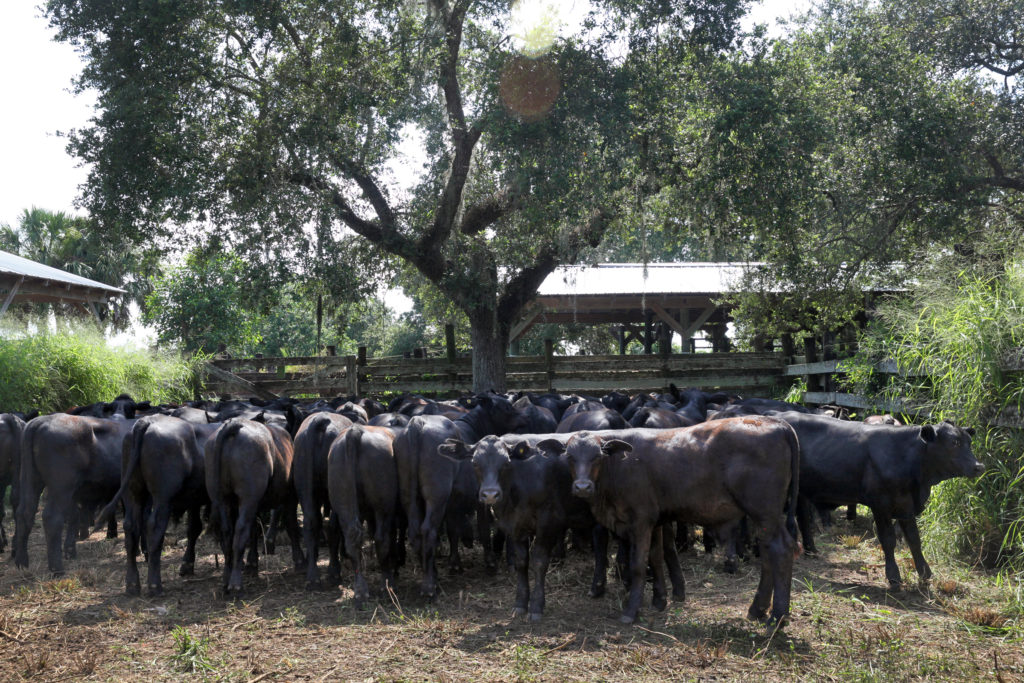 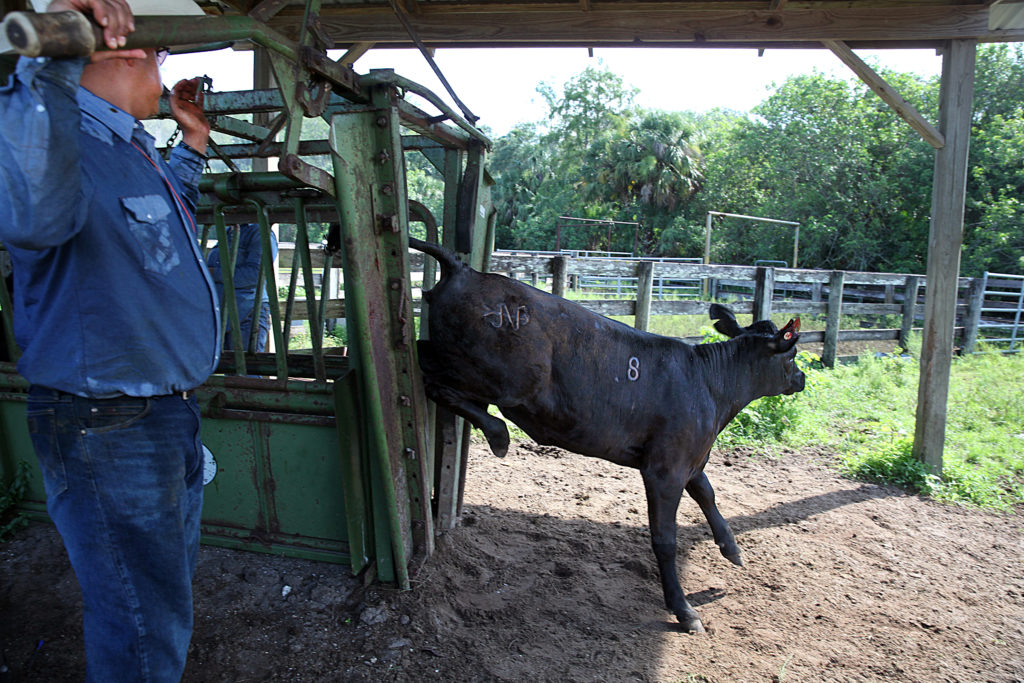 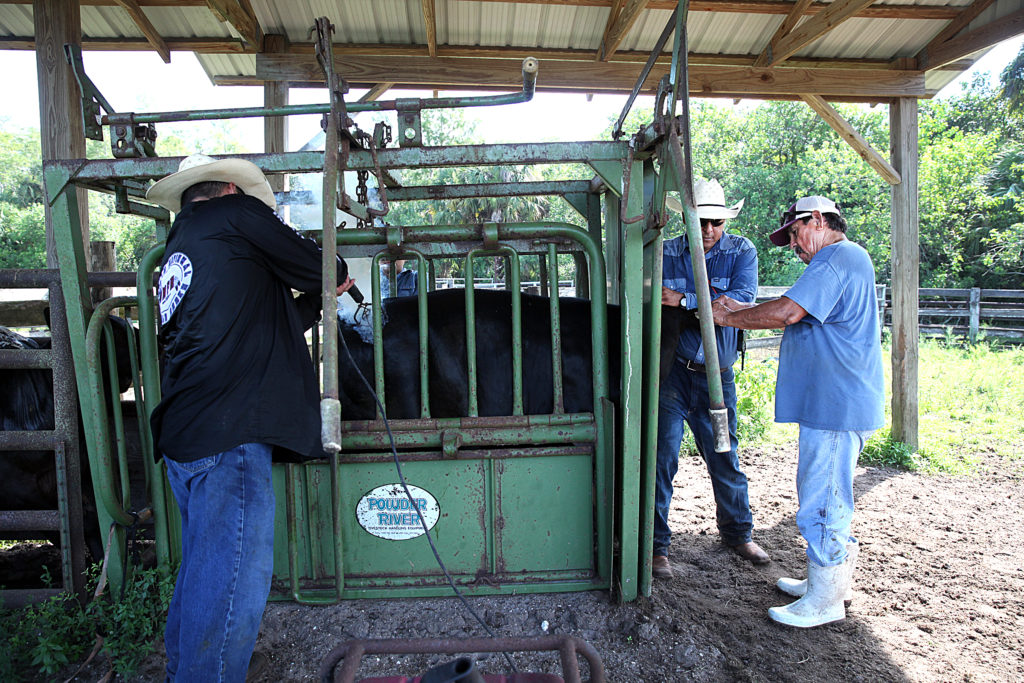 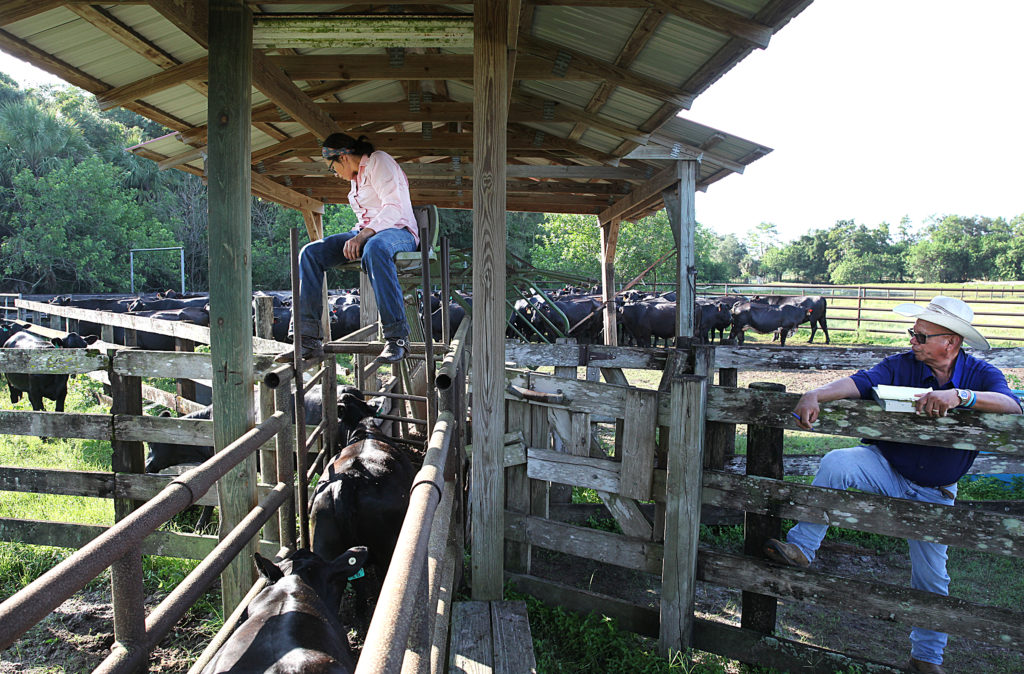 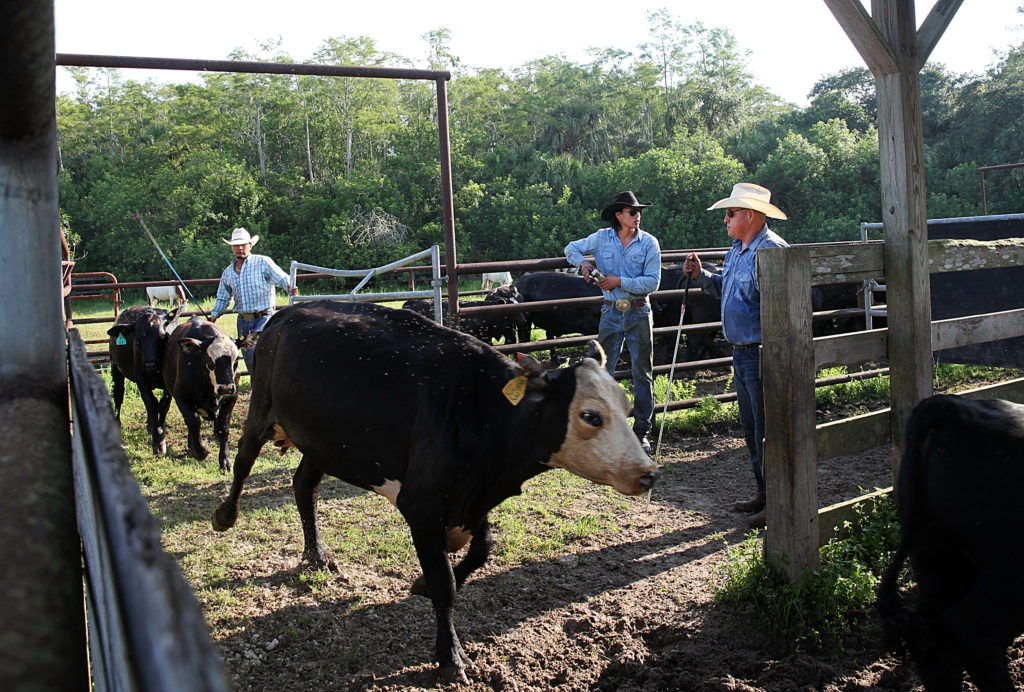 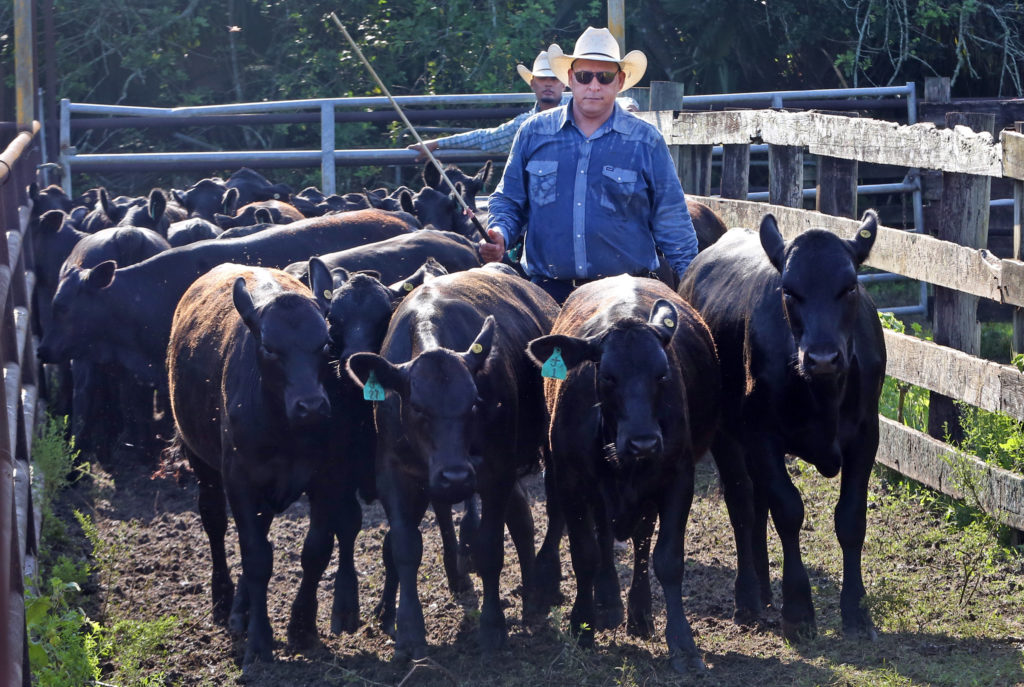 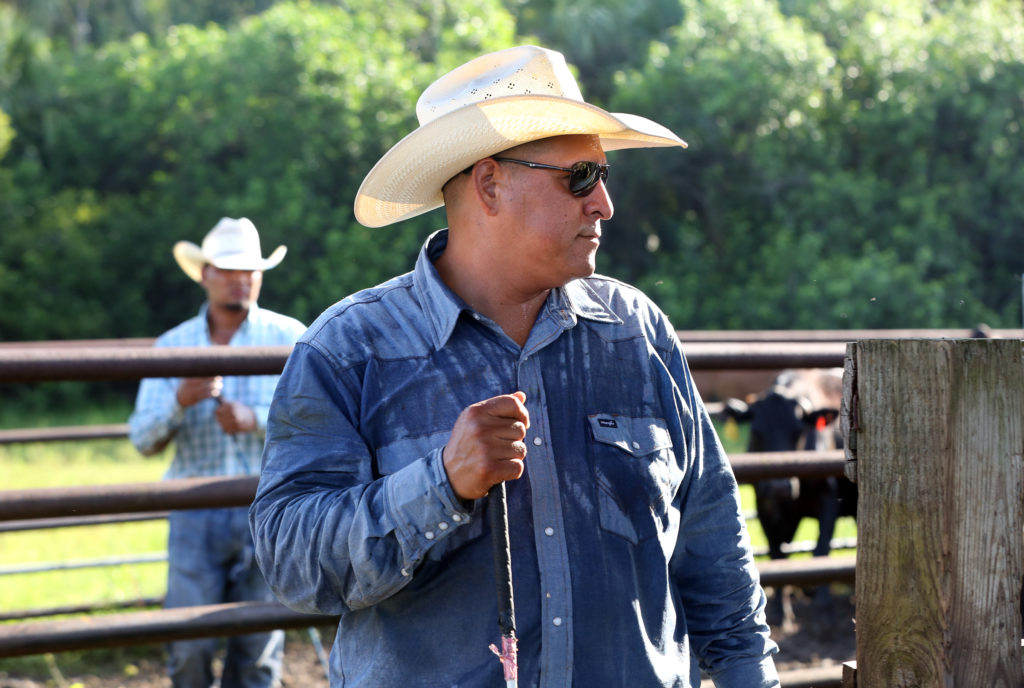