The one-day adult tournament, which organizers plan to be an annual event, drew three men’s teams to Chupco’s Landing Community Center on June 23. It started with an opening game thriller.

Trailing by eight points with a minute left in regulation, We’ll Be There somehow rallied to tie Biggie and force overtime. The “shot heard around Chupco” came from Al Fludd, who banked in a 3-pointer from the top of the arc with seven-tenths of a second left.

But Biggie responded like the champions they would become later in the day as they shrugged off the late rally and regrouped for an 87-80 overtime win.

Throughout the game, Biggie appeared to be ready to pull away but We’ll Be There, captained by Adrian Baker, fought back several times to keep it close. Biggie led 34-30 at halftime and quickly opened a seven-point cushion in the second half but Fludd hit a pair of 3s and another trey from Alejandro Diez made it a one-point game.

A terrific pass from Osceola set up a layup by Ben that gave Biggie a 64-57 lead with less than five minutes left, but Baker drained his fourth 3-pointer before he was ejected on a double-technical with two minutes left.

We’ll Be There featured balanced scoring. Fludd led the way with 21 points followed by 20 from Baker, 13 from Diez and 11 from Marquise Fudge.

Biggie went on to beat Fort Pierce and then topped We’ll Be There again – this time overtime wasn’t needed – in the championship game to claim the tournament’s first title and some sleek championship jerseys. We’ll Be There finished runner-up and Fort Pierce, which was captained by Antillus Stockton, took third place on its home court.

The Summer Slam was the second adult tournament held at Chupco’s Landing since the 18,000-square foot gymnasium/community center/pool opened in 2014. At the start of the day, five teams were scheduled to participate, but two teams didn’t show up. The smaller field didn’t dampen the optimism.

“It was a great tournament. Even though a couple teams dropped out, the guys still enjoyed themselves and the kids enjoyed watching it,” said tournament organizer Remus Griffin of the Fort Pierce Recreation Department.

Griffin said a Thanksgiving tournament is being planned. Whether it’s a tournament, or a rez to rez all-day basketball event or just open gym after school, Chupco’s Community Center is playing a key role in the community.

“This facility is a great asset to our community,” Griffin said. “It gives the kids something to do every day. They utilize it.” 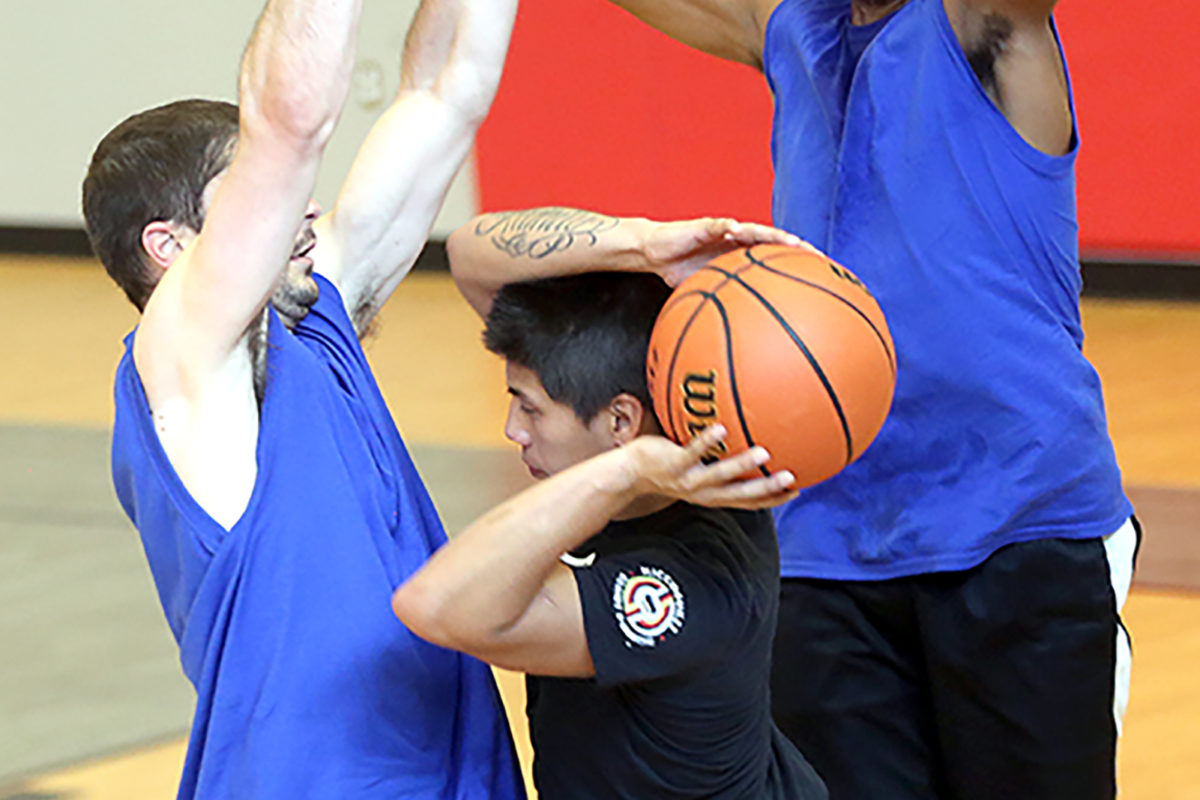 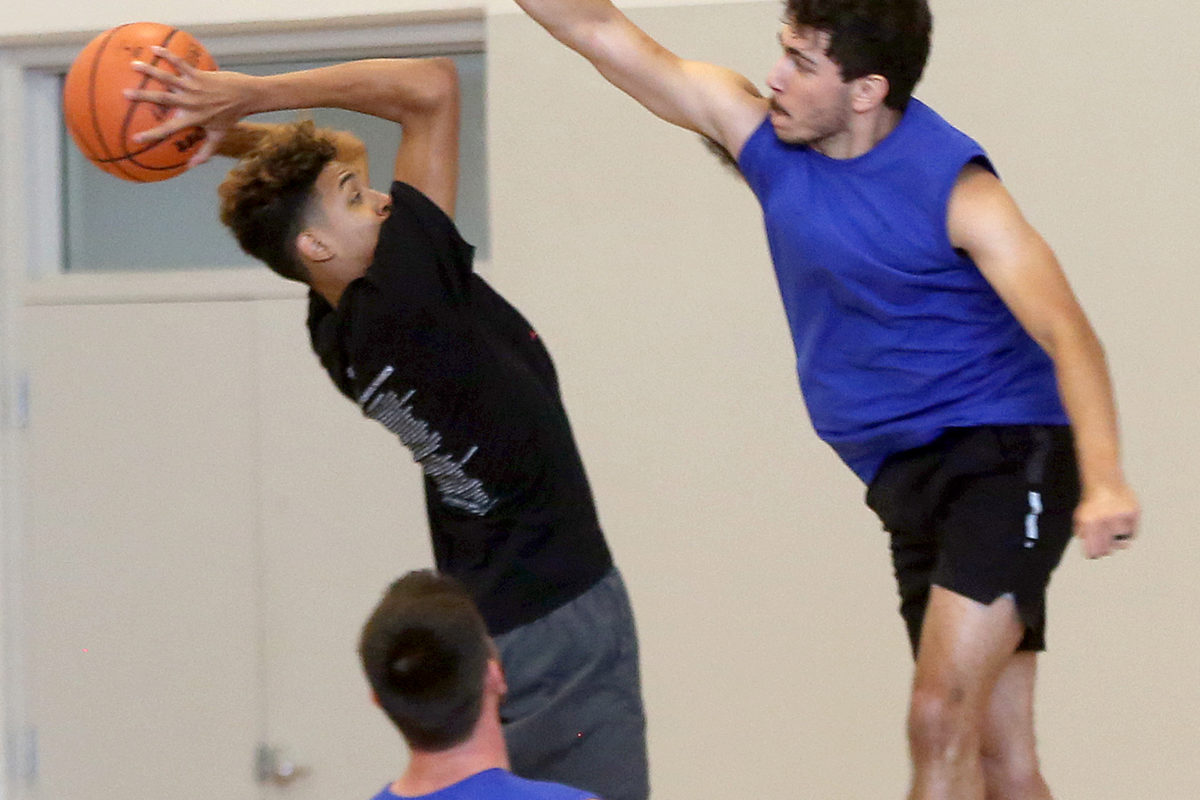 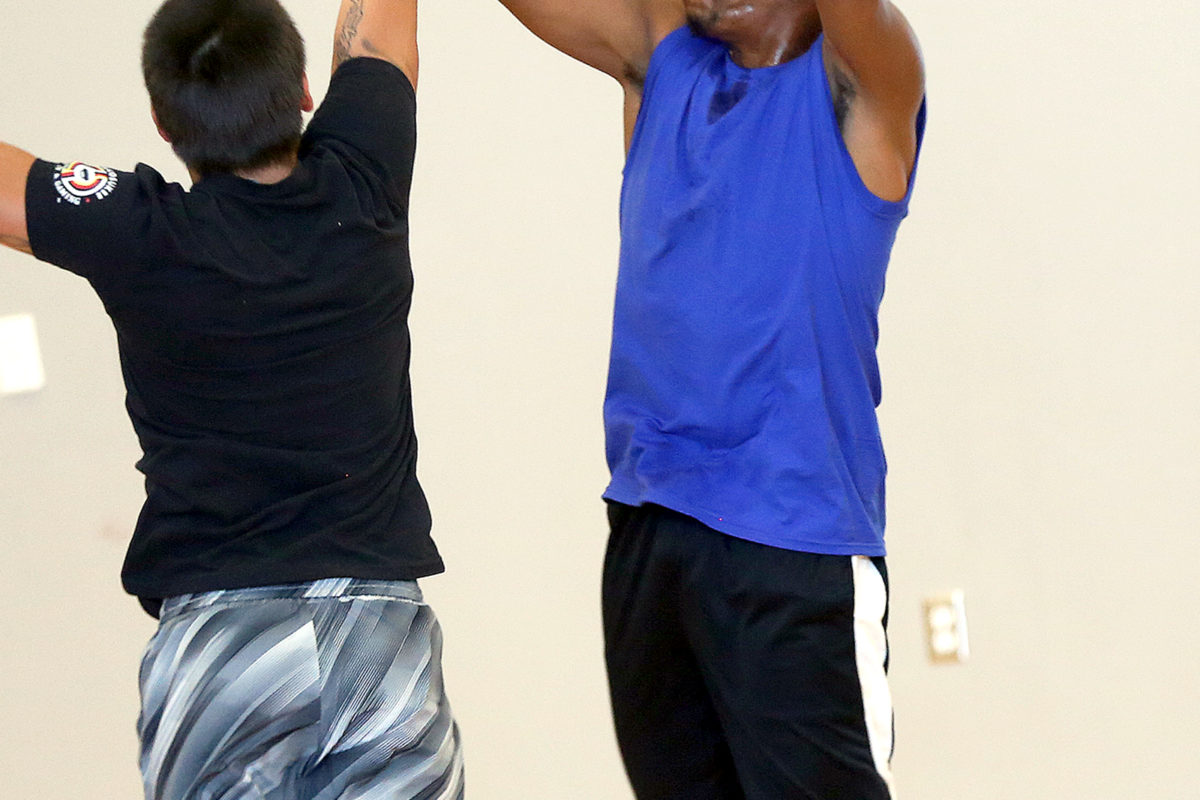 Adrian Baker, from the We’ll Be There team, takes a jump shot. (Kevin Johnson photo) 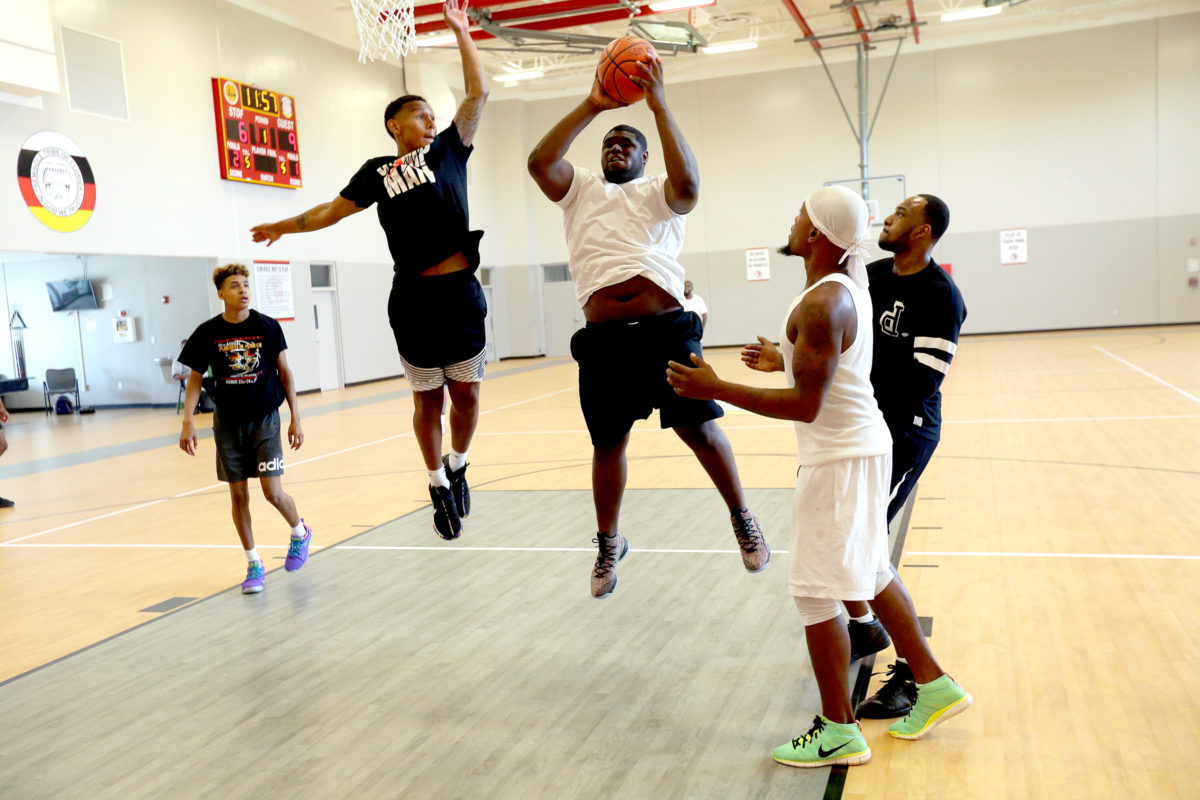 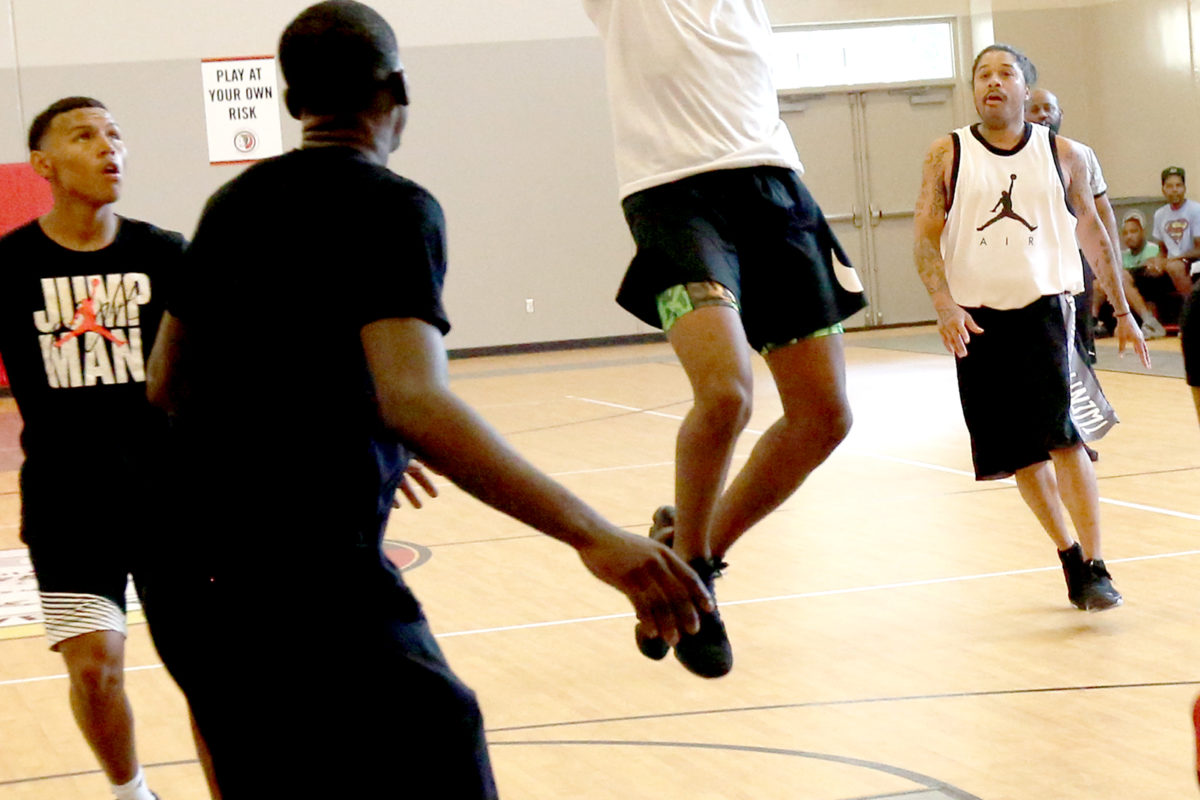 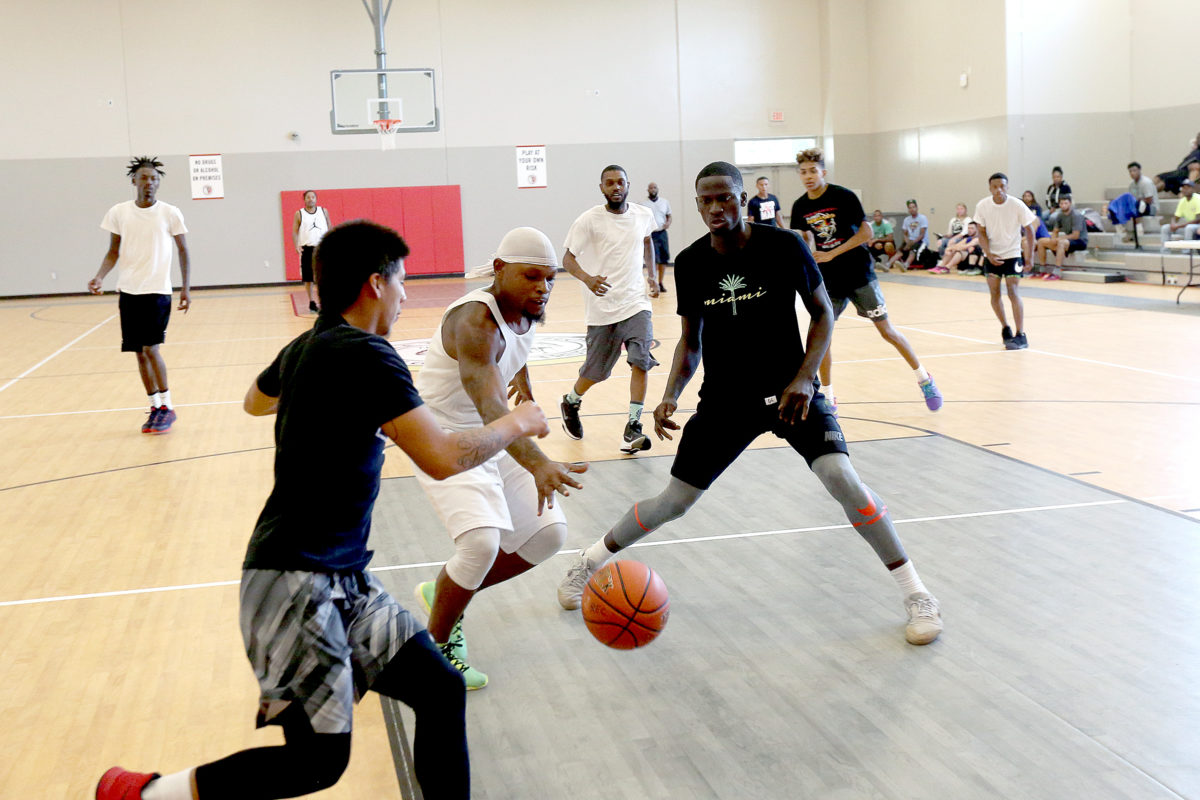 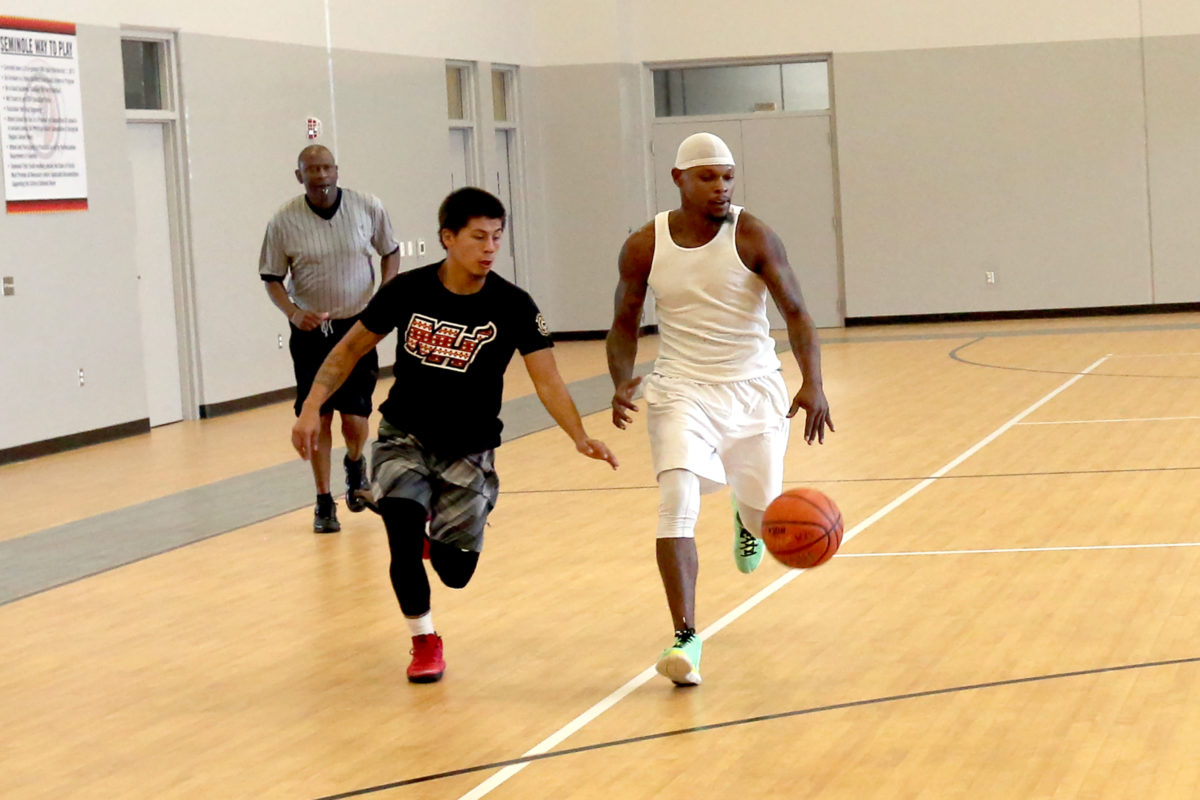 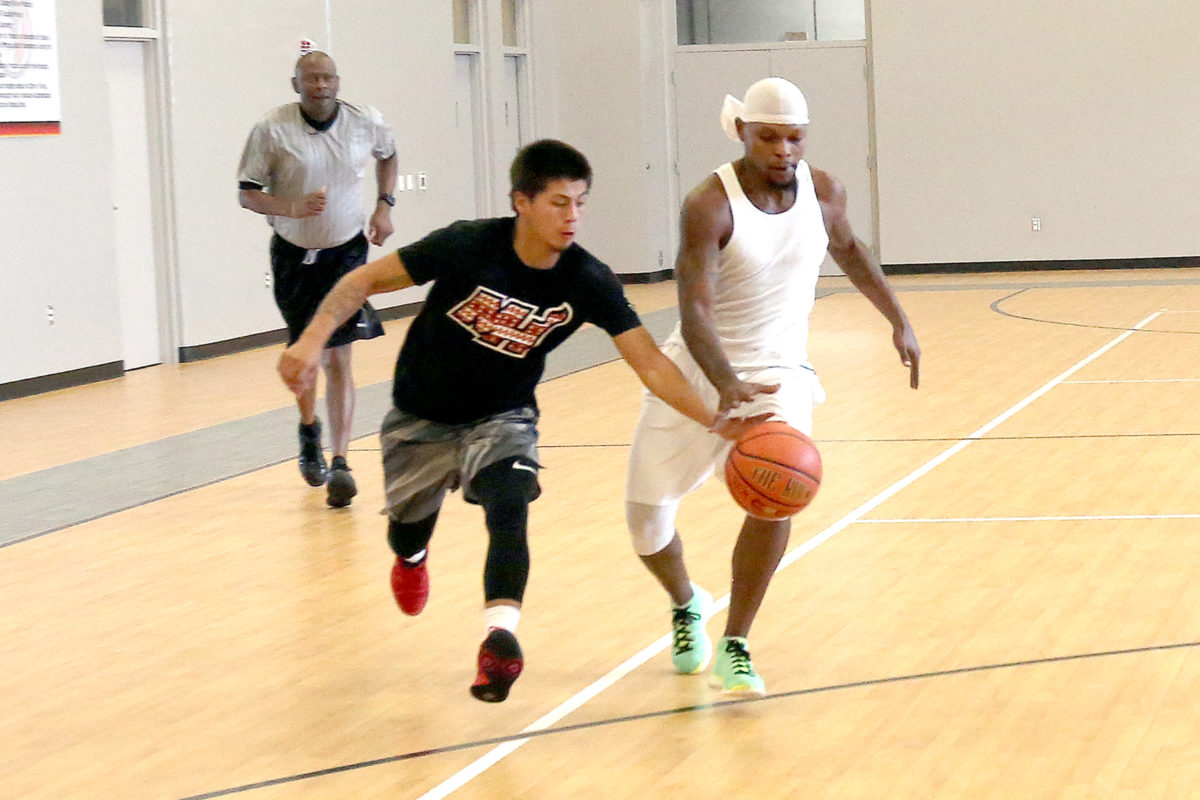 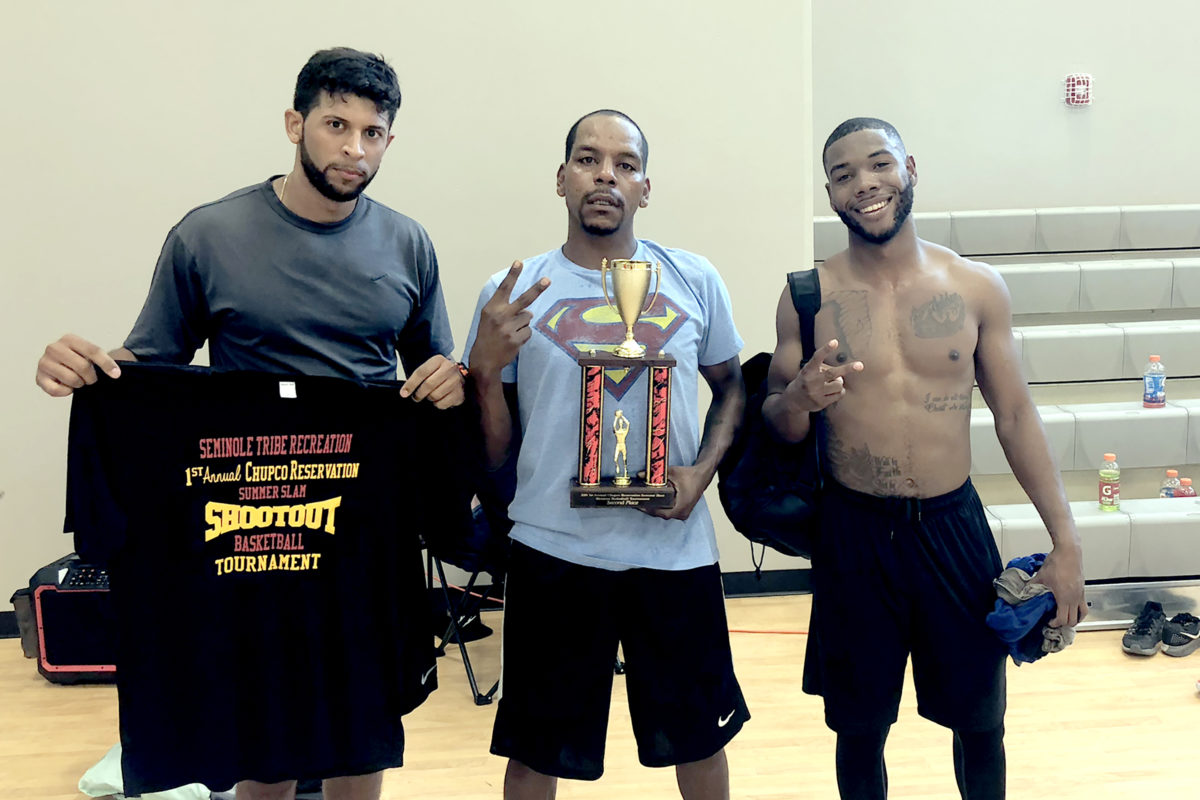 From left, Alejandro Diez, Adrian Baker and Al Fludd show the trophy and shirts they won as runner-ups on the We’ll Be There team. (Photo courtesy Remus Griffin) 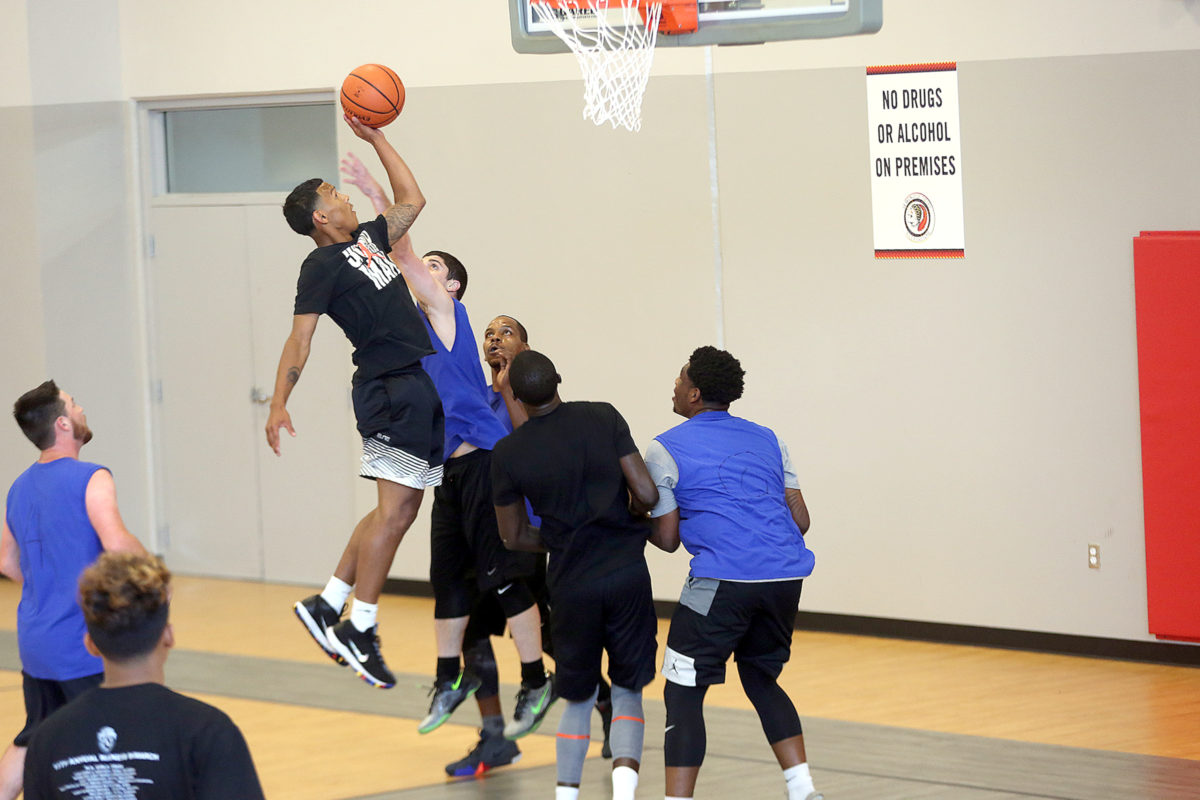 Biggie’s Chayton York takes a one-handed jump shot amid traffic against We’ll Be There at the Summer Slam in Fort Pierce. (Kevin Johnson photo) 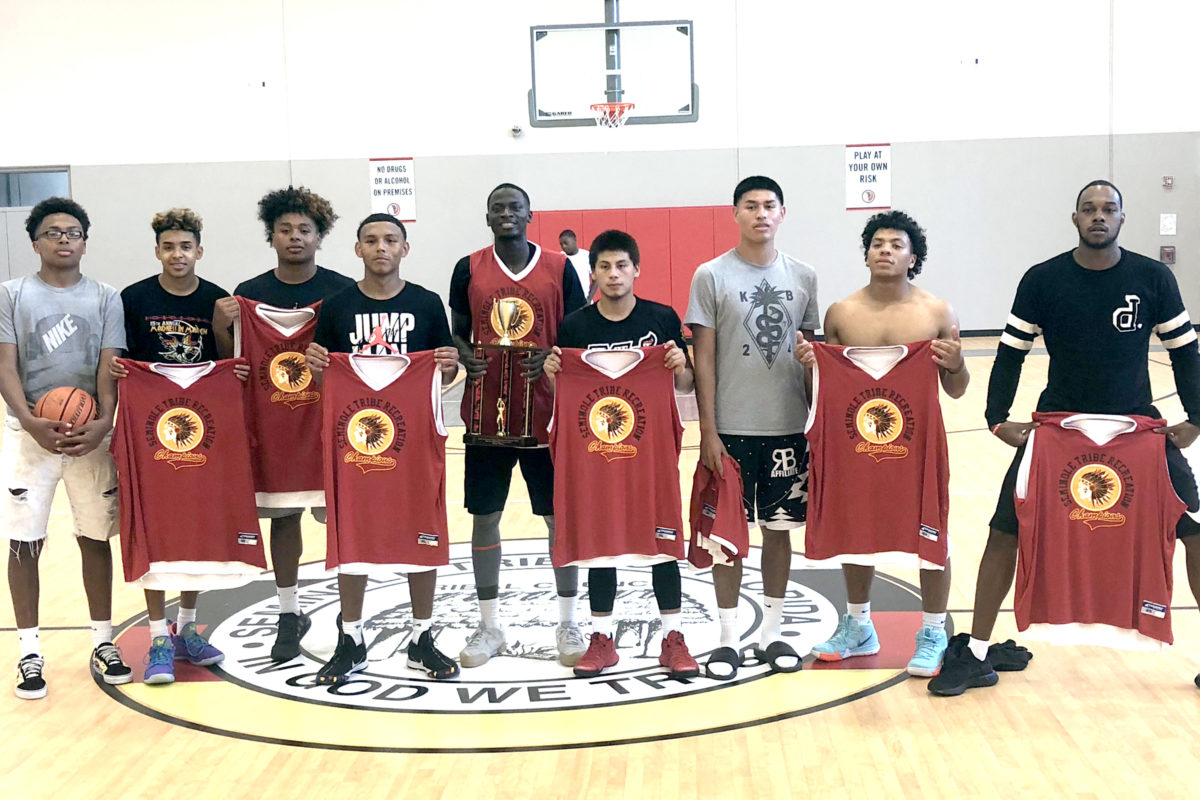