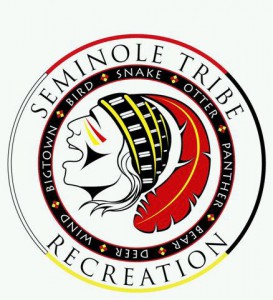 Participating in youth sports can have an enormous impact on a child. Perhaps the most important component leading to a child having a positive experience lies with the coach.

“We want to provide the best facilities and opportunities for our youth, but we also want to make sure they are getting proper coaching” said Richard Blankenship, Tribalwide director of Recreation. “We depend on volunteers, so we need to make sure they have as much knowledge as possible to coach effectively.”

Coaching a game is only a small part of a coach’s duty because more time is spent in practice than at games. Run by the Northwood University Sports Management Department, the coaching clinics taught volunteers how to set up and implement a successful practice by using time efficiently. The training was not about the rules of the game; it was about how to coach sports in general.

“A typical way of running drills is to have a group of kids do the drill while the rest of the group watches,” Blankenship said. “The workshops taught how to get everyone involved all the time so no one is just standing around.”

Usually, about 66 percent of practice time is spent standing around doing nothing and only about one-third of the time is spent practicing actual skills, Blankenship said. The goal is to reverse those numbers by having the entire team always engaged in practice. For example, during a standard baseball practice infield drill, the coach hits a ball to a player who then throws to first base. At the workshops, the coaches learned a better option is to make each drill a live game practice. Instead of the coach hitting to an infielder, the team members bat while the rest of the team is in the field with no idea where the ball will be hit. Everyone is involved in each play.

“The class was great,” said Josh Jumper, site manager of the Herman L. Osceola Gymnasium in Big Cypress. “We learned about other tools to use in coaching. They taught us how to coach large groups of kids by breaking them into smaller groups to keep them all active.”

Armed with this training, the coaches can have a positive impact on their teams by the effective and efficient use of practice time. Ultimately, the likelihood of a kid having a great memory of a youth spent in sports is much higher.

“The simple point of the coaches training is that kids can be taught to do anything well with enough repetition,” Blankenship said. “With enough reps, every kid will get better.”