BIG CYPRESS — Members of the Ahfachkee Student Council were elected in October and have been working diligently in their positions to improve student life at the Big Cypress school. On Jan. 16 they were officially inducted at a traditional pinning ceremony.

Principal Dorothy Cain administered the oath of office and pinned each officer to commemorate his or her commitment to serve. After each was pinned, she spoke to the council members and the assembled student body.

“Anyone can talk, but what are most important are actions,” Cain said. “That’s what we want from this student council. Ahfachkee is a well-kept secret; this is a good school where you can get a good education. We are implementing new programs and are doing our best to get more students here.”

Lee Zepeda, executive director of Tribal administration, told the council members to remain focused on the task at hand.

“You were all elected so don’t ever forget who elected you,” Zepeda said. “You have a big job ahead of you and I know you will be successful.”

Student council advisors Antonio Wright and Michael Daniels expect the students will improve their leadership skills over the course of the year.

“I hope they learn to work with a diverse team and, despite their differences in perception or perspectives, they will learn to work together,” said Wright, grades 9-12 social studies teacher.

For the first time, the school appointed committee chairpersons to identify and work on specific goals in the school, the community and beyond. The Speakers of the House, 11th-grader Janessa Jones and 5th-grader Aaliyah Billie, will work with the committee chairs to help get their goals achieved.

Daniels, sixth- through eighth-grade social studies teacher, previously worked with the state legislature in Hawaii and learned what it takes to reach consensus and get bills passed into law.

“We plan to implement leadership training and consensus building,” Daniels said. “They will find ideas and come up with solutions.”

“I want to be the voice of all the other students who don’t get a chance to speak,” said Aniya, a 10th-grader. “I also want to work closely with the committees to help generate ideas.”

Treasurer Leilani Gopher has been focused on fundraising and has already led a drive that raised about $800 since the start of 2018 by selling school T-shirts.

“We will donate half of the money to a charity and use the rest for field trips, prom and to purchase items for school,” said Leilani, 10th grade.

Secretary Abigale Tigertail sees her role as the one to keep everything organized and realizes that in her leadership position she will be a role model to other students.

“I will be supportive of the officers,” said Abigale, 10th-grader. “I’ll also think twice about doing things and be sure to keep my grades up.”

The two fifth-grade elementary school representatives, Erik Green and Aaliyah Billie, are looking forward to their roles on the council and communicating with their peers about it. Aaliyah plans to make posters promoting student council and Erik looks forward to planning fun activities.

Although the committee chairpersons were appointed instead of elected, their duties are as important to Ahfachkee as the council’s. As a former Jr. Miss Florida Seminole, Thomlynn Billie is well suited to her role as community involvement chairperson.

“I want to bring the community more involved in the school and convince them to come to our school,” said the 11th-grader. “I will go to community meetings and tell them what is going on here. I hope to inspire other kids to come to Ahfachkee and help us grow as a school.”

As Educational Ambassador, 11th-grader Mya Cypress will draw on her leadership experience as student council president last year. Part of the job is to make sure student council members keep their grades up and to help organize programs related to education, such as the college expo.

Extracurricular Activities Chair Eyanna Billie will identify new ways to engage students so they can leave a legacy. To achieve these goals, the 12th-grader plans to help create activities.

“I want everyone to be happy, have fun and look forward to coming to Ahfachkee,” Eyanna said. 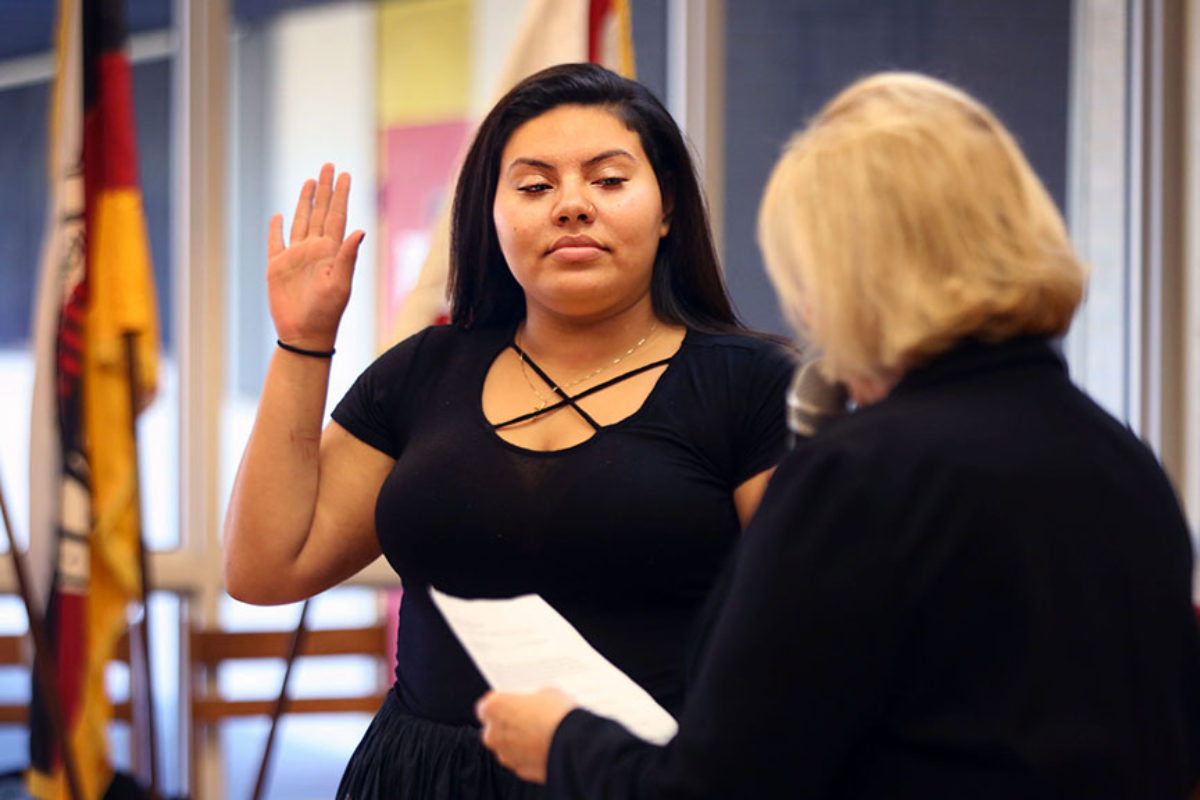 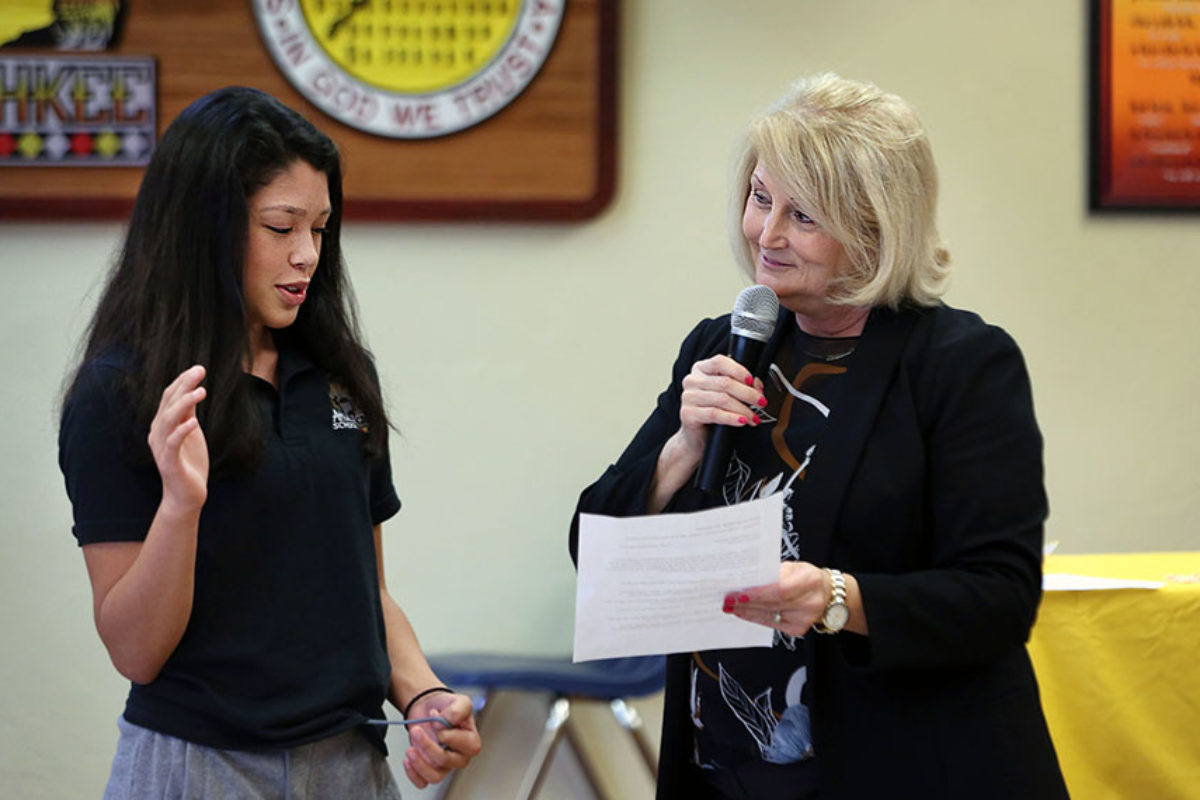 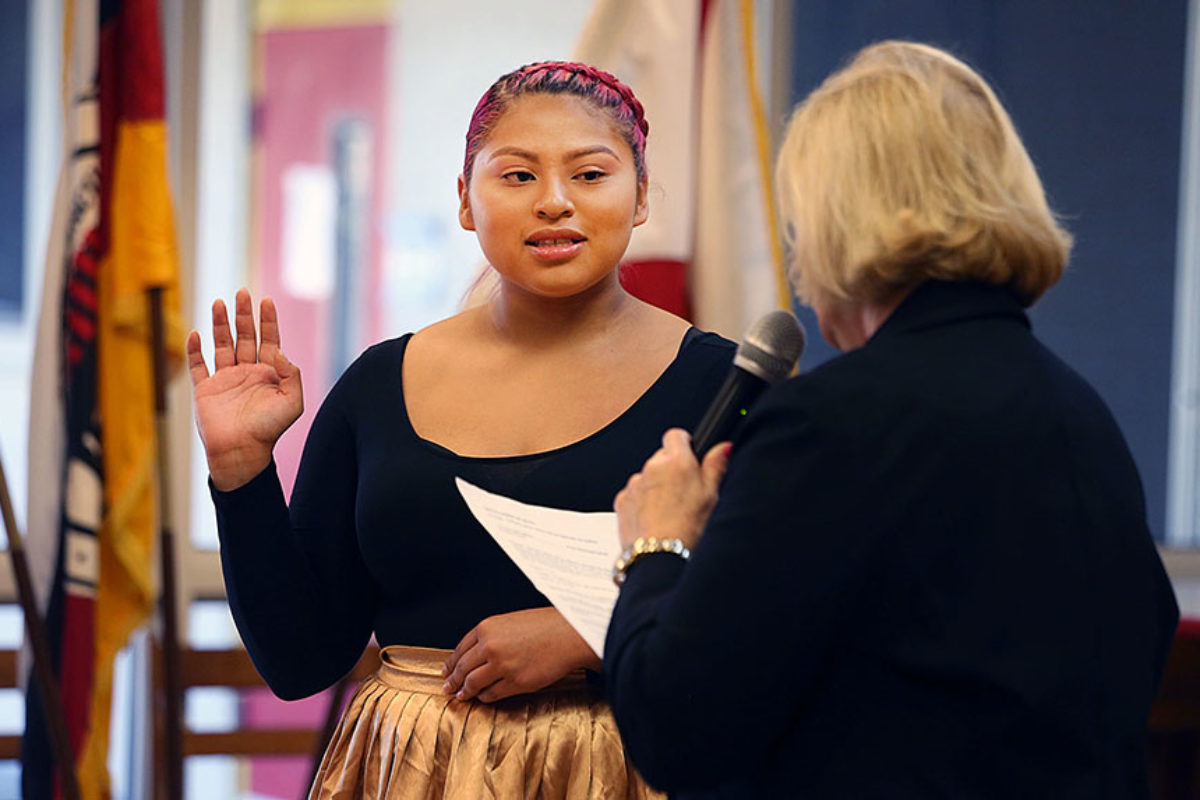 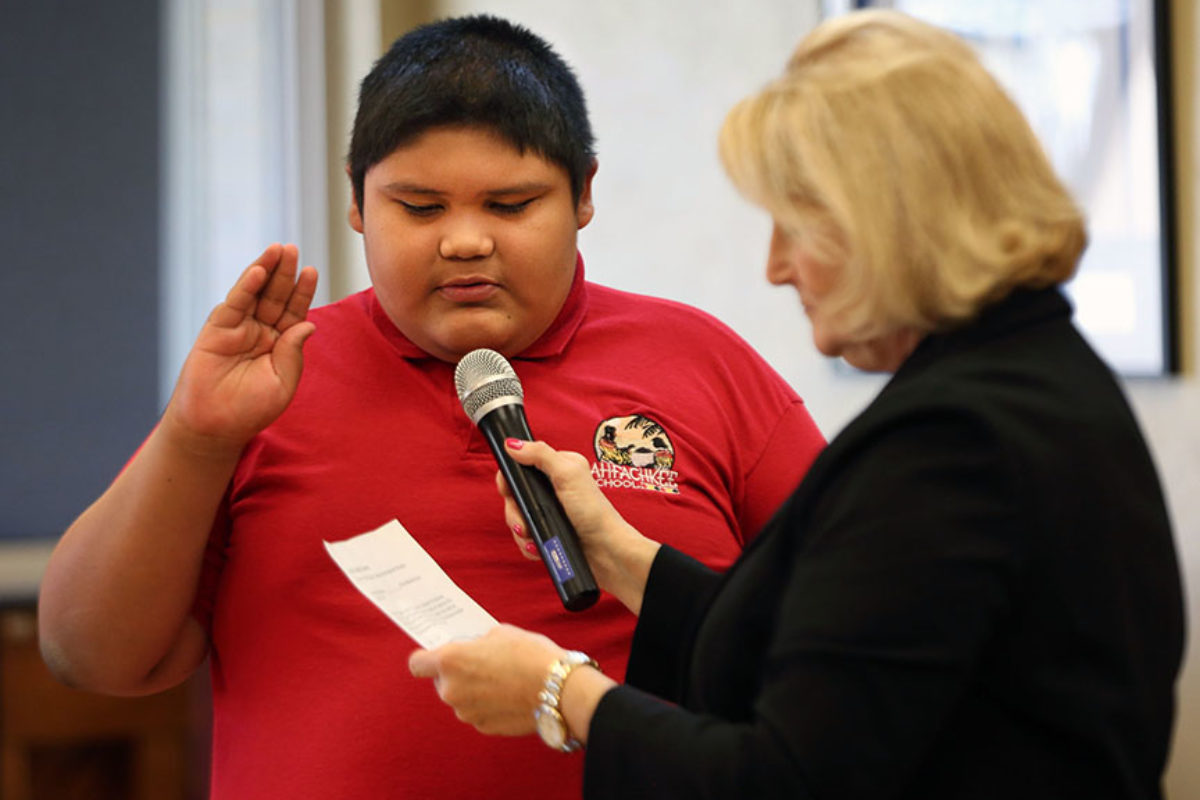 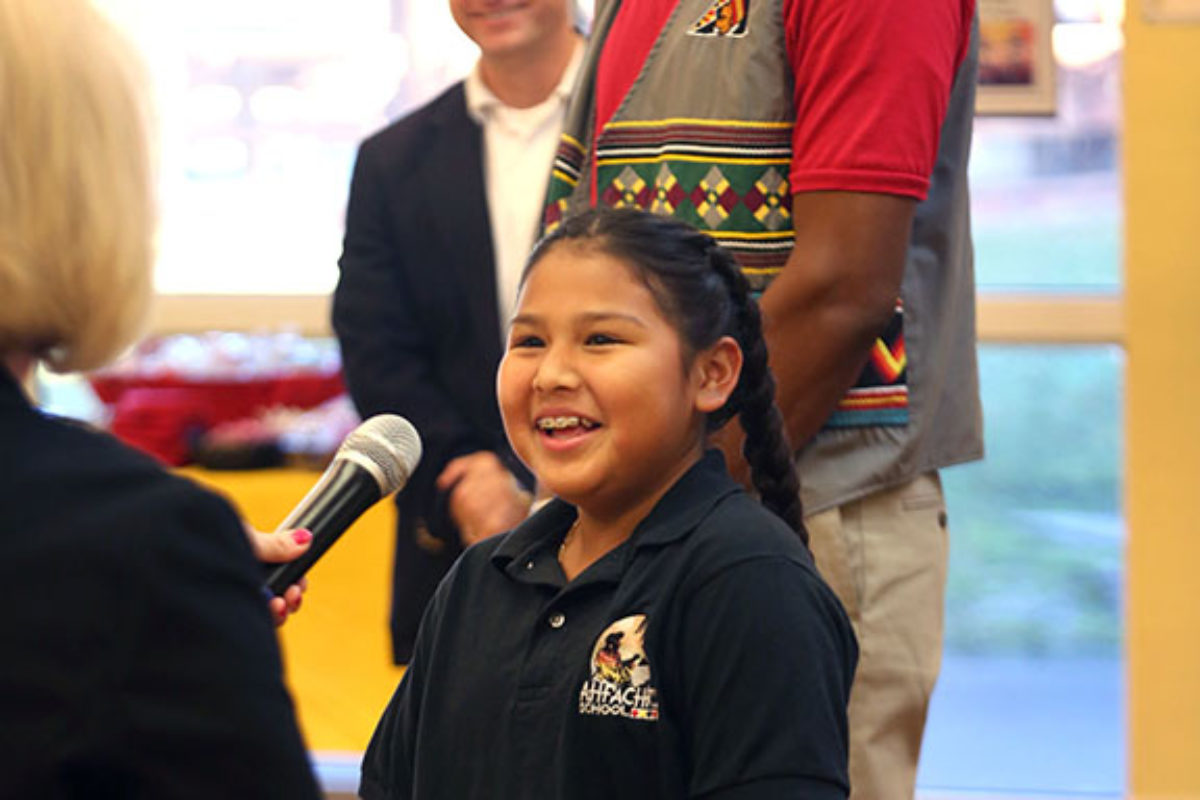 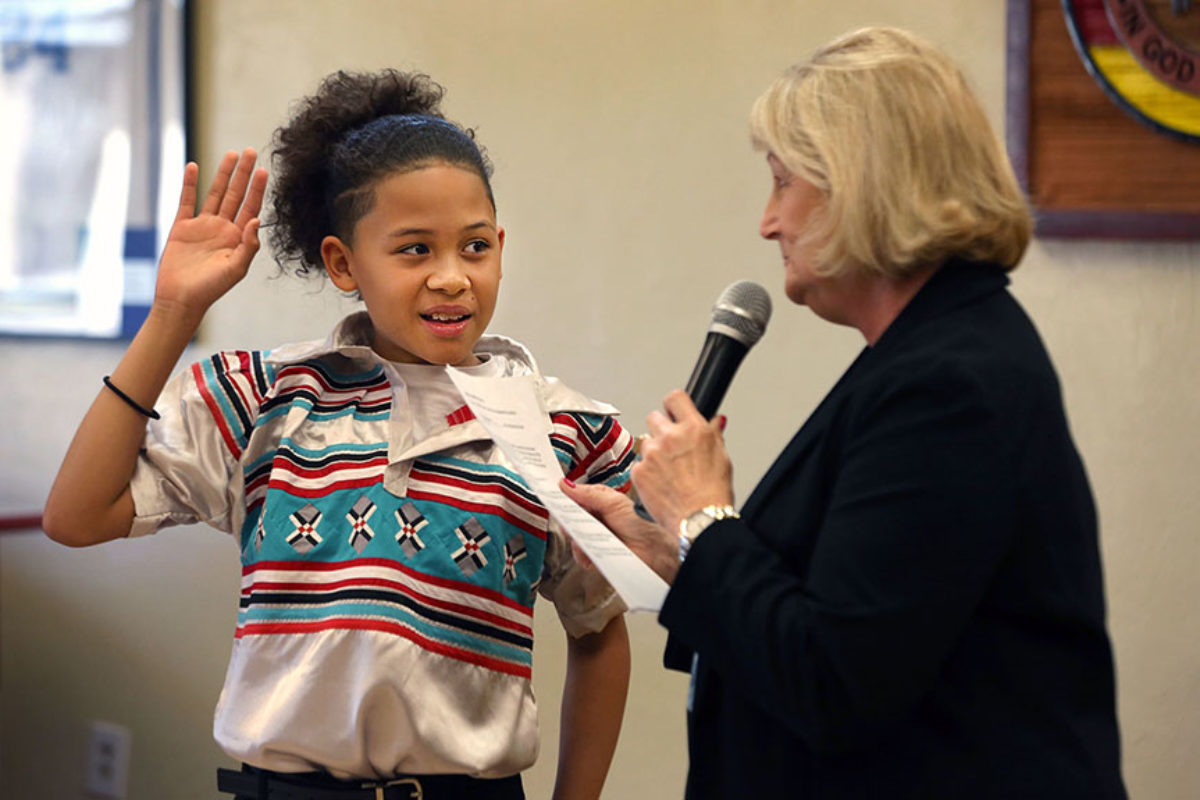 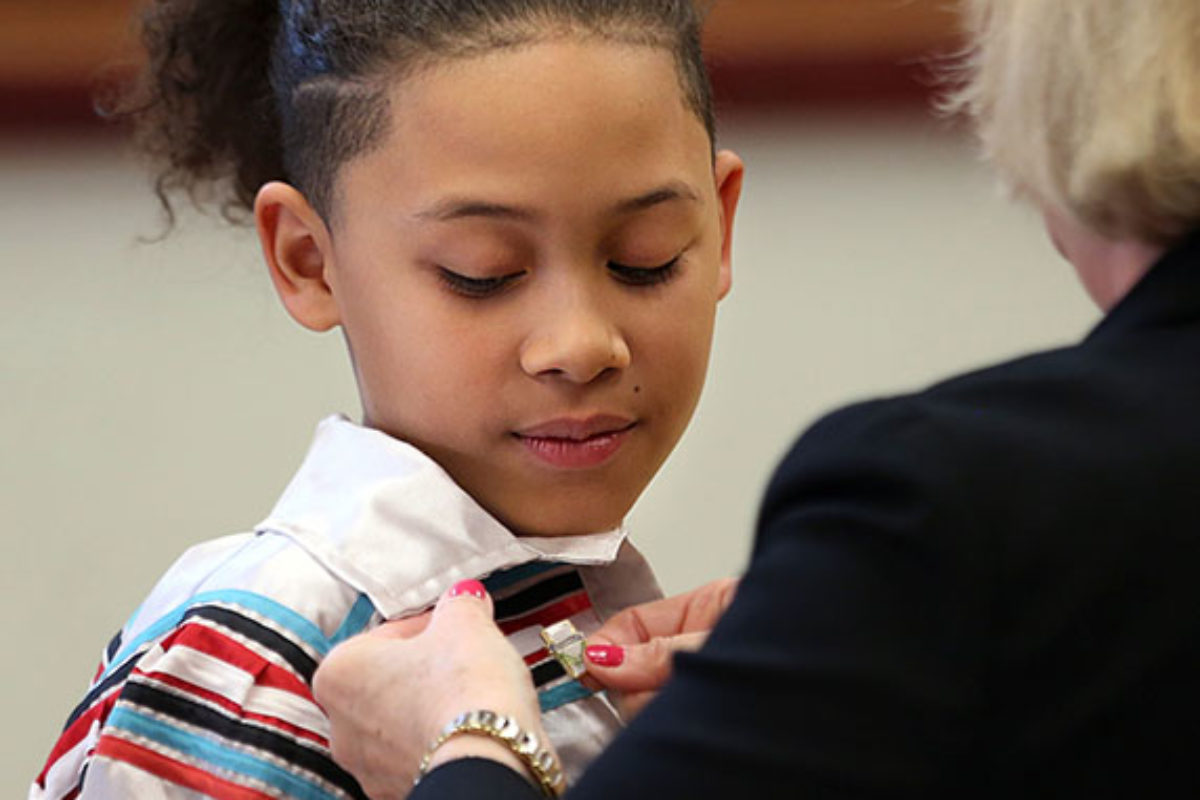 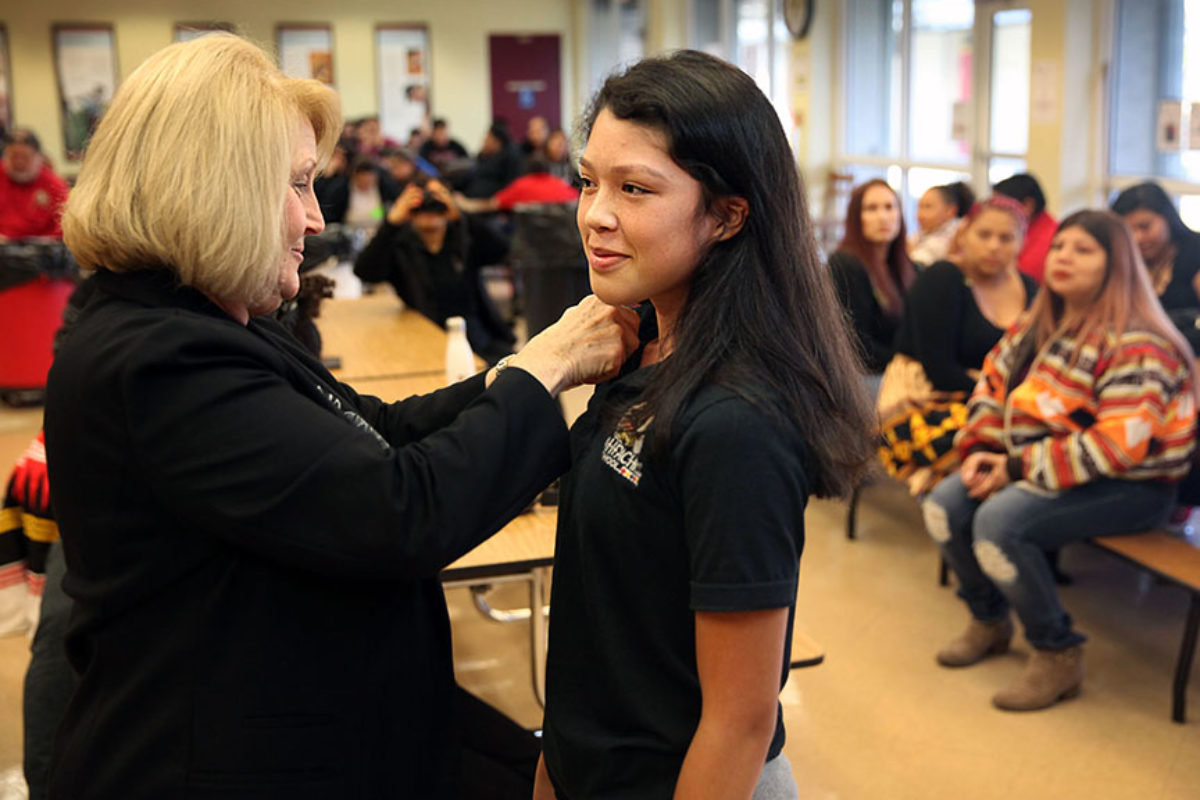 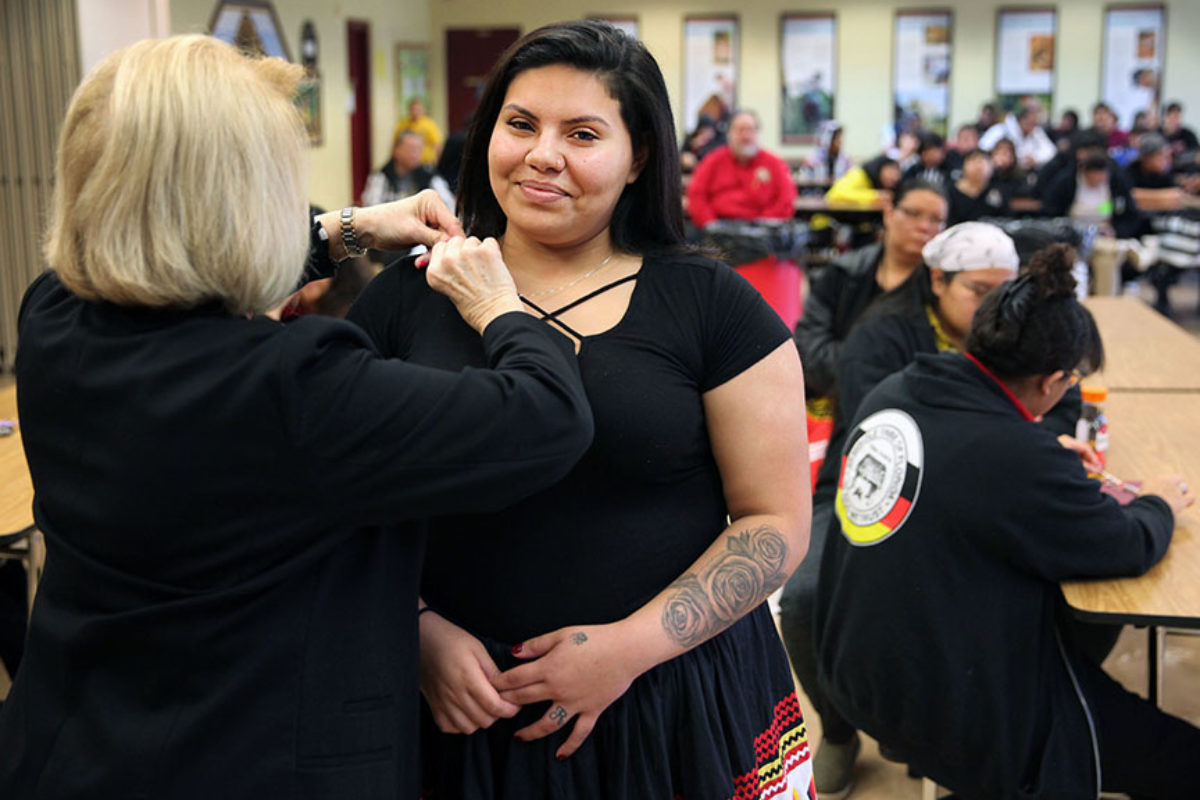 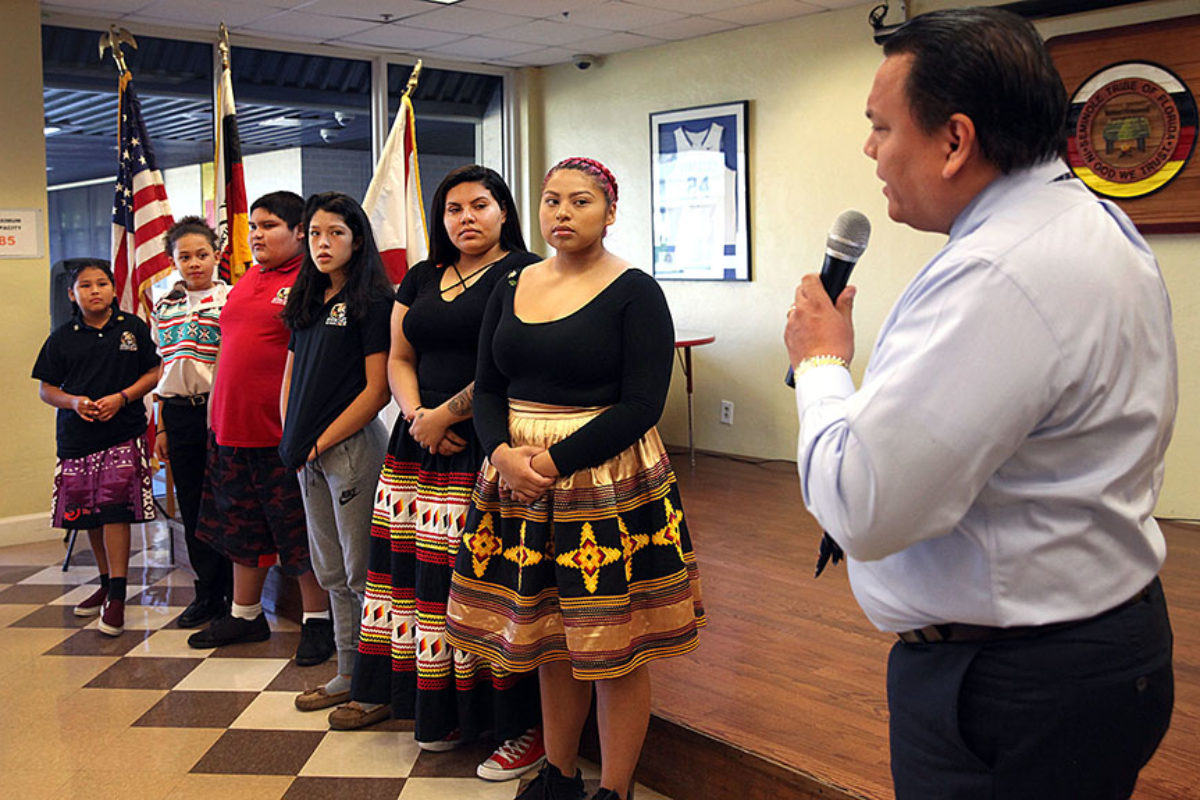 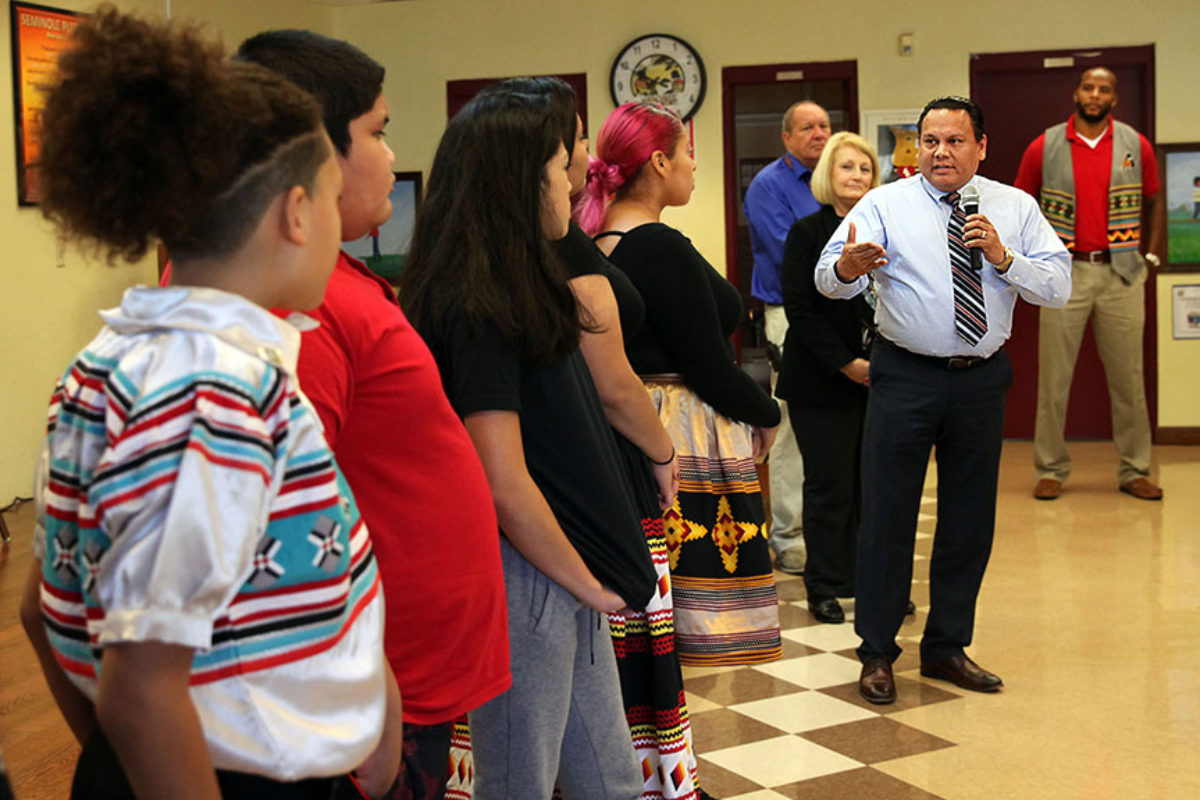 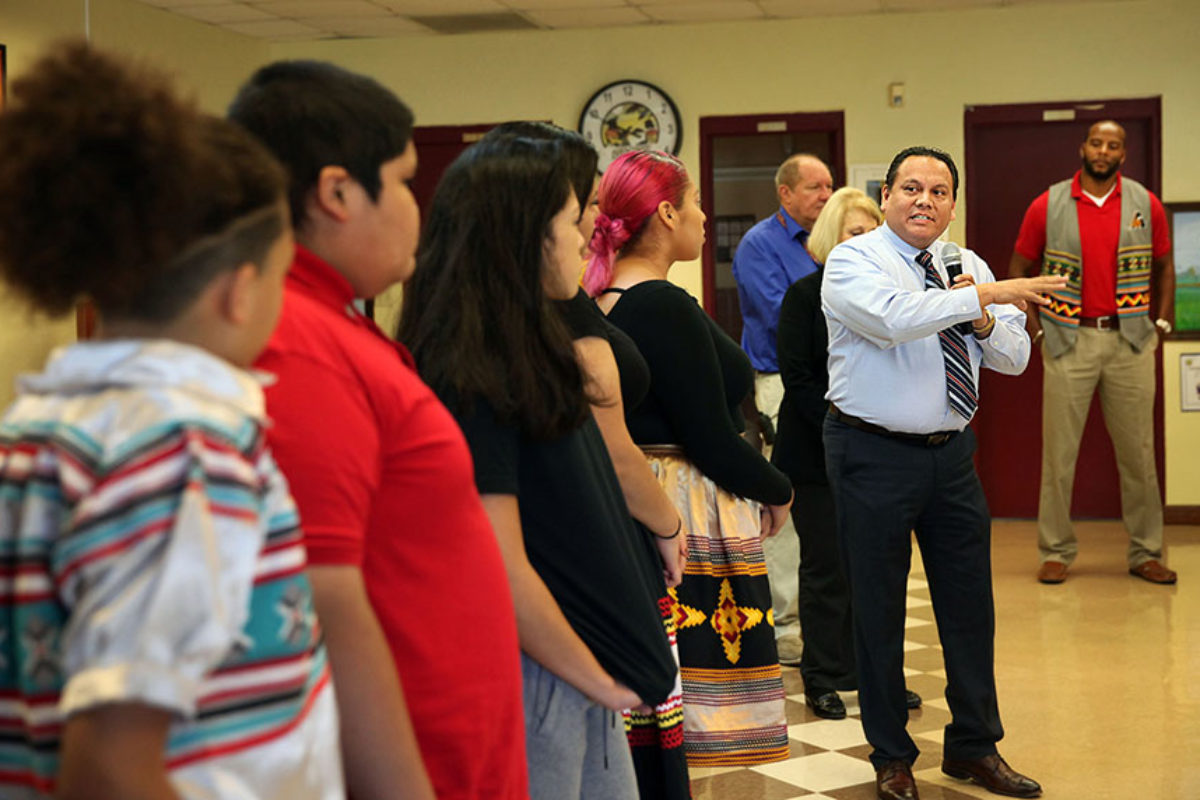 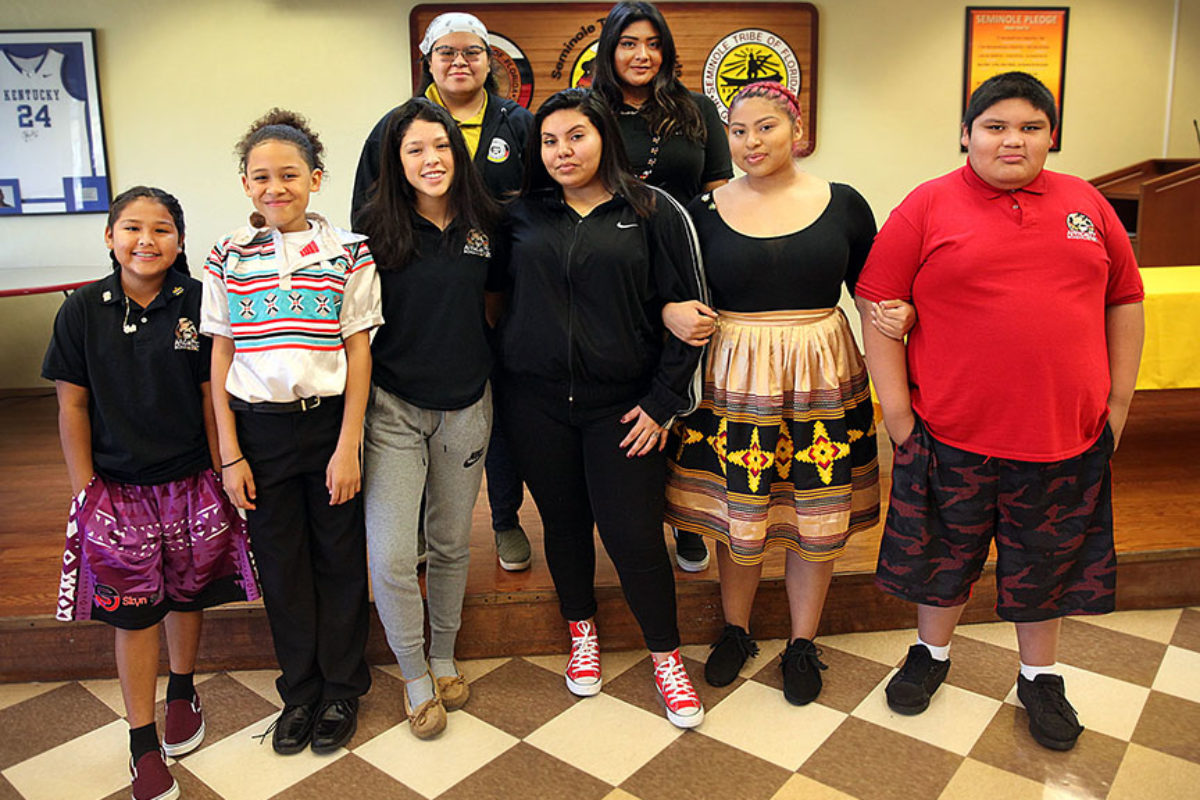