BIG CYPRESS – The tide is turning in the right direction for sports at the Ahfachkee School.

Better grades, more school spirit and increased participation were among the talking points emphasized during the school’s sports banquet May 4 at the Herman L. Osceola Gymnasium.

It was only a couple years ago when the school’s athletic programs were mostly dormant due to lack of interest and/or poor grades, but the Warriors – with new leadership – have experienced a resurgence lately both on the courts and fields and in the classrooms. Five teams (cross country, boys basketball, girls basketball, track and field, and volleyball) now comprise the school’s athletic menu.

Student-athletes from each team were recognized for their participation; some were awarded trophies for most valuable player, sportsmanship, and up and coming.

Among all the examples of excellence who made their way to the stage, two shined above others for the year’s biggest awards. Timothy Tigertail earned the Scholar Athlete Award and Jeremiah Pickup was named Athlete of the Year.

Before Cain and Athletic Director/coach Matt Beckham handed out trophies and other accomplishment awards, the students heard from guest speaker Essie Hollis, who played basketball for St. Bonaventure University in New York and was selected by the New Orleans Jazz in the second round of the 1977 NBA Draft. Hollis played one season for the Detroit Pistons and also played professionally overseas. These days Hollis, 63, is a Spanish and physical education teacher in Broward County Public Schools and serves as an assistant coach for the Pine Crest School varsity boys basketball team.

At 6-foot-6, Hollis delivered a message that came through loud and clear.

“Get your education. Education is the most important part of your life,” he told the students.

Hollis said his basketball experience as a teenager – which included spending an average of 15 or 16 hours per day on the courts during one summer – helped open several academic doors, including scholarship offers from Indiana, North Carolina and UCLA. He picked St. Bonaventure to stay close to his family in the Northeast. After his speech and the awards ceremony, Hollis signed autographs for the students during lunch. 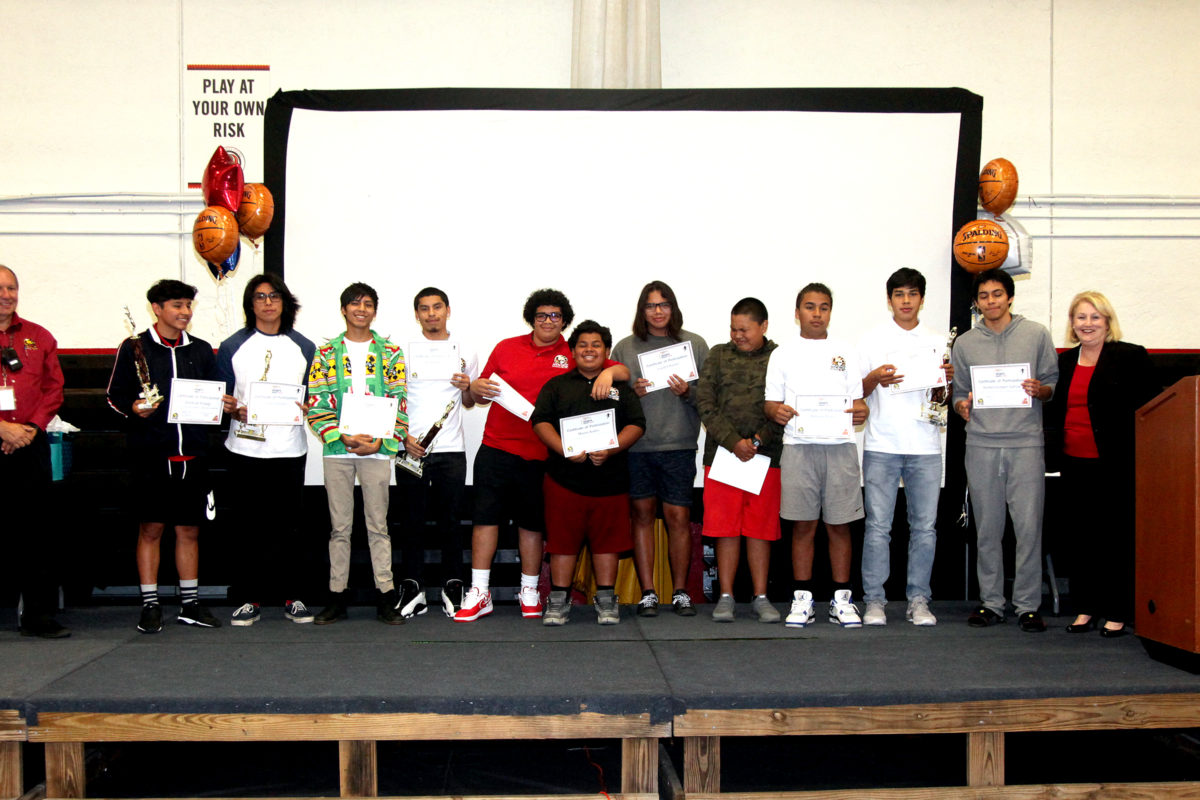 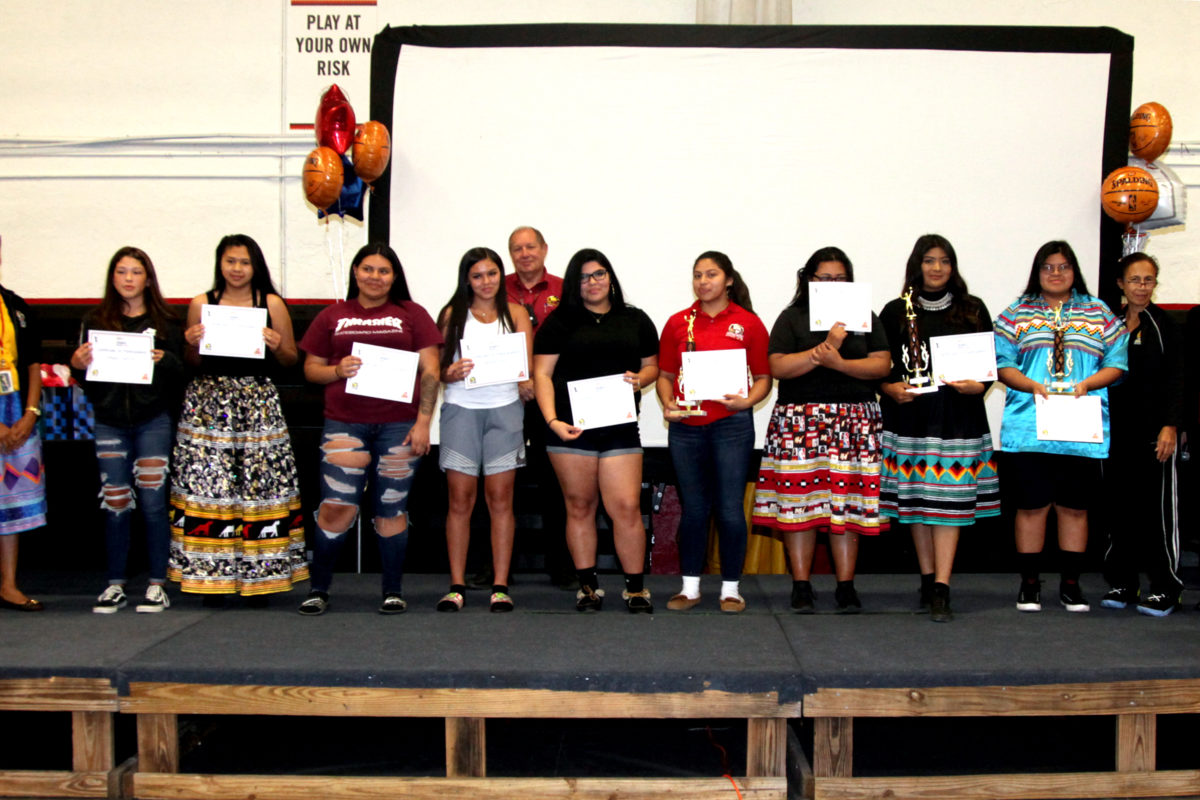 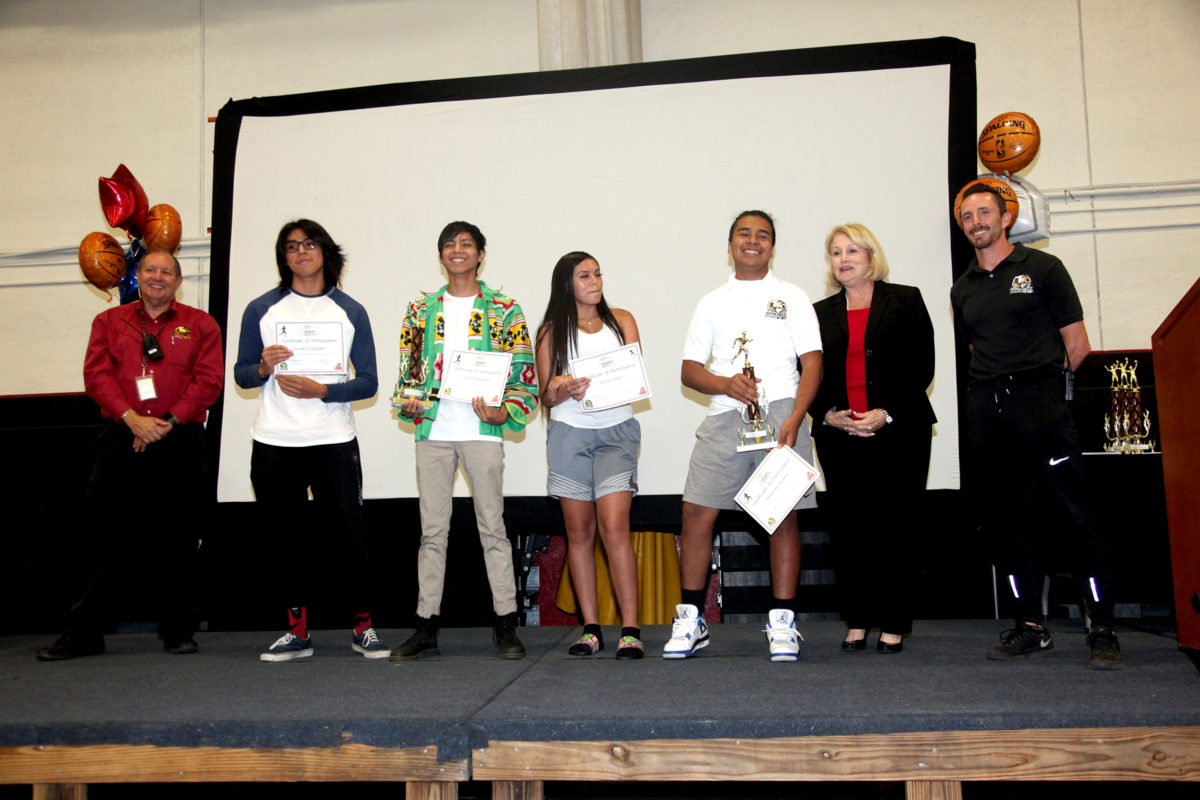 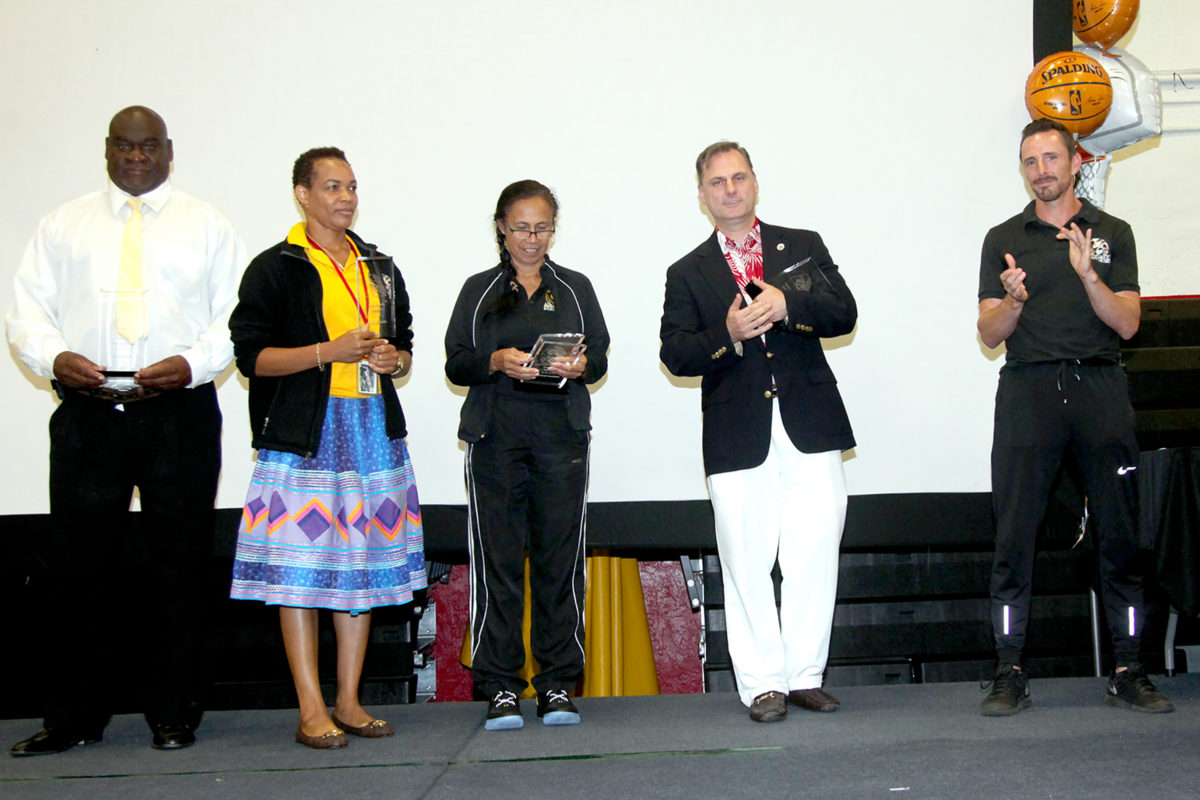 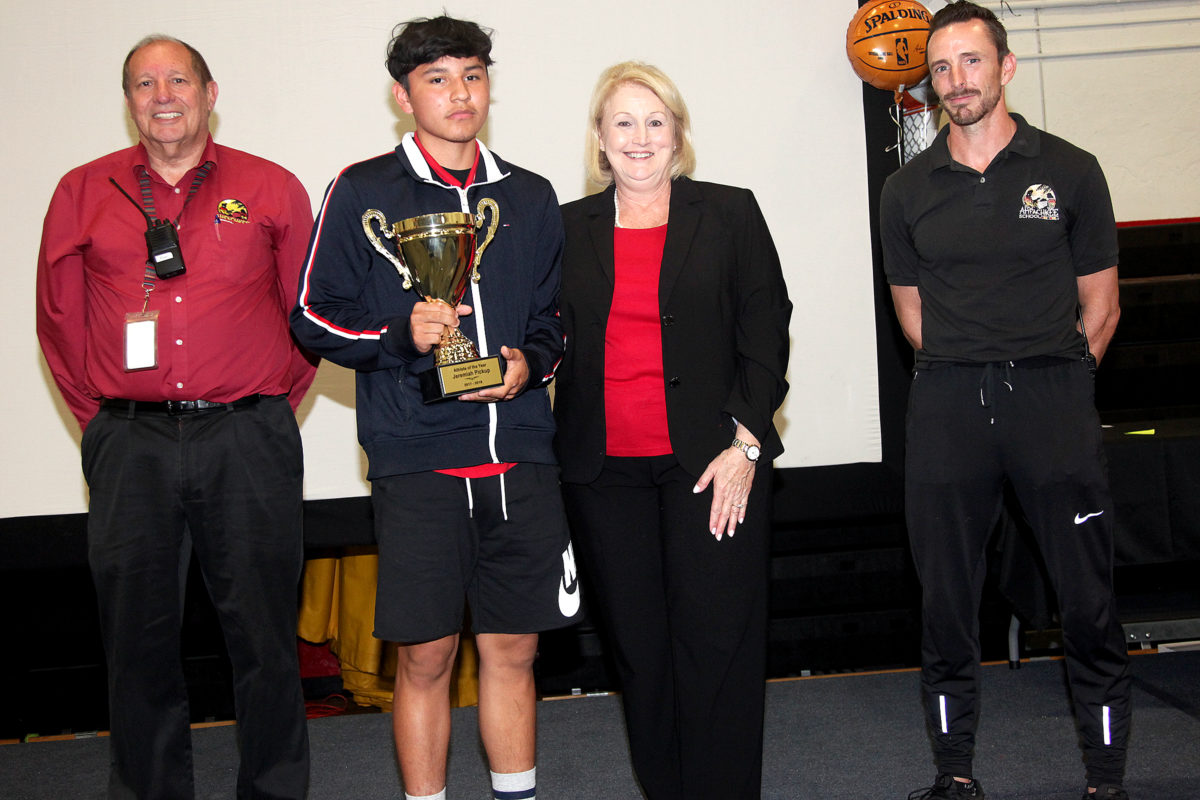 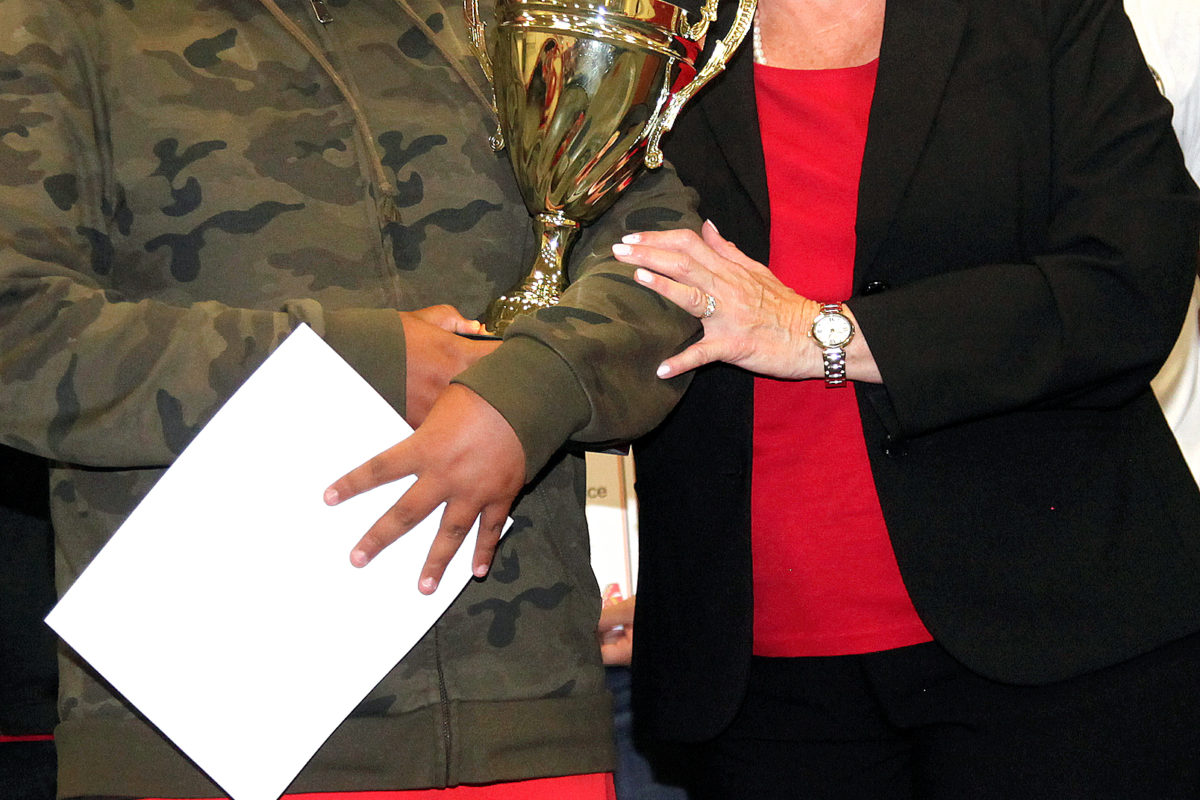 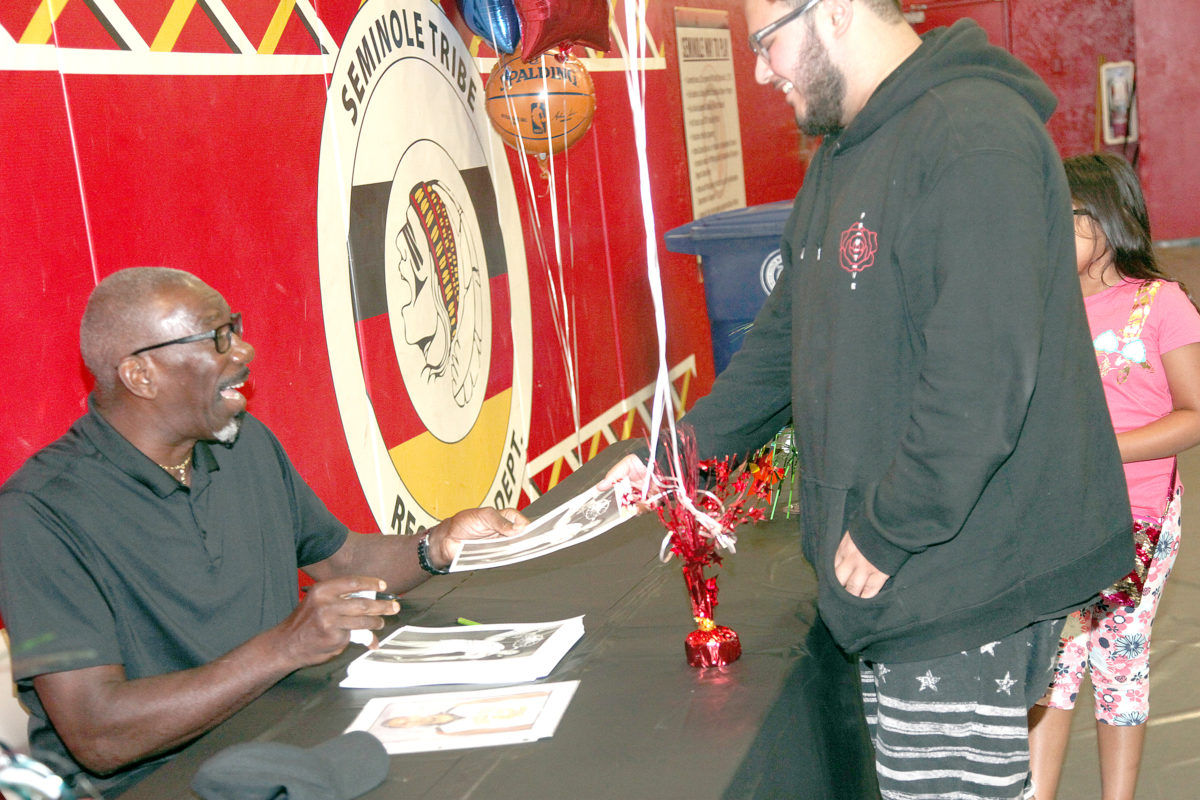 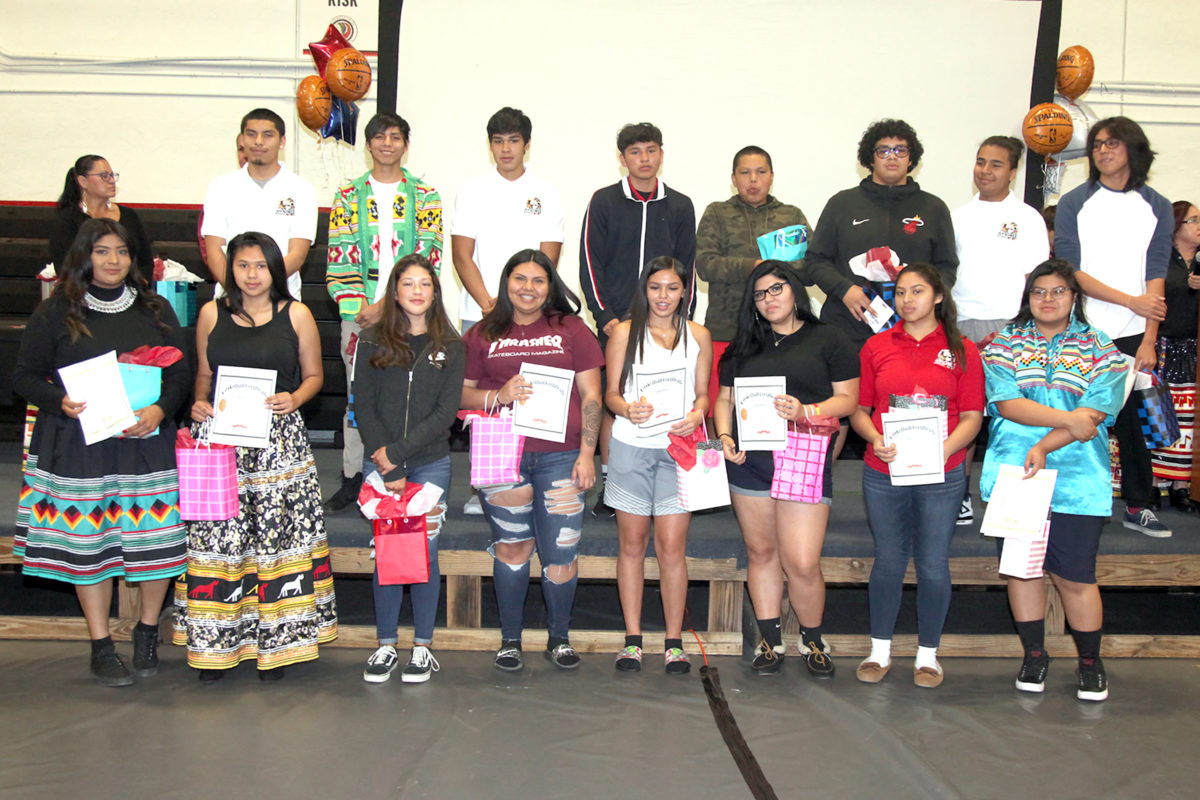 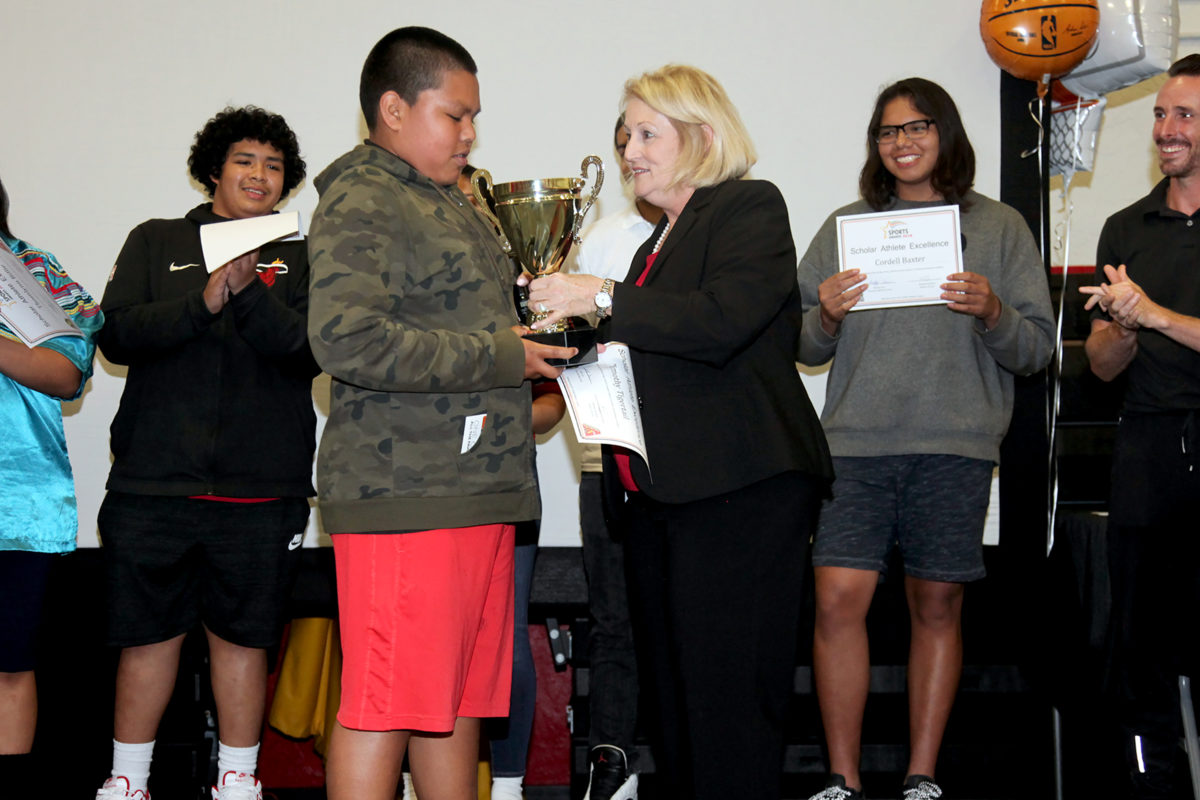