BIG CYPRESS — The annual Seminole Indian 4-H banquet celebrates the accomplishments of its youth and livestock owners, but this year, the May 23 banquet in Big Cypress also served as a farewell to longtime 4-H coordinator Polly Hayes.

For 21 years, Hayes nurtured, mentored and taught scores of 4-H kids as they took on the responsibility of raising livestock. Her greatest joy was watching them grow up and send their own children through the program.

“I consider it a real honor and privilege to work with Miss Polly,” said Aaron Stam, Florida Cooperative Extension agent. “This is the end of an era in 4-H. She has done a phenomenal job.”

Bestowed with gifts, Hayes spoke briefly about her time as a 4-H’er. She recalled going to the 4-H Camp Cloverleaf in Lake Placid and being one of the first Native Americans to speak at the Tampa State Fair. She said they all thought the crowd was there to see them, not renowned cowboy and actor Roy Rogers. Once on stage, she could hardly speak, but she considered that childhood event a success.

The evening then highlighted the milestones the youth met. In a nutshell, 4-H youth, who may join at age 5, learn to care for and raise small animals, swine and steer while attending school. In the process, they learn the responsibility of early morning feedings, the business aspects of raising livestock and how to let go of the animals at the 4-H sale.

“She pushed us all and we all had fun in 4-H,” said her son Steve Osceola, a business owner and former Hollywood Board representative. “I’m proud that we were able to share her with the rest of the Tribe. A lot of kids learned that 4-H is where mentors come from. I’m glad to recognize her for all the hard work and long hours she’s done.”

4-H has evolved over the years and includes other activities, some of which have nothing to do with animals.

“4-H is about giving kids opportunities,” said Stam, who served as emcee of the banquet.

One such program is the Tropicana Public Speaking Program, which gives students public speaking experience. Tiyanni Anderson won the best in her grade level and the entire student body at Pemayetv Emahakv Charter School f

or her speech, which qualified her to move on to the county-wide competition. She gave the speech in front of the crowd at the Herman Osceola Gym.
Stam recognized the cadre of 40 volunteers, who are the backbone of the program on every reservation. He also acknowledged cattle owners.

“That 4-H cows come from Tribal herds is something very special,” Stam said. 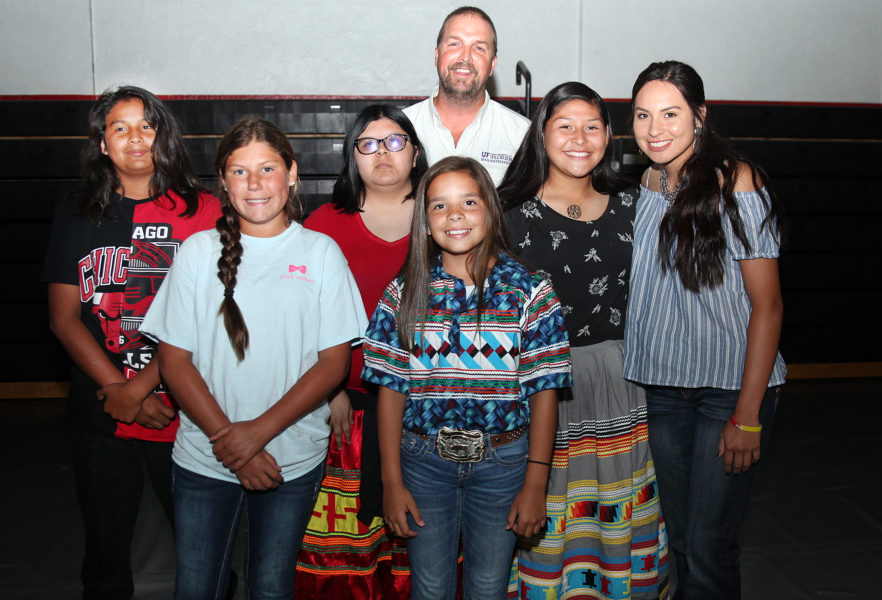 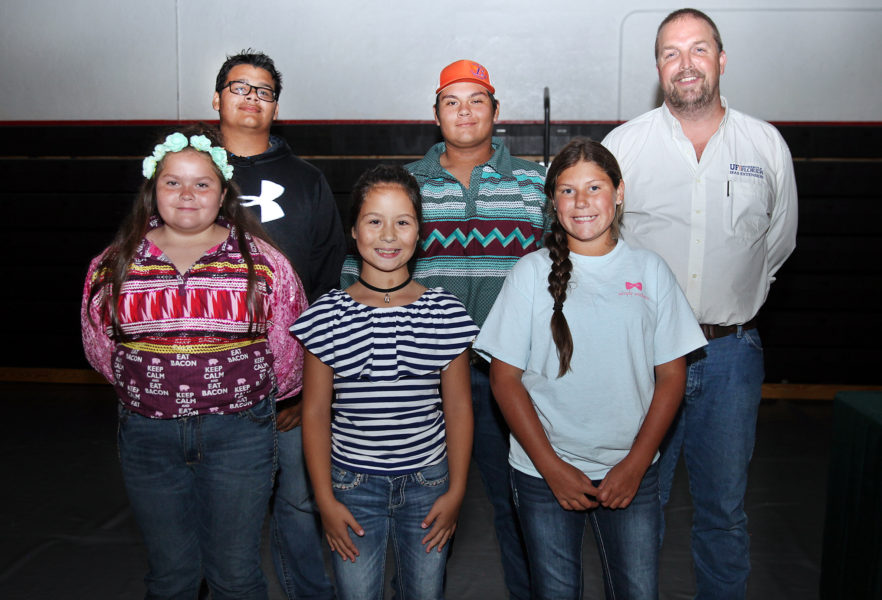 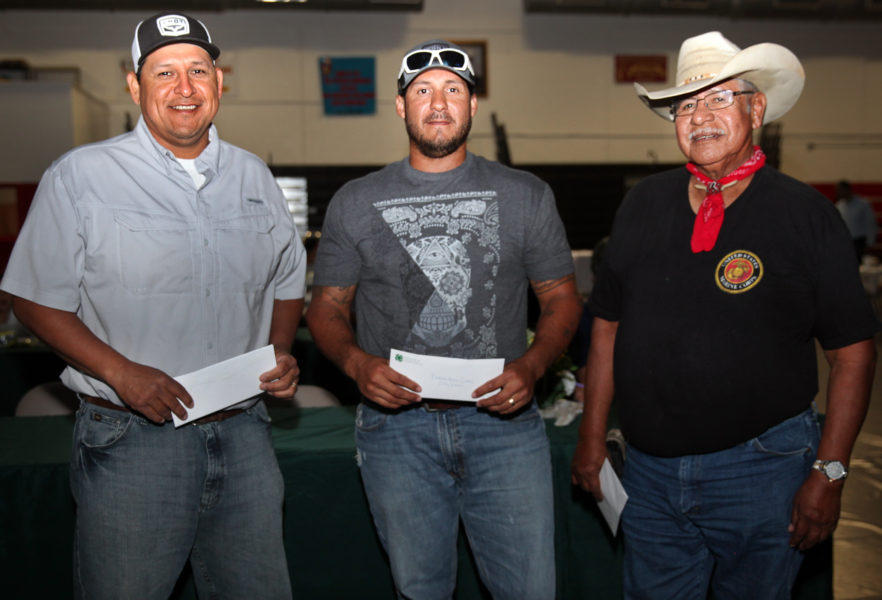 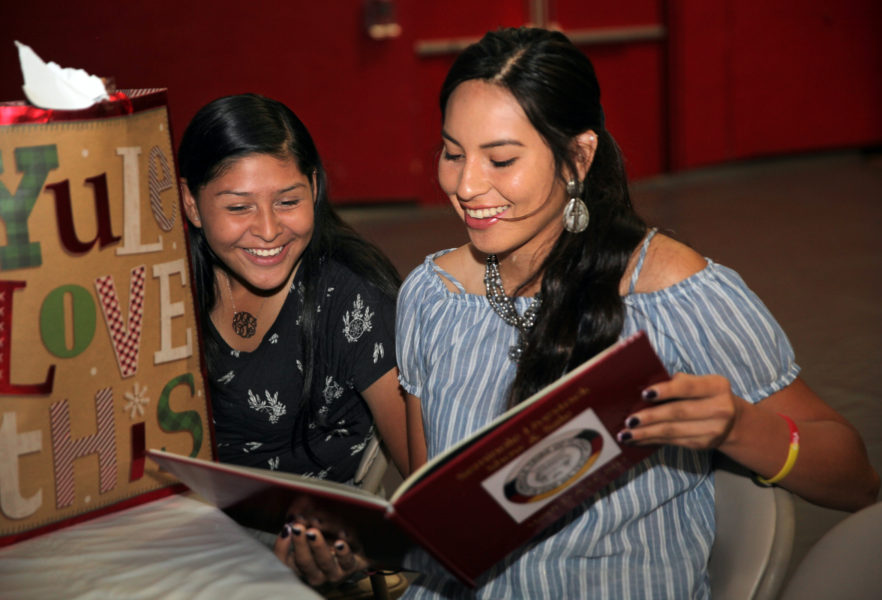 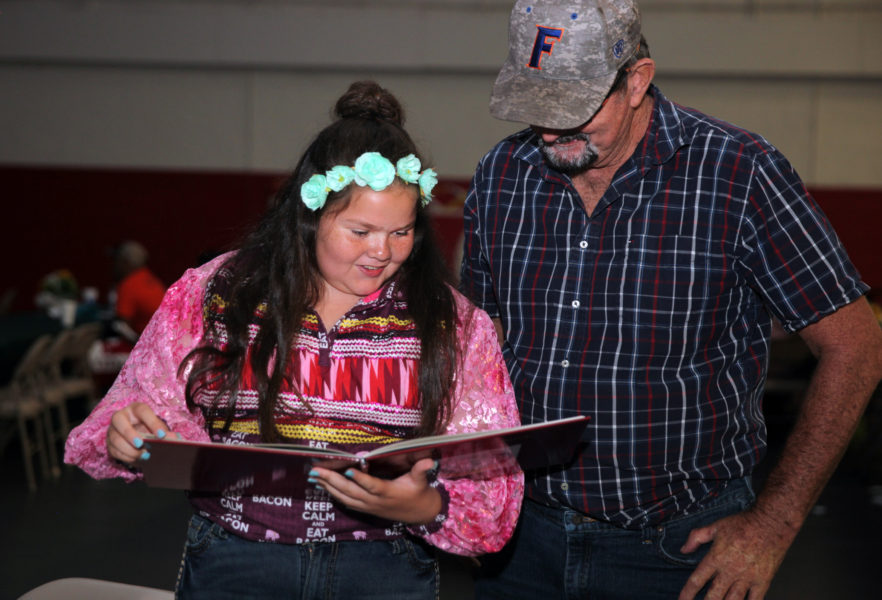