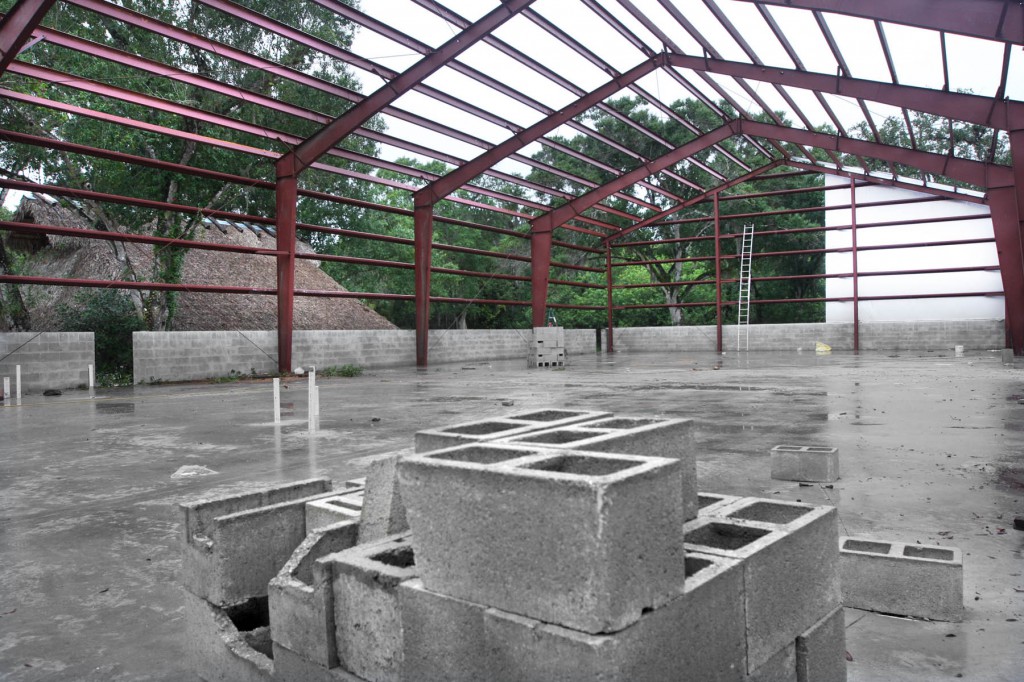 Finally, folks driving through the Big Cypress Reservation along Josie Billie Highway and across from the Billie Johns Sr. Ball Field can see the fruit of faith. In early June, jutting nearly 40 feet toward the clouds, the iron skeleton of what will be a youth church and multipurpose building was erected.

Tigertail, who is leading the church’s construction plan, said the estimated $400,000 project is a grassroots, church-driven effort that will cost the Seminole Tribe nothing. Monetary donations by church members, discounts provided by area contractors, plus free labor and supplies kicked in by friends and family from Indian Country near and far, will ensure the building opens debt free.

“The main thing is to keep the cost at what the people can give – and with what the Lord can give,” Tigertail said.

And all in God’s time.

Pastor Salaw Hummingbird said the building was always a hope but individual financial support began in earnest about 2005. In May, former Tribal President Richard Bowers Jr. delivered a $5,000 boost from the non-Tribal Go Kids Foundation in Fort Lauderdale, which provides support for children’s causes.

“We’ve been going at it one phase at a time,” Hummingbird said. “But we are doing now what we always called ‘the future.’”

About three years ago, the old structure was torn down. About a year later, the cement slab for the new place was poured. Soon, cinderblocks were laid for the exterior walls.

Richard Durling, president of the Marvin Development Corp. which is heading the project, said the building’s “skin,” doors and windows would be constructed during the coming weeks.  The building will include classrooms, a kitchen, a mezzanine and a large multipurpose room that could transform from basketball and volleyball courts to a dining and reception hall.

“It’s a work in progress and will take time, but the stage is being set,” Durling said.

Pastor Charles Locklear, of the Lumbee Indian Tribe in North Carolina, will visit with a team of workers to erect the inside framework and sheetrock. Next, Chuck Glass, a Cherokee from Oklahoma, will come with a crew to install the electricity.

“That’s how the Lord works. These guys were looking for ministry work in the area; we have the work,” Hummingbird said.

Workdays for volunteer professional painters, carpenters, plumbers and other trades will be staged for the summer. Then, community members, friends and families will be allowed to lend a hand.

Tigertail said he and the church’s youth minister Josh Jumper look forward to holding youth activities in the new facility. Basketball, volleyball, movie nights and live music ministries are on the horizon for children and teens who call Big Cypress home.

“We have over 300 kids on the reservation.  If we can raise them to be God-fearing, good adults then our prayers are answered,” he said. “Hopefully that’s what we can do with a building like this.”