Skip to content
You are here
Home > Community > Naomi Wilson: One of 26 to earn American Express World Service Excellence Award 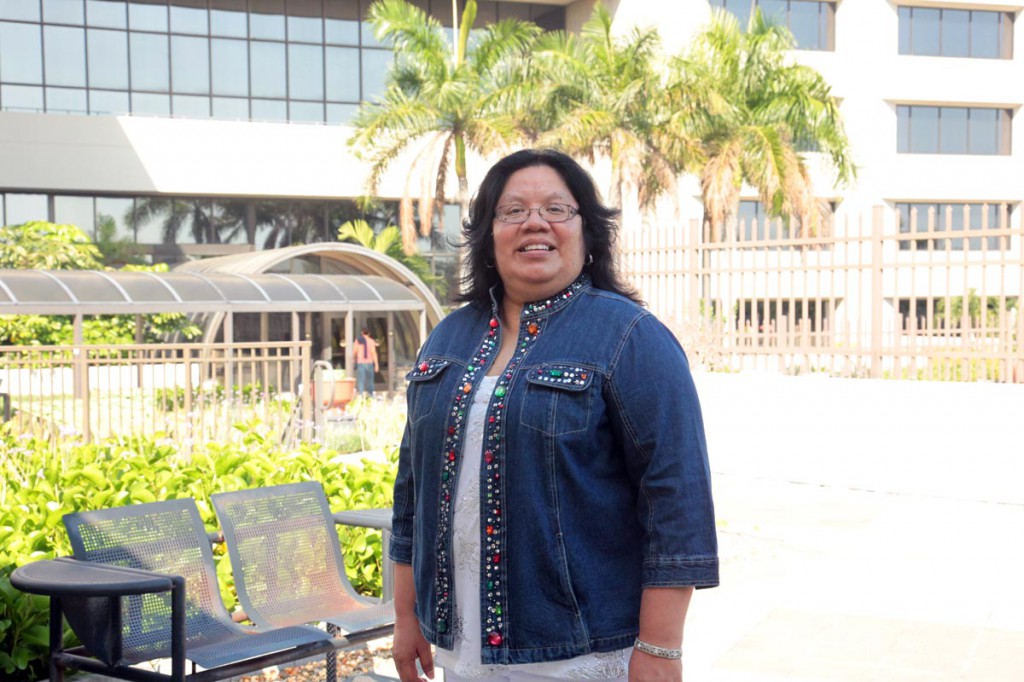 HOLLYWOOD — Naomi Wilson’s meticulous organization has suited her well during her 23-year professional life in finance at American Express. So well, that she was recently presented with the American Express World Service Excellence Award. The award, only given to 26 American Express employees of nearly 60,000 worldwide, is a testament to her analytical and problem solving skills.

“To me, everything is a process,” said Wilson, who lives in Hollywood. “Once you understand something you can improve it.”

Wilson was surprised with the award when called in for an early morning meeting at the office. Instead of the conference call she was expecting, colleagues informed her of the award.

“The World Service Excellence Award is for the highest performing Customer Fulfillment Network colleagues,” said Ron Oestreicher, vice president and general manager of the Customer Fulfillment Network Department of American Express. “Selecting 26 people was a difficult task. This is for their stellar performance and extraordinary cardmember service.”

The recommendation for the performance-based award came from Wilson’s supervisor, who recognized her outstanding abilities. Criteria included going above and beyond expectations to help the company and its customers. Wilson did so by taking on the additional responsibility of ensuring all active military personnel receive special benefits offered to them on their American Express accounts.

“This was a priority and goal from upper management,” Wilson said. “I had to make sure the accounts were qualified and adjusted to fall under the guidelines set by the Department of Defense through the Servicemember’s Civil Relief Act (SCRA). It was my help on the project that put me over the top for the award.”

SCRA postpones or suspends certain civil obligations to enable deployed service members to devote full attention to duty and to relieve stress on family members, including outstanding credit card debt, mortgage payments, pending trials, taxes and terminations of lease. Wilson worked on the project, which encompassed tens of thousands military personnel, in addition to doing her full-time job as an accounting clerk in the Finance Department.

“There were a lot of long days and weekends,” she said. “It feels good to be recognized, but this is just what I do. I’m glad that I did it to help service members.”

Wilson takes pride in doing the best job possible. She also received a Certificate of Excellence for her performance in 2012.

“People see the value you added and contribution you made to the company,” she said. “I don’t think it is hard work until I look back at it when it’s done. While I’m doing it, I just know it has to get done. I get a lot of satisfaction from the job.”

A believer in self-improvement, Wilson has worked in finance throughout her career, which included working for United South and Eastern Tribes Inc. (USET) in Tennessee and for the Seminole Tribe’s Housing Department.

“I enjoy the job because it lets me touch the world every day,” she said. “I thank God every day because I know I’m very fortunate in so many ways.”