Skip to content
You are here
Home > News > Wildland firefighters from Indian Country train in BC, Brighton

BIG CYPRESS — Forestry firefighters fight fire with fire to prevent large wildfires from spreading out of control. Wildland firefighters from all over Indian Country have been busy setting fires in Big Cypress and Brighton to practice their skills and learn new ones.

The program began in 1994 when Big Cypress Board Rep. Joe Frank was the Bureau of Indian Affairs Forester and it has continued ever since. The program this year started in early January and will continue with training groups through April. The firefighters, who stay for 14 days at a time, work under the auspices of the Tribe’s forestry department and use reservation land as their classroom.

“Wildland fire positions are based on tasks completed,” said Grant Steelman, forester/fire management officer. “They work through task books to show proficiency. Individuals are working to fulfill their task books and at the same time just being part of our program while they are here.”

Some of the task books being worked on include engine boss, firing boss, prescribed fire burn boss and plastic sphere dispenser operator.

Steelman had about 70 applicants for the 30 to36 positions in the program. On Feb. 1, 16 firefighters from the Crow, Navajo, Gros Ventre, San Carlos Apache, Rosebud Sioux, Yankton Sioux and Ute Mountain Tribes joined the Seminole forestry department to burn 2,000 acres of underbrush in Big Cypress. Most were ground crews who burned a “black line” clear of vegetation to contain the flames, but an aviation detail was charged with igniting most of the acreage from a helicopter.

“The objective is to reduce the fine fuels and help prevent a wildfire,” Steelman said. “We’re trying to knock that back so if we do have a wildfire it will have less intensity and cause fewer problems for Tribal members.”

Fine fuels include pine and cypress needles. The crew had previously completed prescribed burns from the ground in BC and experienced the speed and intensity of those fuels. The Tribe’s forestry division tries to burn about one-third of native area vegetation in BC every year.

Members of the helicopter crew, who were working on their plastic sphere dispenser operator training task books, communicated with the ground crews and planned to drop a few thousand small plastic spheres over the area. The spheres are filled with ethylene glycol, similar to antifreeze, and take 5 to 10 seconds to ignite after hitting the ground. It was the first aerial ignition burn attempted in the program.

“This is another tool for us to use,” said Brandon Spencer of the Gros Ventre Tribe in Montana. “It’s a necessity in my job.”

Spencer works with the Bureau of Indian Affairs in the Rocky Mountain Region as an assistant helicopter manager. He oversees a staff of seven, runs the day to day operations, assesses fires, protects property and keeps the public safe. Montana’s dry season runs from late July through September.

Natalie Lynch of the Navajo Tribe is an assistant helicopter manager for the Navajo Region of the BIA with 19 years of experience who hoped to increase her knowledge.

“This will make it a lot faster, more efficient and safer for the people on the ground,” Lynch said. “It would take seven days for ground crews to do what we can do in an afternoon. The training will really help us when we have large fires.”

The Navajo reservation, which is comprised of 17 million acres in Arizona, New Mexico and Utah, has about seven million acres of commercial timber and 10 million acres of mixed trees and sagebrush. More than half of the land is arid, desert climate with fires most common from May to mid-July.

Randy Pretty-on-Top of the Crow Tribe in Montana has been a wildland firefighter for more than 50 years and has trained with the Seminole forestry firefighters for 25 years. He serves as a facilitator, mentor and coach for the firefighters in the program.

“I know a few things,” Pretty-on-Top said. “I hope they will get the experience to become qualified to be firing and fire bosses so they can move further in prescribed burning operations on their own reservations.”

All of the visiting firefighters have terrain completely unlike Florida’s and most were glad to have a few days of warm weather.

“Things burn when they are green here,” said Joshua Hanks of the Crow Tribe, who works for the BIA’s the Rocky Mountain Region. “But the fire challenges are the same as anywhere; to stay within the parameters of the burn.”

The day began with a briefing led by burn boss Tanya Albert of the Southern Paiute Tribe. She began with the weather report and forecast and then described the area of the burn on a map. The responsibilities of the burn boss include safety of the crew, burning a small test fire and determining if it is safe to burn the rest of the 2,000 acres.

“After we light the test fire, we see how fast it spreads, the flame length and height and the rate of spread,” said Albert. “If it’s good to go, I tell them to ignite the rest. Safety is our first priority.”

She gave the go-ahead to ignite at 11:35 a.m. The firefighters on foot and in a buggy slowly made their way deep into the woods, igniting a row of flames along the way. The flames spread quickly and a few firefighters helped keep it contained with hand tools, thus creating a line devoid of fuel. A flock of wood storks hovered over the area, hoping for an easy meal of fleeing large insects.

There were no strong winds and thick smoke filled the woods. Pretty-on-Top put his finger up in the air.

“Listen to the wind, it’ll tell you things,” he said.

Brittany Iron Shell of the Rosebud Sioux Tribe in South Dakota, walked at the front of the line with a can of fuel setting fires with every step. The heat of the flames and the smoke didn’t deter her.

“It’s a lot different than the grasslands at home,” said Iron Shell, who works at the BIA’s Winnebago Agency in Nebraska. “This is a great opportunity to transition from a hand crew to engine boss and prescribed fire burn boss.”

Clint Smith of the Crow Tribe in Montana stayed at the rear of the fire to tamp down and put out any wayward flames. He adjusted easily to the weather, but moving through the BC woods was a new experience for him.

“This land is flat, I’m used to steep mountain terrain,” said Smith. “The vegetation here is super thick, like a jungle.”

William Hensley of the San Carlos Apache Tribe in New Mexico was working on his engine boss task book. He has 13 seasons of experience in Arizona, Montana and the recent fires in northern California.

“Our main goal is to save people and their houses,” he said. “When you can’t succeed, it takes a big toll on them.”

A few days after this group’s training, an actual wildfire erupted in BC. It was small, only 7 to 10 acres, and didn’t affect any homes. Although the firefighters in the program traveled home early due to the brief federal government shutdown, a group of six women from the Prescribed Fire Training Center in Tallahassee were working in Big Cypress Preserve at the time and helped extinguish the fire.

“The fire helped address a hazardous fuel buildup that had been identified as a containment problem last year, but the program did not make it to that location to conduct fuel treatment work [(prescribed fire or mechanical],” Steelman said. “The fire and resulting prescribed fire burn out operation helped in reducing Wind Clan and Farmer roads wildfire risk during the upcoming wildfire season.” 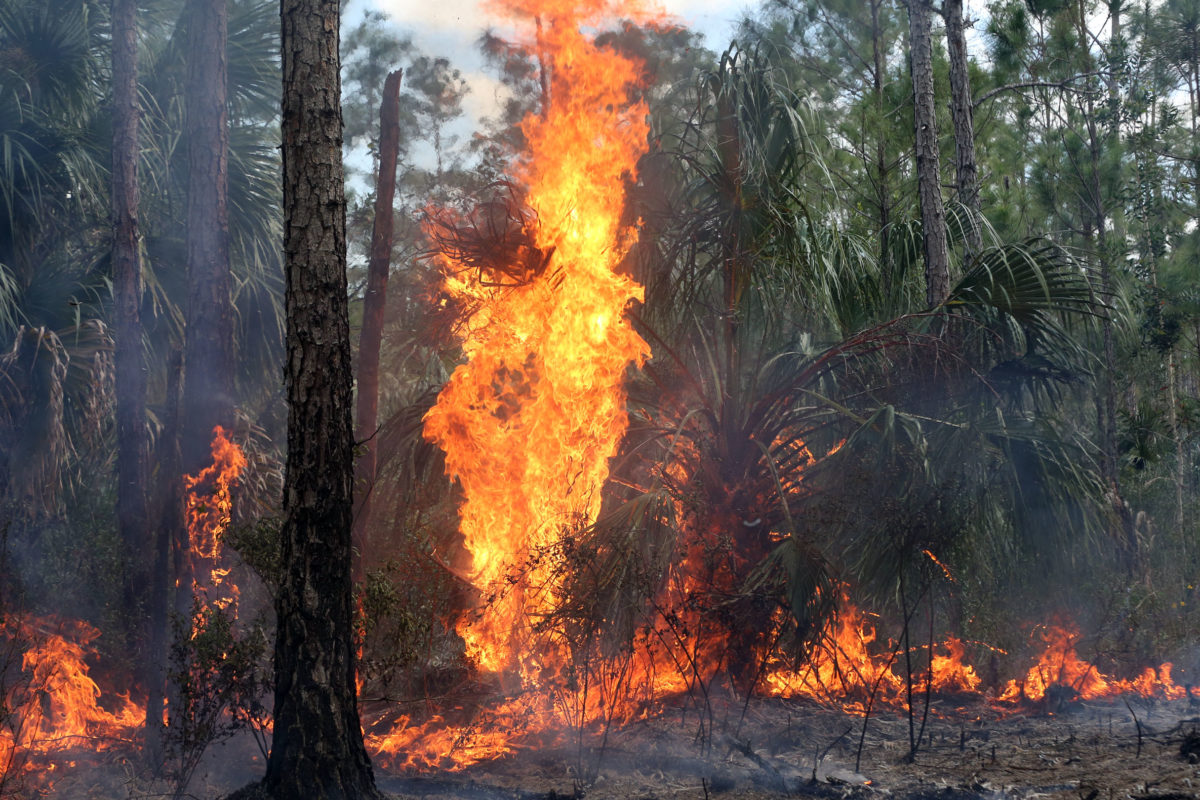 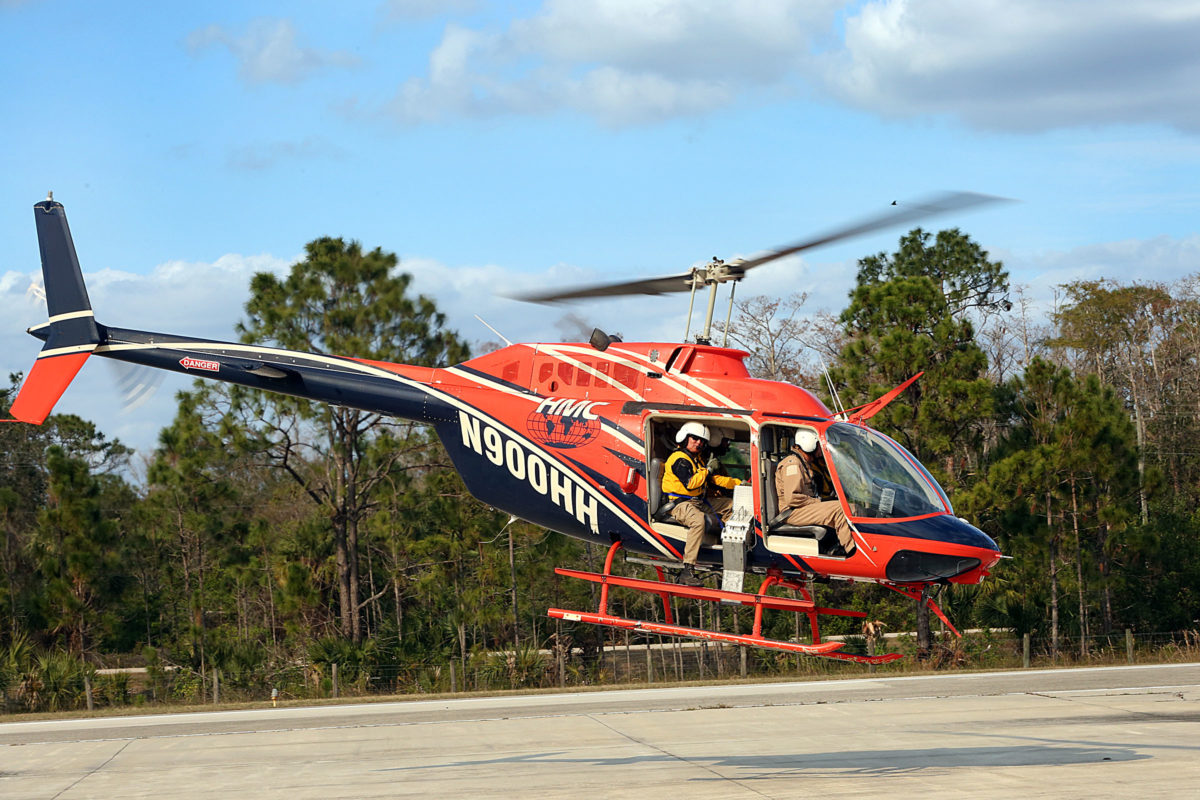 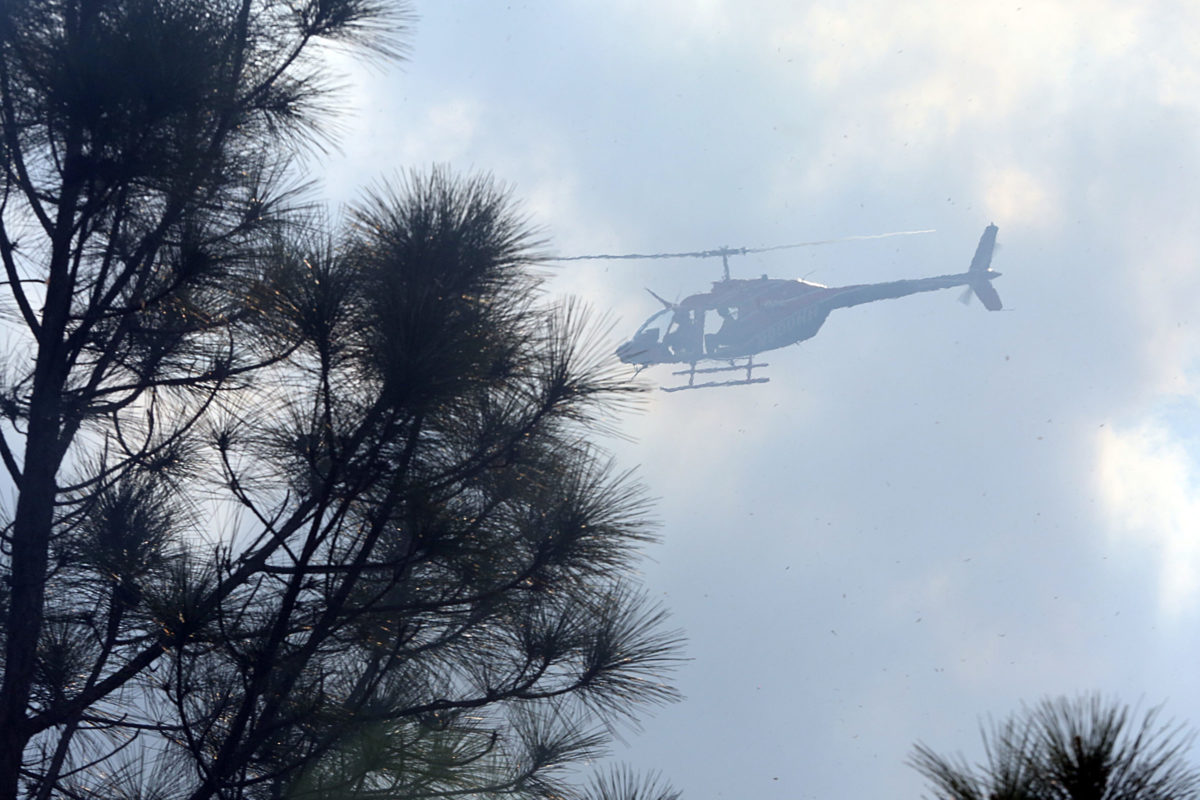 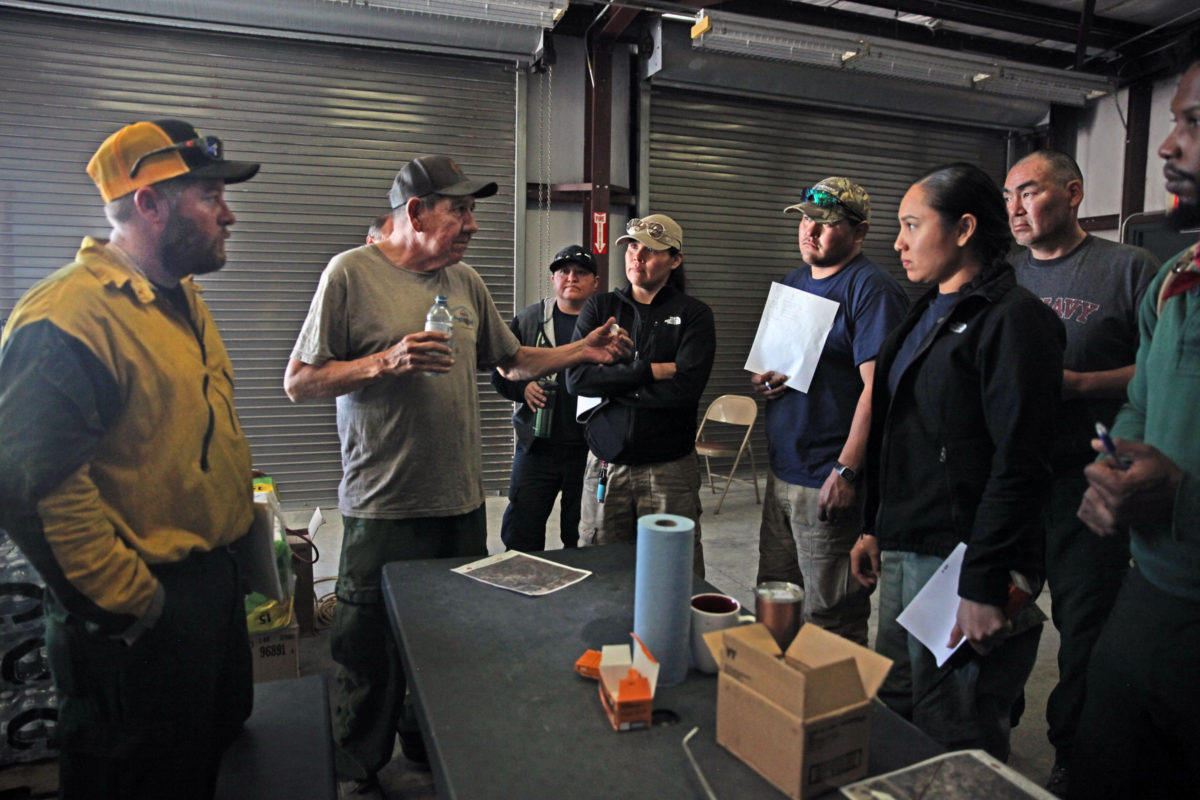 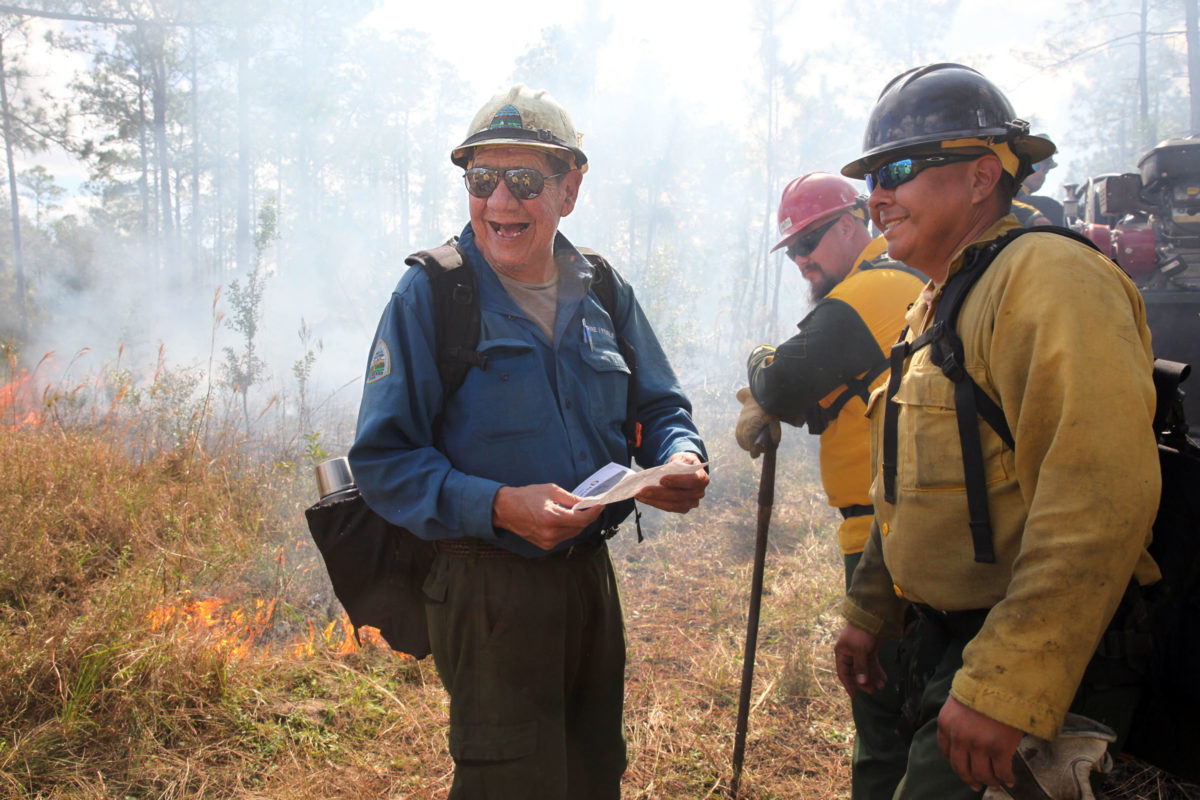 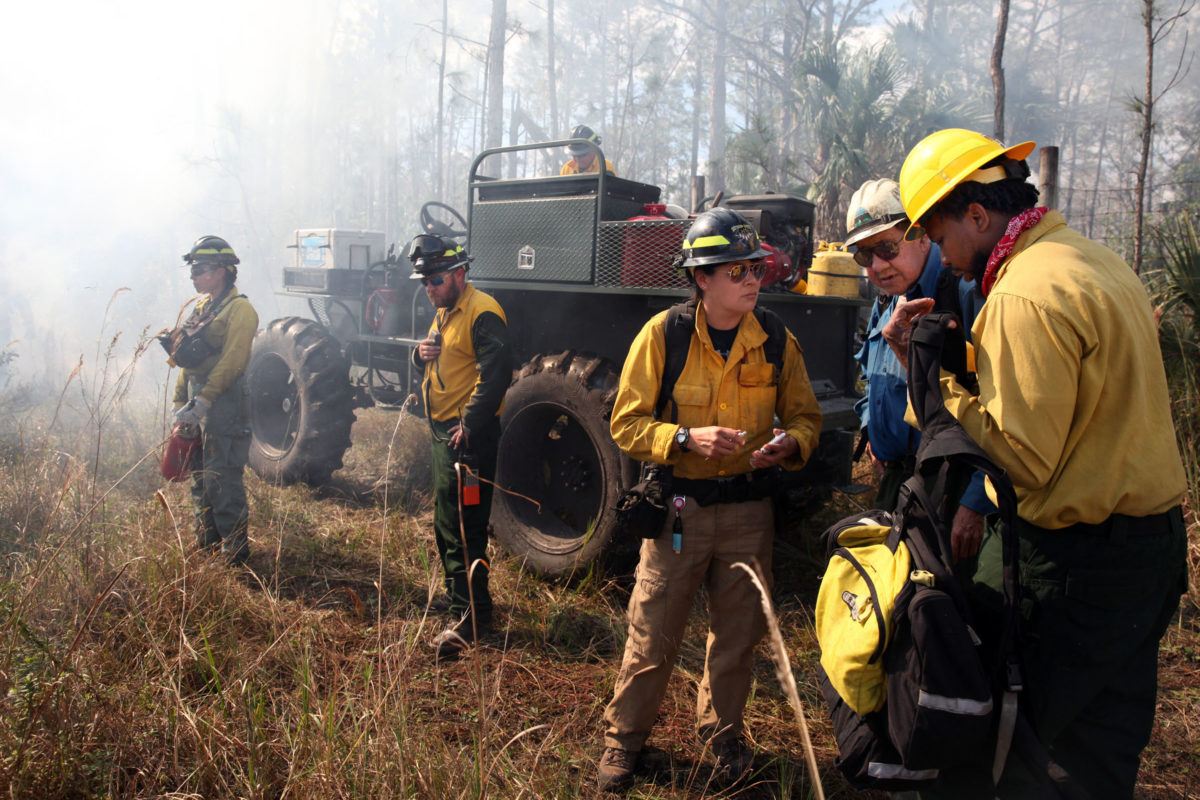 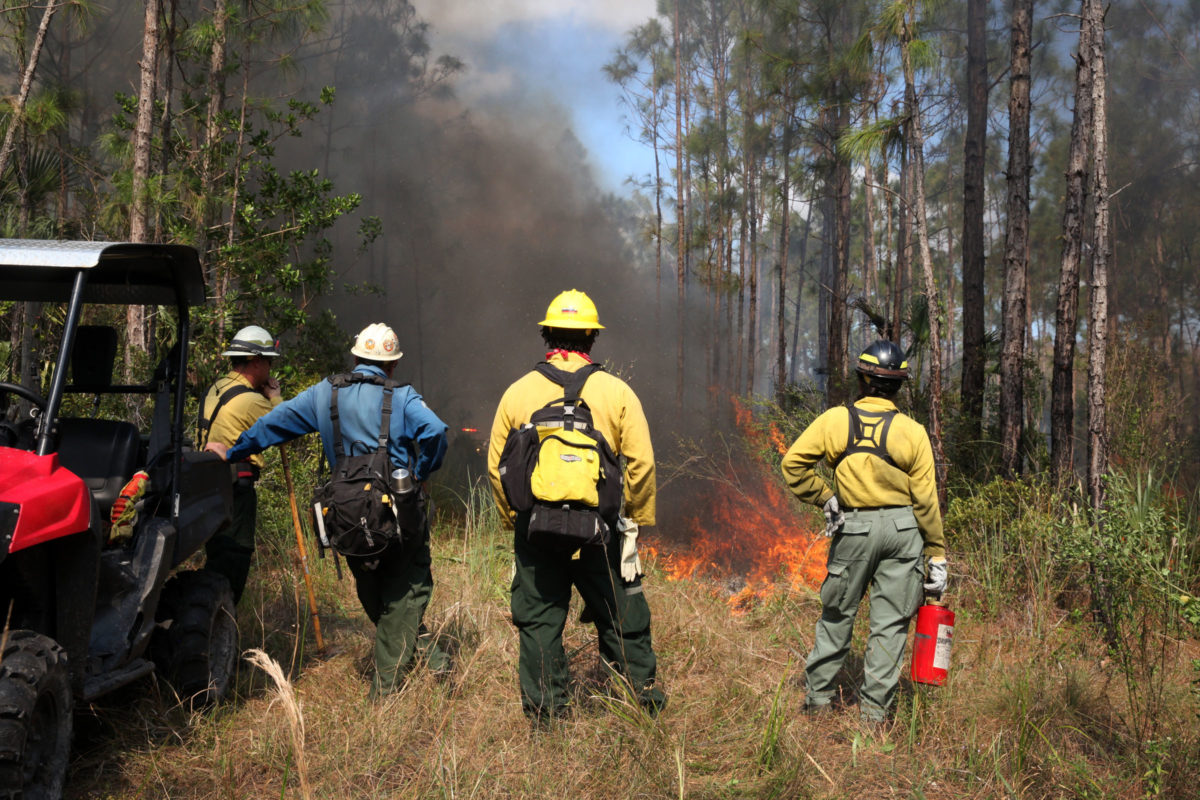 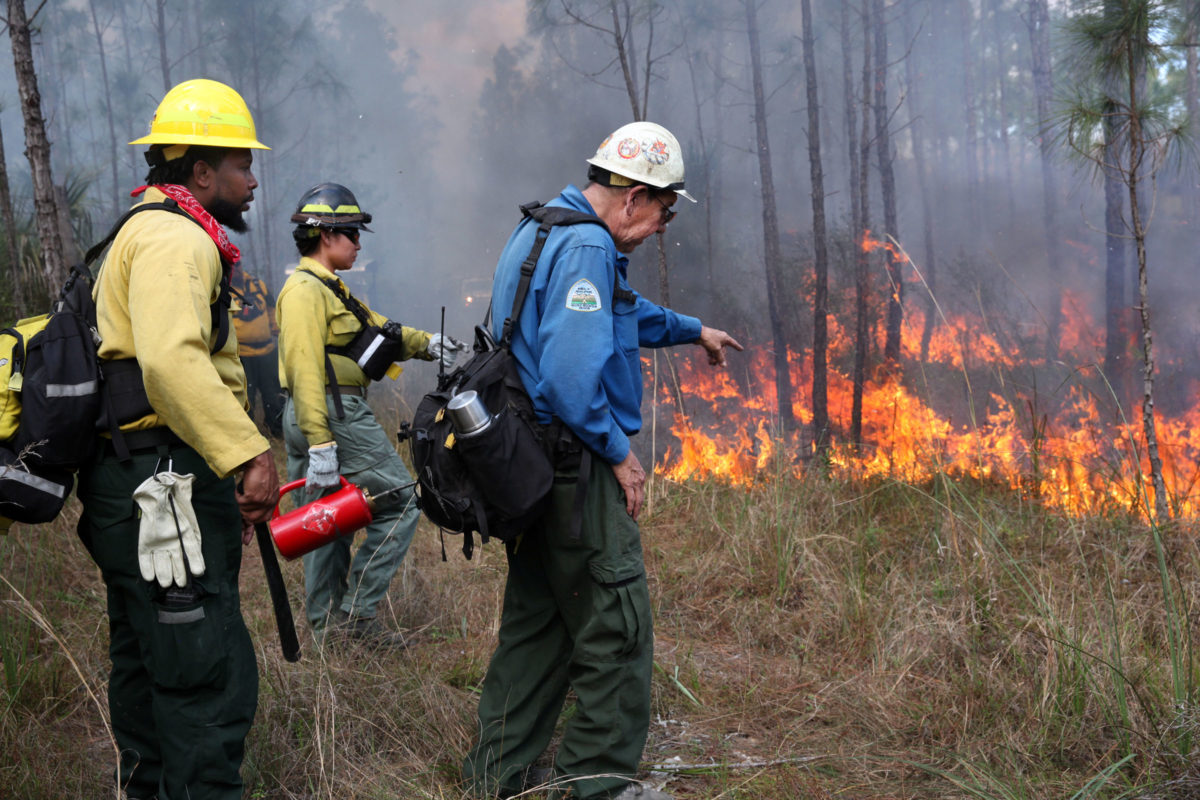 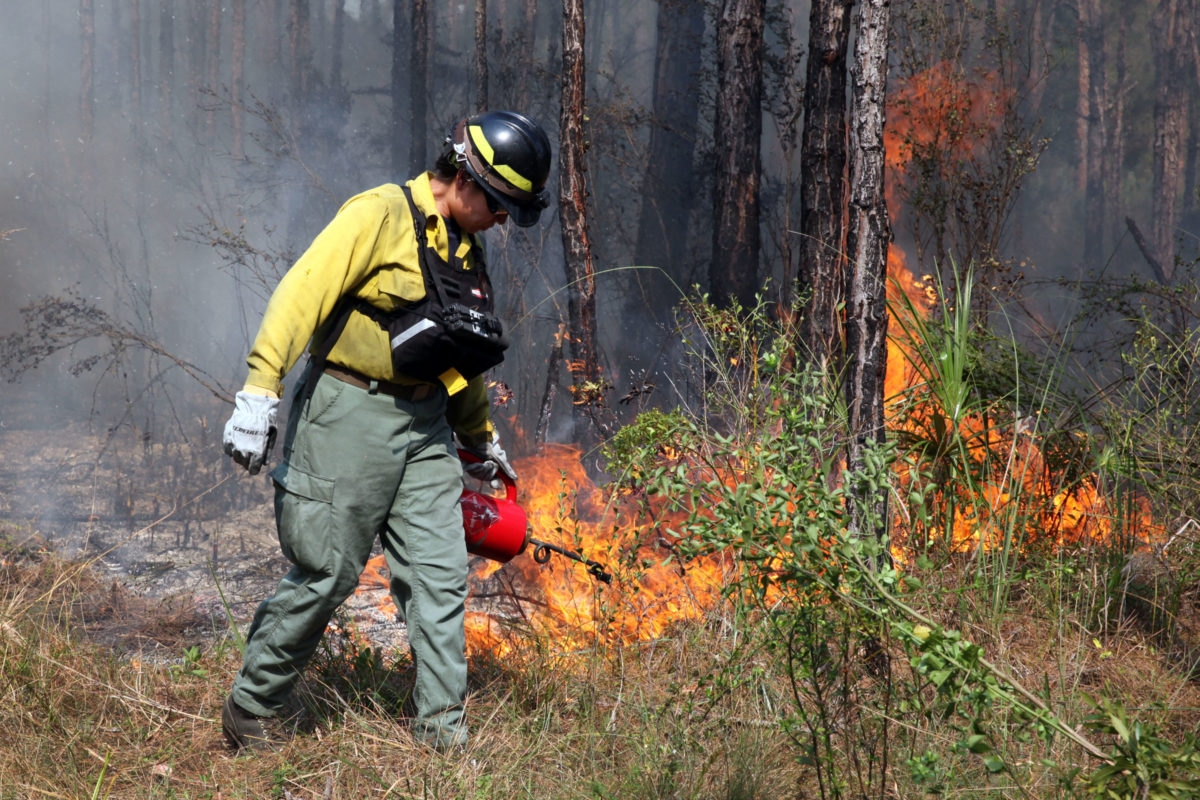 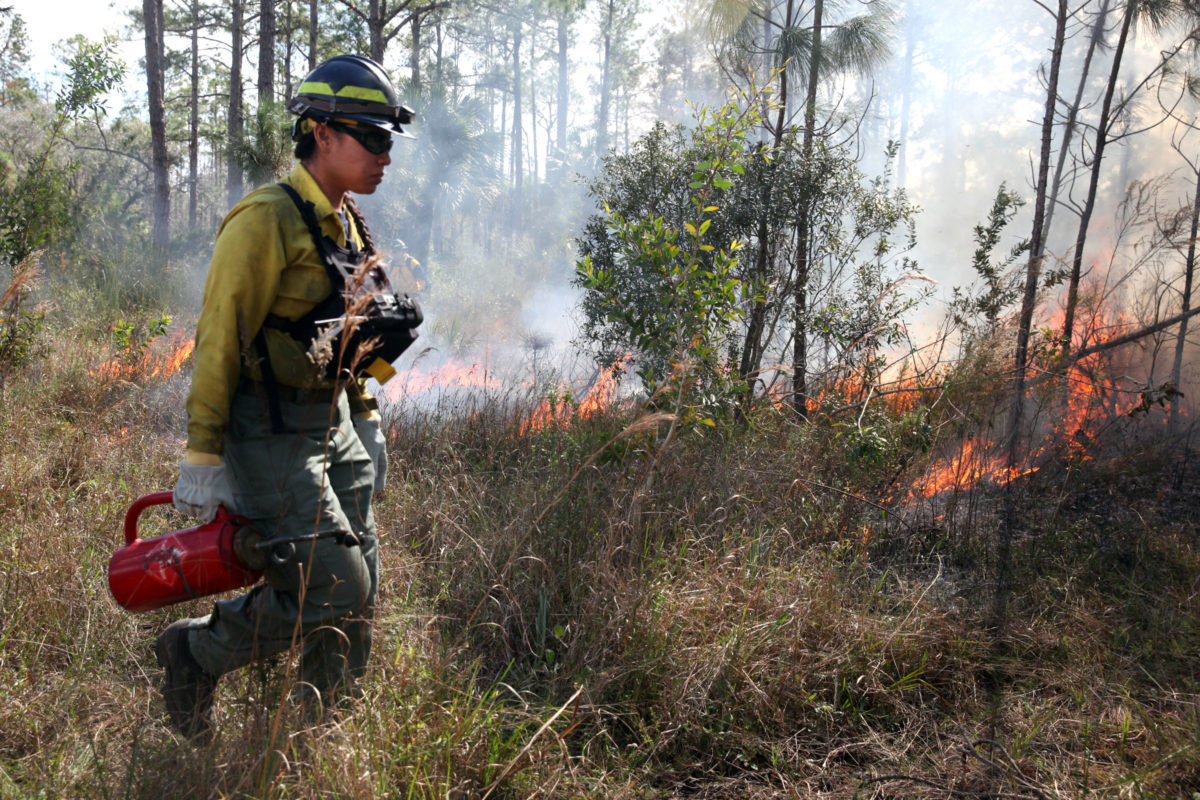 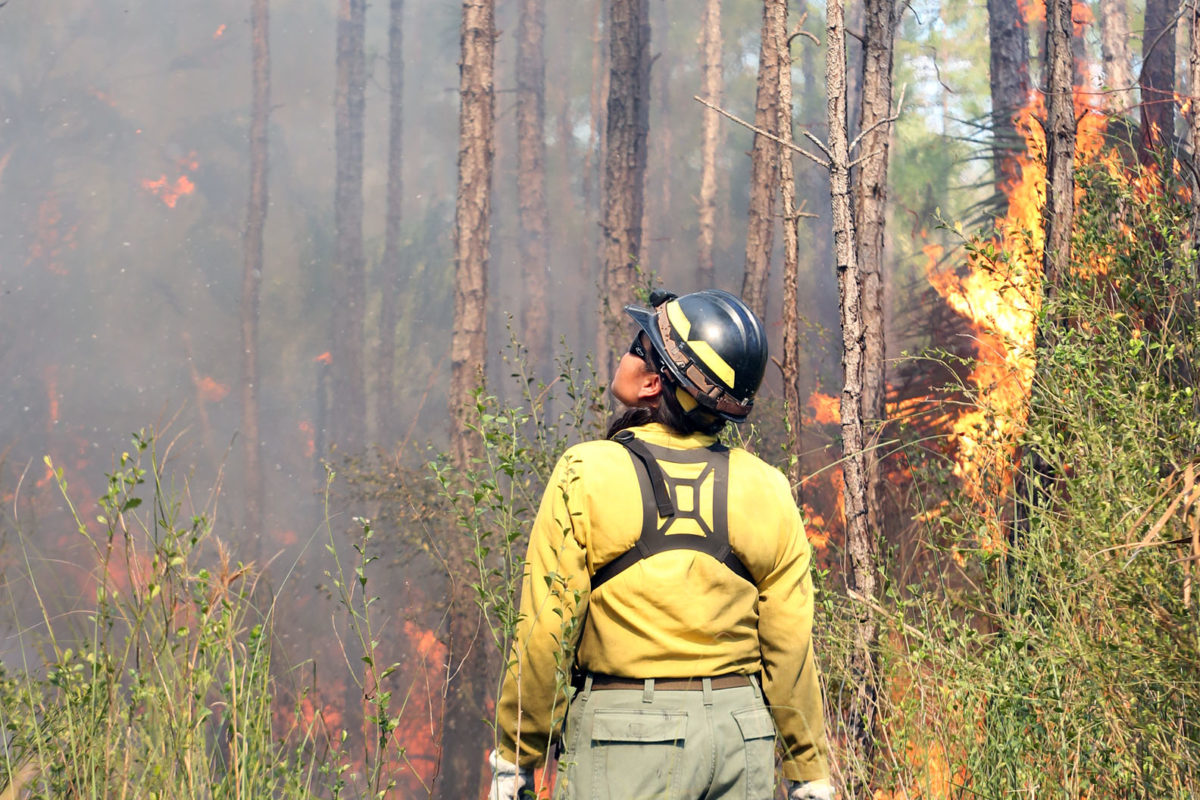 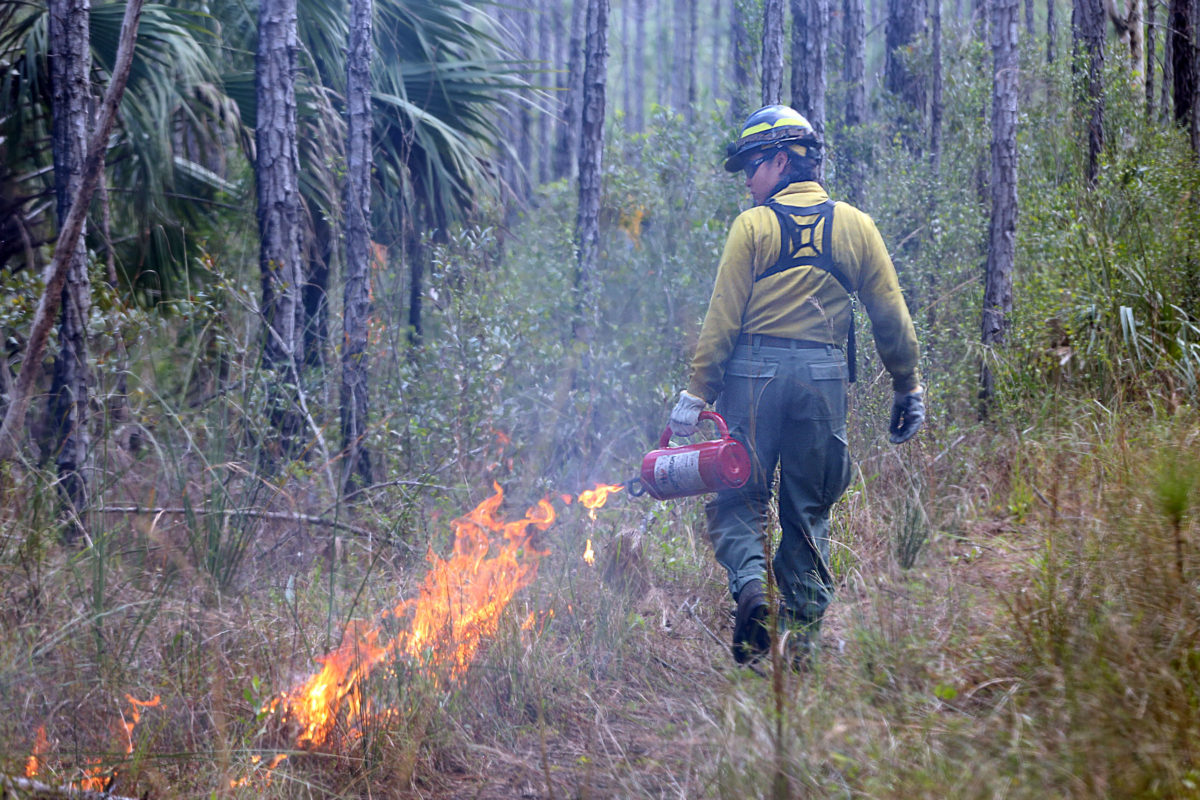 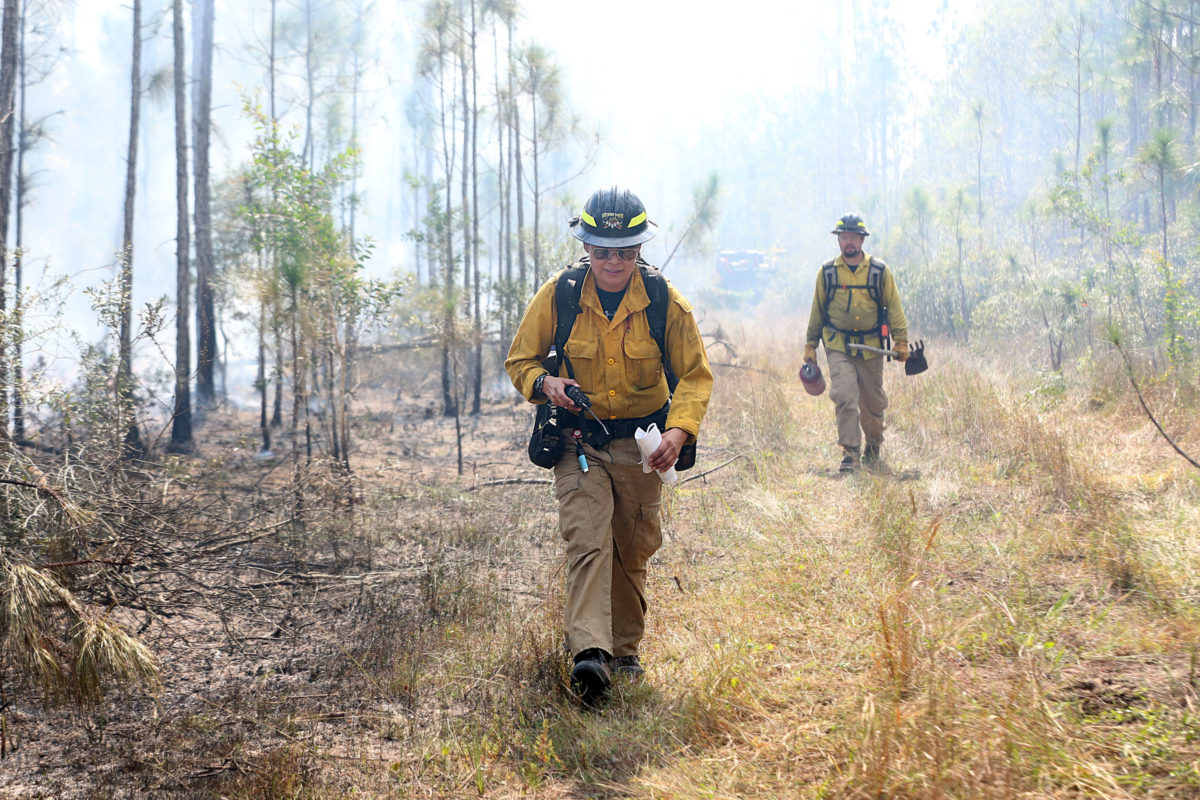 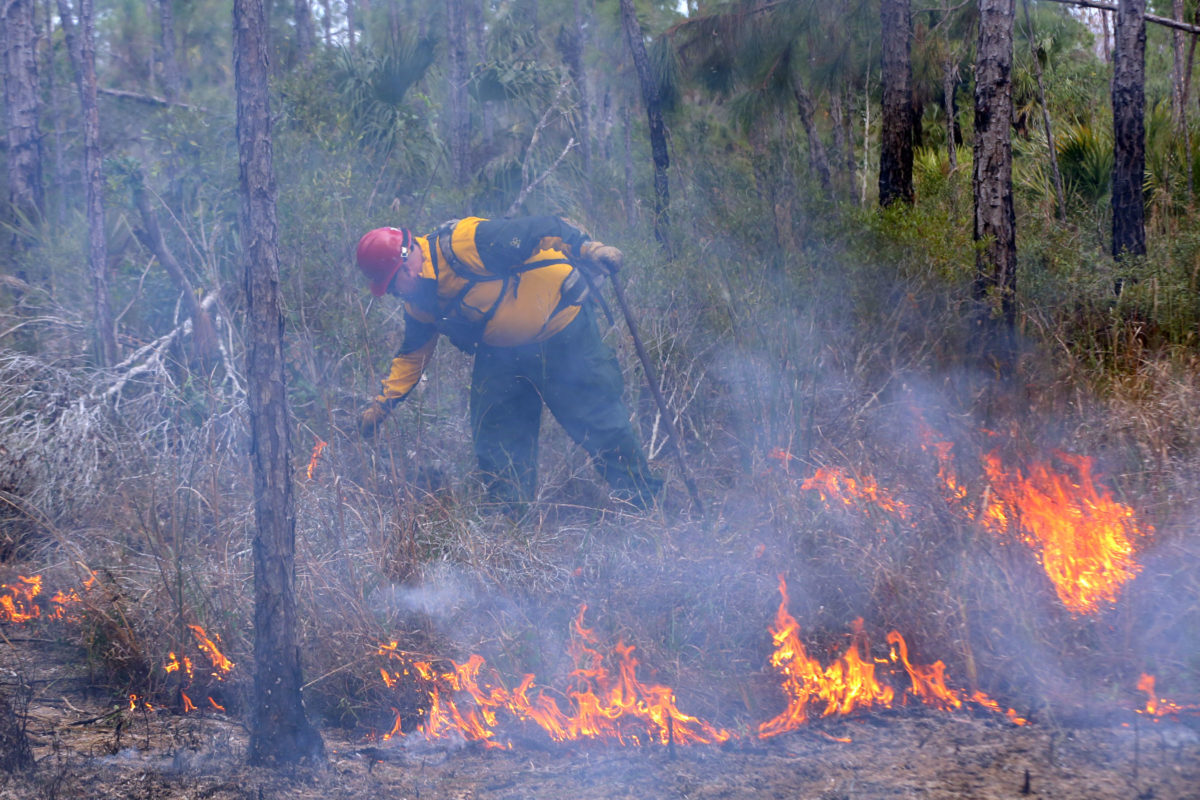 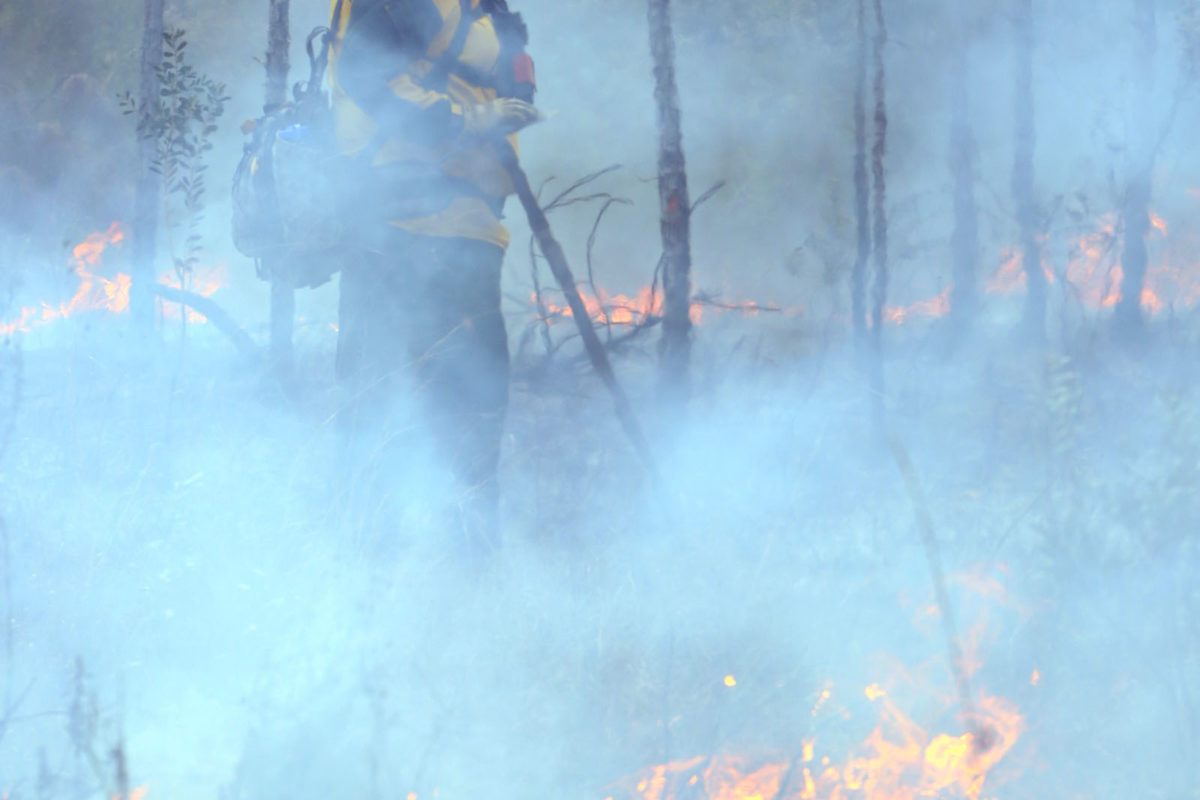 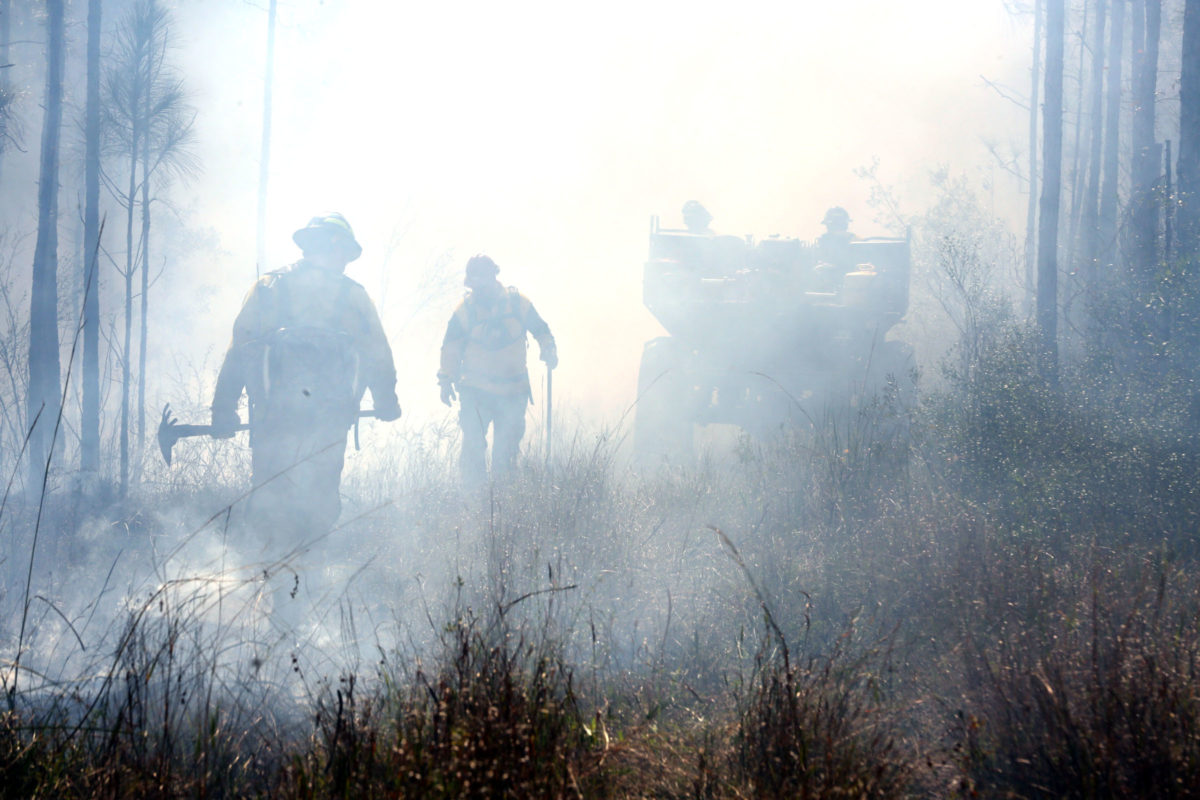 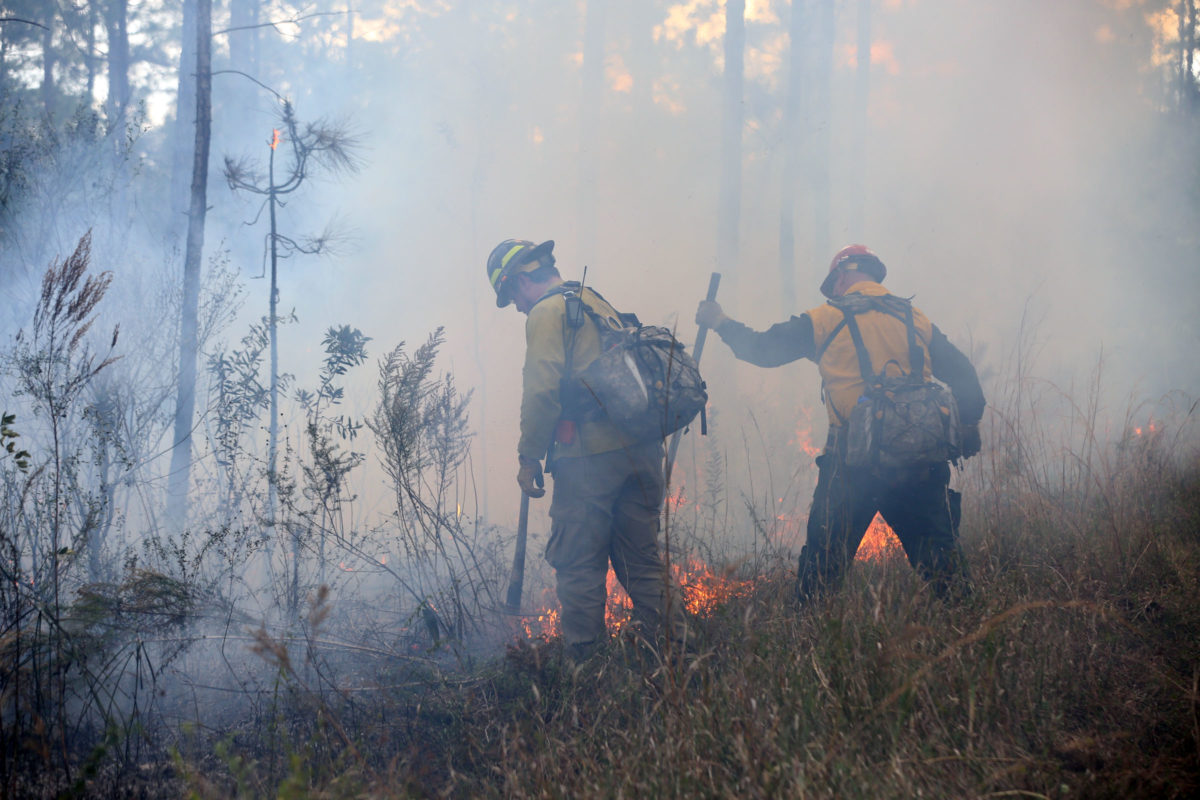 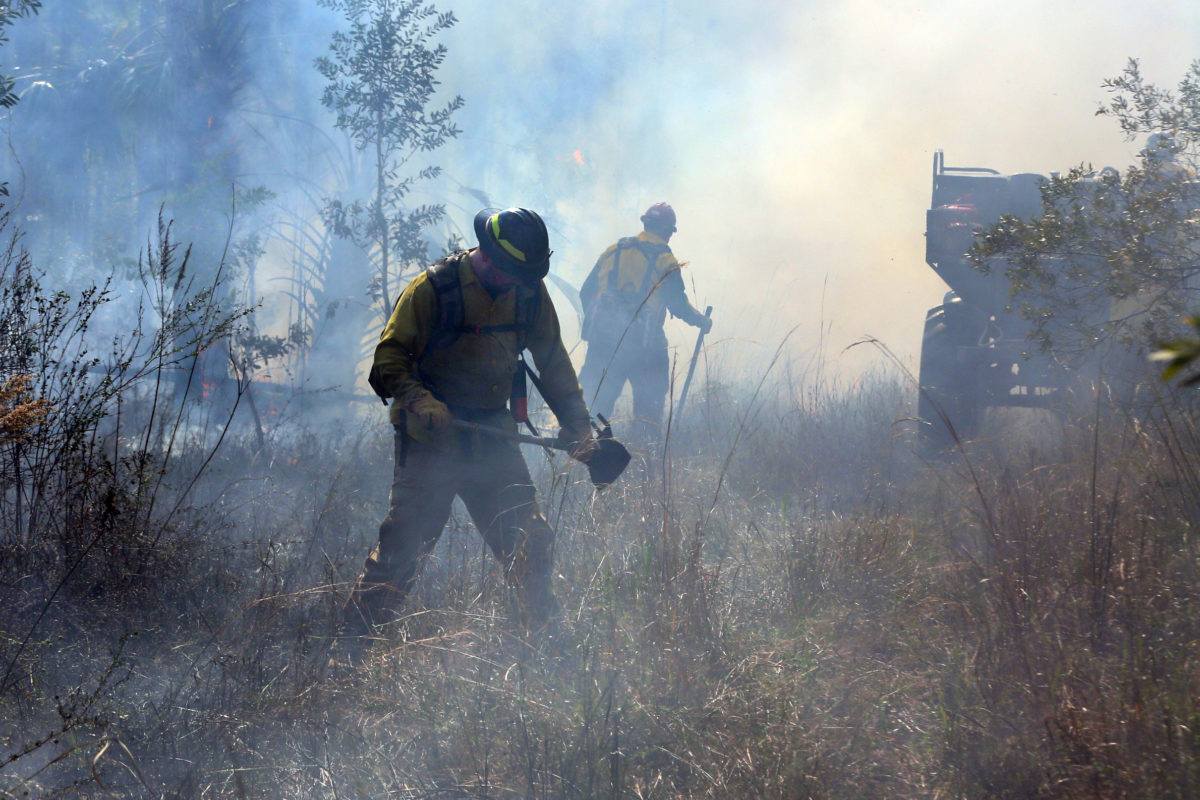 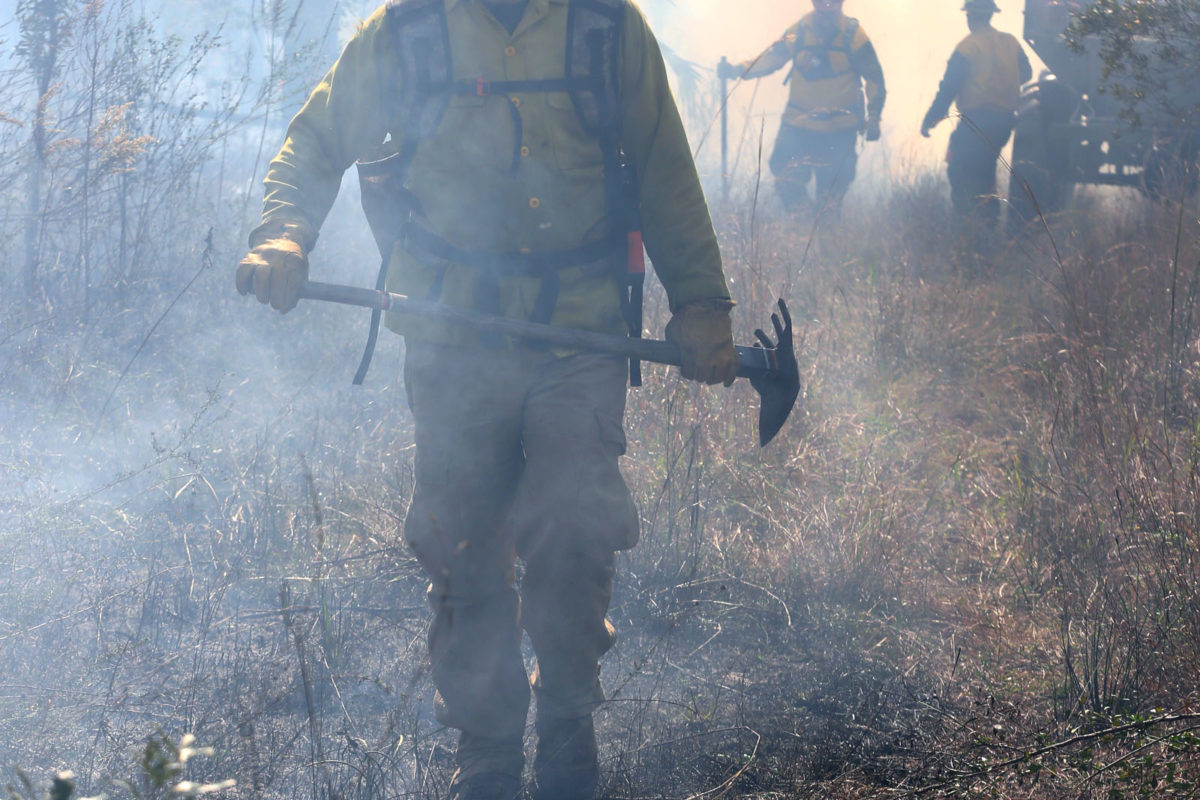 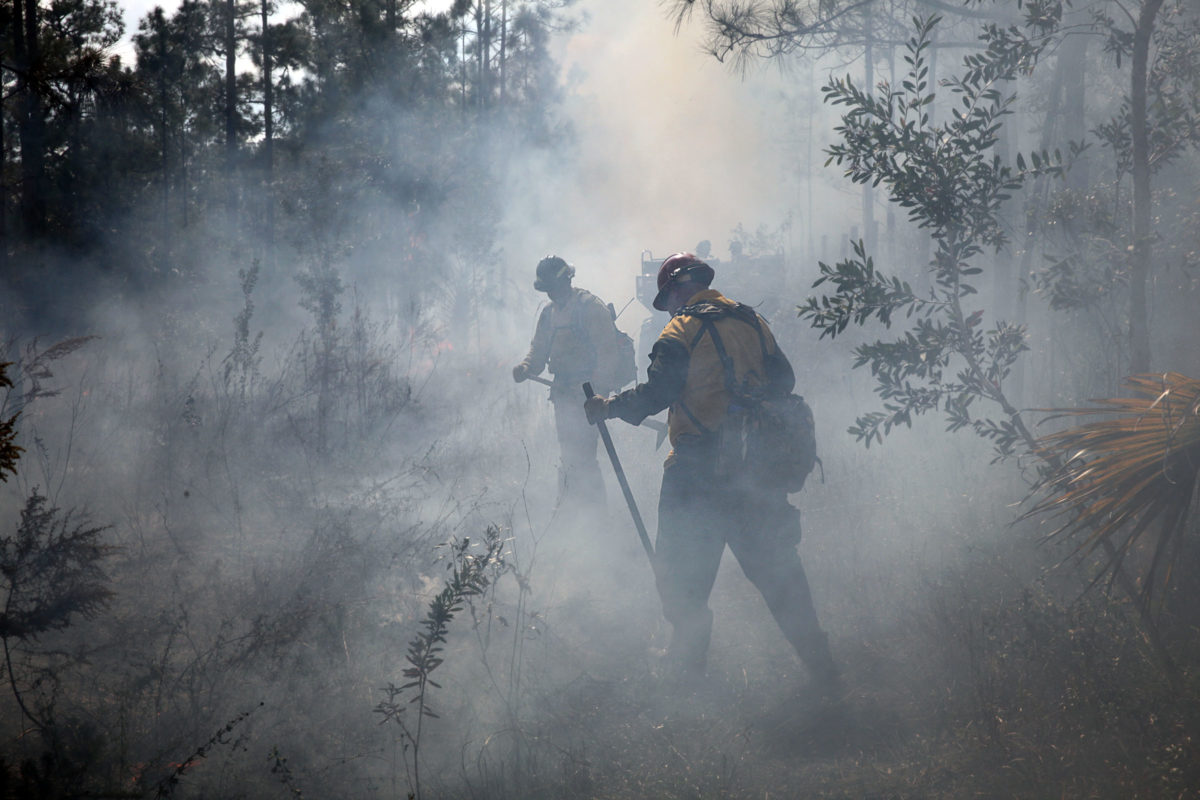