NAPLES — A 7,500-acre wildfire in Picayune Strand State Forest prompted the evacauation of the Seminole Tribe’s Naples field office March 7. Emergency personnel removed Tribal assets and valuables from the office the next day.

“Yesterday we couldn’t smell the smoke, but now we can and the ash is all over the building,” Naples liaison Brian Zepeda said March 8. “Firefighting helicopters have used the lake behind the office to fill their buckets with water to fight the fire.”

The field office on Plover Avenue is next to Interstate 75’s exit 101, which is part of a stretch of the highway that was closed due to the fire that started March 5.

Members of the Seminole Police Department, Fire Rescue, Fixed Assets and Buildings and Grounds departments took inventory and removed items, including computers, sewing machines, patchwork pieces, pictures on walls and other equipment. The items were relocated to Immokalee for safe keeping.

“Immokalee is local and it will be easy to get everything back over to Naples when we reset the office,” said SPD Chief William Latchford.

“This has been an extremely dry, dry season,” NBC2 television meteorologist Rob Duns said in an interview with WGCU radio. “We have gone more than six months without normal rainfall.”

By March 12, the fire was 80 percent under control thanks to the work of about 150 firefighters, including Seminole wildland personnel. 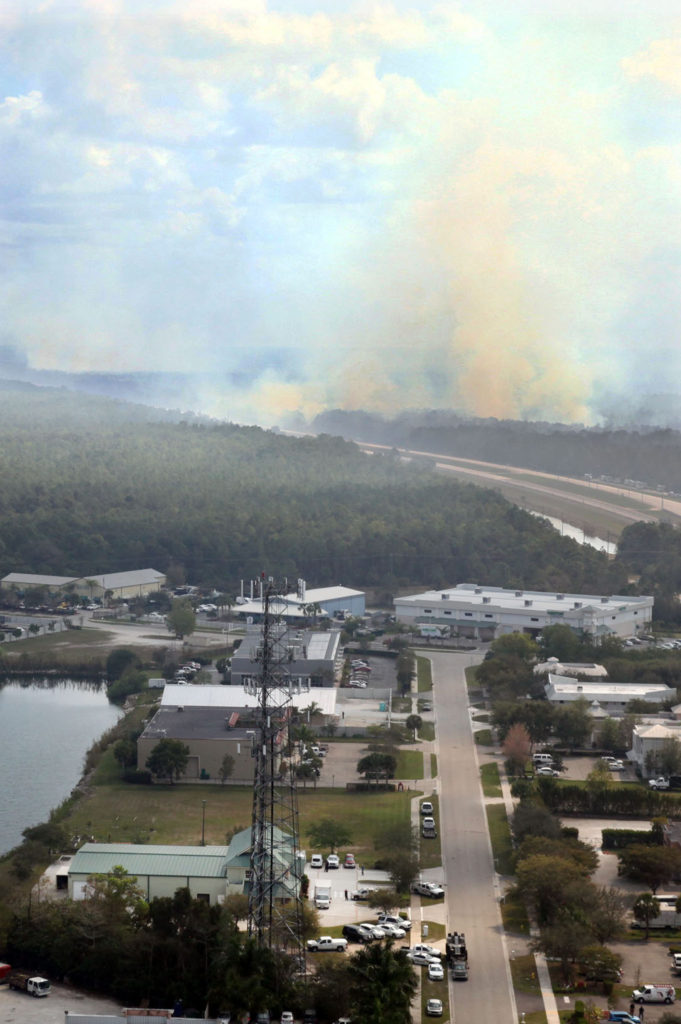