HOLLYWOOD — In recent NAYO basketball tournaments, the Tribesmen 14U boys team has shown it belongs among the elite teams in its age division.

This year was no different as the Tribesmen, filled with speed on the outside and toughness on the inside, went the furthest of any Seminole team at the annual NAYO tournament, whose rotation brought it to the Hollywood Reservation and other local venues April 19-20.

After all of the other Seminole teams had been eliminated, the Tribesmen fought their way through the losers bracket to reach the championship, where they finished runner-up to the Choctaw’s Kiwashowa.

“All of them contributed to the wins we got and every last one fought to the end. None of them gave up,” said Tribesmen coach Preston Baker.

The Tribesmen love to run. They get the ball and go. They love the transition game and often dictate the pace of their games.

“We like to push the ball. Slow pace is not us,” Baker said.

But before a fast break can develop, defense needs to do its job, and the Tribesmen excelled in that department. Channon Frye, Jaytron Baker, CJ Jumper and Ramone Baker won a lot of battles on the boards. Meanwhile, pressure from quick guards such as Dakoya Nunez, Nakai Alex and Dathen Garcia forced turnovers.

Offensively, the team was led by Roger “Fresh” Walters, a smooth-shooting guard who was a scoring machine throughout the two days. He scored nearly half of his team’s points when he dropped 25 in a 52-44 win against Skinz. Consistent secondary scoring came from Frye and Alex.

The 14U NWA girls team, which didn’t have much experience on the roster, went 1-2.

“It was a struggle for them,” Baker said. “They had a hard time adapting and coming together, trying to find that chemistry. It was tough for them. I told them not to give up and never stop fighting and keep moving forward. It’s going to be like that somedays.”

Preston Baker wasn’t the only one who coached multiple teams at NAYO; Hunter Osceola coached two. He had the Native Soldiers’ 14U boys and 17U boys.

The 14U squad went winless, but Osceola said it was still a good experience for coach and players.

The 17U team won two games, but was eliminated in the losers bracket by OTF Elite.

“[OTF] had good chemistry. It’s tough to beat a team like that when they’ve been playing for a while,” Osceola said.

Daewon Huggins was a standout for NS in the final game with 23 points.

After winning a state championship with Anadarko High School in Oklahoma, Lexi Foreman suited up for the Lady Seminoles in the 17U girls division. She scored a team-high 19 points in the team’s opening game, a 35-30 win against the Lady Ballers of Mississippi. The Lady Seminoles finished 1-2.

The tournament featured 61 teams, including 11 Seminole. Months of planning and organizing by Seminole Recreation led to a well-run tournament.

“Very smoothly. We enjoyed it. We’d like to come back again,” said Johnny Vaughn, coach of the 14U boys championship team from Mississippi.

Considering hundreds of players are involved in the tournament and each game requires staff, referees, timekeepers, scorekeepers and Fire Rescue, it was a massive operation.

“We did NAYO baseball and softball last summer. We learned from that. This was much smoother,” said Recreation Director Cathy Cypress. “Overall it was good, and it was fun.”

Champions and runner-ups for 2019 NAYO were: 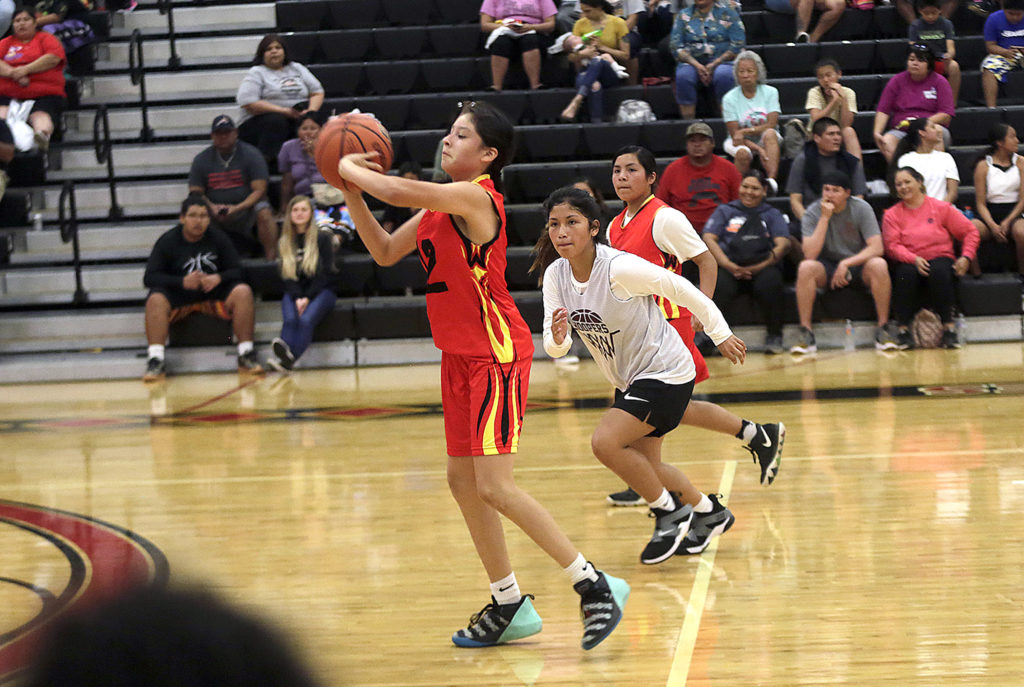 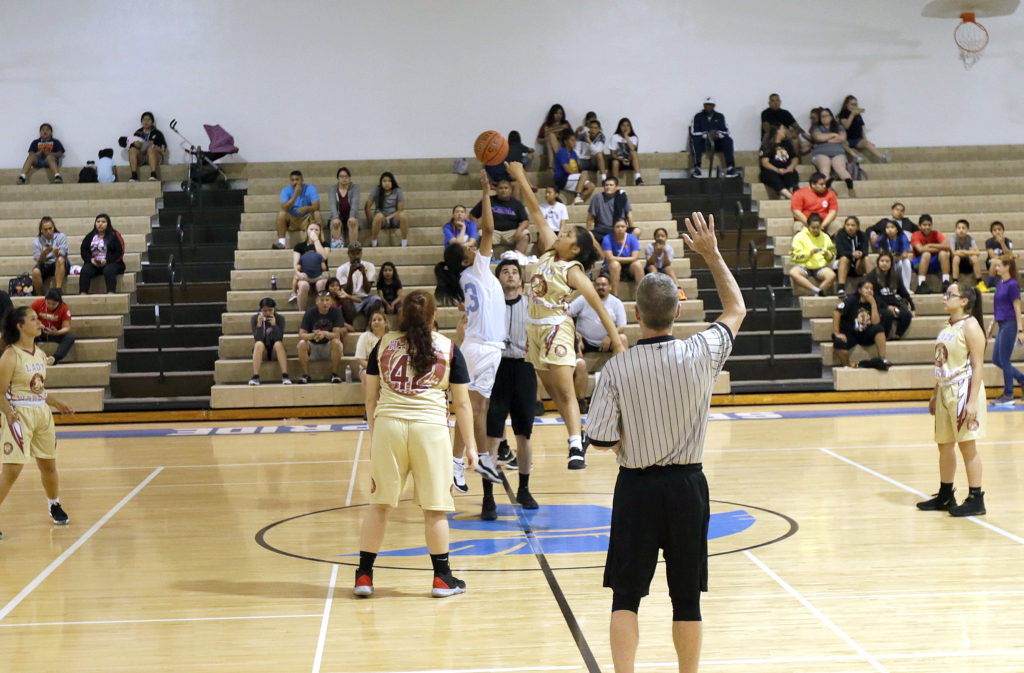 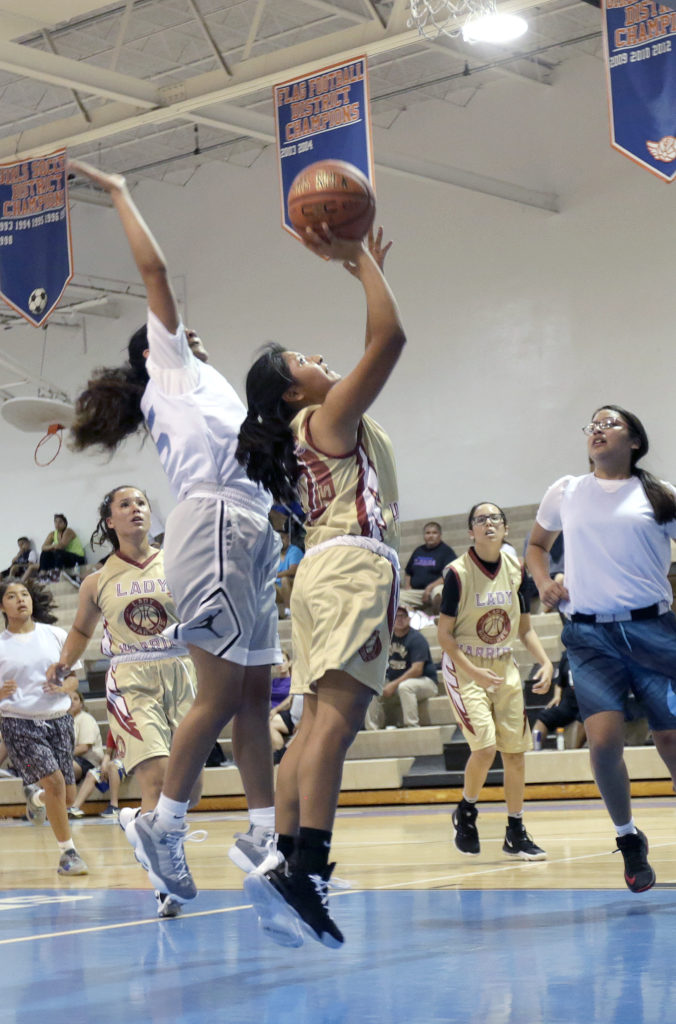 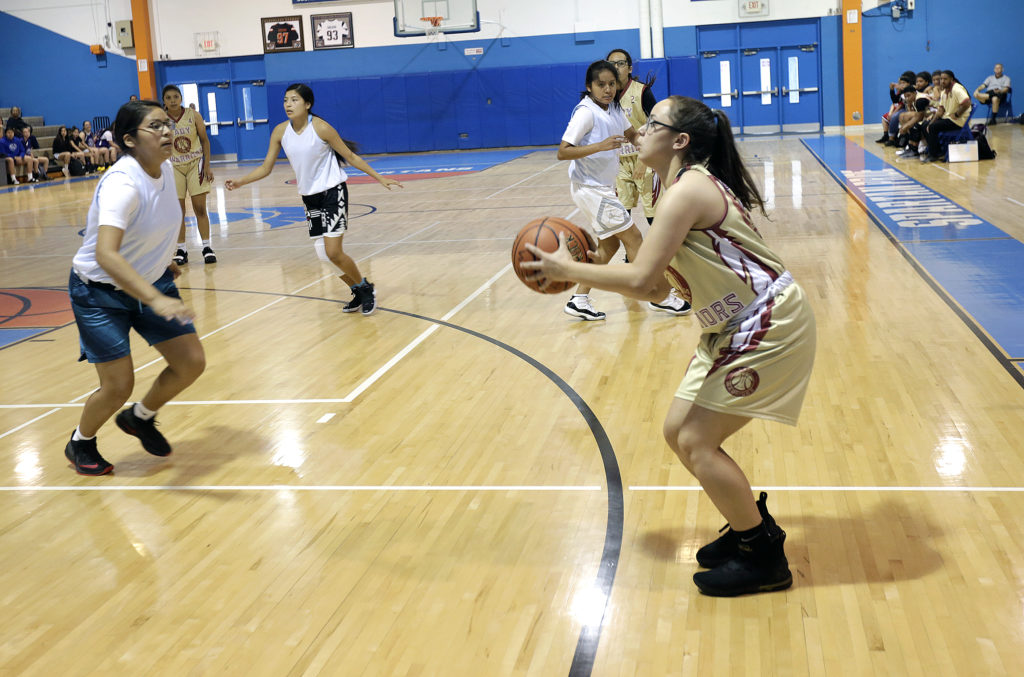 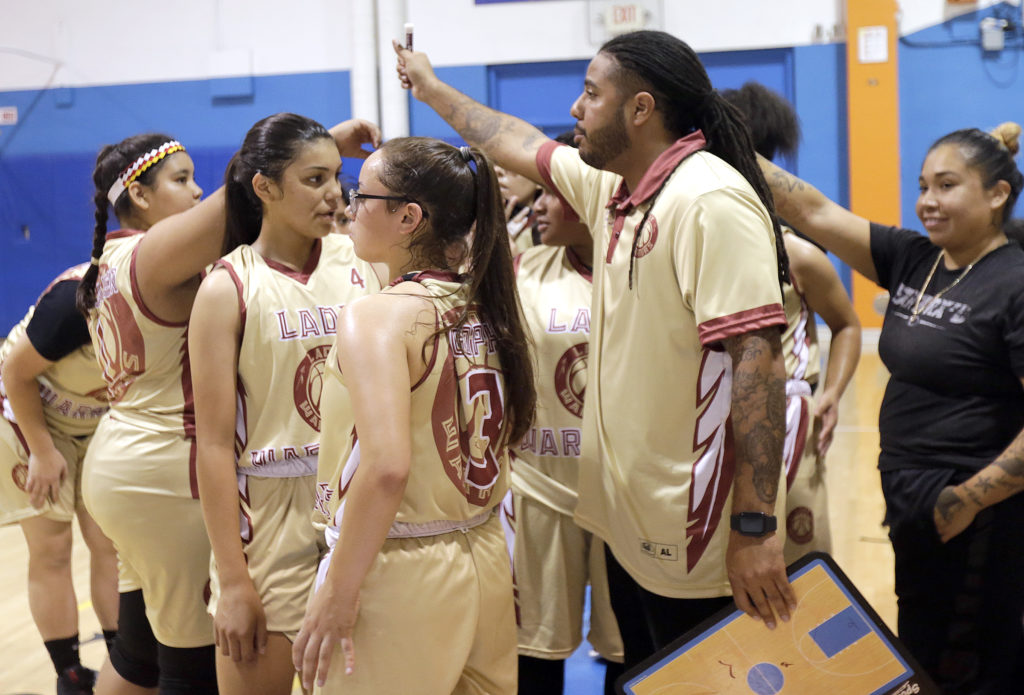 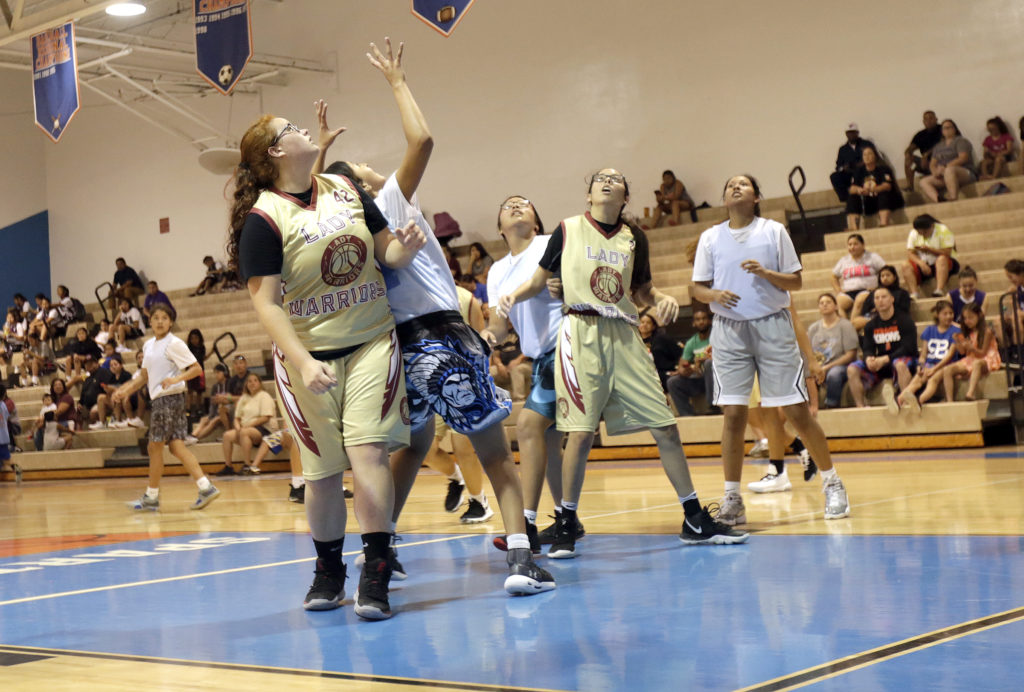 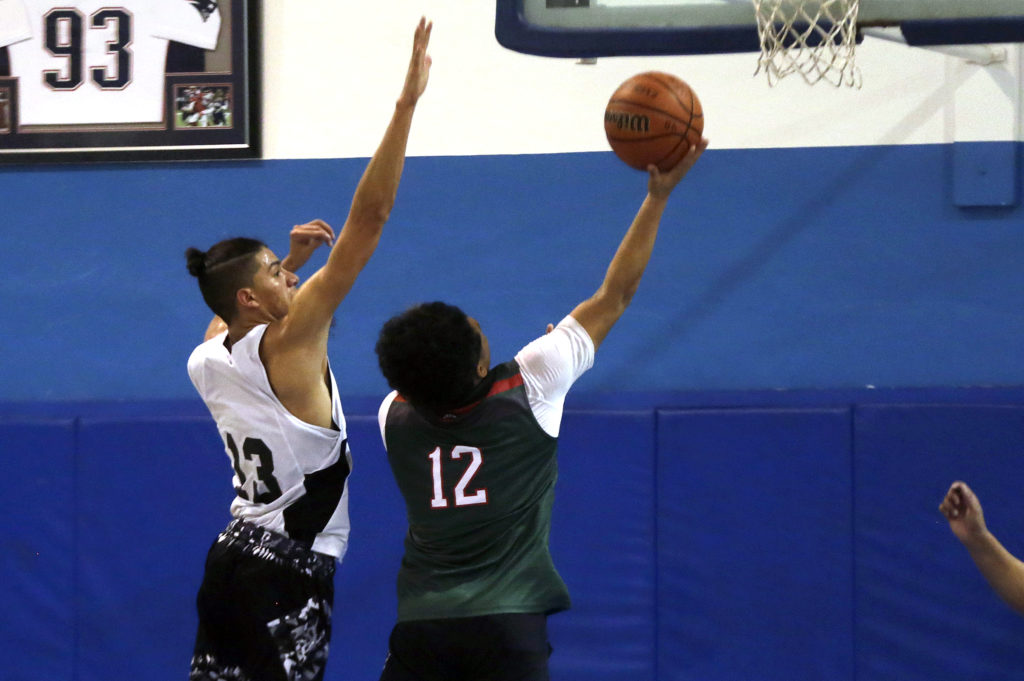 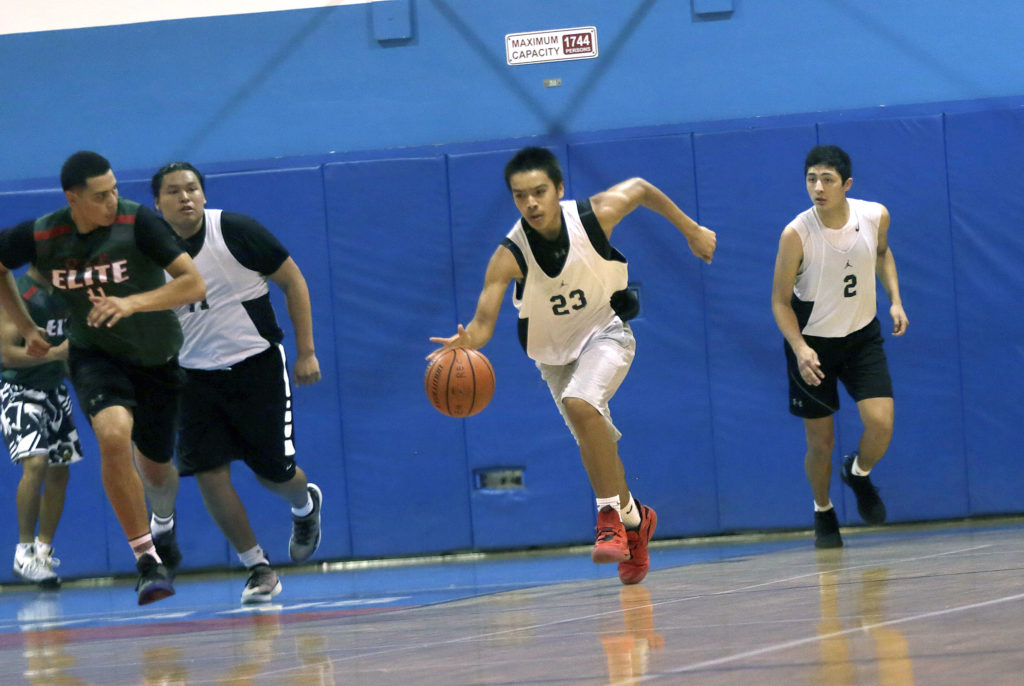 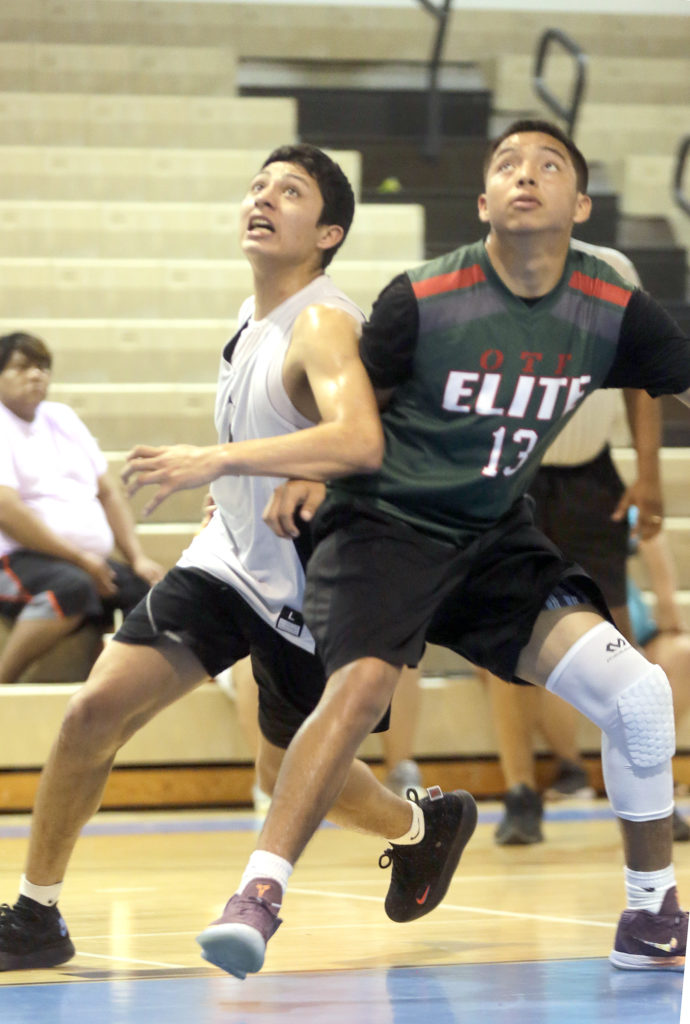 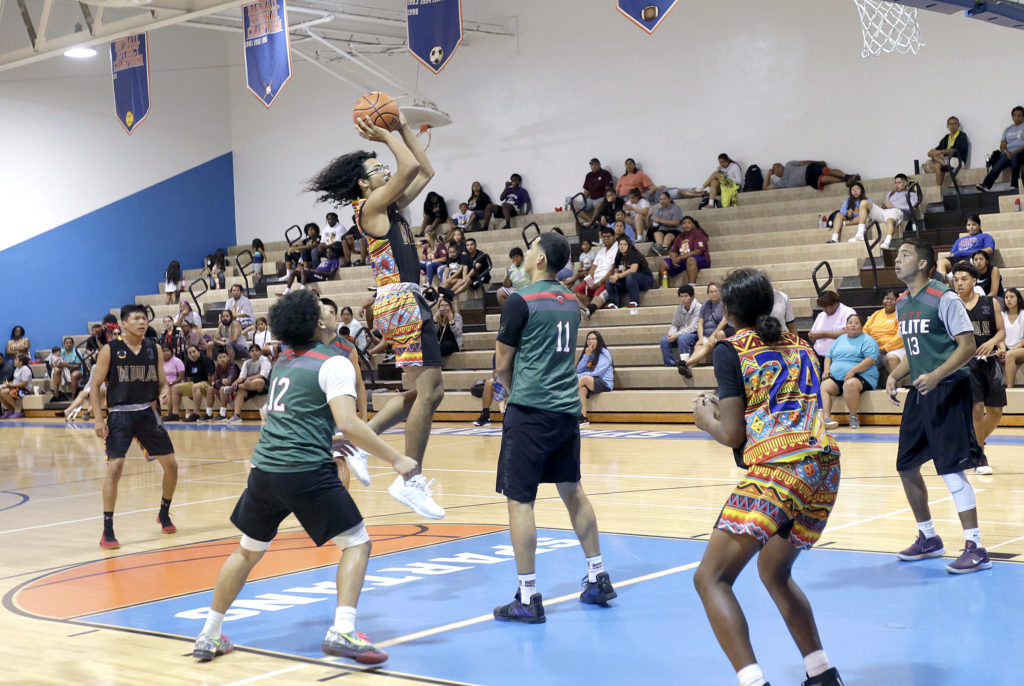 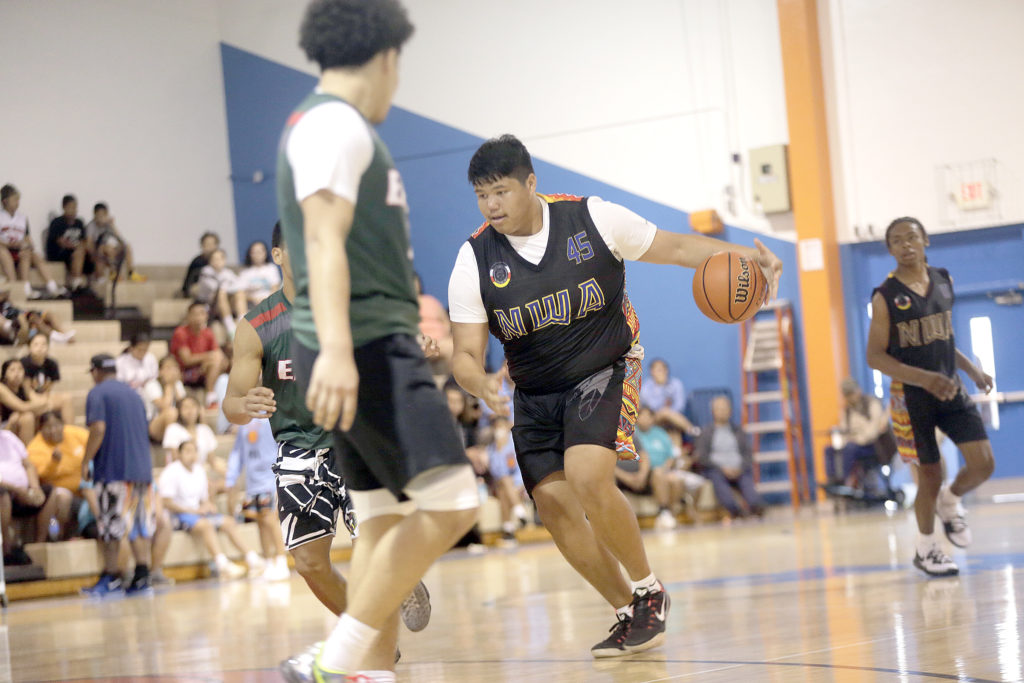 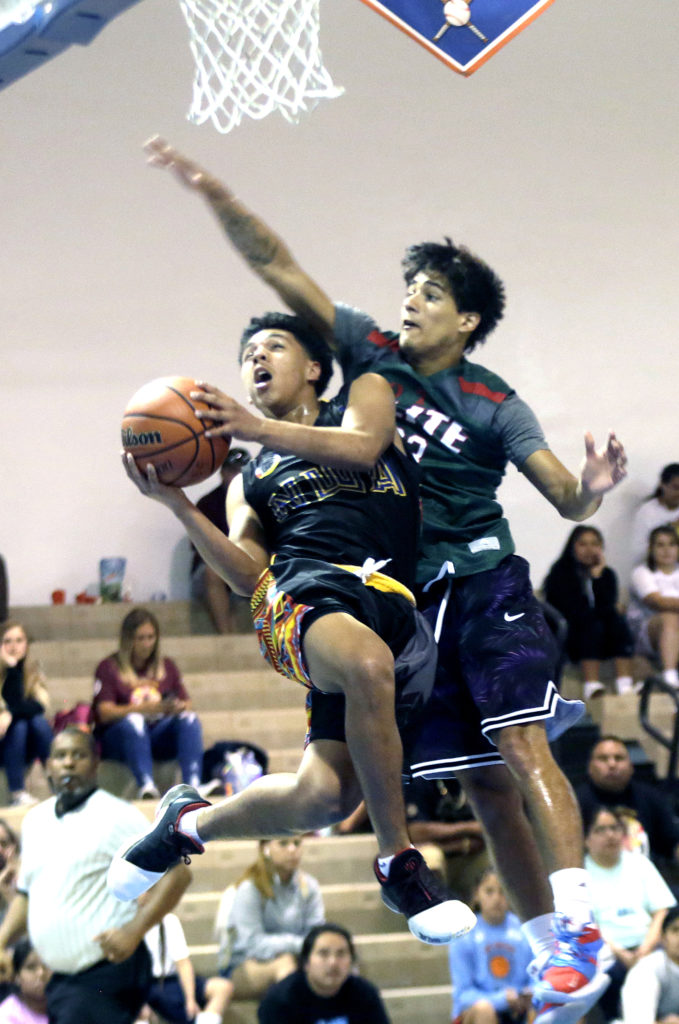 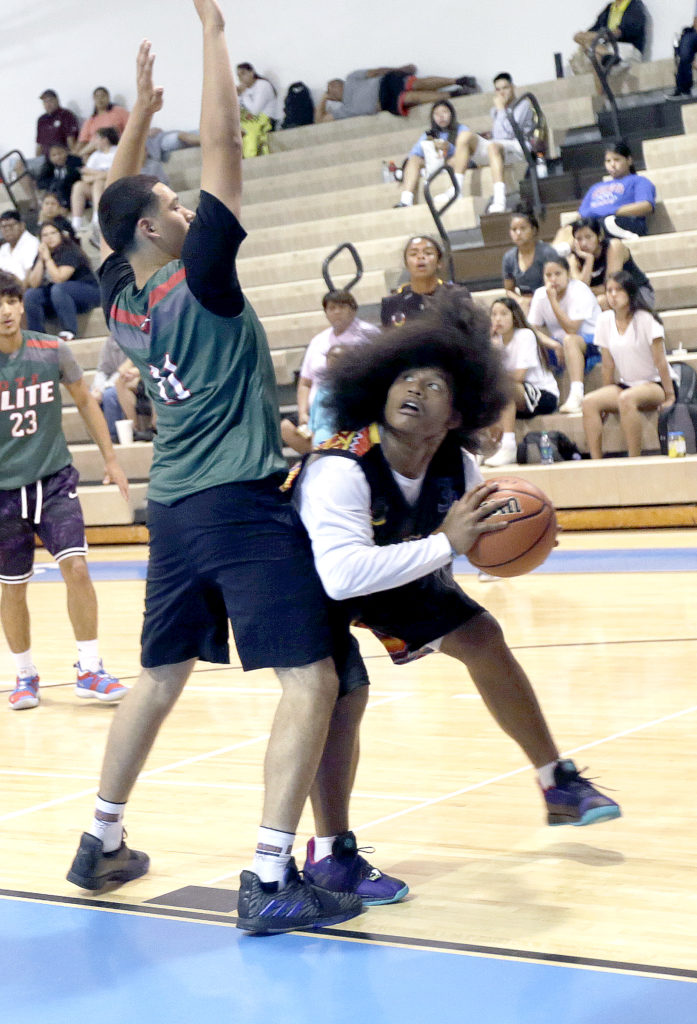 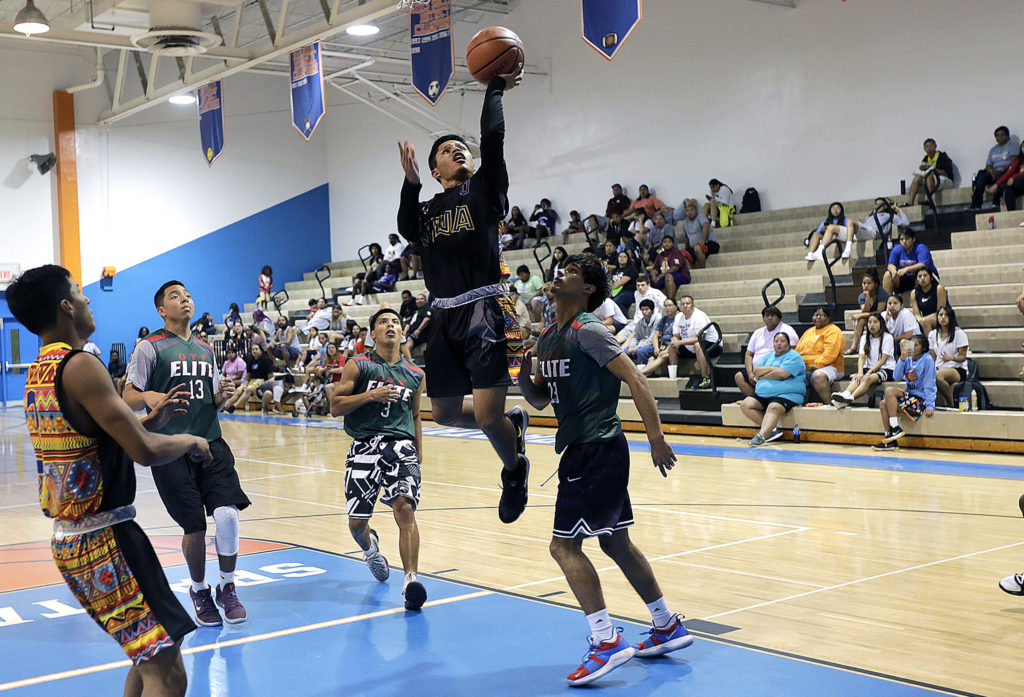 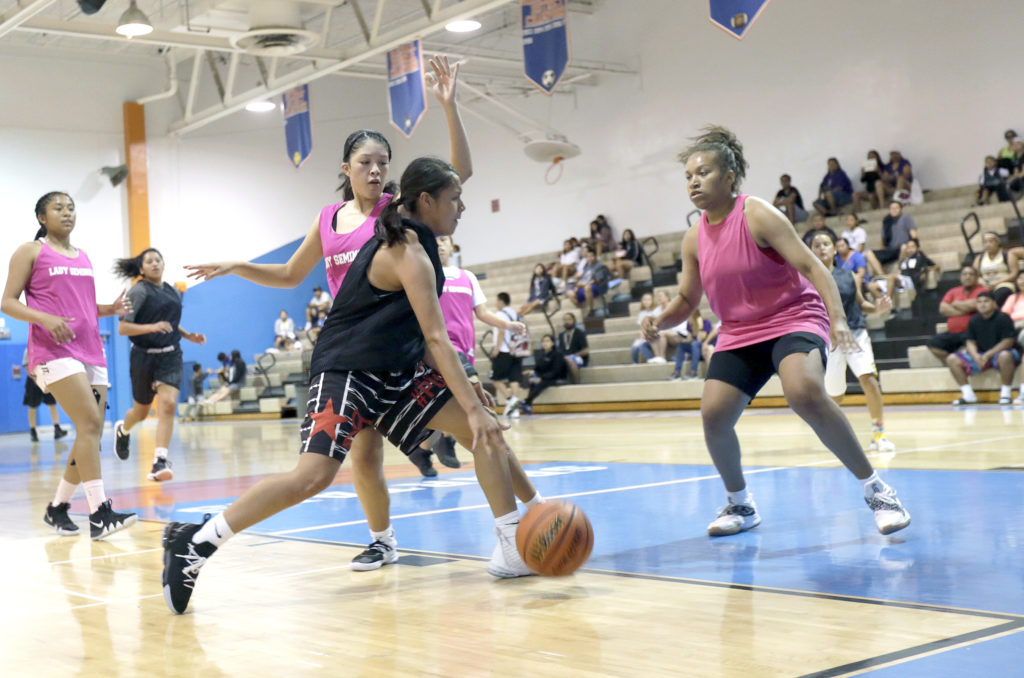 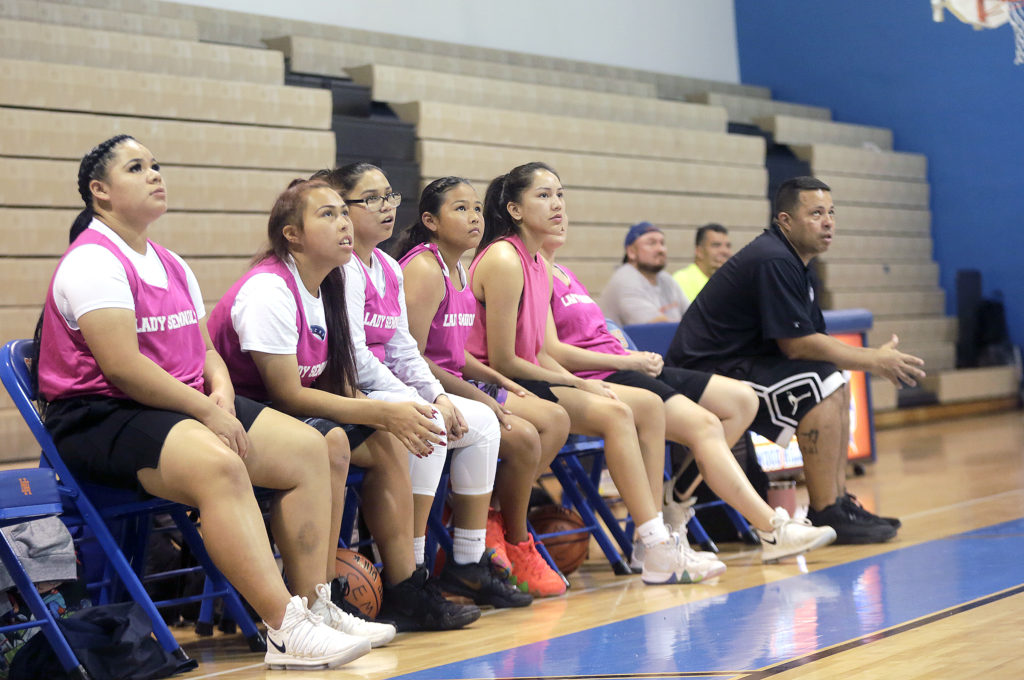 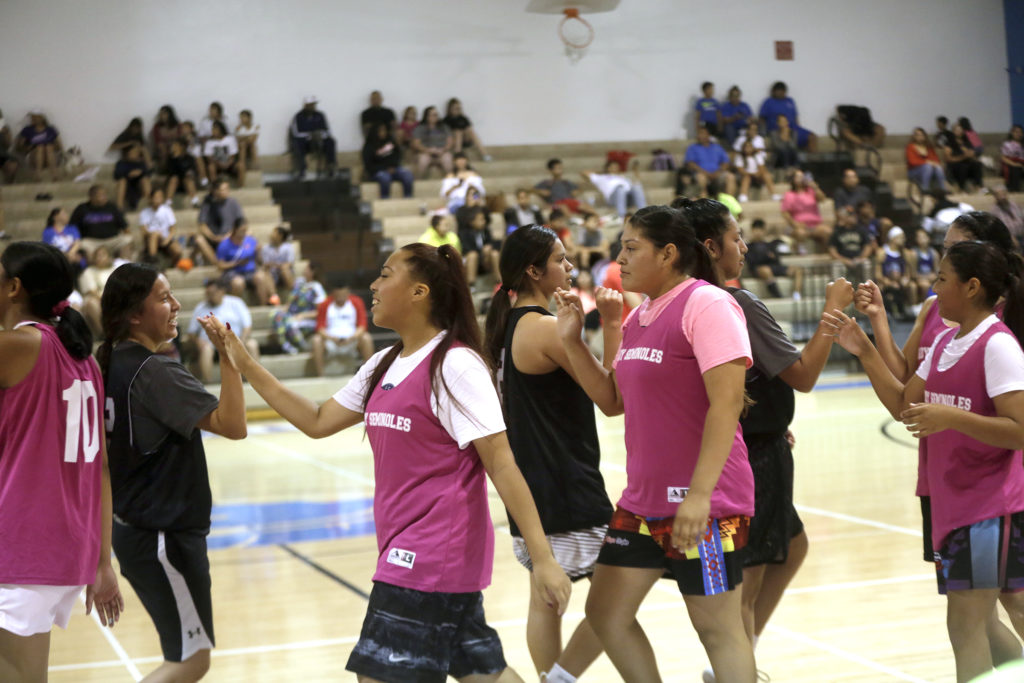 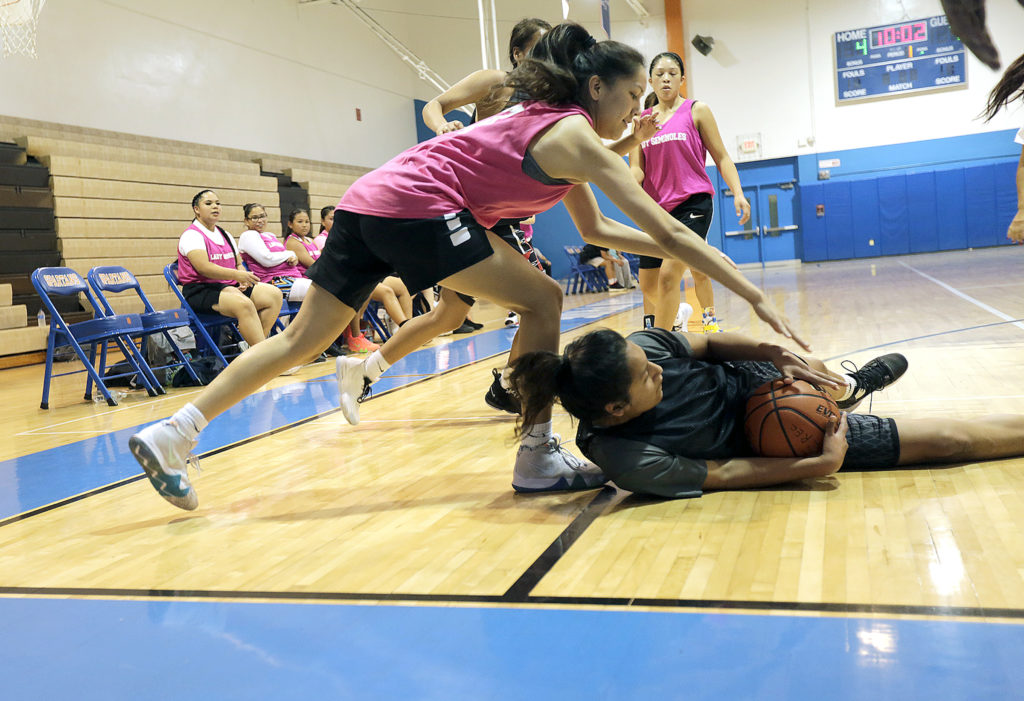 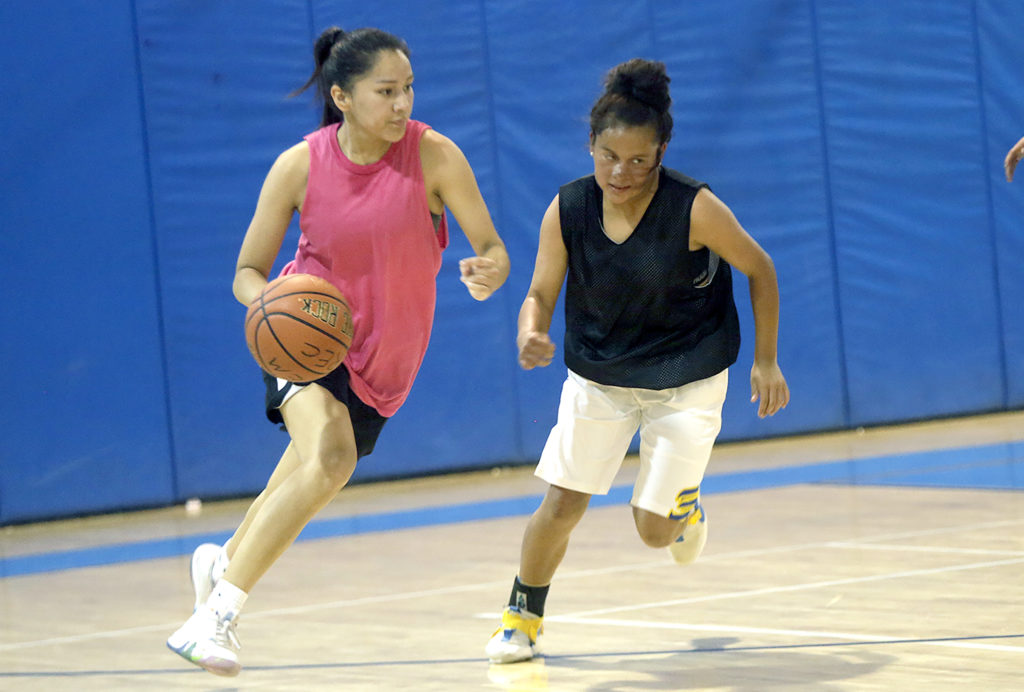 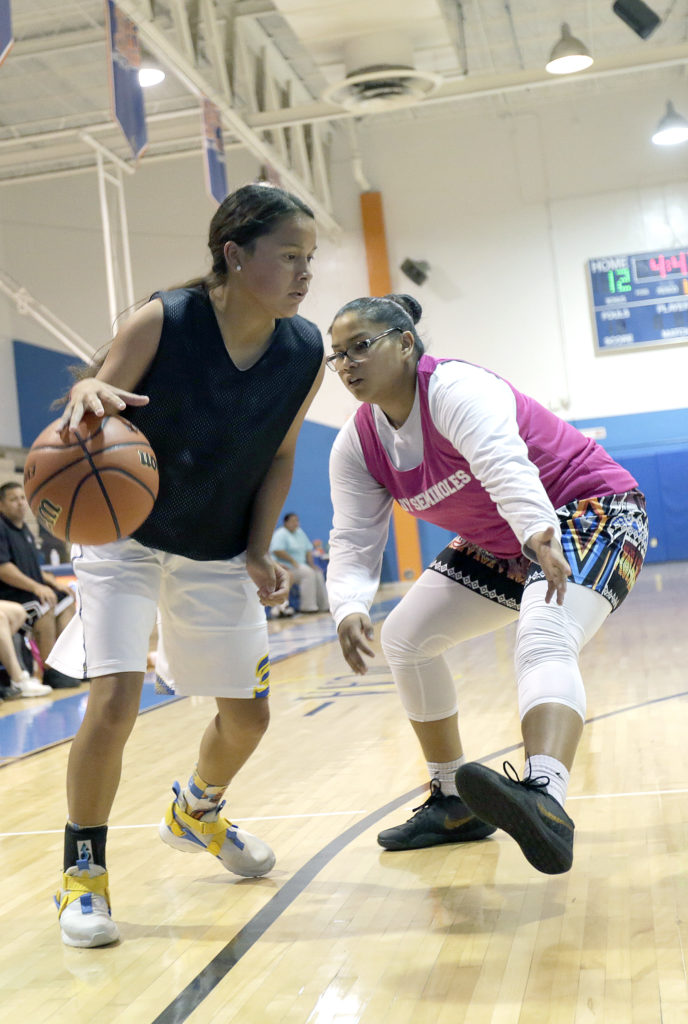