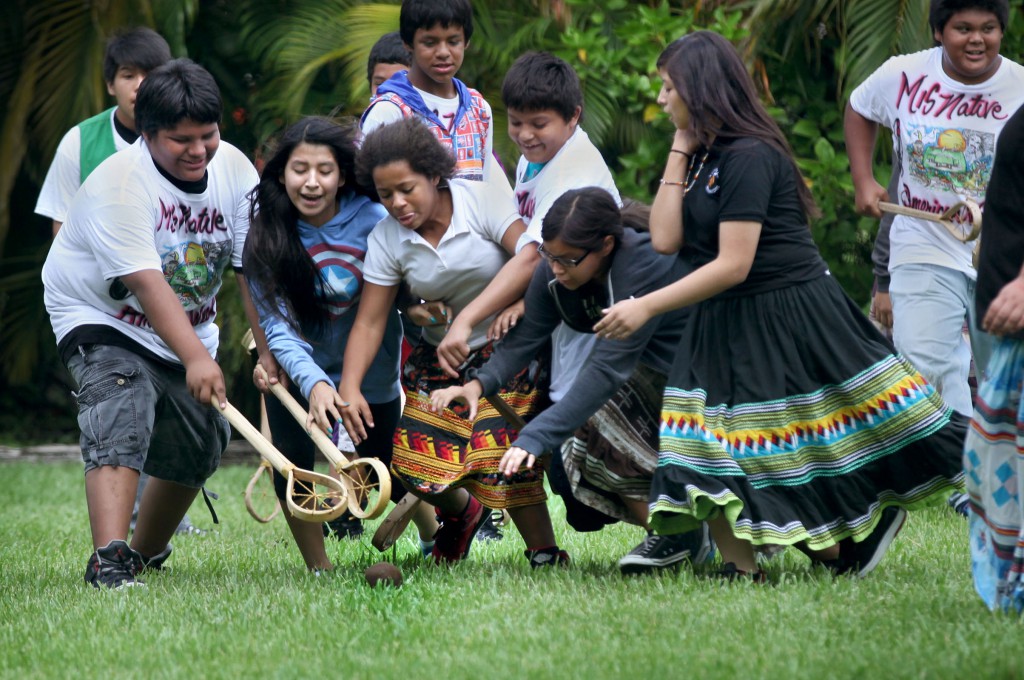 BIG CYPRESS — Native American stickball was played with heart and soul and plenty of fun Sept. 25 for the first time between Seminole and Miccosukee Tribal students.

Nearly 100 students from Miccosukee Indian School in Miami and Ahfachkee School on the Big Cypress Reservation converged at Ahfachkee’s campus field and outdoor culture classrooms. There, the schools blended into boys’ versus girls’ teams for matches in the ancient athletic sport.

“It’s always great when we can come together to share our culture, and in this case, to share the same culture,” said Ahfachkee principal Lucy Dafoe during a pre-game pep talk.

Most boys dressed in patchwork shirts but many Miccosukee boys wore T-shirts that heralded Indian Day, which was celebrated throughout the last week of September.

Frank Billie Jr., of Big Cypress Council Compliance, led the stickball games. Billie kept score and ensured youth learned the game according to centuries-old rules, including that men only use handmade sticks to manipulate the ball and women only use their hands to catch and throw.

The girls’ teams claimed victory in both the middle school and high school matches.