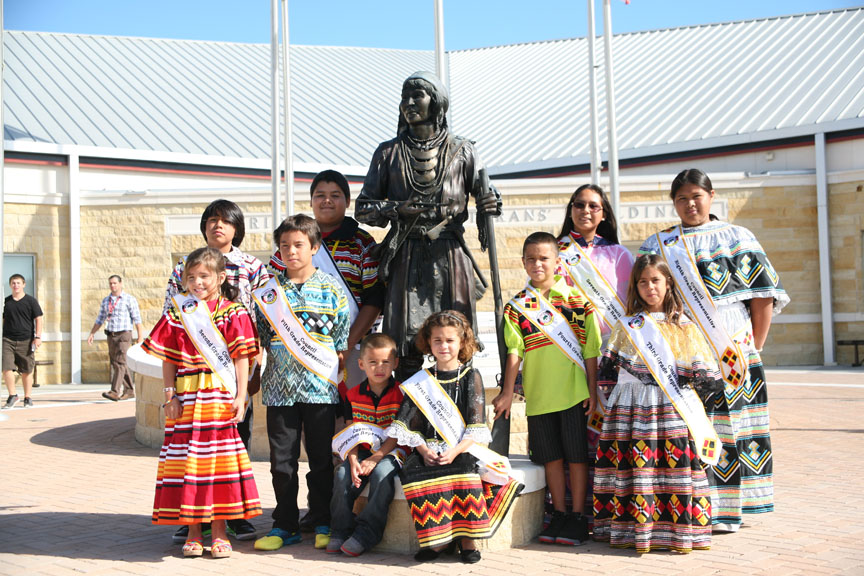 From kindergarten through eighth grade, students took turns modeling their traditional outfits for the clothing contest.

Girls wore dresses with long capes, skirts and beaded necklaces and earrings. Each grade was awarded with first, second and third place ribbons.

“It makes me proud that our younger generations are displaying our culture, and they are doing it well,” said Louis Gopher, emcee of the event.

“I would like to thank everybody who participated in the election, and I will represent our school to the best of my ability,” said Student Council Chairman Ivess Baker to his peers.

“When you say you’re going to be a good example, that means you’re going to do what is right, like helping other students without being asked,” Councilman Bowers said. “Indians used to say you don’t have to go around bragging about what you are or what you know; just go do it. People will notice, they will trust you and they will follow.”

In true inauguration fashion, all newly elected officers, outgoing officers and Tribal dignitaries formed a line for all students, teachers and parents to shake hands and to formally welcome them as PECS’ Student Council.