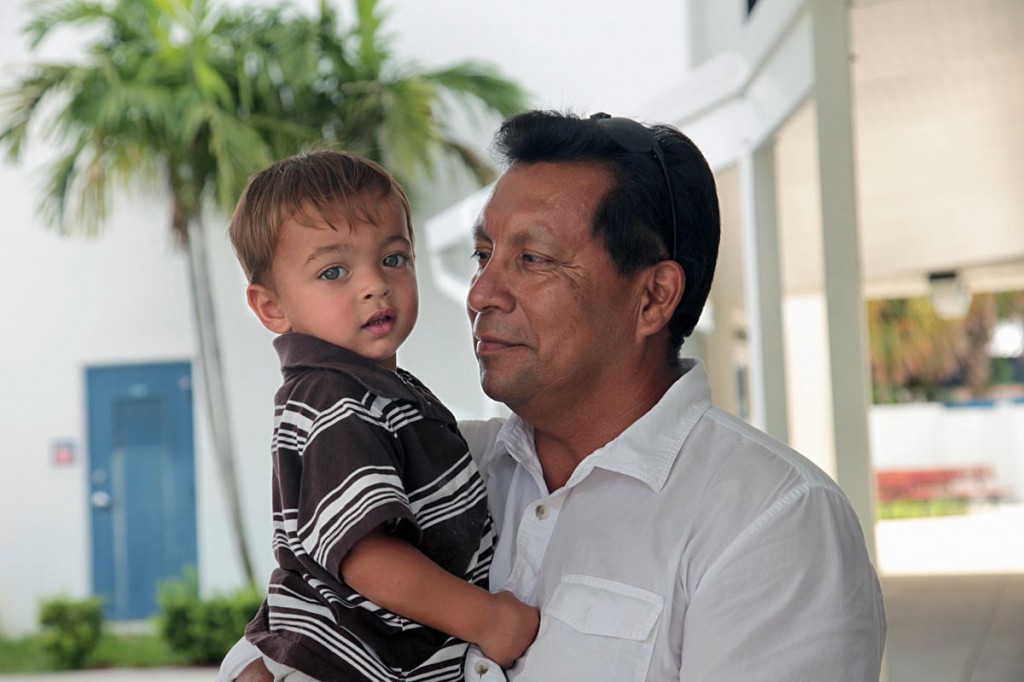 At the tender age of only 4 years old, Baby Veronica has impacted all of Indian Country with the recently decided U.S. Supreme Court case, Adoptive Couple v. Baby Girl.

The case is a custody battle between the white adoptive family, Melanie and Matt Capobianco, of South Carolina, and the biological father, Dusten Brown, of Oklahoma, a member of the Cherokee Tribe. The non-Tribal birth mother put the baby up for adoption at birth, without notifying Brown. The Capobiancos raised Veronica for 27 months until the South Carolina courts cited the Indian Child Welfare Act (ICWA) and awarded custody to Brown, who has raised her for about a year and a half. The Supreme Court’s 5-4 decision stated South Carolina incorrectly invoked ICWA: Brown’s parental rights were not affected, nor was the legitimacy of ICWA. The case will go back to the South Carolina Supreme Court, which will determine who takes custody of Baby Veronica. To further complicate matters, Brown has filed for adoption of the girl in the Cherokee Nation District Court.

ICWA, a federal law since 1978, seeks to keep Native American children with Native American families. The intent of ICWA is to protect the best interests of Indian children and to promote the stability and security of Indian Tribes and families. The law is an integral policy framework on which many Tribal child welfare programs rely, including the Seminole Tribe’s foster parent program.

“Our goal is to protect children and preserve families,” said Helene Buster, director of Family Services. “The ultimate goal is to reunify families.”

The fact that Indian adoption cases still go to court is a cause for concern, said family preservation administrator Kristi Hill. A Native American father in Orlando, who had his parental rights terminated by the courts on the recommendation of the  Department of Children and Families, won his case on appeal when the court realized it fell under the requirements of ICWA.

“There are courts that disregard ICWA and judges who aren’t aware of it,” Hill said. “It’s important to have attorneys and caseworkers who understand the law and can advocate for it. We also need a system in place where you have your own caseworkers who can access foster placement within the Tribe.”

The National Congress of American Indians (NCAI) – which advocates on behalf of Tribal governments and communities, promoting strong Tribal-federal government-to-government policies – stated the decision to keep Baby Veronica from her biological father was not in her best interest.

“We are witnessing the final steps in a forced removal of a Native child from her father, her family and her Native community,” the organization said in a statement to the media. “NCAI is astounded and alarmed that the South Carolina Supreme Court has issued an order to transfer Veronica, the daughter of Dusten Brown, a citizen of the Cherokee Nation, to the adoptive couple and doing so without holding a hearing to determine the best interests of the child.”

When children are caught in a dangerous or unstable family situation, the Department of Children and Families (DCF) opens a case to resolve the issue. The Tribe’s Family Services Department works with DCF to place children in the care of Tribal foster parents until the case is resolved. Sometimes it’s a quick process, but sometimes it takes a significant amount of time. To lessen the disruption of the children’s lives, the foster parents offer a warm and safe environment while taking care of the needs of the children.

“In the beginning it’s hard for some of them to adjust to the new home, new rules, structure and environment,” said Allison Osceola, a foster parent for about eight years. “I haven’t had too many problems; it just takes a lot of time.”

Foster parents must catch children up on their school and tutoring, as well as their medical and dental care, which is sometimes neglected. Osceola has fostered about 10 children over the years. Some were emergency placements for just a couple of weeks; others have stayed with her for seven months to four years, ranging in age from infancy to teenagers. She has been granted permanent guardianship for some children. The Tribe does not terminate parental rights or put a child up for adoption.

“Permanent guardianship is the last stop,” Buster said. “There is no adoption. A family always has the option to reopen a case.”

However, the department may not always support giving the child back to the parent if too many years have elapsed.

“We want to support parents doing the right thing but it doesn’t mean it will work out that way,” Hill said. “The bottom line is we always look out for the interest of the child.”

Most cases are the result of substance abuse, alcohol and/or drugs, or domestic violence. Once a child abuse call is made to DCF,  a case is opened and a child abuse investigation begins. The state investigators work with Family Services and the Seminole Police Department, who accompany them on investigations. Parents are given a plan of action they must follow. The average length of a case is 12 to 18 months.

About 100 Tribal children are in foster care; about 15 per month are added to the program, an increase over the last five years.

“Having a Tribal member in charge of Family Services has made it easier for people to make the call,” said Debra Ray, assistant director. “They know we advocate for the families.”

To help families comply with the case plan, which is devised by DCF and Family Services, the department offers substance abuse programs, parenting classes, counseling, prevention programs and home visits. Additionally, the Children’s Center for Diagnostics and Therapy (CCDT) works with the children throughout the process. Each case is different, but Family Services continually reaches out to the parents to help them comply and warn them of consequences if they don’t.

“The Family Services Department doesn’t remove children; the state of Florida and the DCF does it to help families,” Buster said. “It’s not us.”

Based on evidence, a judge makes the final decision on where a child will live. Even if the case results in permanent guardianship, children can still retain a relationship with their families.

“The younger kids don’t always understand the logistics of why they are moved,” Osceola said. “The older kids know; I’m very honest with them. They were raised in an environment where they were more mature and had to grow up fast.”

Kevin Osceola has been a foster parent for almost two years, since he brought a baby home from the hospital at 5 weeks old. Today, that little boy thrives in Osceola’s home, which he shares with his girlfriend, Jessica. His parents and grandparents always took kids in need into their homes, a lesson Osceola integrated into his own life.

“I love him to death,” Kevin Osceola said. “That’s what we were taught to do, just take care of each other. I feel I’m helping out the Tribe in a small way.”

A father of two grown daughters, a 1-year old daughter and a couple step-sons, Osceola has been adjusting to the lifestyle change of taking care of a young child.

“I’m not a spring chicken anymore,” he said. “It was a challenge to get on that routine again. I was taught by my parents to put others first and to love others first, so it isn’t a big issue. I’d like to see other people take a look at the foster care program. Let’s take care of our own people.”

The Tribe always needs more foster parents, who must be background checked. When it is imminent children will be taken from the home, Family Services reaches out to family members.

“Most foster parents are relatives or caregivers,” Buster said. “We’re always putting it out there that we’re in need of foster parents. We promote the program through word of mouth and we have brochures available. People know about the program. We never have enough foster parents.”