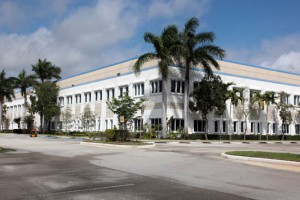 DAVIE — The Tribe’s recent purchase of a 10-acre site, complete with a large office building, on Stirling Road in Davie will house the future Hollywood Medical Center. The closing took place March 10.

Formerly home to Farmers Insurance, the nearly 100,000-square-foot, two-story building, located at 5701 Stirling Road, is about a mile from the Hollywood Reservation. The structure has hurricane impact-resistant glass and shutters, an emergency generator, an interior courtyard and 750 parking spots.

Because Council has already allocated funds for a new clinic in Big Cypress, Hollywood Councilman Chris Osceola said the Hollywood Reservation would have had to wait years to secure funds for a new medical center in Hollywood.

“We will use the new (Stirling Road) facility to fast track the schedule, as well as save the Tribe millions on building a new facility in Hollywood,” he said.

The Tribe also plans to move the Health, Family Services and Information Technology Departments to the building.

Once the building is repurposed for Tribal use, Councilman Osceola said the current clinic on the Hollywood Reservation will be demolished, and the land will be used for new home sites.

Ultimately, the Tribe plans to submit a land into trust application to the Bureau of Indian Affairs. Approval may happen quicker than usual because of the land’s use for a medical facility, Councilman Osceola said.

“This was a good opportunity for the Tribe to expand the Hollywood community,” said Adam Nelson, Tribal Community Development acting executive director. “We will allocate the entire bottom floor to the clinic.”

The Tribal Community Development Department will survey additional departments to determine which may need more space, and they hope to have a design in place for the clinic this year.