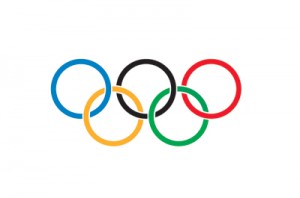 The 2012 London Olympics captivated much of the world’s attention, and Seminoles were no exception.

Chairman James E. Billie was among many Tribal members who tuned in to catch the action from July 27 to Aug. 12. About 10,500 athletes from 204 countries competed for 2,100 medals on the world’s biggest stage – including several Native Americans.

Bowers, who participates in several sports around the reservation, said he kept his TV on the games throughout the day and night to cheer for the U.S.

“For the Olympics, regardless of race, color or whatever, you can come together and be happy for your team,” he said. “Hopefully our kids will watch it and that they draw some inspiration from that.”

Bowers was happy to learn that several Native Americans competed in this year’s games, including Mary Killman, of the Citizen Potawatomi Nation of Oklahoma; Mary Spencer, a First Nation Ojibway; Tumuaialii Anae, a Native Hawaiian; and Adrienne Lyle, of the Cherokee Nation. Spencer competed for Canada and the rest represented the U.S.

“I wish one of them was one of our own Tribal members,” he said, “but as long as it’s a Native American…I’d definitely hope they would place.”

Killman placed 11th in the synchronized swimming finals with partner Mariya Koroleva; Spencer made it to the quarterfinals in the inaugural year of women’s middleweight boxing; Anae was the goalie of the gold-winning water polo team; and Lyle placed 35th in her individual event as one of the youngest American dressage riders in equestrian.

While they competed admirably this year, only three Native Americans have medaled in individual events in the past 100 years: Jim Thorpe, Billy Mills and Duke Kahanamoku.

Tribal member Moses Jumper Jr. couldn’t help but think of Thorpe as he watched this year’s Olympics.
“[The Olympics] reminds me of the great athletes, especially like Jim Thorpe,” he said. “You could probably compare him now today to Michael Phelps because of the magnitude of all the events he did in one sport.”

Thorpe, of the Sac and Fox Tribe, won gold medals in the pentathlon and decathlon in the 1912 Stockholm Olympics, making him one of the greatest Native American athletes of all time. This July, the medals were showcased at the Smithsonian’s National Museum of the American Indian in honor of the 100th anniversary of those games as part of the “Best in the World: Native Athletes in the Olympics” exhibit. The medals were then brought to London and displayed.

The first recorded Native American participation was in the 1904 St. Louis, Mo. Games, where athletes like Black Eagle, Spotted Tail, Snake Eater and Rain in Face competed on the gold-winning Canadian and silver-winning American lacrosse teams.

Jumper, who recently retired from 38 years as the Tribe’s Recreation director, has seen a lot of Tribal athletes in his lifetime, and he hopes they will watch the Olympics and get inspired.

Particularly, Jumper thought of the potential of young Tribal gymnasts as he watched the U.S. team take home a gold in the Olympics this year.

“We got a bunch of our little girls who are involved in gymnastics,” he said. “I hope they can take it further.”

Although Seminoles haven’t yet made names for themselves in the Olympics, Jumper acknowledged that a lot of Tribal members have achieved greatness in their sports, like his cousin David Jumper, who was inducted into the Florida Track and Field Hall of Fame earlier this year.

Another successful Seminole athlete, 2011 EIRA Regional Champion Leanna Billie brought home gold buckles in the first and third rounds of the Ladies Breakaway. Billie, a member of the Professional Rodeo Cowboys Association, said she watched some of this year’s Olympic diving and volleyball and felt inspired.

“When you watch some of the background stories of what they’ve done to get there, it makes me want to strive more in my events as an athlete,” she said. “I’m really aiming to be world champion someday, so it’s all going toward that.”