HOLLYWOOD — When people hear ‘Hollywood,’ they might first think of the city in California, but the Seminole Hard Rock Hotel & Casino in Hollywood, Florida plans to change that.

In an official announcement event on Oct. 25, Hard Rock International Chairman and Seminole Gaming CEO Jim Allen announced that the hotel and casino are currently under construction to make Florida’s Hollywood the go-to tourist destination. The $1.5 billion expansion will create a 35-story, 450-foot guitar-shaped luxury hotel tower with 638 suites and guestrooms. Allen described it as the world’s first guitar-shaped hotel.

“I can’t wait to see that tower,” Councilman Osceola said. “It’s going to bring a whole new element to the property here. We’ve been doing the same thing for the past 10-12 years and this is just going to add a lot of excitement to what we do here.”

In a statement to a crowd of more than 100 guests – many wearing complimentary white construction hard hats with the logos of the Tribe and Hard Rock – Councilman Osceola added that the expansion plan is just proof that the Seminole Tribe of Florida is capable of anything.

“We’ve come a long way over the years,” he said. “This is certainly going to put Hollywood, Florida on the map. When people say Hollywood, their first thought isn’t going to be LA anymore; it’s going to be right here in South Florida.”

Following the details of the expansion, Hard Rock officials and the Tribal Council participated in a celebratory guitar-smashing ceremony along with E Street Band guitarist and The Sopranos actor Steven Van Zandt. During the ceremony, which took place on the hotel and casino construction site, guitarist Mitch Tanne and long-time friend and Iron Maiden drummer Nicko McBrain performed guitar and drum solos, respectively.

Surrounding the new hotel will be a dining, retail and relaxation oasis. Plans call for the casino to be revamped, doubling it in size and filling it with more than 3,267 slot machines and 178 table games. Additionally, there will be a new 60,000-square-foot area designated for retail and restaurants.

McBrain, who attended the original grand opening of the Hollywood Hard Rock in 2004, said that returning for the expansion announcement was an honor and he hopes to bring his restaurant, Rock ‘n Roll Ribs BBQ, which he runs with Tanne, to the new site.

“It’s all based around the music,” he explained of the plans. “We all love music, whether it’s rock and roll or whatever. It’s wonderful that somebody decided to do this and make a hotel in the actual shape of a guitar.”

Along the base of the guitar tower will be a luxury 10-acre pool complex with a man-made lake, private villas and pools, waterfalls, chickee cabanas and butler service. The pool area will also feature water activities, such as canoes and paddleboats, which will be available to all guests.
Hard Rock Live patrons will also gain a new experience, as the arena is getting a $100 million makeover. Hard Rock International is completely rebuilding the music venue, which currently holds 5,500 people and is a popular concert and comedy show location. Beginning in March 2018, construction will replace the arena with a 7,000-seat, theater-style building.

The relaunch of the Hard Rock Live will also introduce its own television studio and broadcast center. Hard Rock International hopes it will produce and televise awards shows and other major events. Upon this venue opening in 2019, the old Hard Rock Live will become a 37,000-square foot ballroom used for meetings and other events.

Since the hotel’s inception in May 2004, it has maintained an occupancy rate of 96 percent or more every day, according to Allen.

“There’s not many hotels that have that kind of success,” he said, adding that the hotel itself will be the must-see attraction for the location, rivaling anything in California.

The Seminole Tribe of Florida bought Hard Rock International from the Rank Group of Britain for $965 million in 2007. According to the New York Times, this was one of the largest purchases ever conducted by a Native American tribe. The purchase introduced the Tribe to a global audience, as Hard Rock International has international casinos, cafes and hotels and thousands of employees. The Hollywood expansion is projected to create another 20,000 jobs.

“We’ve made a lot of sacrifices. We did a little thing, something no tribe has done before — any tribe in its history — and we went international,” he said. “We bought Hard Rock International just over 10 years ago and that’s an amazing feat.”

The Tribe’s acquisition of HRI has led to it receiving high ratings from three major credit rating agencies — Standard and Poor’s, Moody’s and Fitch Group. According to the agencies’ releases, the Tribe’s increasing trustworthiness, political stability and strong operating and financial profile made this happen.

According to Allen, Hard Rock International is the only hospitality company with an investment-grade rating from those three agencies, and a large reason for that is the dedication of the Tribal Council and Florida Gov. Rick Scott.

“We had this project in a holding pattern for quite some time. … We wanted to make sure the Tribe’s future and security was in place. By working with the governor and representatives from the House and the Senate, the Tribe’s contract is 100 percent secure and in place and is unchallengeable by anyone until 2030,” Allen said, referencing the Tribe’s ability to conduct banked games, as per a 20-year term compact with the State of Florida.

The AAA Four Diamond-rated location expects to open the renovated resort in mid-year 2019. The projected opening is just in time to welcome those coming to South Florida for Super Bowl LIV in February 2020 at Hard Rock Stadium a few miles away in Miami Gardens. Councilman Osceola said kicking off the new construction during this time is the best situation the Tribe could ask for.

“The Super Bowl is going to be the most exciting thing. It’s all going to go down here at the Hard Rock Stadium and the Hard Rock Hotel and Casino,” he said. “It doesn’t get any better than that. … I’ll be right in the middle of it. I wouldn’t miss it for the world.” 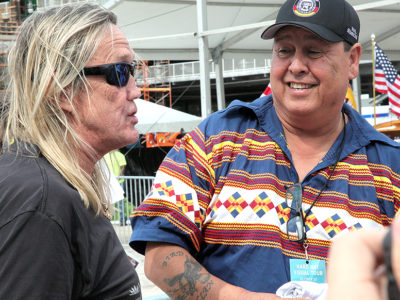 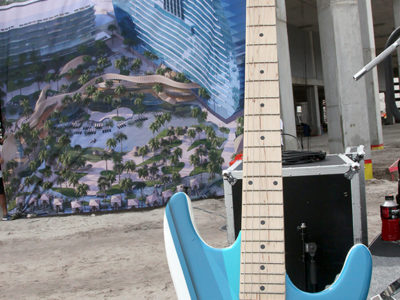 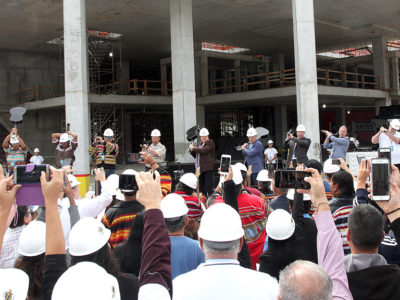 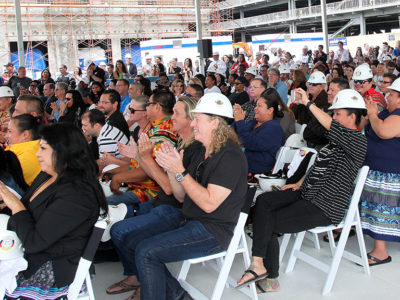 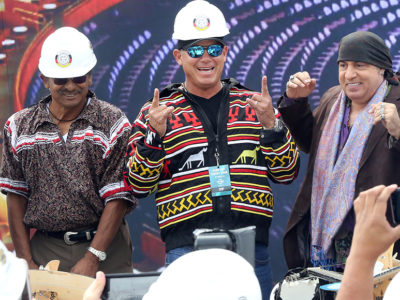 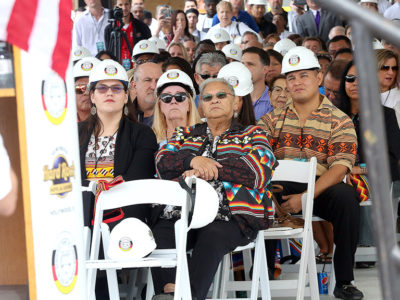 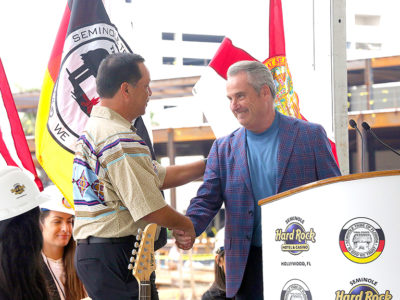 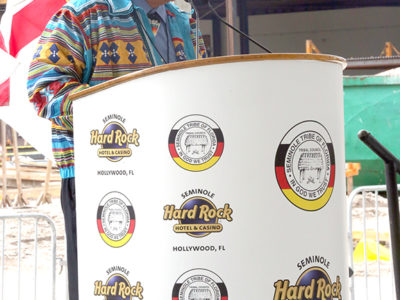 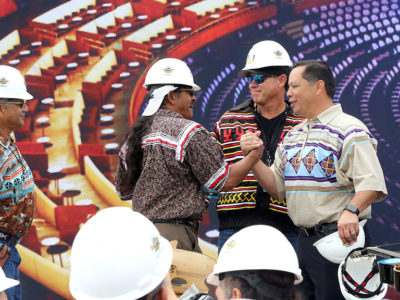 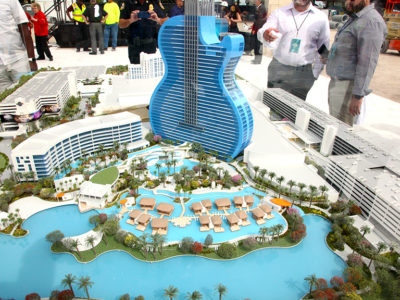