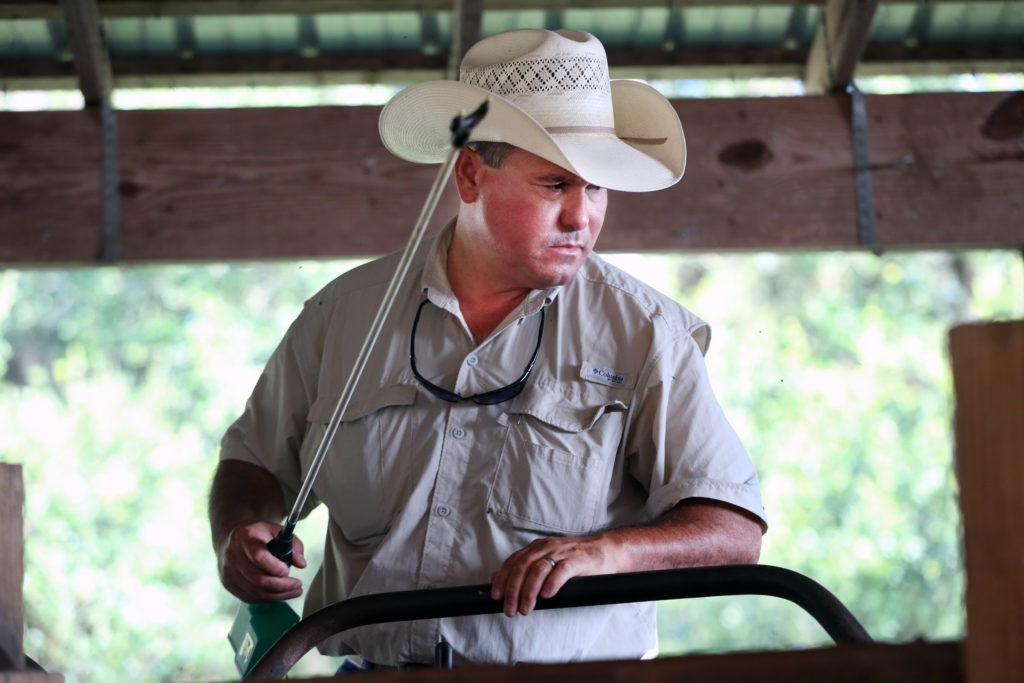 BRIGHTON — Tribal pastures in Brighton and Big Cypress are a bit less crowded now that 60 cattle owners sold nearly 4,000 calves during the annual calf shipping July 10-21.
The calves left the reservations about 80 to 100 at a time on large multi-level cattle trucks. It took 44 truckloads to complete the job during the 11 days. The calves were sent to feedlots in Colorado, Nebraska and Texas where they will spend the next nine or 10 months eating. When the cows reach about 1,350 pounds, they will be sent to market. The calf shipping has a positive economic impact on the cattle owners.

“Folks put their efforts into taking care of their cattle for a year and now they reap the reward,” said Natural Resource Director Alex Johns. “You only get one crop a year. It’s a lot of hot days and hard work.”

The challenge for Johns is to get the calves into the pens before the days get too hot. The animals need time to rest before being loaded onto trucks for the trip west. Cowboys who work calf shipping typically awaken at 3 or 4 a.m., rest during the heat of the day and continue the job until dark.

“We do it because this is who we are, this is our heritage,” Johns said. “It’s a big responsibility; the cows depend on you for everything. It feels like God put you on earth to take care of livestock and feed folks. That’s the satisfaction of it.”

In Brighton, a few crews of cowboys brought the calves to the marsh pens where they were weighed and sorted by gender and size. The 9-month-old calves averaged about 520 pounds each. 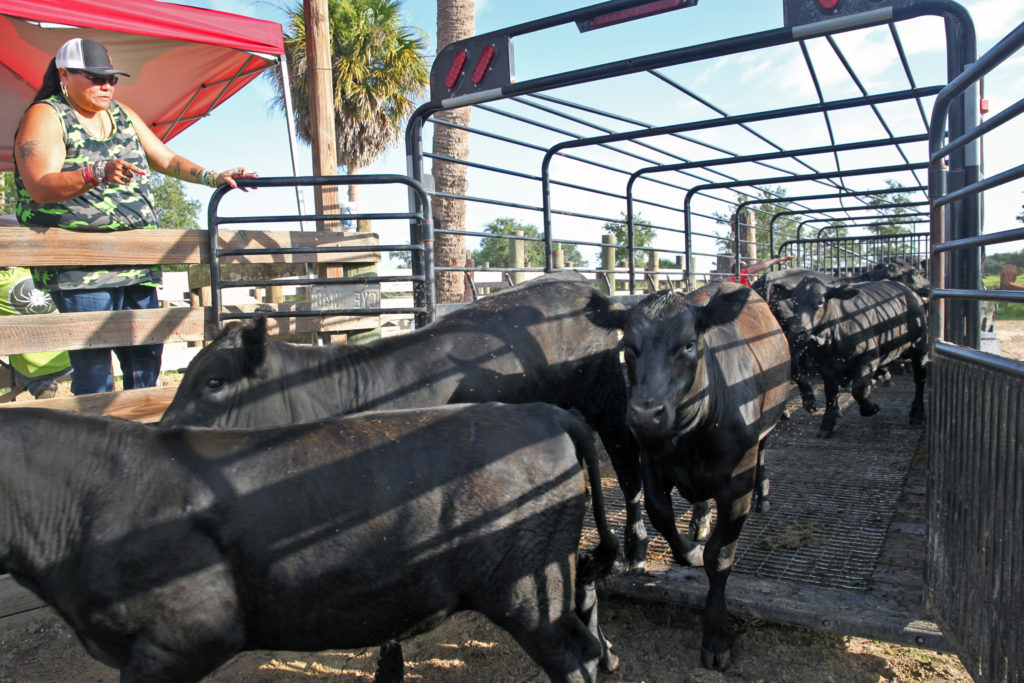 With help from the cowboy crews, cattle owners herded the animals from their pastures to their own pens, where the calves were separated from the herd and loaded into cattle trailers. It sounds simple enough, but with the size of the pastures and the willfulness of the animals, the process can take time.

Norman Johns’ herd was mostly settled into his southern pasture, but about 40 were grazing in the northern one. He joined two cowboys and a few dogs to get the cattle, but before they could be moved south, the rest of the herd meandered into the northern pasture. It took a few more cowboys and a lot more work to get them all together and in the pen for sorting.

The marsh pen was a noisy place July 13 with the bellowing of cows and the mechanical sound of bovines trying to get their footing on the cramped scale. But Sheri Holmes’ voice rose above the clatter as she yelled out to which pen each newly weighed calf would be sent.

While the calves were on the scale, computer chips in their ear tags were scanned and their weight was added to the database.

The holding pens fan out from a central hub. Once Holmes identified which pen a calf was destined for, a worker opened the gate to that specific pen and gave the animal only one direction to run. Steers had three pens based on weight; heifers were sorted into replacements, small or big. 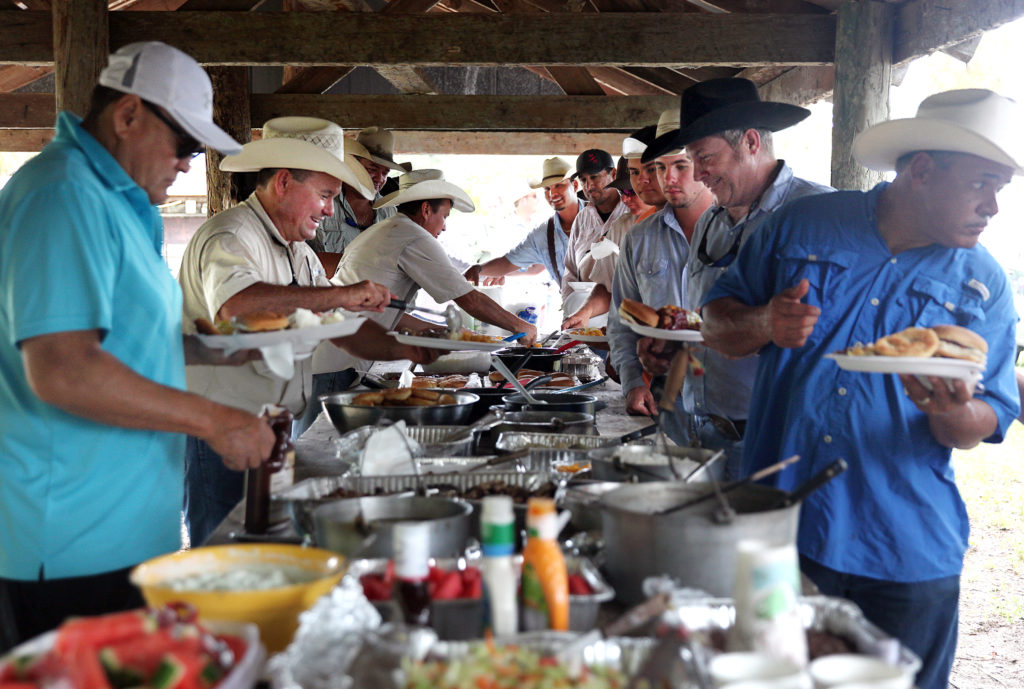 “We are keeping more replacement heifers than usual to build up the herd,” Alex Johns said.

After nine years on the job, Holmes did her job seamlessly as she simultaneously input data and filled the pens with similarly sized animals.

“The challenge is keeping everything straight,” said Holmes, Natural Resource office manager. “We have all these pens and don’t want to overload them. This week means everything; it is the end of the year for this group. The work is hard, but it’s rewarding.”

“Alex is such a great cattleman and keeps this well organized,” added Lonnie Gore, 4-H special project coordinator, who made sure the proper calves were set aside for 4-H’ers to raise.

Joe Osceola has been working with cattle for more than a decade, the last three years in Brighton. Although he isn’t a cattle owner yet, he aspires to get his own herd one day. He enjoys the work, the stories and the camaraderie on the job.

“I was raised around cattle, my uncles and grandfather all owned cattle in Big Cypress,” Osceola said. “I love it and especially 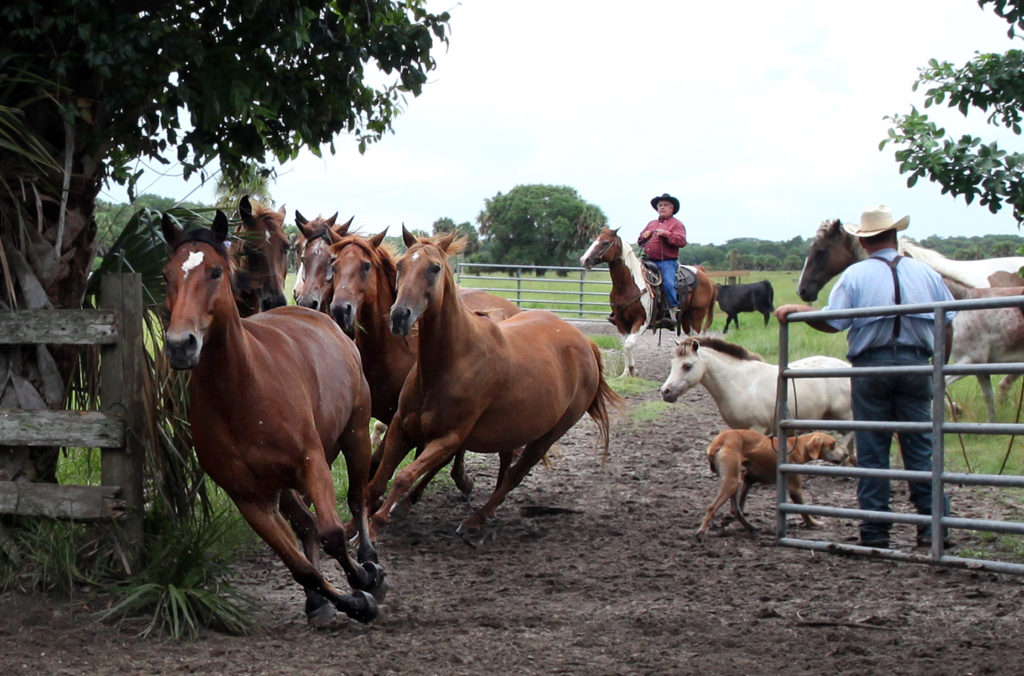 like when you see a cattle owner bring in good calves.”

After a hot, humid and busy morning, a traditional cowboy lunch prepared by cattle owners was served under the trees. The feast included plenty of protein to fortify the workers for an equally busy late afternoon and evening.

After the last calf was loaded, the crew enjoyed a week off before coming back to start pregnancy testing, which will take another few weeks.

“People don’t do this to get rich, they do it because they have a passion for producing food,” Johns said. “It’s a calling that not many people get to experience. It takes a rare breed of folks to take care of livestock; it’s a close network of people, like a family.”