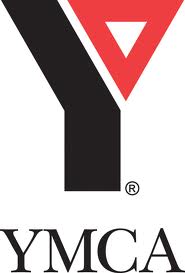 TAMPA — Marsha Roberts had a problem.

The Recreation director for the Tampa Seminoles had no facilities for either youth or adult Tribal members to work out, play games or participate in sports.

The smallest of the Seminoles’ residential reservations, Tampa’s community had been relocated from the actual reservation lands in 2004 when the Tribe’s new Hard Rock Hotel & Casino occupied the entire footprint of the original trust land.

“People were living all over the place – Plant City, Brandon, Lutz, you name it,” Roberts said.

More than 900 acres purchased by the Tribe in Lakeland is awaiting official federal recognition as trust land, a process that can take years.

“Someday, most everyone will be back living together in a community again. But until then, I felt we had to do something,” she said.

The associate vice president of membership and programs for the Tampa Metropolitan Area YMCA came up with a unique partnership idea for the Tampa Seminoles – a regional membership that would allow any Tribal member to use any YMCA facility in Polk, Pasco, Hillsborough and Pinellas counties.

While YMCA corporate memberships are common, it is believed this is the first such arrangement between the YMCA and an American Indian Tribe, Chiodini said.

“They just walk up and show their ID cards and they can participate in anything. We’ve got kids in youth sports, gymnastics, dance,” she said. “Parents can exercise in group and family programs as well. It’s going real well.”

The program began in October and has proven popular with Tribal families, Roberts said.

“Tribal members know the other Seminole reservations have gyms and pools and sports fields,” she said. “Now, Tampa has them all over this part of Florida, easily accessible from wherever they are living.”