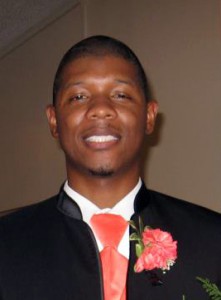 LAKE WORTH — In an imperfect world, Rollie Gilliam III wants to help those who suffer.

The Tribal member aspires to become a social worker and, one day, the program manager of the Tribe’s Family Services Department.

“I learned that people are hurting and people just need someone to listen,” Rollie, 25, said. “It’s just that simple. Especially in a down economy, if you’re not hurting financially, you’re hurting in another form, whether it’s mentally or spiritually.”

A sophomore at Palm Beach State College, Rollie is on track to complete his associate degree this summer. He plans to transfer to Florida Atlantic University to earn his Bachelor of Social Work.

Higher education administrator Linda Iley has watched him grow through the years and feels confident he will succeed in his endeavors.

“I have known Rollie while (he was) still in high school and have witnessed his progress academically, as well as personally,” Iley said. “I can say he is a man who has not allowed obstacles to prevent him from becoming a responsible, matured and dedicated person. He is passionate about helping himself, his family and his community.”

Rollie said he grew up in Fort Pierce stretched between two cultures: that of his father, Tribal member Rollie Gilliam Jr., and that of his mother, African American Doris Stokes. His grandmothers took turns helping raise him and his Tribal sister, Tomasina Gilliam; and Family Services counseled him through his “trials and tribulations.”

Realizing how valuable counseling proved for him, he began his path toward becoming a social worker.

The Tribe’s Work Experience Program helped jump-start Rollie’s career, exposing him to the working world and to more of the Tribal community. He enrolled in the program in 2007 as an office assistant for Fort Pierce’s Education Department and then transferred to Hollywood in 2009. He helped with filing, phone calls and check requests, in addition to shadowing the department head on trips to other reservations.

“His questions were always service related: ‘How can we make these services better?’” she said.

Last summer, Rollie decided to diversify his experiences in the Work Experience Program by enrolling as a teacher’s aide for the Hollywood Preschool. His responsibilities for the 4- and 5-year-olds’ class included reinforcing curriculum, supervising field trips and preparing students for graduation.

“(In the Work Experience Program,) we can wear as many hats as we want as Tribal members,” Rollie said. “We can work anywhere that we want (within the Tribe), so I wanted to take advantage of the various opportunities that we have as Tribal members to be as versatile and diverse as possible.”

Dufour praised his professional curiosity, as well as his consistency with the program.

“His everlasting presence in the program has shown there are Tribal members in the program who are serious about their education and want to understand their departments better so they can one day run them and take them to the next level,” Dufour said.

Rollie said he is grateful to the Tribe for the opportunity to participate in the Work Experience Program and for funding his education. He plans to give back by making his career within the Tribe.

In his personal life, Rollie is involved with his church, Jesus Ministries Family Worship Center in Dania Beach, and he enjoys playing basketball and fishing in his free time. He is married to Tracy.