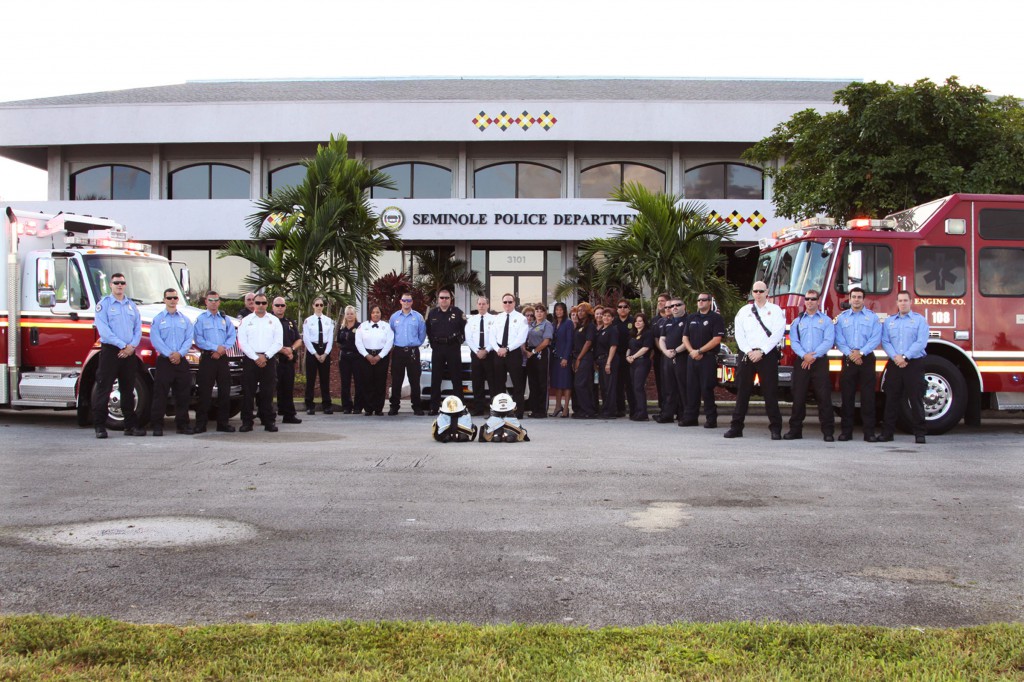 HOLLYWOOD — For all Americans, Sept. 11 is a solemn day of remembrance. Memorials take place across the country to commemorate the thousands lost in the tragic attacks, hundreds of whom were firefighters and police officers. The Seminole Police Department and Fire Rescue Department came together to commemorate those fallen heroes, as they have every year since the attacks.

“For us, it brings back the level of sacrifice they (commit to) every day,” said Fire Chief Donald DiPetrillo. “I think it’s important that we take a moment and commemorate that.”

The group of firefighters and police officers took several moments of silence – one for each plane crash. Lined up in front of fire rescue trucks and police cars with two sets of uniforms in the middle representing the fallen, they each bowed their heads as Amazing Grace sounded.

“It’s not about us,” Chief DiPetrillo said. “It’s about them.”

Police Chief William Latchford sent out an email blast asking the Tribal community to join him in commemorating those lost and appreciating those who continue to devote their lives to protecting the community.

“Join me in acknowledging the enduring contributions of service each Seminole Police Officer and Seminole Firefighter has contributed to the safety of the Seminole Tribe of Florida members, guests and facilities, and let’s recognize their commitment which remains constant,” he wrote.