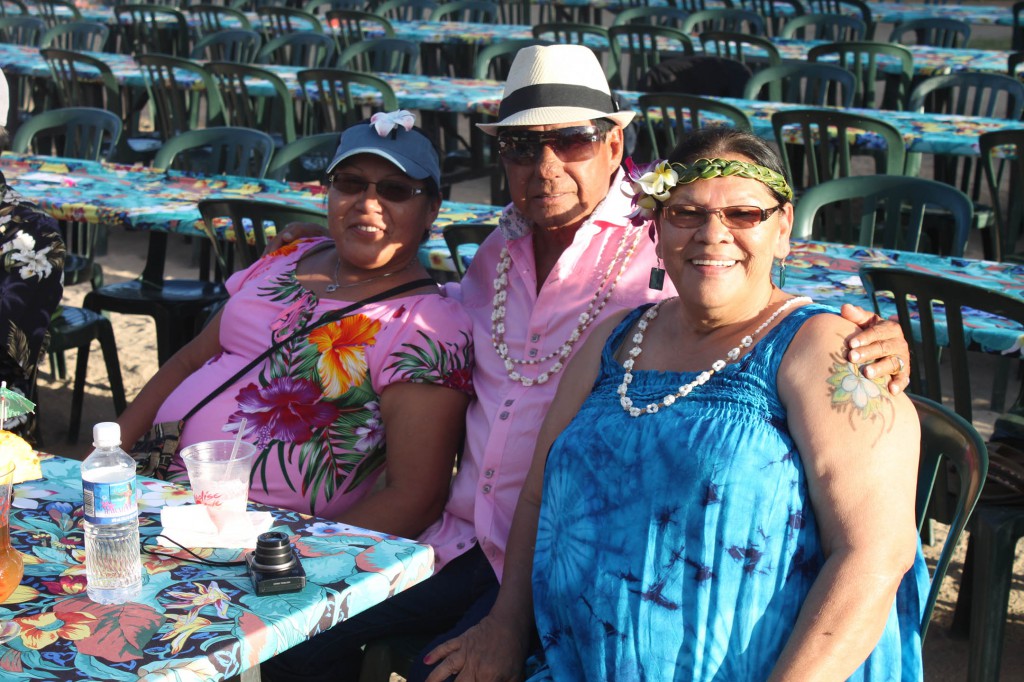 Hollywood seniors, chaperones and accompanying staff made the 11-hour flight to the tropical paradise of the Hawaiian Islands on July 11.  On arrival, the smiling seniors and chaperones began an exciting vacation exploring the islands of Oahu and Maui.

Fifteen seniors made the trek, planned by Hollywood Senior Center staff, and once in Oahu many jumped in the clear ocean water of Waikiki Beach and dabbled in water activities. Tribal seniors Wanda Bowers and Lawanna Osceola-Niles adventurously paddled a Hawaiian-style wooden racing canoe, the Malia.

“My arms are so sore,” Bowers said the morning after the canoe trip.

After all the fun in the sun, the group was treated to dinner at Benihana, sponsored by Hollywood Councilman Chris Osceola.

While in Oahu, the seniors experienced an excursion to Paradise Cove, known for hosting Hawaii’s best luau. The group participated in Hawaiian games, arts and crafts, dancing and sampled traditional Hawaiian food. Nettie Stewart’s chaperone and son, Roy Stewart, joined the  dancers on stage to learn the hula.

After four days on the island of Oahu, the seniors continued their vacation with a short 20-minute flight to Maui.

The planned excursion for this leg of the trip began with a 12-hour tour on the Hana Highway. The curvy roads took seniors through the rainforest where they saw and swam in the Ohe’o Gulch, a series of waterfalls and freshwater pools.

The tour continued and dramatically changed to dry climate and red clay scenery. The one-lane road kept seniors on their toes as the bus bounced on the terrain. The roads finally became smooth and lead the tour to Ulupalakua Ranch, where Maui’s Winery is located. After a quick stop, the tour ended with a smooth ride back to the Royal Lahaina hotel.

As the Hawaii trip ended, the seniors were grateful for a steak dinner at Ruth’s Chris Steak House sponsored by Hollywood Board Rep. M. Steve Osceola. After dinner they visited the Hard Rock Cafe Maui for last-minute souvenirs.

The Hollywood senior Hawaii trip had a theme – no one is too old to travel and explore new cultures.

With great memories made, the Hollywood seniors made another 11-hour flight back home to Florida.