FORT LAUDERDALE — Despite being ousted in the first game of the regional playoffs, Okeechobee High’s basketball future looks bright thanks in part to two Seminoles.

Silas Madrigal and Sean Osceola spent most of the season on the junior varsity squad, which went 15-5, before they were promoted to varsity after the JV season ended.

“Those two guys, if they improve their game, they could potentially be starters next year,” said Okeechobee varsity coach Demetre Riles. “They were the leaders of [the JV] team.”

The varsity team fell to powerhouse Dillard, 70-27, in a Class 7A regional quarterfinal Feb. 16 in Fort Lauderdale. Madrigal and Osceola didn’t start against Dillard, but both saw action in the first and second halves as they gained valuable postseason experience against one of the state’s top ranked squads loaded with college recruits.

Dillard, a defending state champion, built a 20-4 lead after four minutes which included a dunk and 3-pointer from Florida State signee RaiQuan Gray. The future FSU Seminole finished with a game-high 17 points (five 3-pointers) in limited playing time. Including Gray, Dillard has three of FloridaHoops.com’s top 55 players in the state from the class of 2017.

Okeechobee was led by J-quan Ferrol with 11 points. Osceola, a junior forward, scored 3 points, including the game’s final point on a free throw. He could become a regular fixture in the paint for the Brahmans next season.

Madrigal, a freshman guard who was guarded by the 6-foot-8 Gray on offense, went 0-for-1 from the field in about six minutes of action.

“Silas had a lot of improvement; that’s why I brought him up for the tournament to get experience. I think he’s one of those guys who can make that step to varsity next year,” Riles said.

Okeechobee finished with a 22-7 record and for the first time in school history made the regional playoffs in back-to-back seasons. 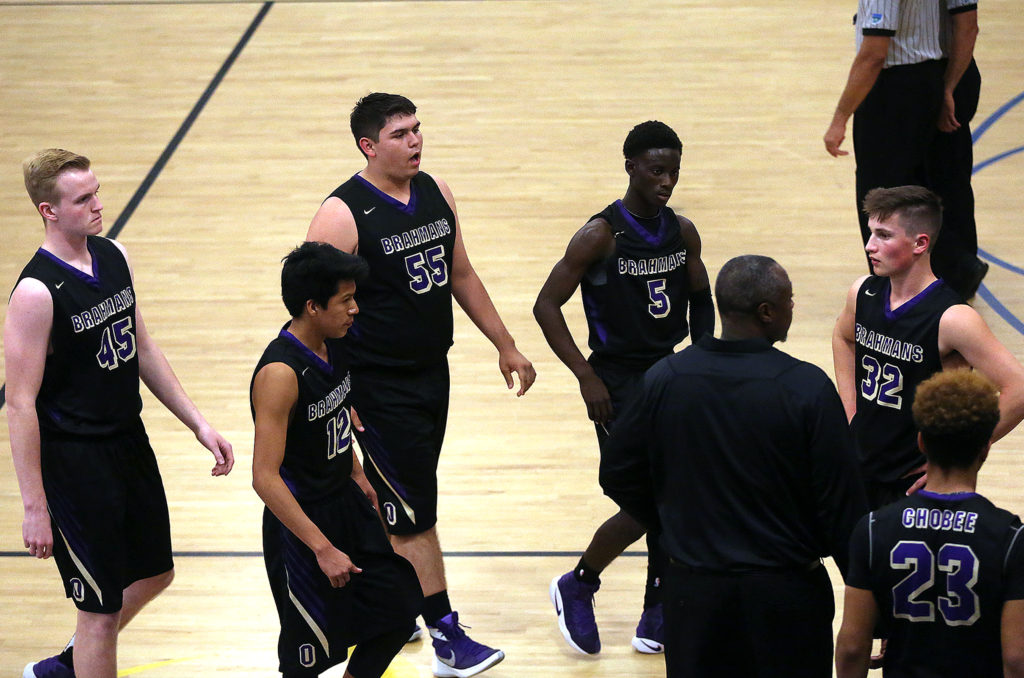