PLANTATION — Skyla Osceola was only a few feet from her former teammates December Stubbs and Tiana Stubbs as the American Heritage sisters battled Dillard in an early season clash of Broward County powerhouses. Of course, being in the bleachers, which is where Skyla lent her support and encouragement to her alma mater Dec. 1, isn’t nearly the same as being on the court.

Life without Skyla, who helped the team reach the Class 6A state semifinals last season, is something the Stubbs and the rest of the squad is learning to cope with.

“I miss her, but she’s doing good in college,” Tiana said.

Indeed. Skyla has made a smooth transititon from American Heritage to nearby NCAA Division II Nova Southeastern University, where she leads the squad in assists early in her college career.

“I talk to the NSU coach once a week,” said American Heritage coach Greg Farias. “Skyla is doing a great job. She’s in the starting lineup now after a couple games. She’s so bright and knows the game, that it was just a matter of time.”

With the graduation of Skyla and other key players from last season’s squad, opportunities opened up for returning players. Tiana and December, both sophomores from the Hollywood Reservation, have stepped up and helped the team to a solid start that included winning an early season tournament with victories against Pahokee and Grandview Prep.

“Tiana is our starting shooting guard. She’s doing a great job,” Farias said. “She’s one of our most athletic [players]. She’s the best shooter on the team right now, and she’ll cover the best player on the other team. So she’s my best defender and pure shooter.”

While Tiana is a fixture in the starting lineup, December isn’t too far behind. The point guard is often the first sub off the bench.

“December is like my sixth man on the bench. She comes off and plays defense. I call her my defensive stopper. She’s very tough. She can guard inside and outside,” Farias said.

December and Tiana made their presence felt right away against Dillard. In the first quarter, Tiana hit a 3-pointer and December had two offensive rebounds and one basket that pulled Heritage to within 12-11 at the end of the quarter. 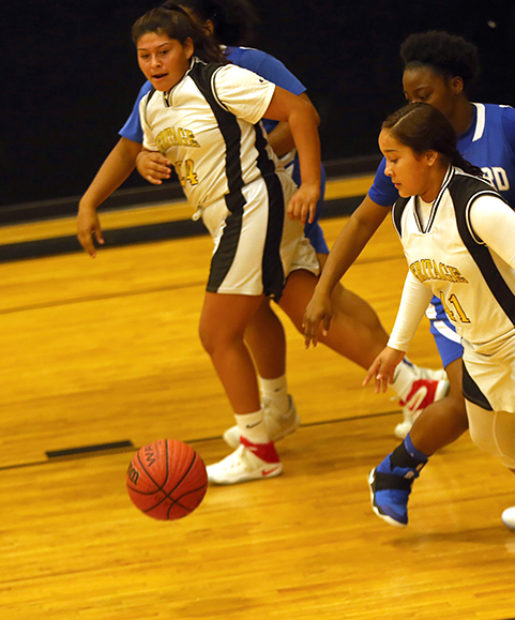 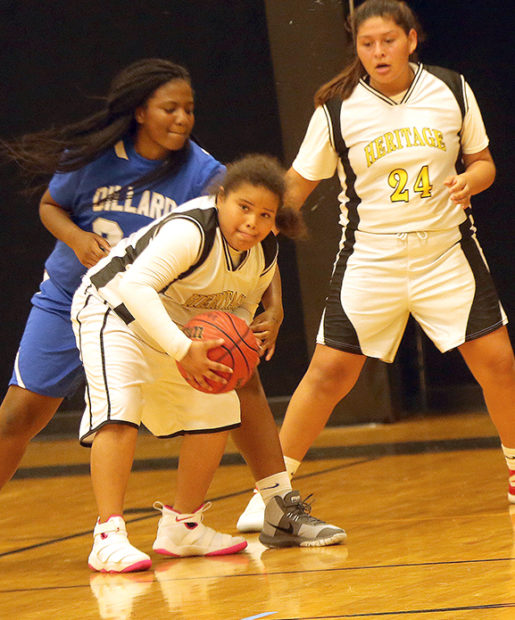 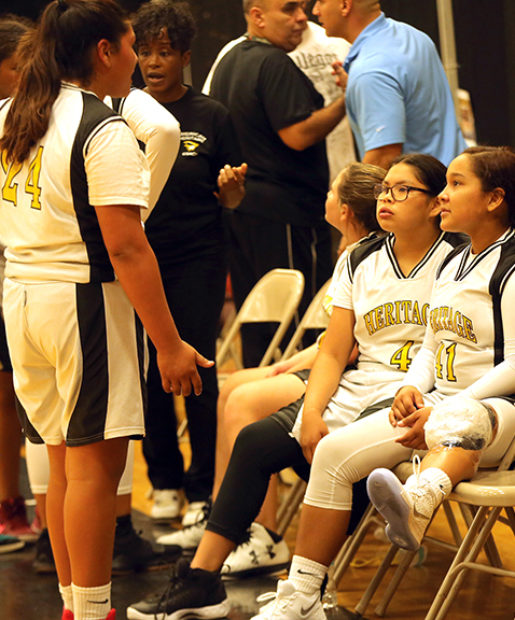 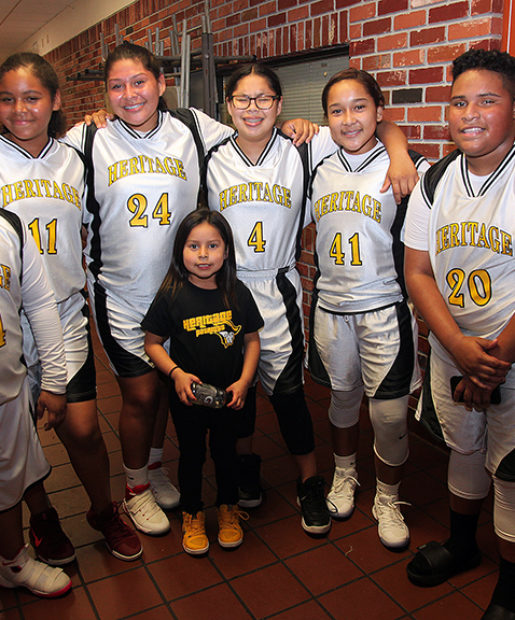 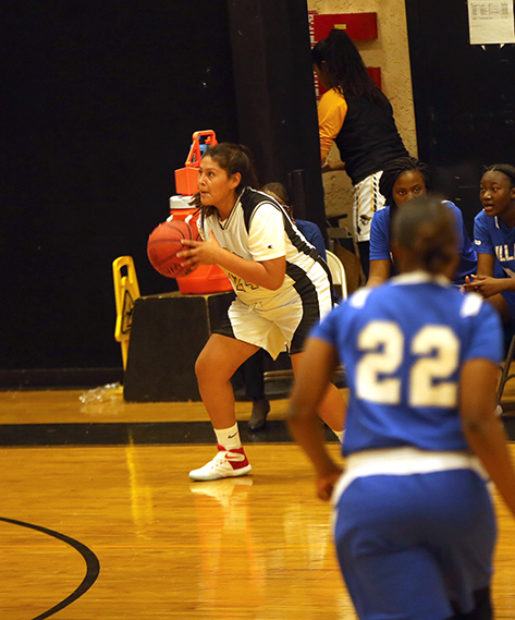 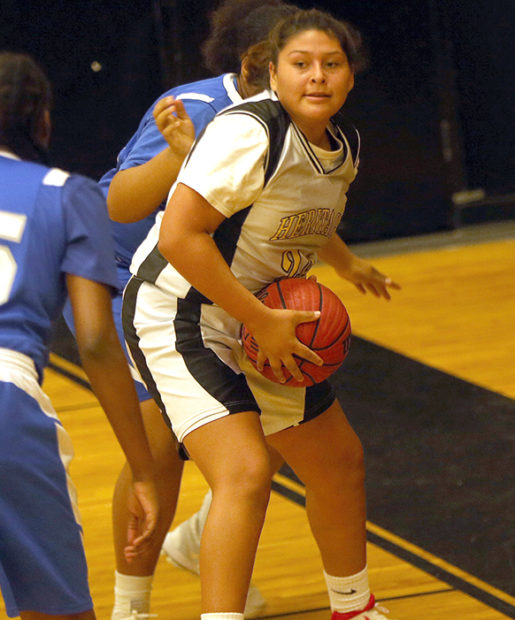 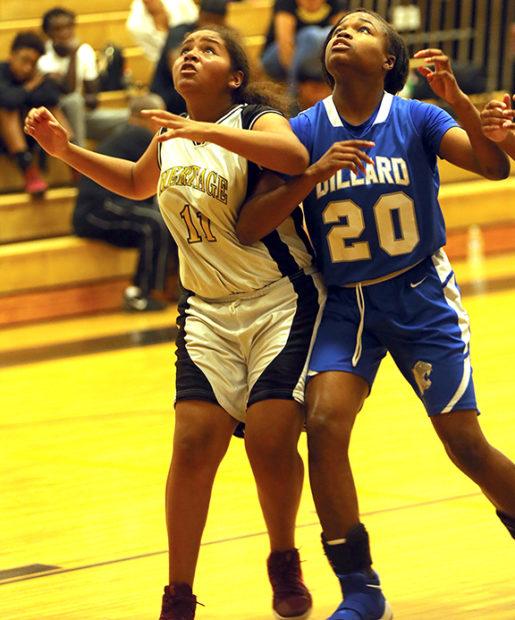 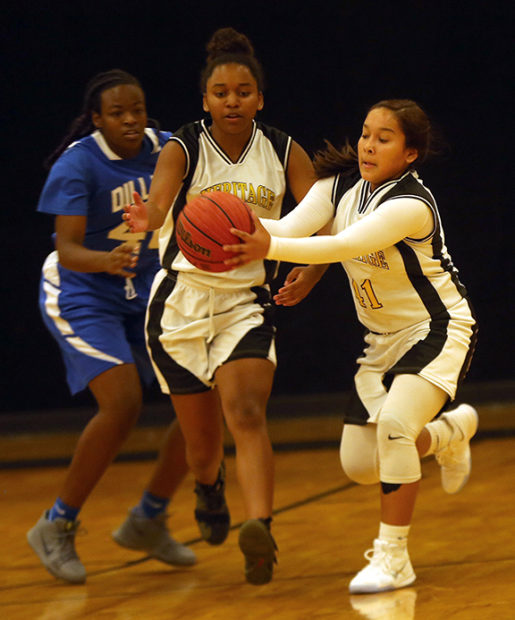 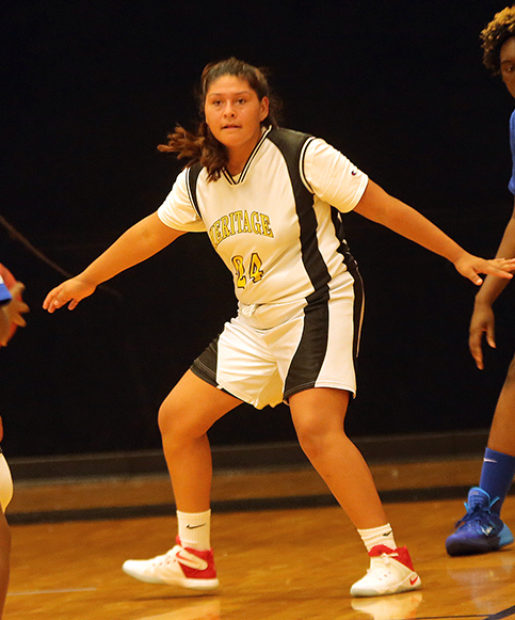 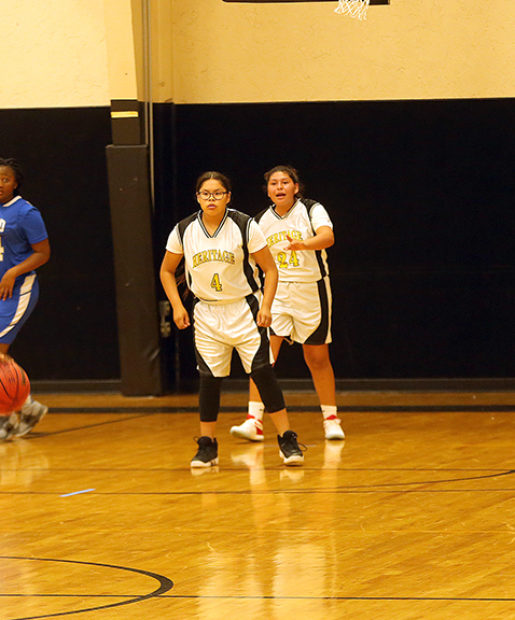 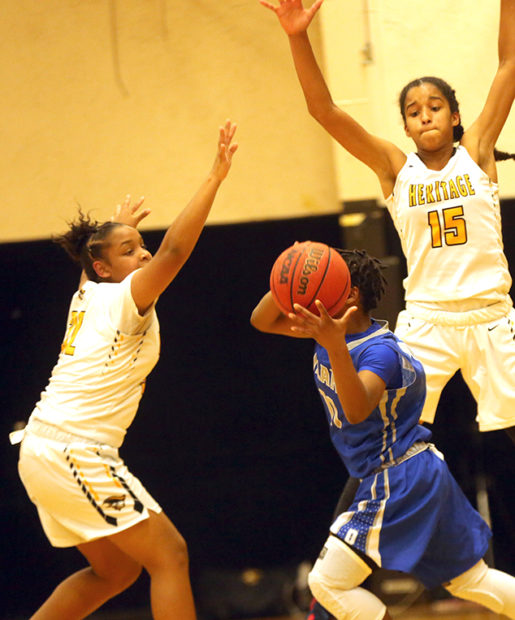 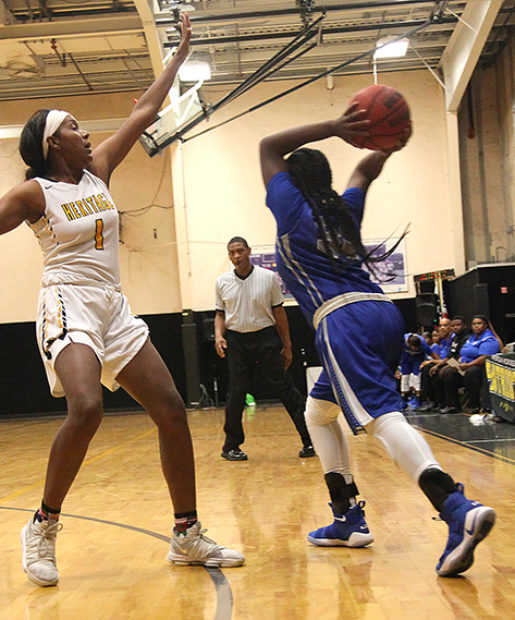 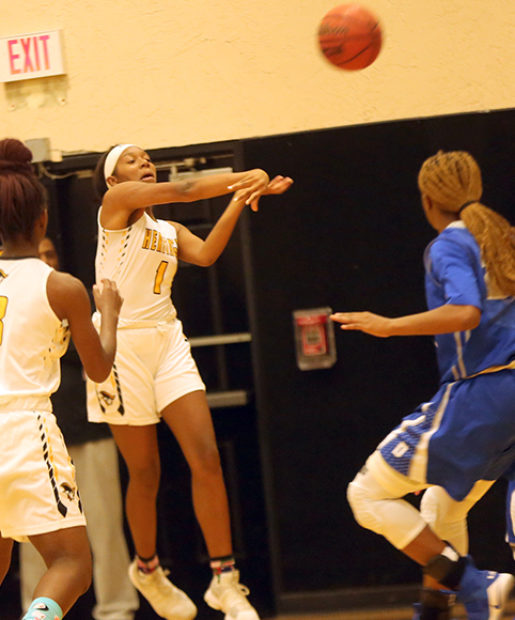 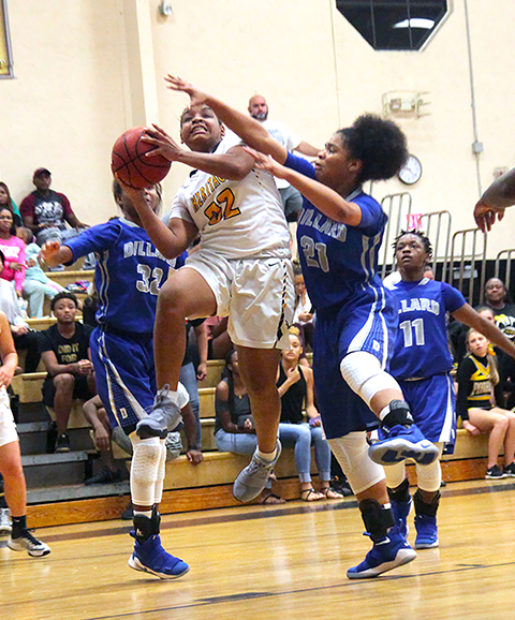 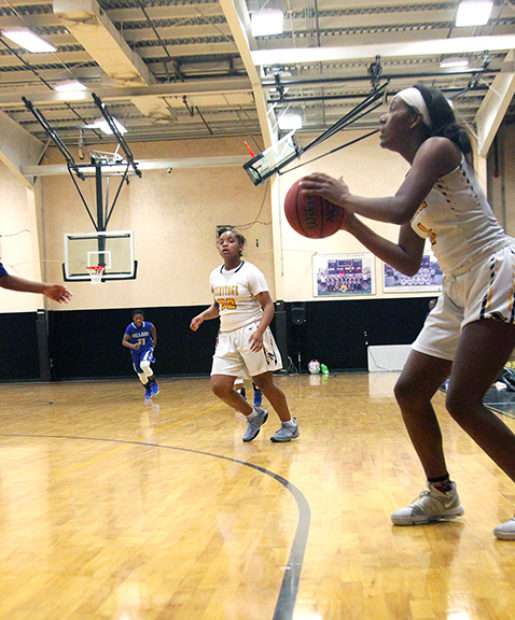 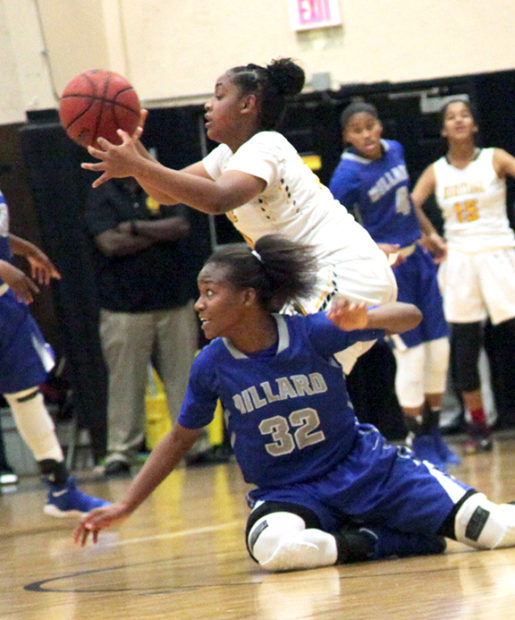 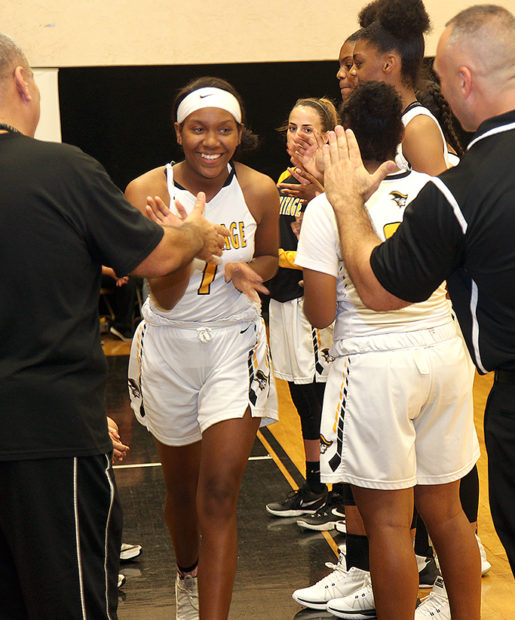 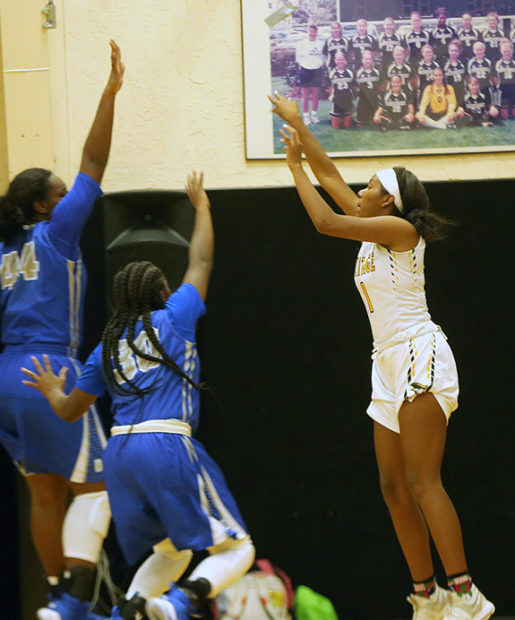 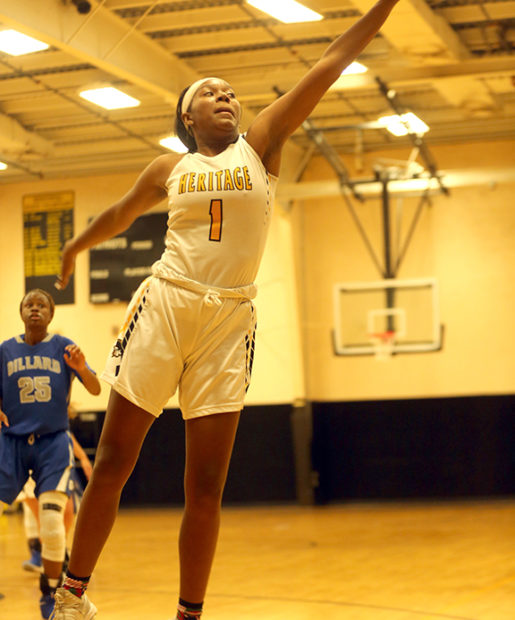 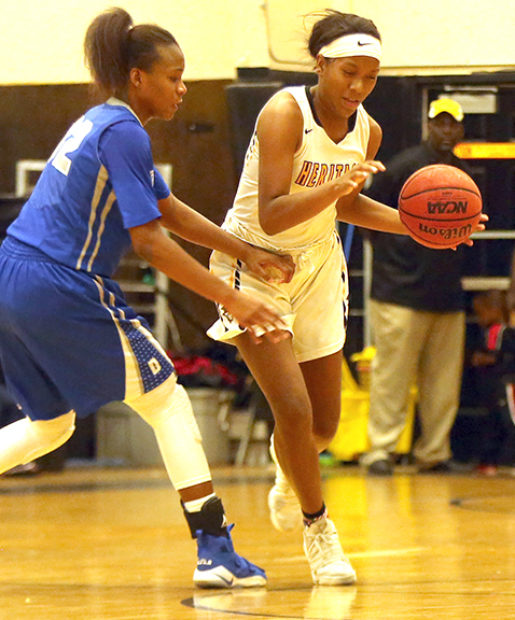 In the fourth quarter, Tiana helped keep Heritage within striking distance by making a layup and hitting a short jumper, but if Dillard has any flaws, they are tough to find. Dillard seldom fouls or turns the ball over, so coming back was indeed a tough task. Dillard won 52-42.

Having Skyla and a few other Tribal members go through the program in previous years, Farias is familiar with the type of player that the Tribe sends to Heritage.

“It’s a great relationship with the Tribe,” Farias said. “Their knowledge of basketball is unbelievable. Because they have the two gyms [on the Hollywood Reservation], they do a great job of playing all the time.”

Farias said the players are also strong in the classroom.

“They come here and they’re academically strong and they know the game of basketball,” he said.

While December and Tiana are the only players from the Tribe on varsity, American Heritage’s junior high team is loaded with Seminoles. The school does not have a JV team this year.

Not surprisingly, the young junior high team struggled against the far more experienced JV squad. Dillard won easily, but Heritage never stopped hustling right up to the end when Canaan battled for a loose ball in the final minute as if it was the game’s first minute.

Farias said the young players from the Tribe are the foundation for the future of the program. All are sixth-and-seventh-graders, which means it may be at least a couple years before their impact is felt on varsity.