When Matt Foreman glanced at the players on his bench during a nail-biting semifinal at the Native American Basketball Invitational, he had a hunch about one of them just by the way the player was sitting.

Foreman, coach of the Savage Storm, saw an eagerness to get into the game attached to guard Lucas Osceola.

“Lucas was sitting next to me on the bench. I said, ‘Lucas, are you ready?’ He said, ‘I’ve been ready the whole game,’” Foreman said in a phone interview with The Tribune.

Putting Osceola into the game turned out to be the right call and it came with huge benefits.

As the final few seconds ticked down in a tied game, a long 3-point attempt by a Savage Storm player smacked off the rim. The ball bounced off a few hands in a scramble in the paint before it came to Osceola, who quickly and calmly hit a fadeaway jump shot from about 10 feet as the buzzer sounded.

“That was the biggest shot I’ve ever hit,” said Osceola, who added that he knew the ball was going in as soon as it left his hands.

The clutch game-winner gave Savage Storm a 74-72 win against powerful Cheyenne Arapaho (Okla.) on July 13 and sent the Storm into the NABI Division I boys championship the following day.

Even after such a physical and emotionally-draining semifinal, Savage Storm, which had only first been assembled as a team at the start of the tournament, had enough energy left to win the championship with a 69-65 win against FMD, of Fort McDowell, Ariz, at the 18,000-seat Talking Stick Resort Arena, home of the Phoenix Suns.

Sponsored and organized by Seminole Tribal member Theresa Frost and her husband, Steve, the team featured three players from Brighton – Osceola and brothers Donovan and Richard Harris – and players from outside Florida. Foreman’s wife, Alicia Josh Foreman, a Seminole, sponsored the trips of three players (Christian Braveheart, Lyndon Limon and Damien Tsoodle) from their hometown of Anadarko, Oklahoma. 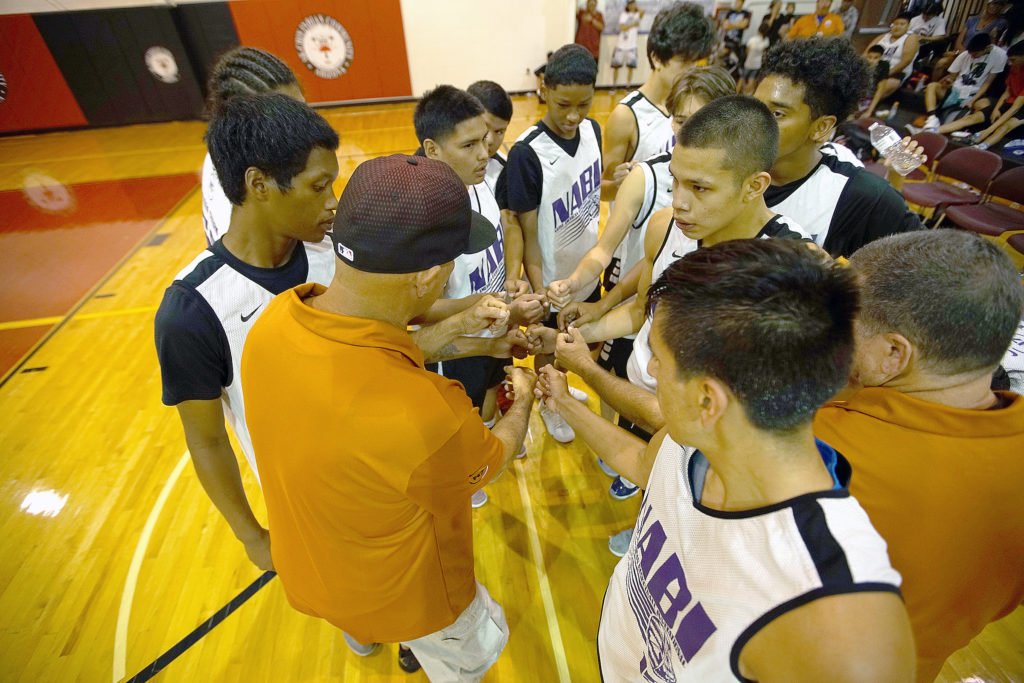 A few players initially thought they would be playing for a different team, but when that didn’t work out, they joined the Storm. Despite the all the newness among players, things clicked to the tune of a perfect 8-0 record in a field of 36 teams.

“We’ve never played together, but we had chemistry,” Osceola said.

During the championship celebration at midcourt the Seminole Tribe of Florida flag was brought out for the team photo. Foreman said a big chunk of the team’s success had to do with what it did away from the court.

“They bonded so good. Theresa had a big part of that with food and taking them to the movies. She and her husband are wonderful people,” said Foreman, who was assisted on the bench by Steve Frost.

Savage Storm excelled at winning close games. Five of their wins came by six-point margins or less, including a 51-46 triumph against the only other Florida team, Native Soldiers, in the quarterfinals. Native Soldiers was coached by Marl Osceola.

“They were beating us most of the game. We pulled it out at the end. They had a nice team,” Foreman said.

During his days as a standout player for Pemayetv Emahakv Charter School and now doing the same for Moore Haven High School, Donovan Harris has proven he’s a threat to score inside and outside. He took his talents to Arizona, where he thrived in the desert, including in the semifinal.

“It was a packed gym. He had a good game. He had a lot of 3-pointers from the corners and he lit the crowd up,” Foreman said. “He has some hang time and some double pumps. He surprised me.” 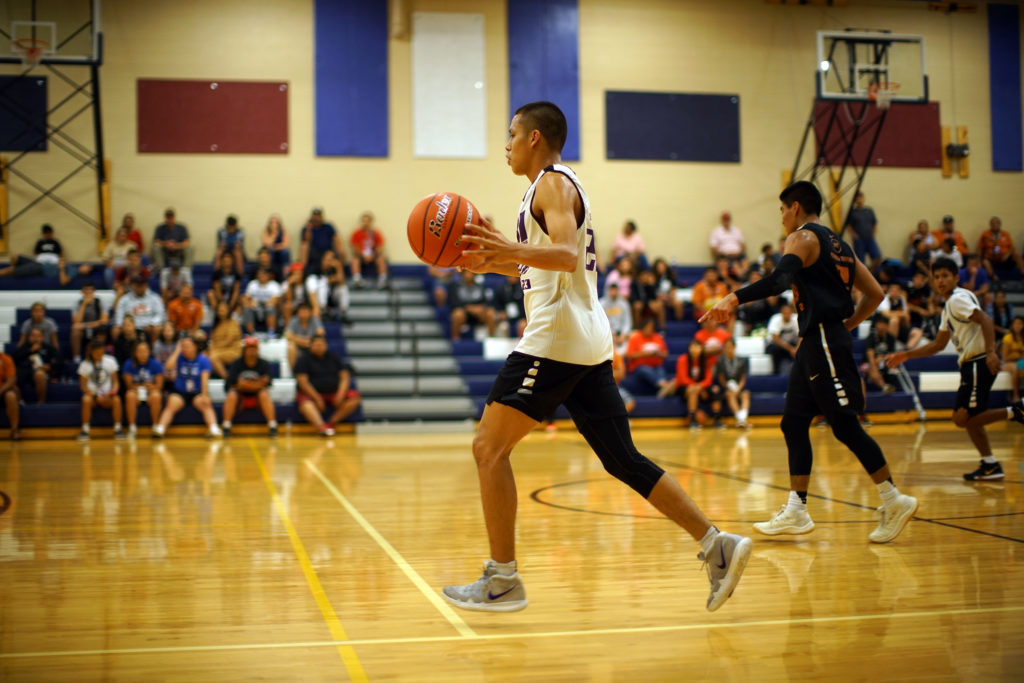 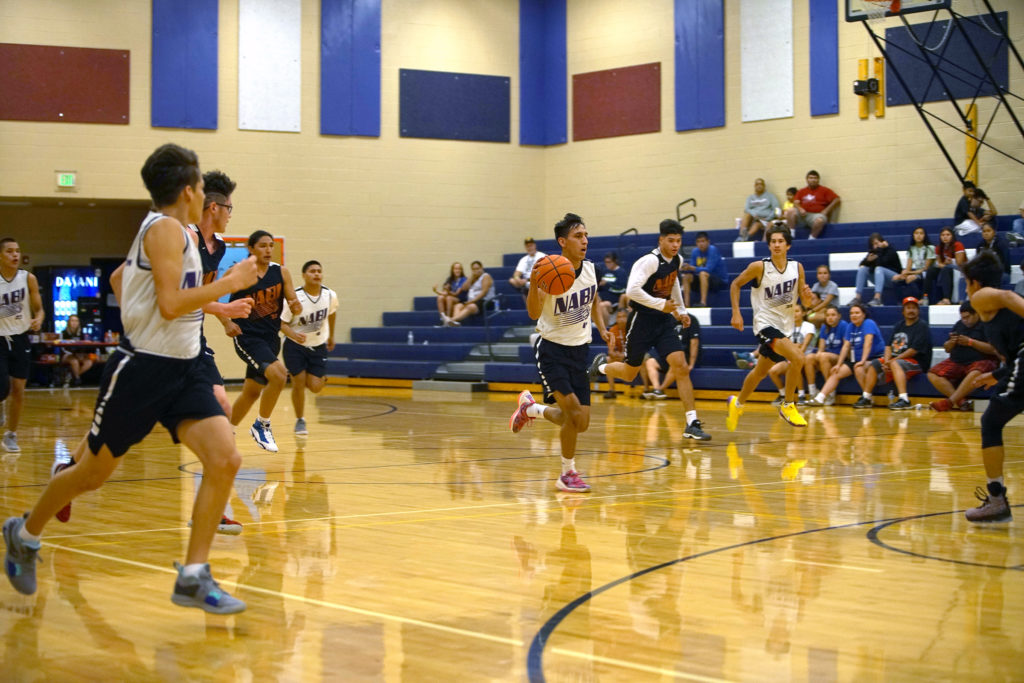 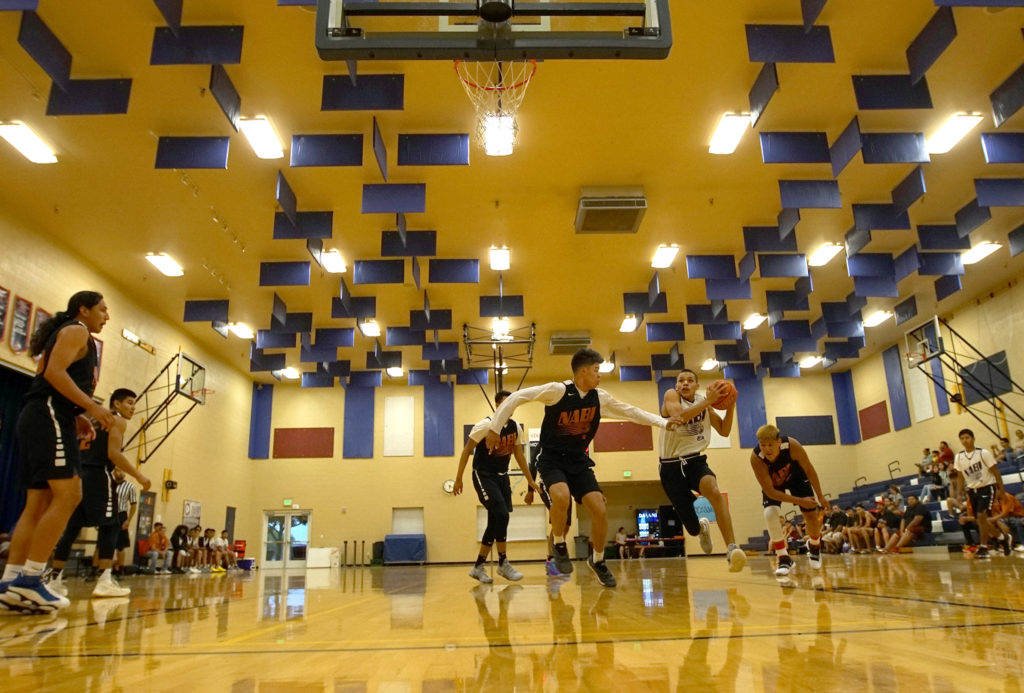 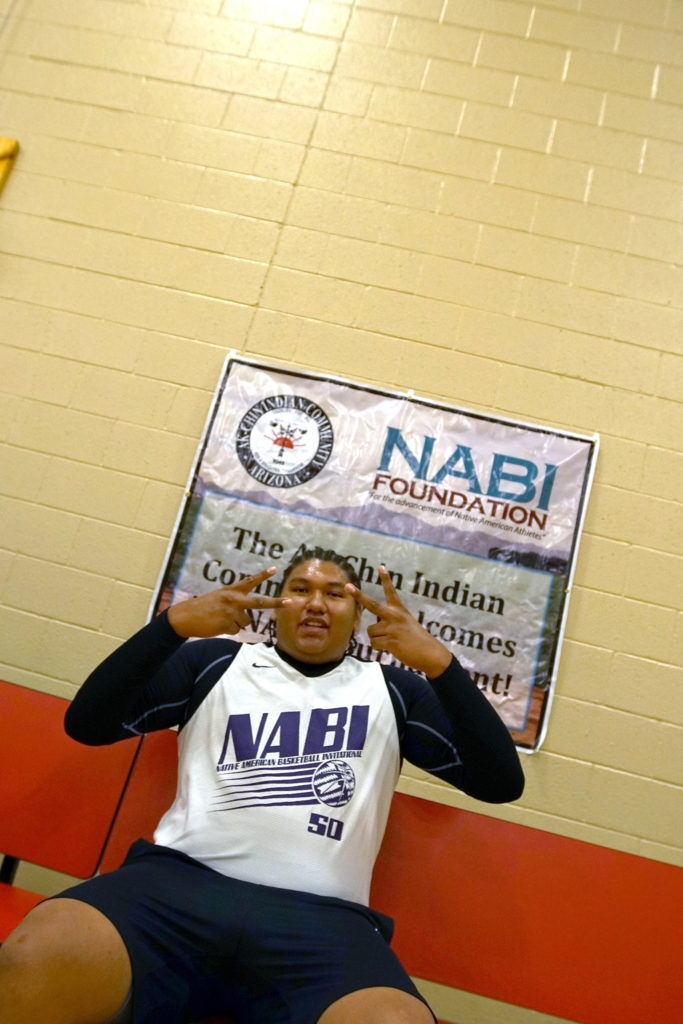 Foreman said Richard Harris contributed coming off the bench. The team also relied heavily on both D’von LaPointe of Winnebago, Nebraska, who won the tournament MVP, and Braveheart.

Foreman said Theresa Frost will sponsor the team again next season. For the next 12 months, the players can enjoy the fruits of victory as reigning NABI champions. 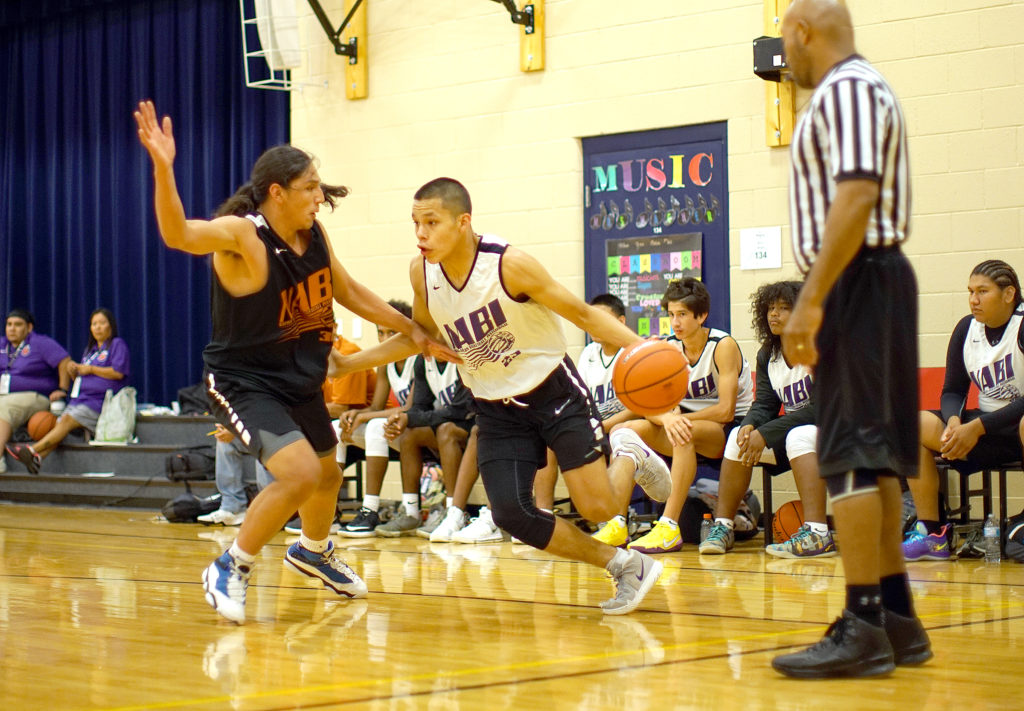