HOLLYWOOD — After about a decade absence, the cowboys were back in town for two rodeos in February. The Hollywood Reservation welcomed rodeos on consecutive Saturday nights that honored the memories of two icons from the Tribe: Betty Mae Jumper and Bill Osceola.

“Of course, they are no longer with us, but I think this is a great thing as a memorial to them because they were both cattle people and they raised cattle,” said Betty Mae’s son Moses “Bigg Shot” Jumper Jr. as he addressed about 200 spectators who filled bleachers at the outdoor, uncovered rodeo whose stationary lights were accompanied by a handful of mobile lights brought in for the shows.

A normally tranquil corner of Seminole Estates was turned into a festive Saturday night Feb. 4 for the Betty Mae Jumper Memorial Rodeo that featured the booming voice of public address announcer Norman Edwards, whose wealth of Seminole and rodeo knowledge complemented insightful historical perspectives from Moses.

Accompanied by John Anderson’s “Seminole Wind” on speakers, the rodeo participants bolted through the gate for the grand entry and the start of the Eastern Indian Rodeo Association season. The entourage of riders and horses was led by EIRA Queen Allegra Billie, Jr. Queen Madisyn Osceola with the U.S. flag and Betty Mae’s greatgrandson Andre Jumper, who carried the EIRA flag.

Rodeo’s triumphant return to Hollywood was a topic of conversation throughout the evening.

“It means a lot,” said Hollywood Councilman Chris Osceola as he watched the rodeo. “We haven’t had a rodeo here in 10, 12 years. We used to have a rodeo every year and everybody looked forward to it. To get a rodeo back in Hollywood, I think it’s huge for the Seminole Tribe. I know the cowboys are pretty excited about it. I think it’s great.”

For Allegra Billie, a sophomore at LaBelle High School, leading the pack onto the dirt surface for the first time as EIRA queen brought some butterflies. She rode the horse of her cousin – last year’s queen Randee Osceola – but had no issues.

“I was comfortable, but I was nervous because I hadn’t ridden him in a grand entry like that,” Billie said.

Billie didn’t outwardly show any nervousness as she proudly waved to the crowd with a big smile. “It’s different for me because I’m more of an introvert, so being able to come out and support and to be able to do things like this is new to me, but it makes me so happy,” she said. “Being in rodeos is amazing. It’s an outlet for me.”

Before the chutes opened for the start of competition, Edwards read a prayer and Moses read a poem titled “Indian Cowboy.” With Pitbull’s “Don’t Stop the Party” boosting an already upbeat atmosphere, Norman Osceola was the evening’s first rider as he tangled in junior bareback riding. A full menu of events followed, including saddle bronc riding, steer wrestling, calf roping, breakaway roping, team roping, barrel racing and bull riding. Fittingly, members of the Jumper family – including Ahnie, Blevyns and Jacee – won events on a night that honored the memory of Betty Mae, who led the tribe 50 years ago as its first chairwoman.

After being handed the public address microphone, President Mitchell Cypress said he was thankful to Betty Mae for helping him get his work career started. “Betty Mae Jumper was my first boss back in 1975. She hired me for Community Health,” he said.

“Thank you to Biggs, the Jumper family. It takes a lot of people to make this happen, and there’s a lot of guys who put some hard work in here to make what you see tonight. I didn’t think it was going to happen, but it did and I’m glad it did,” he told the crowd. Councilman Osceola also thanked Steve Osceola. “He’s the one who built this place,” said Councilman Osceola, who also recalled his days as a youngster at the old rodeo facility. “There’s a bunch of kids running around who don’t remember the days before the Hard Rock was here and we had that rodeo arena right over there across the street behind the church, and that’s kind of where we grew up.”

Seminole alligator wrestler Billy Walker provided entertainment during the break by tangling with a gator in the middle of the arena before the rodeo events resumed on a memorable opening night. “Look at all the people out here,” Councilman Osceola said. “Everyone enjoys a rodeo, especially an all-Indian rodeo. I think it’s great for the Tribe and it’s great for the Hollywood community.” 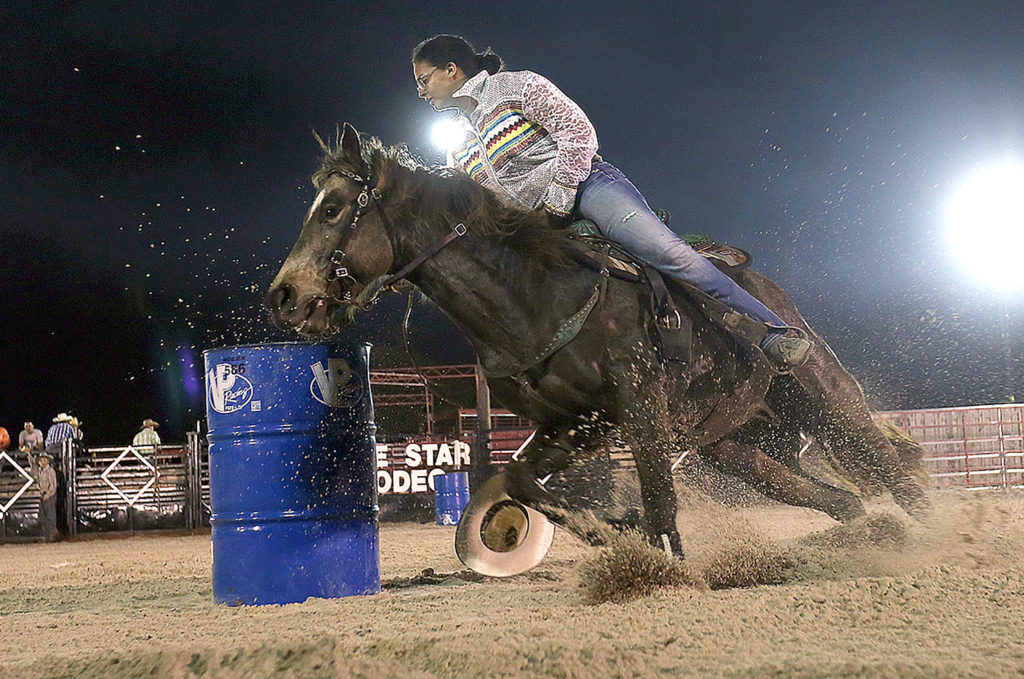 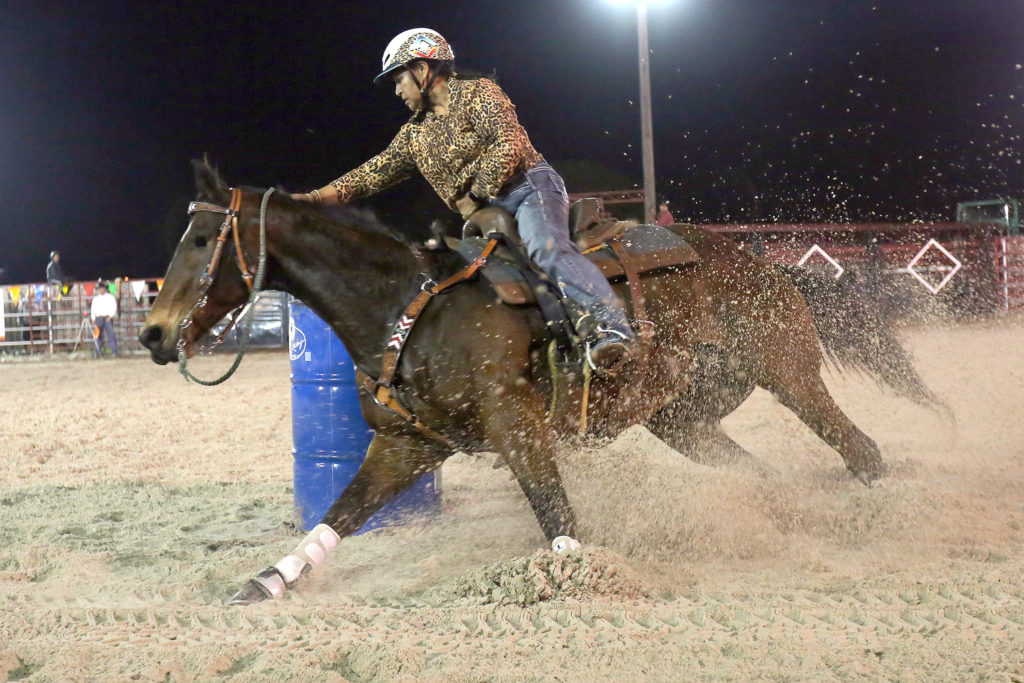 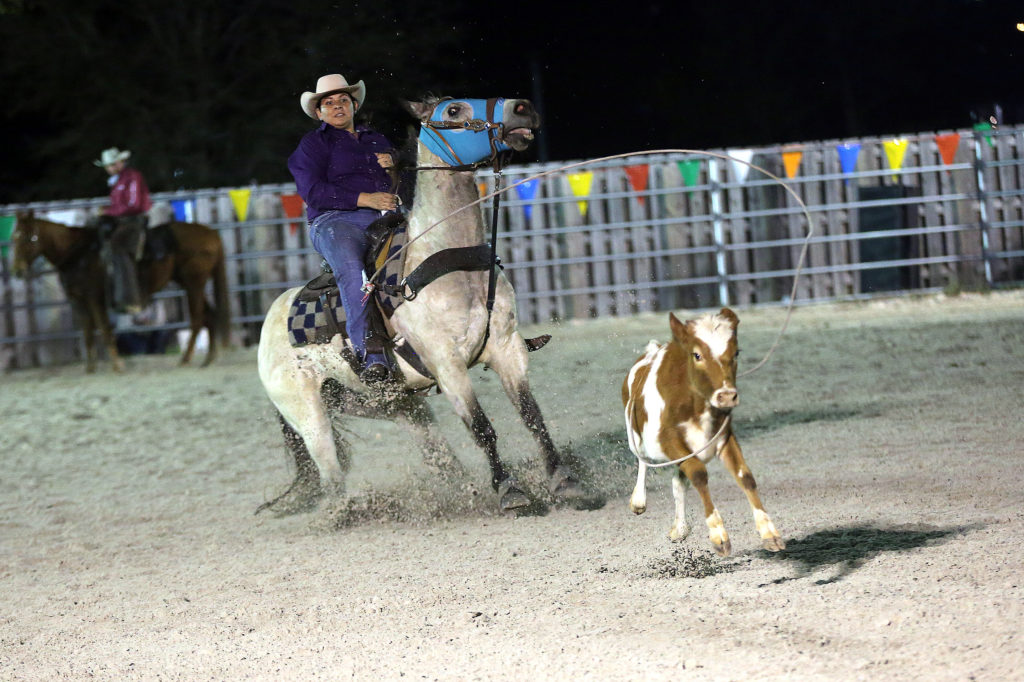 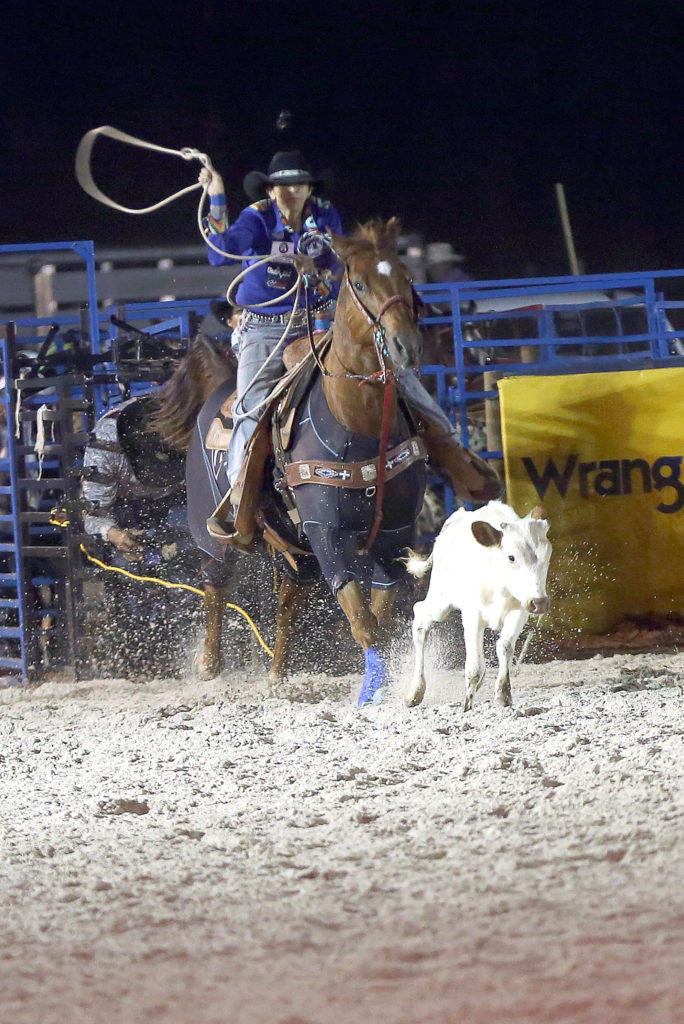 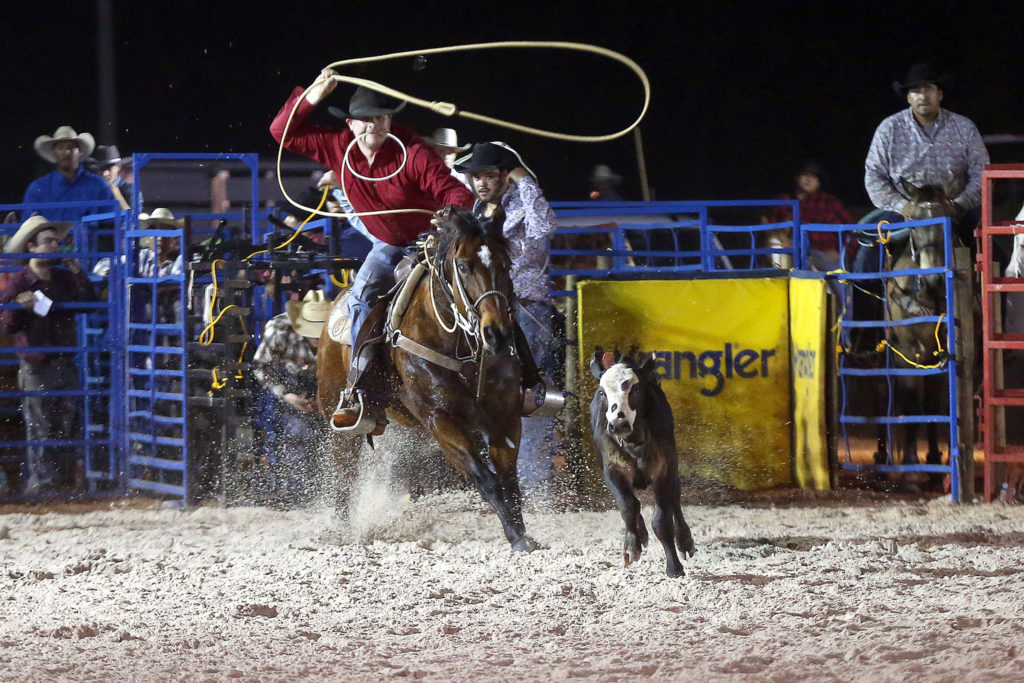 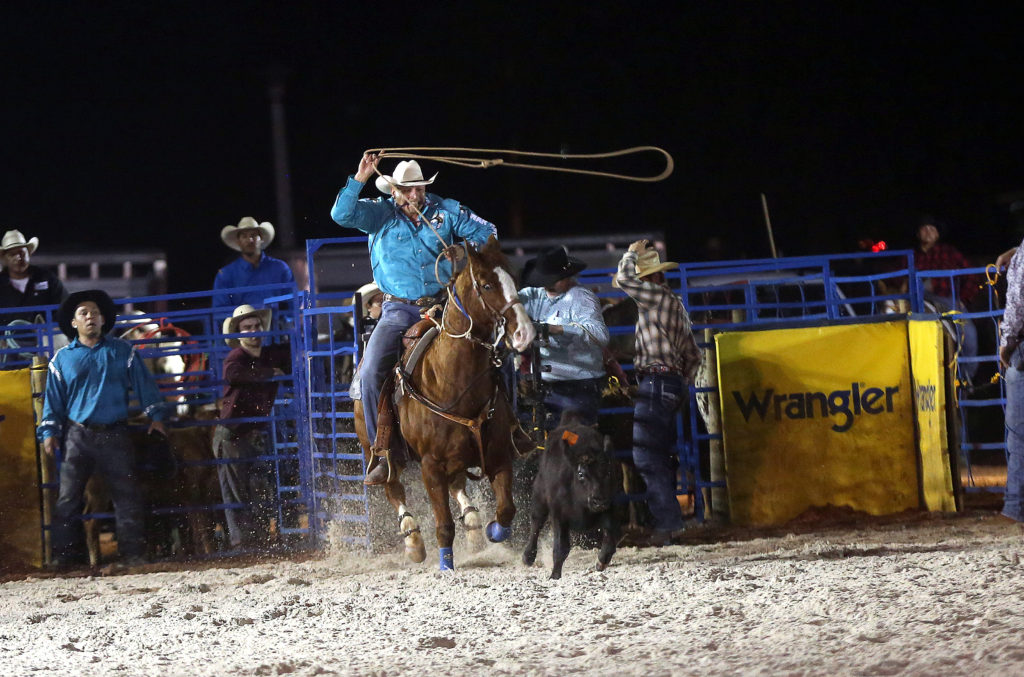 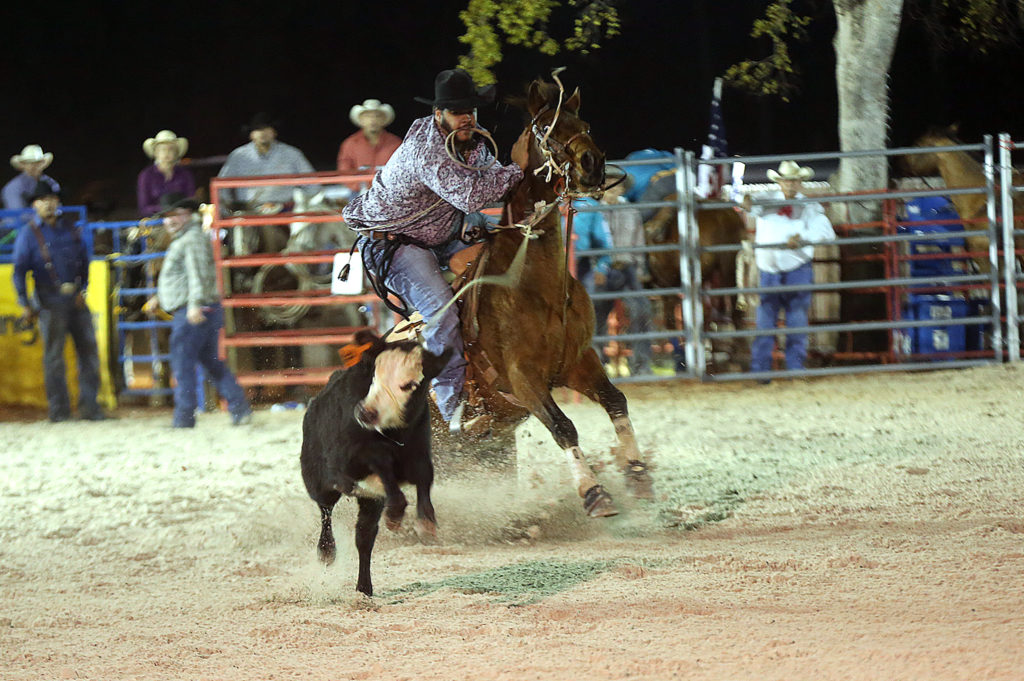 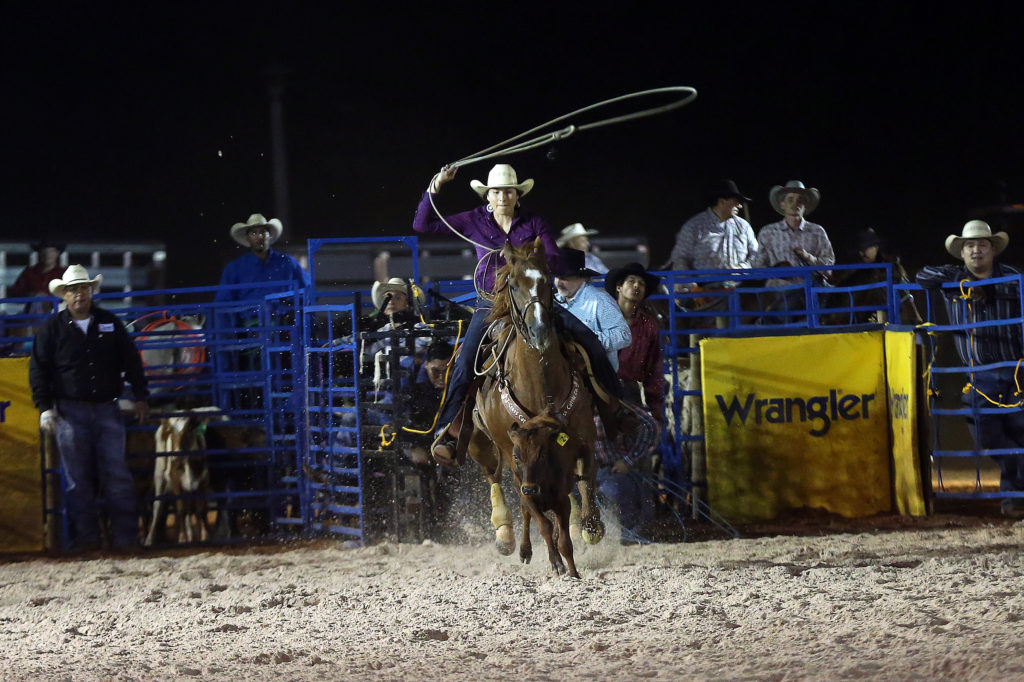 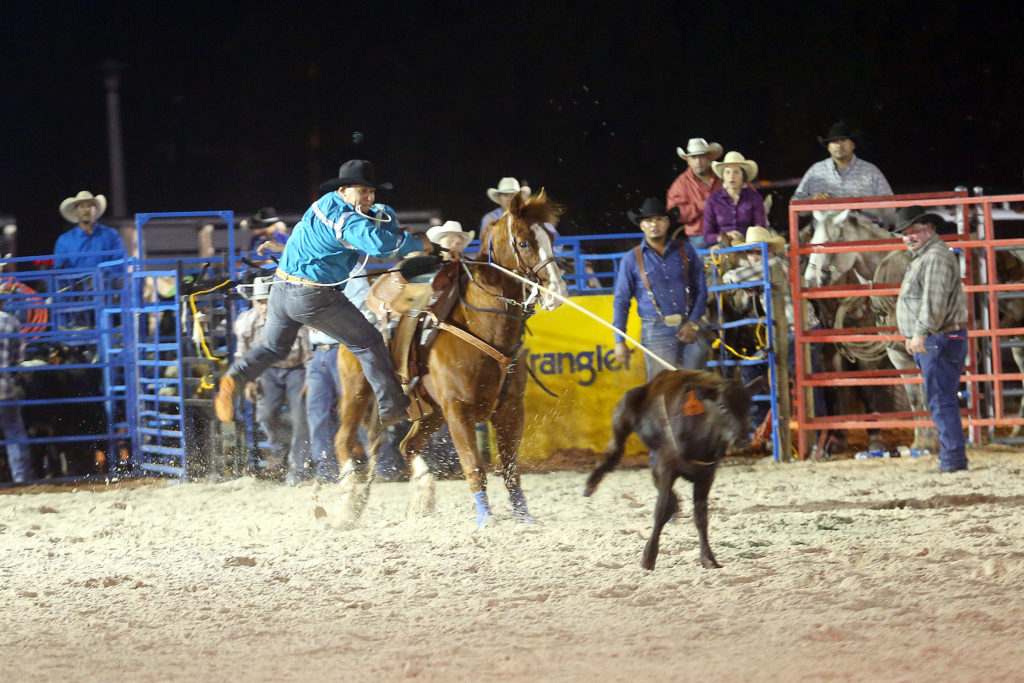 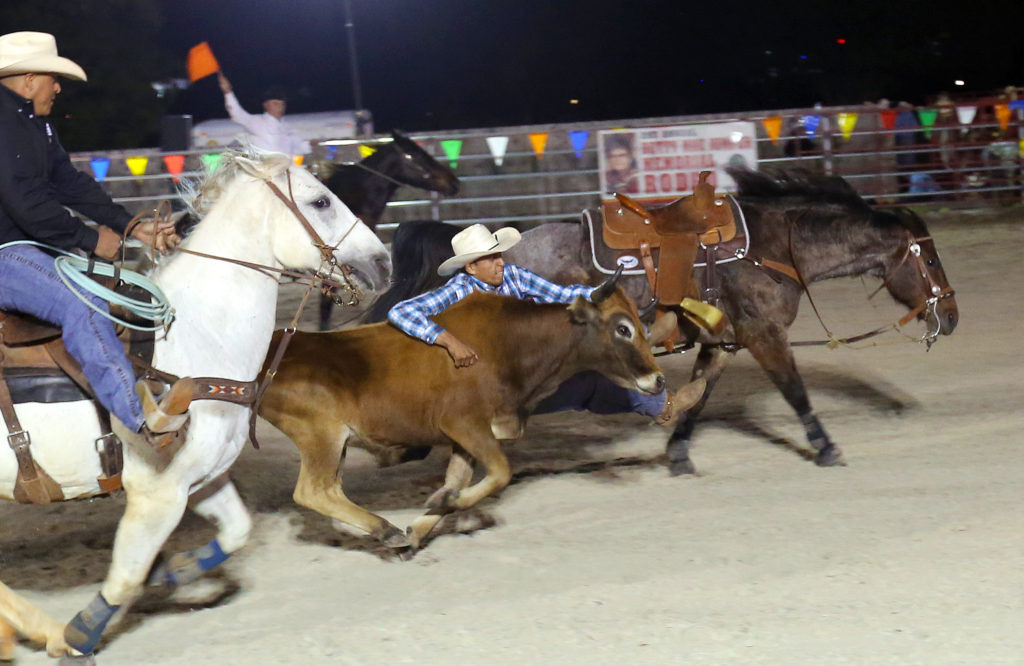 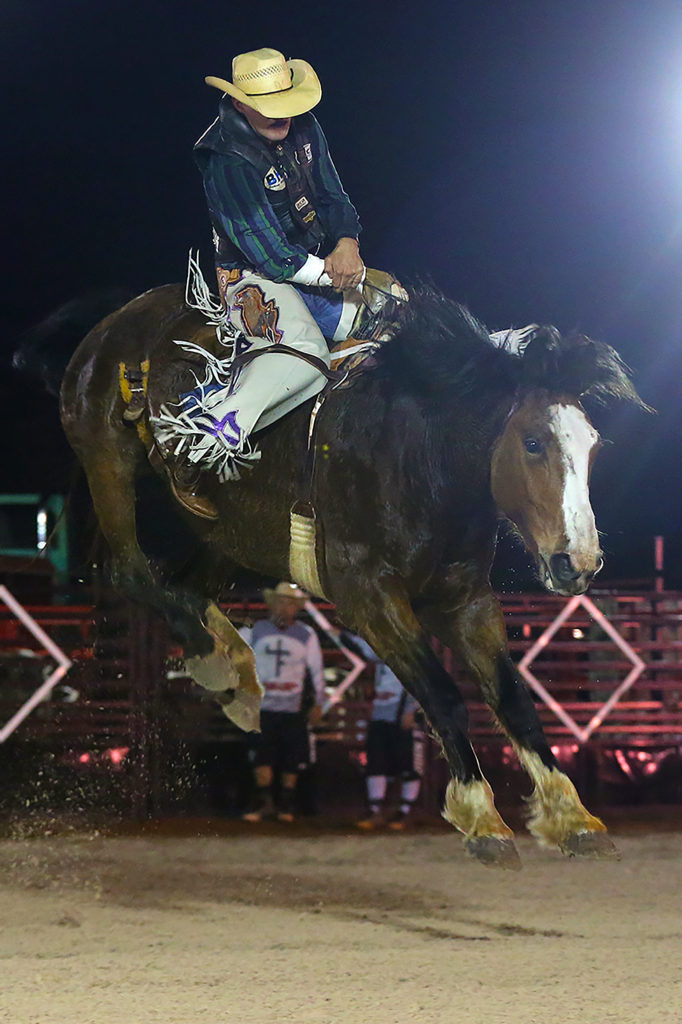 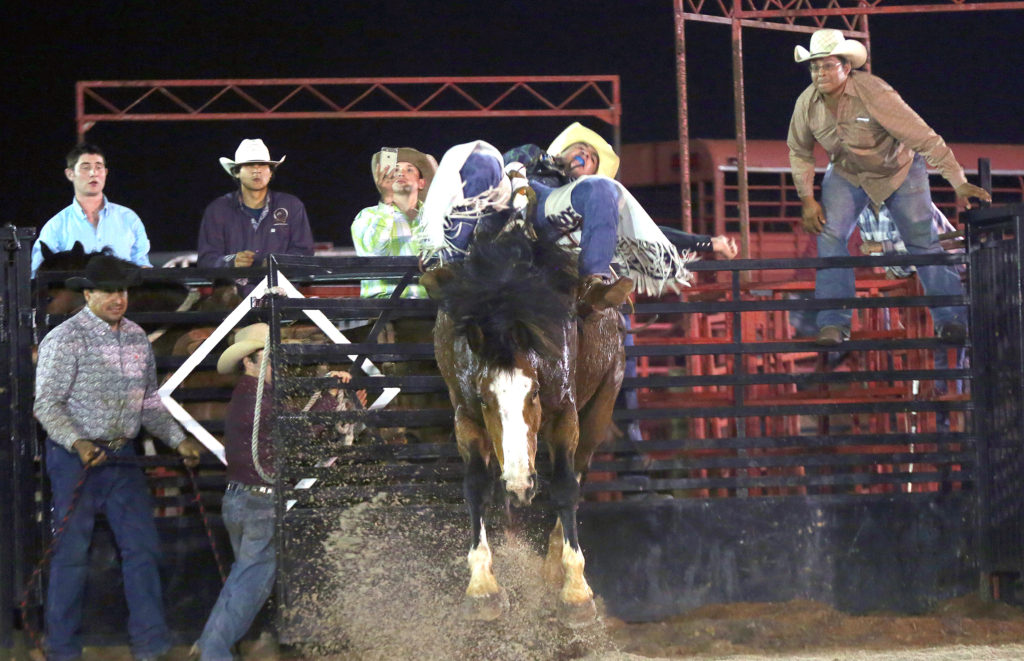 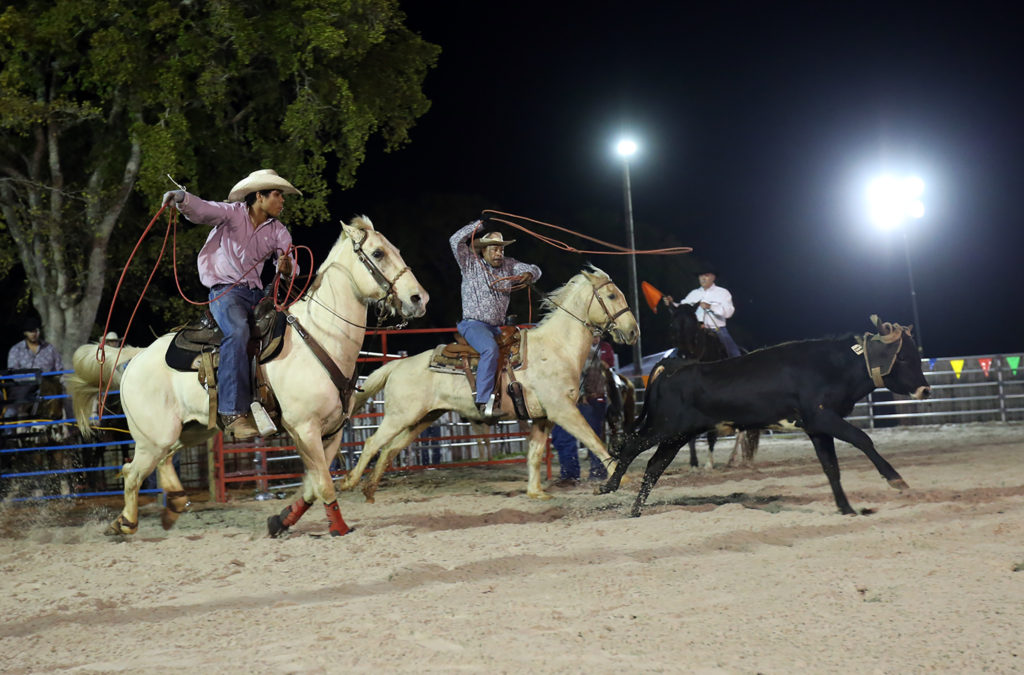 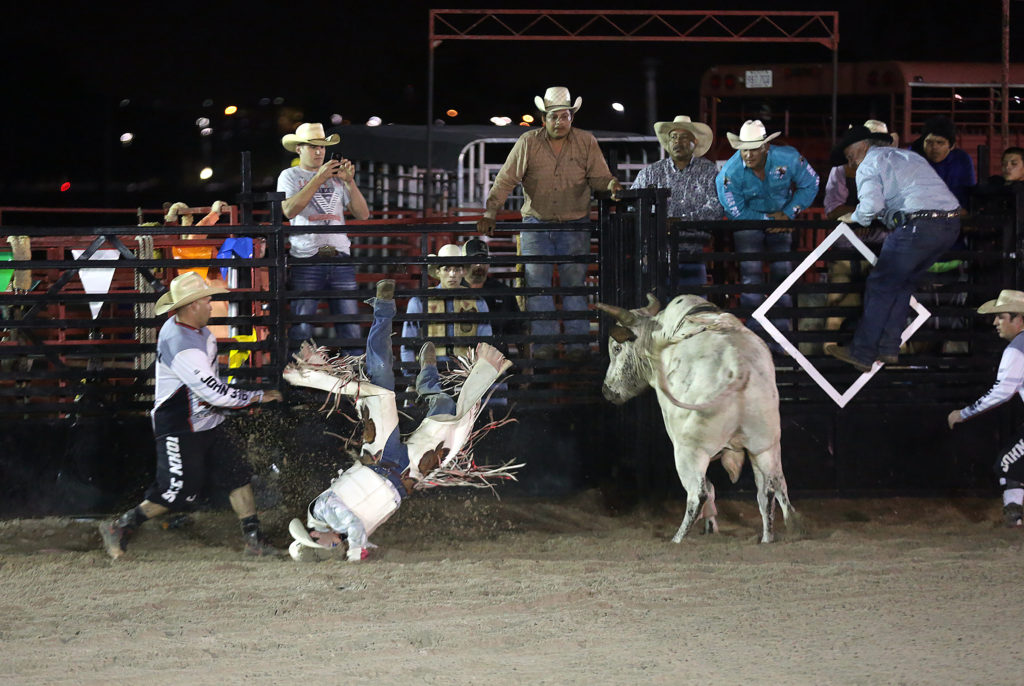 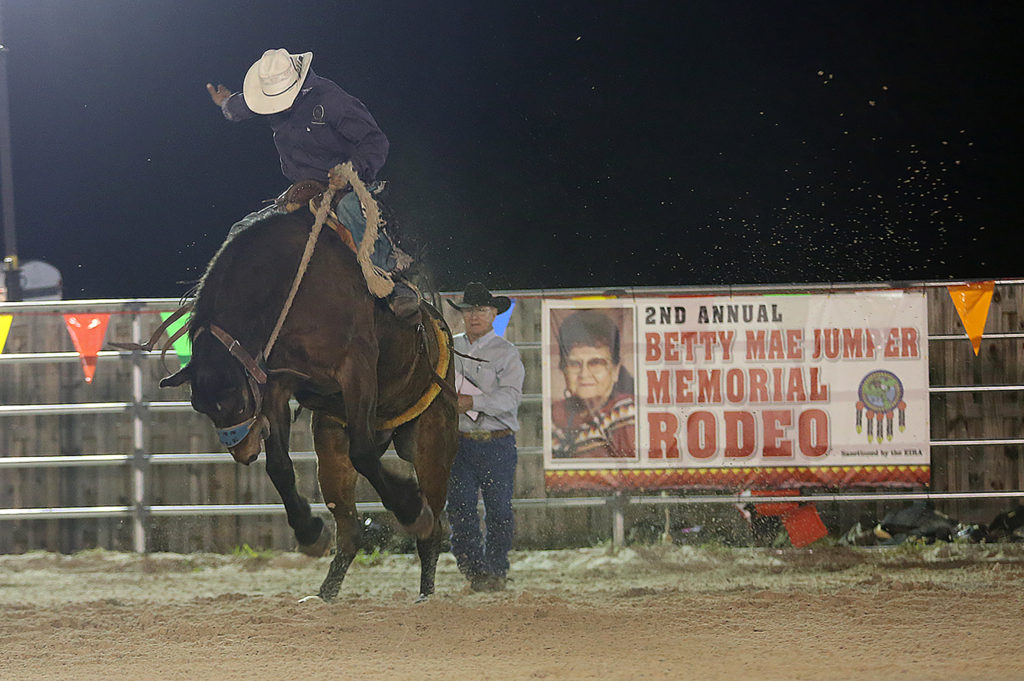 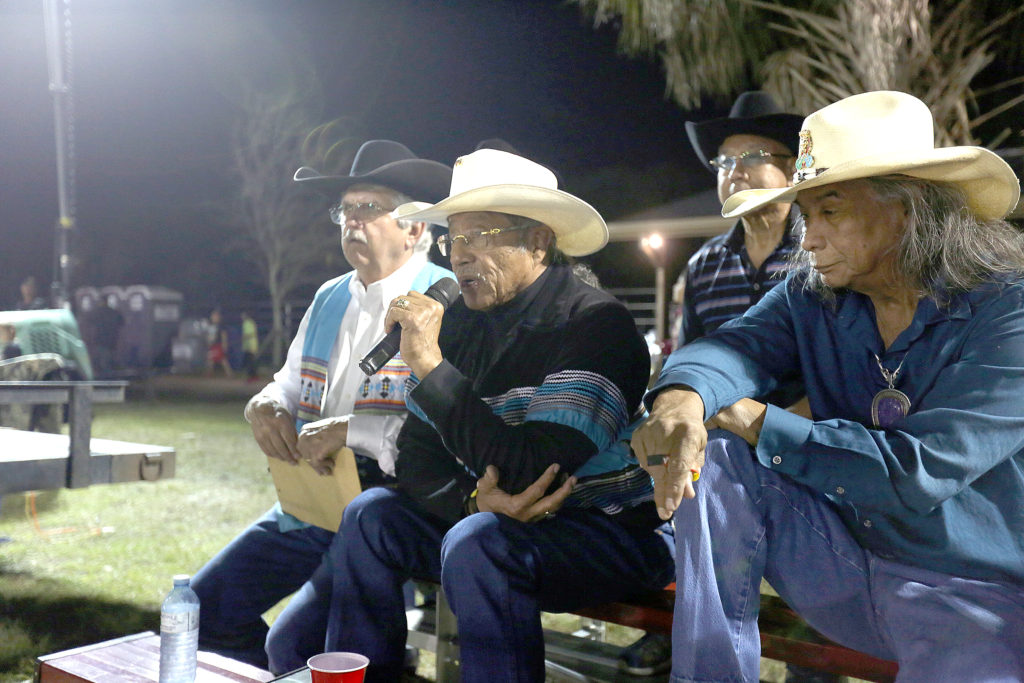 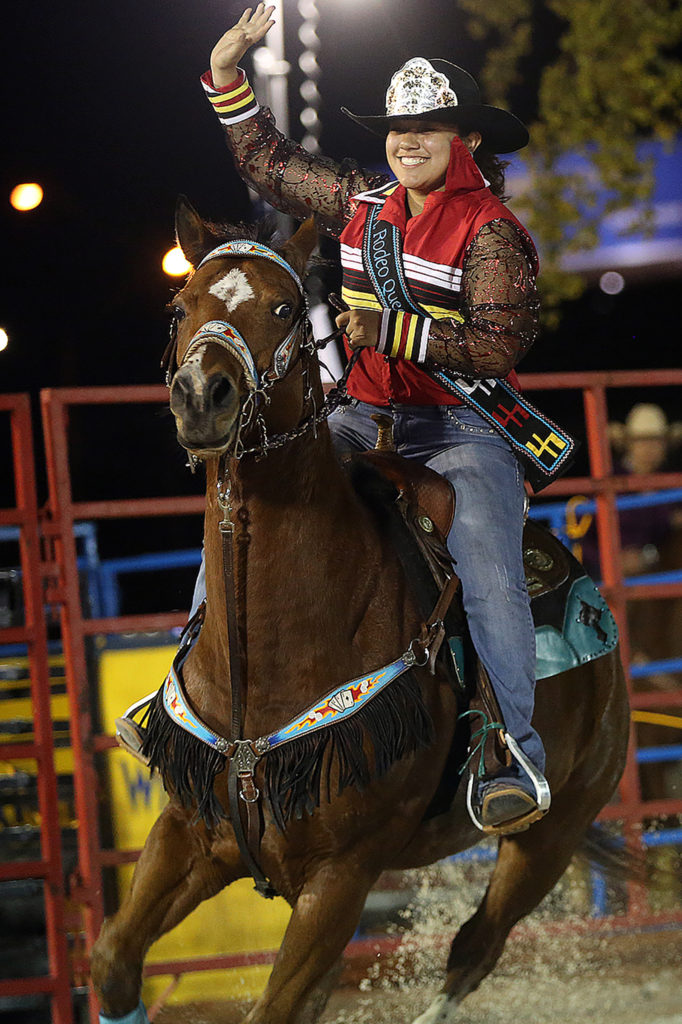 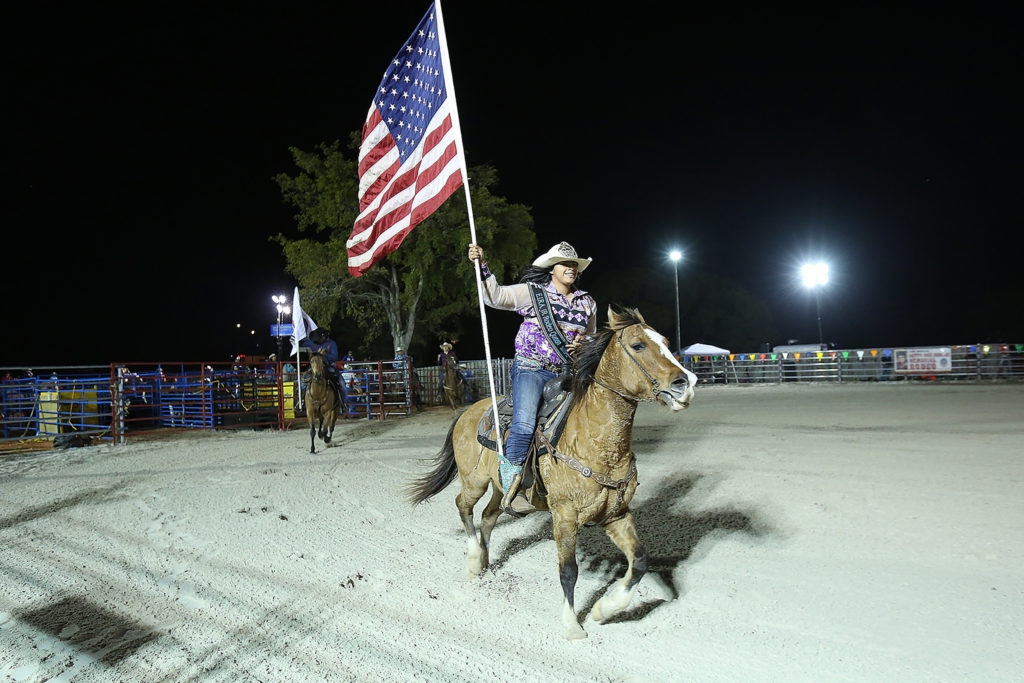 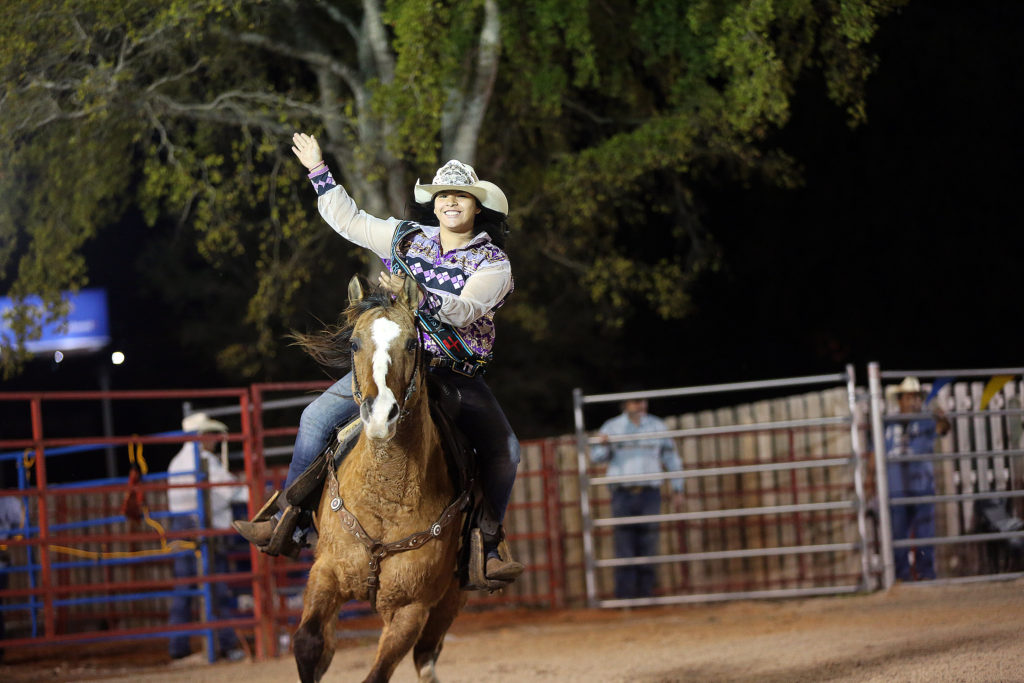 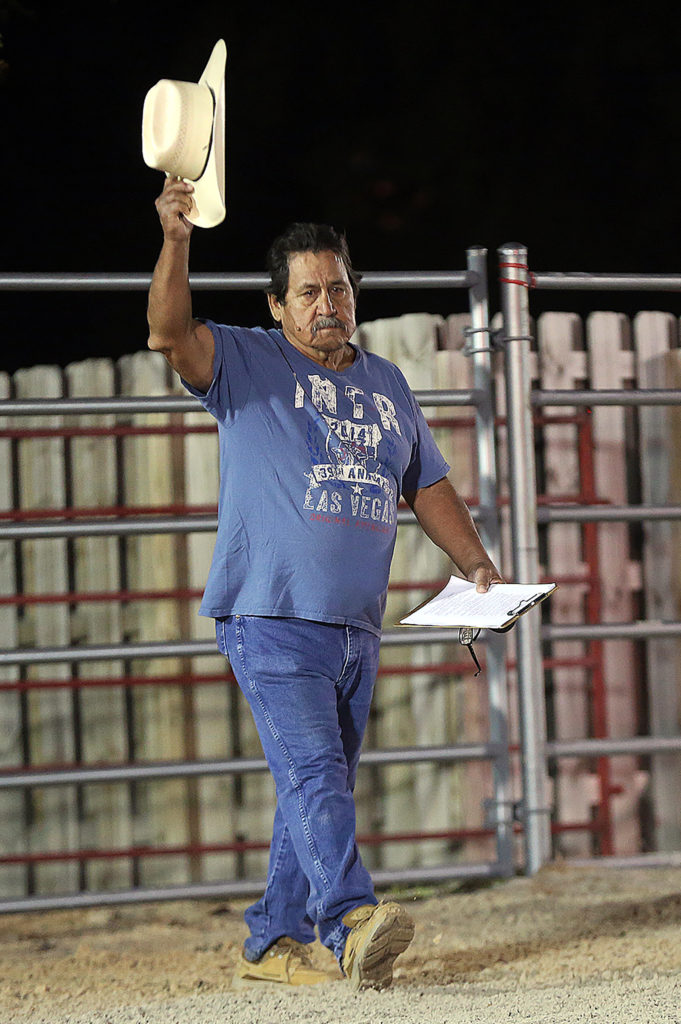 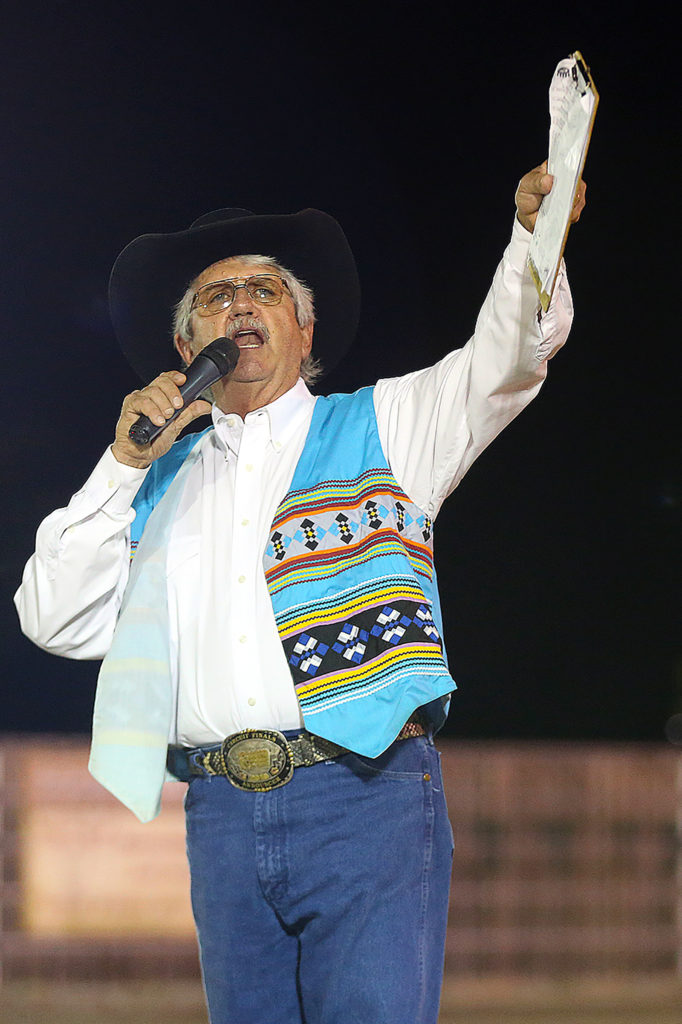