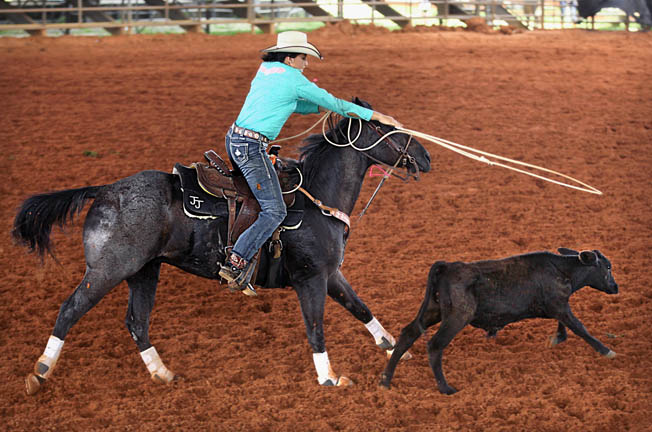 BIG CYPRESS — Junior Cypress Rodeo Arena was the place to be during summer 2014 for junior rodeo kids, both Tribal and non-Tribal. In fact, it was the only place for children to compete in all of Collier, Hendry or Glades counties.

“Programs for kids end when the school year ends. That’s why we are so thankful to the Tribe,” said Leslie Fulford, of Moore Haven, whose sons Hayne, 5, and Cross, 7, were part of the second annual Youth Summer Series Rodeo.

Several Tribal members finished in first place in their divisions. Lason Baker won for mutton busting; Lance Howard won pony riding in the 10-12 age group; Ahnie Jumper ran away on the breakaway; and Bryce Baker took it all for dummy roping in the 7-8 age group.

Organized by Henry and rodeo office manager Earleen Rimes and sponsored by the Tribe, the June 28, July 26 and Aug. 30 rodeos gave kids who do it for fun or lifestyle something to practice toward all summer long. Al Curry, a 20-year veteran rodeo announcer who play-by-played the final event, said the Seminole program also keeps kids in the rodeo game.

“We have to support kids who want to get a start in rodeo competition. It’s like sandlot baseball. Everyone has to start somewhere,” he said.