BRIGHTON — A new team of leaders took the oath and the reins of the Student Council at Pemayetv Emahakv Charter School Sept. 29.

Dressed in their finest patchwork, the 10 newly elected K-8 representatives and council chairwoman put their left hands on the bible, raised their right hands high and repeated the oath after Brighton Councilman Andrew J. Bowers Jr. as he swore them into office.

The students swore to ‘be the very best representative that they can be, lead the student body as an example of outstanding commitment in the revitalization of their language and culture and exemplify excellent academic performance and moral character.’

After the students were inaugurated and recited their acceptance speeches in Creek, Councilman Bowers addressed them as a group.

Principal Brian Greseth said one of the responsibilities of the Student Council is to be great role models, listen to the students’ concerns and come up with ideas to make the school better.

Brighton Board Rep. Larry Howard told the new Council to take advantage of their leadership roles.

“Don’t be shy,” he said. “You’re here now and have the opportunity to make some changes.”

Chairwoman LaShae King was eager to represent her school in the best way possible, set an example and be a strong leader.

“As chairwoman, I’m setting out a whole new path,” said the eighth-grader. “I want to encourage younger students to run [for student council] when they get older. I want everyone to know our school is awesome. We get to take Creek and get high school credit for it. We learn culture every day, which makes me feel good because it’s a part of me.”

Some of the annual events Student Council will help with are the Okeechobee Christmas parade and Field Day in Brighton.

“I guess I’m going to be busy,” Amanda said. “I like to keep them busy so they stay out of trouble.”

After the formalities of forming the new government were completed, the clothing contest commenced. The atmosphere in the school gym changed from one of seriousness to one of controlled chaos and anticipation as each grade level was judged and encouraged by supportive family members.

Three Seminole Police Department officers judged the boys and three Fire Rescue officers judged the girls. As they took turns in the limelight, they stood as still as possible while the judges considered each outfit. Judges all remarked on the difficulty of their task since the clothing was all so impressive.

At the end of the contest, some students brought home ribbons but they all showed poise under pressure. 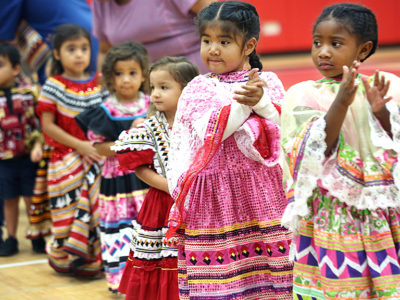 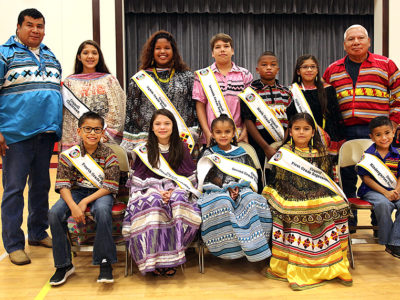 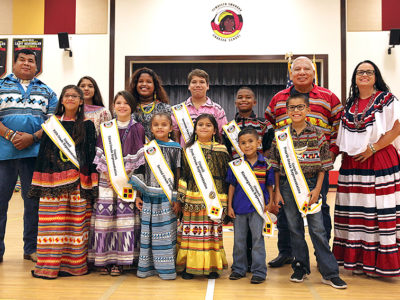 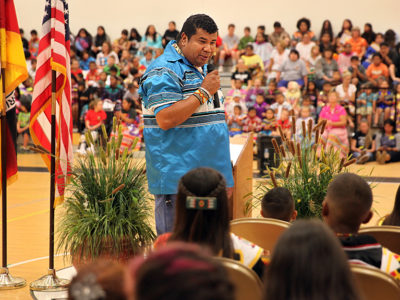 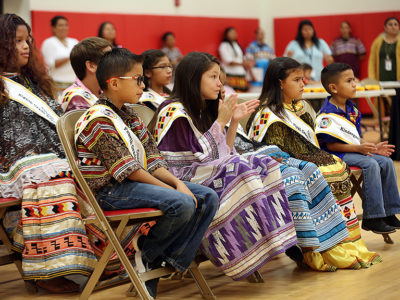 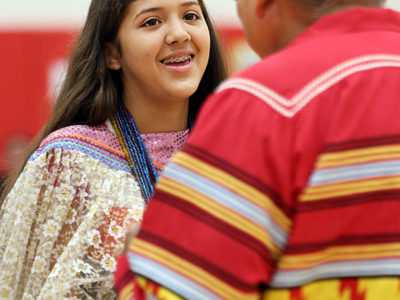 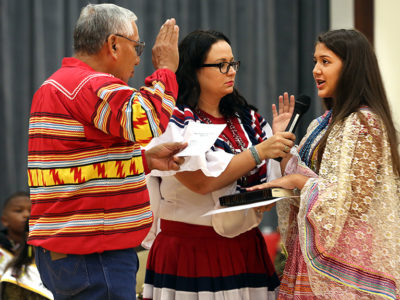 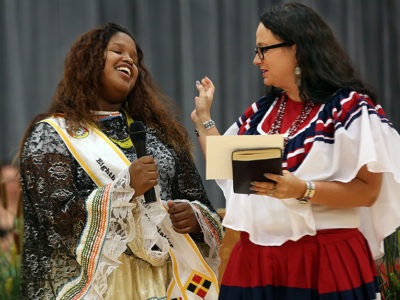 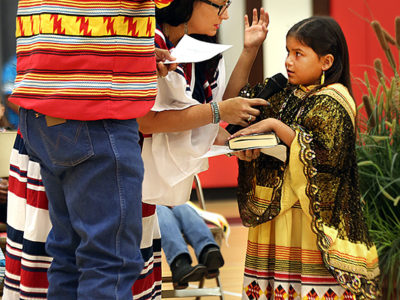 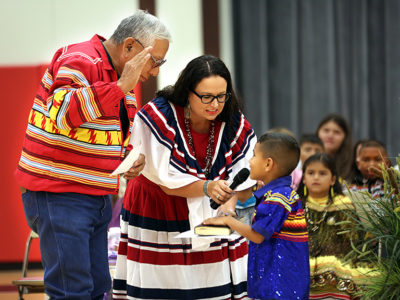