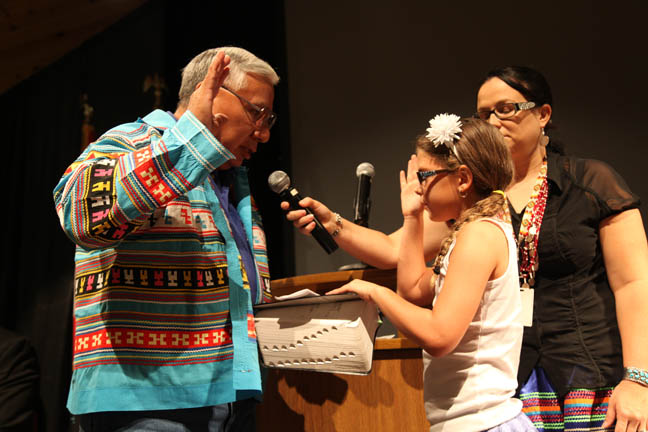 With their right hands raised and their left hands on the Bible, the 10 Student Council members repeated the oath of office as administered by Brighton Councilman Andrew J. Bowers Jr. The students were elected by their peers after they successfully entered signed petitions and made campaign speeches.

The new Student Council members each received a sash from the outgoing representatives and shook hands with Tribal officials, including Councilman Bowers and Brighton Board Rep. Larry Howard.