SHREVEPORT, La. — Justin Motlow cherished every part of the final moments in his last football game as a Florida State Seminole.

After the Seminoles walloped Southern Miss, 42-13, in the Independence Bowl on Dec. 27, Motlow sported a big smile as he put on a championship hat amid the team’s celebration on a chilly and overcast Wednesday afternoon in Shreveport, La. Motlow posed for photos with several teammates, including Brandon Barrett, Jake Duff, Corey Martinez, Jake Rizzo, and then he hopped onto the podium to bask in the trophy presentation by ESPN. On his way off the field for the final time, the first member of the Seminole Tribe of Florida to play football for FSU signed a few autographs for fans.

“It was different just because it was my last time putting on the uniform,” Motlow said as he stood near midfield at Independence Stadium after the game. “It felt really surreal having everything finally come together in this final moment. I’m just really proud of my team. All the adversity we fought through the entire season, we finished it the right way. I love everyone on this team and I’m so proud.”

FSU’s 7-6 season didn’t match all the preseason hype placed on the Seminoles as a top contender to win the national championship. The season-ending loss of starting quarterback Deandre Francois on opening night and the controversial departure of coach Jimbo Fisher to Texas A&M on Dec. 1 served as bookends FSU would prefer to forget, but the team rallied to finish with a winning record thanks to four consecutive victories during a stretch that Motlow won’t soon forget. In a homecoming victory against Delaware State in November, the 5-foot-11, 189-pound wide receiver snagged his first college reception and later scored his first touchdown on a diving catch in the end zone. The following week he saw some brief playing time in a win at rival Florida and then had one catch in a win against Louisiana-Monroe in his final game at Doak Campbell Stadium in Tallahassee.

As for the bowl game, a temperature of 40 degrees at kickoff accompanied by a biting wind forced the 33,601 spectators to bundle up in winter gear. Some players on the sideline – including Motlow – wore their hooded team jackets.

FSU led 7-6 after the first quarter and pulled away with a 23-6 halftime lead and a 33-13 cushion after three quarters.

Motlow entered the game in the fourth. The ball came his way twice on passes from quarterback J.J. Cosentino, but both fell incomplete, including one in the end zone in which Motlow dove but the ball sailed just beyond his outstretched hands. Minus a reception, the play was reminiscent of his 12-yard TD grab a few weeks earlier that carried so much significance – Motlow being the first Seminole tribal member to score for the football Seminoles – it was deemed FSU’s Play of the Season by Athlon Sports.

“It was a different play; it looked similar. Almost had another one; it was that close,” Motlow said.

Although he didn’t make any catches against Southern Miss, Motlow still enjoyed every moment of his final weeks as an FSU player.

“The past couple months have been the highlight of my career here,” Motlow said. “It showed how all the hard work paid off for these couple of moments I had out there.”

Even before the season’s first snap, indications pointed to a memorable season for Motlow. His name caught plenty of attention when it appeared in the second slot at one of the wide receiver positions on the team’s depth chart for the season opening showdown against Alabama.

Motlow didn’t see any playing time in that game against the eventual national champions. In fact, playing time was sparse throughout the four years for the preferred walk-on who arrived at FSU in 2014 after notching more than 1,100 receiving yards in his senior season at Tampa Catholic. Motlow probably could have seen more game action in college had he gone to a less prominent program, but he’s glad he chose FSU.

“Not for a second do I regret this decision. It’s been one of the most amazing experiences of my life,” he said. “I want to thank my parents (Lisa and Clarence) especially. They helped me get here and everybody that made this amazing journey possible, it was awesome.”

Although his days of pulling on No. 86 in garnet and gold are over, Motlow wants to remain a positive influence for younger Seminoles who aspire to excel in athletics.

For the season, Motlow appeared in five games with four catches for 27 yards and that one historic touchdown.

Motlow will graduate this spring. He plans to move back to Tampa and would like to work for the Tribe’s Hard Rock Hotel & Casino.

“I would definitely like to do something with public relations,” he said.

Regardless of where his future takes him, FSU football’s first Seminole Tribal member has already served the tribe as no one else before him.

“Hopefully I made our tribe proud,” he said. 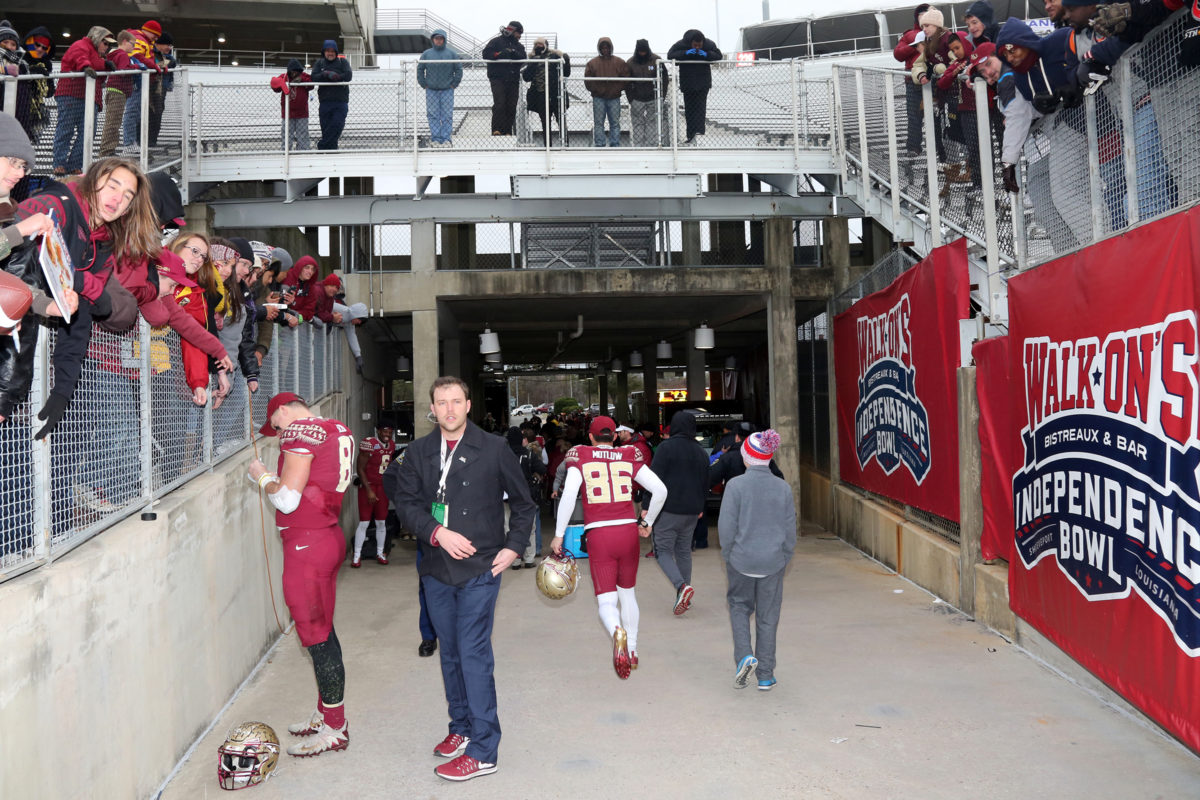 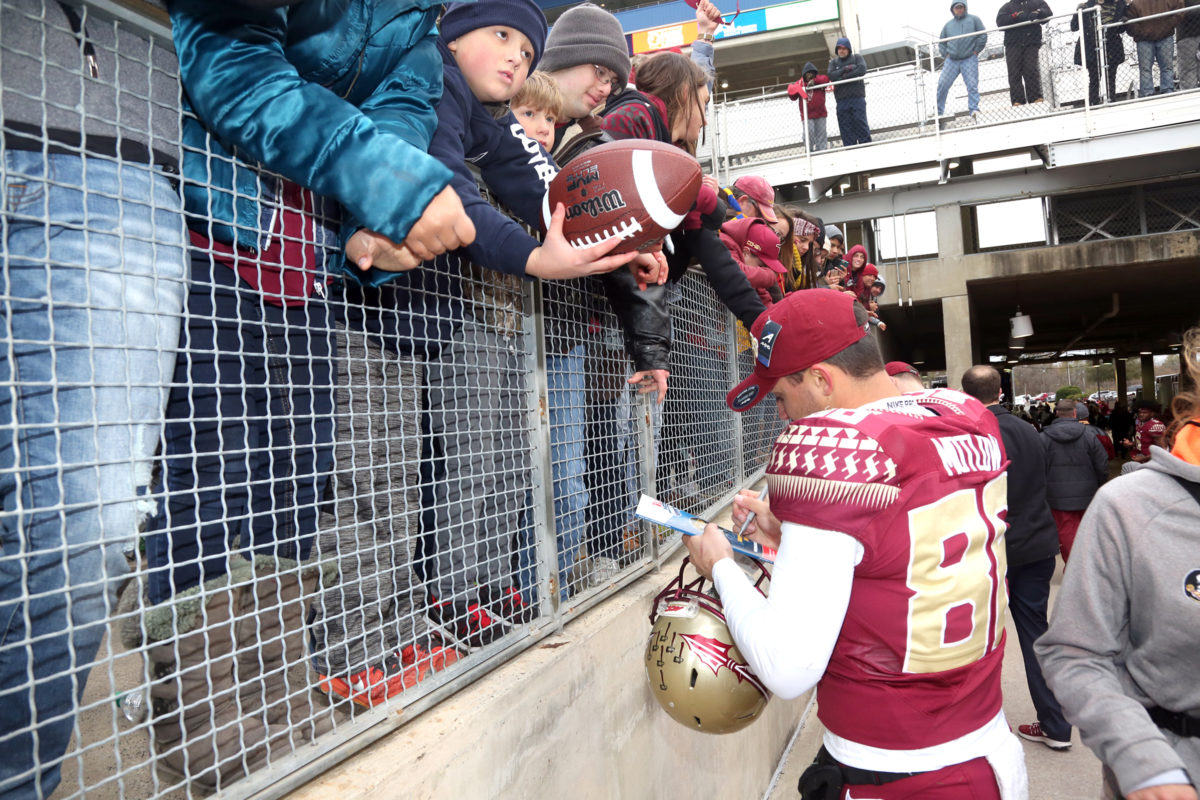 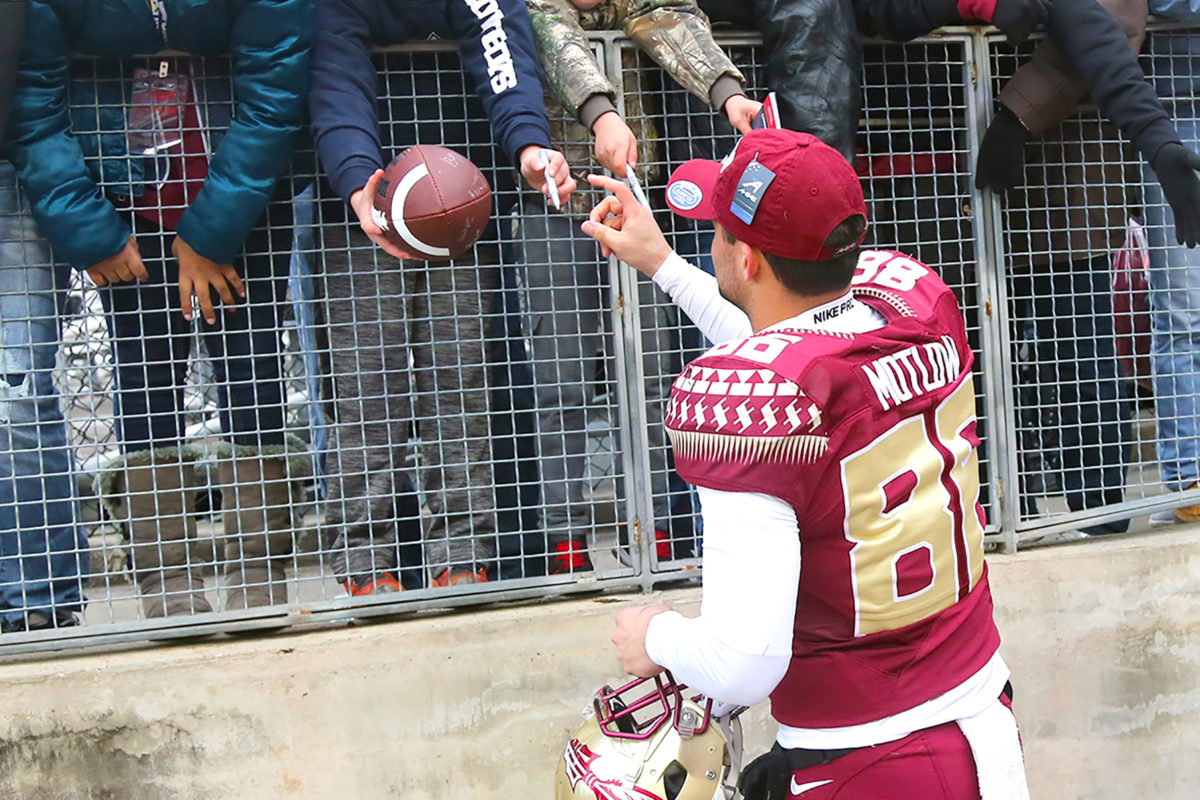 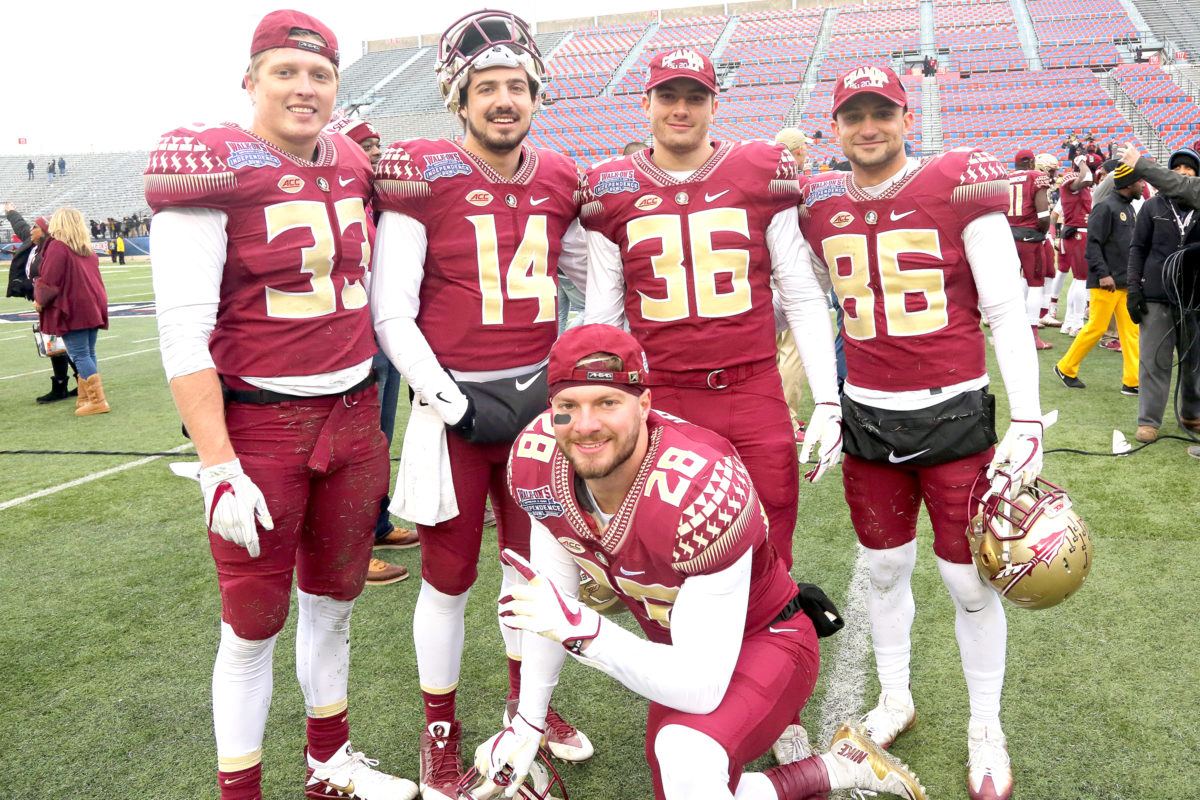 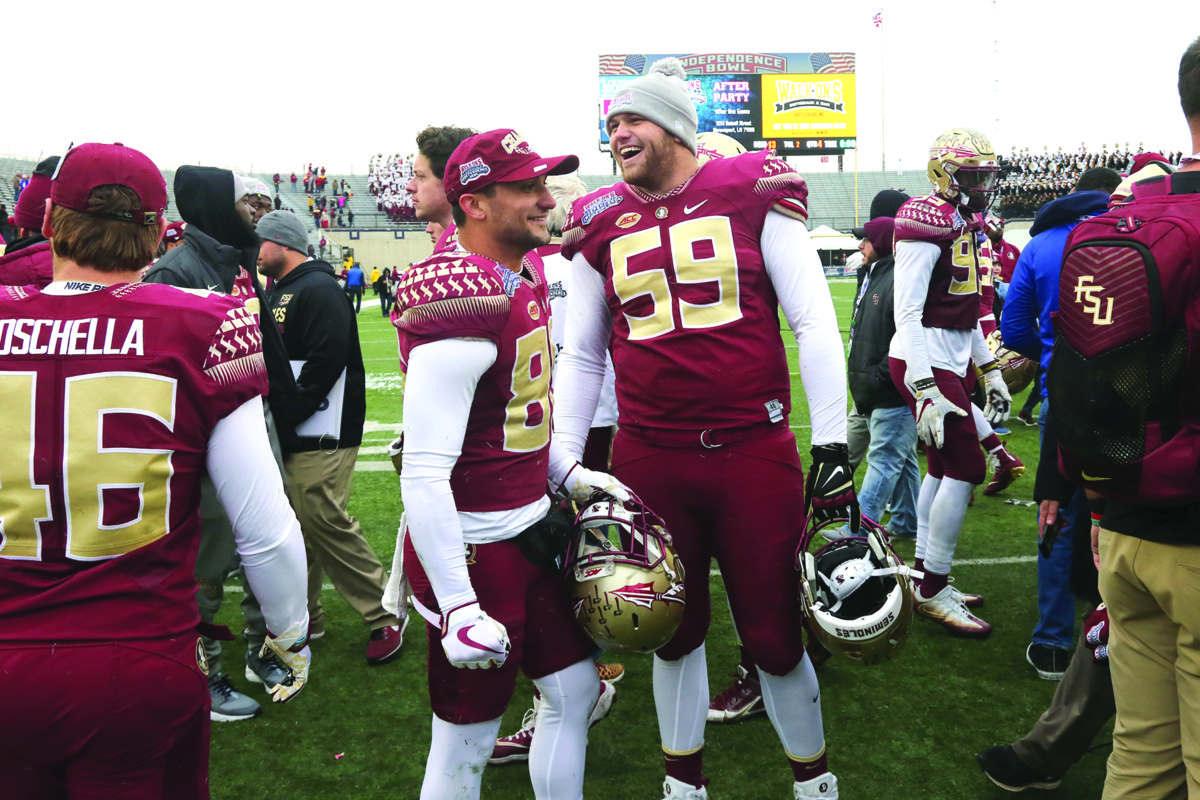 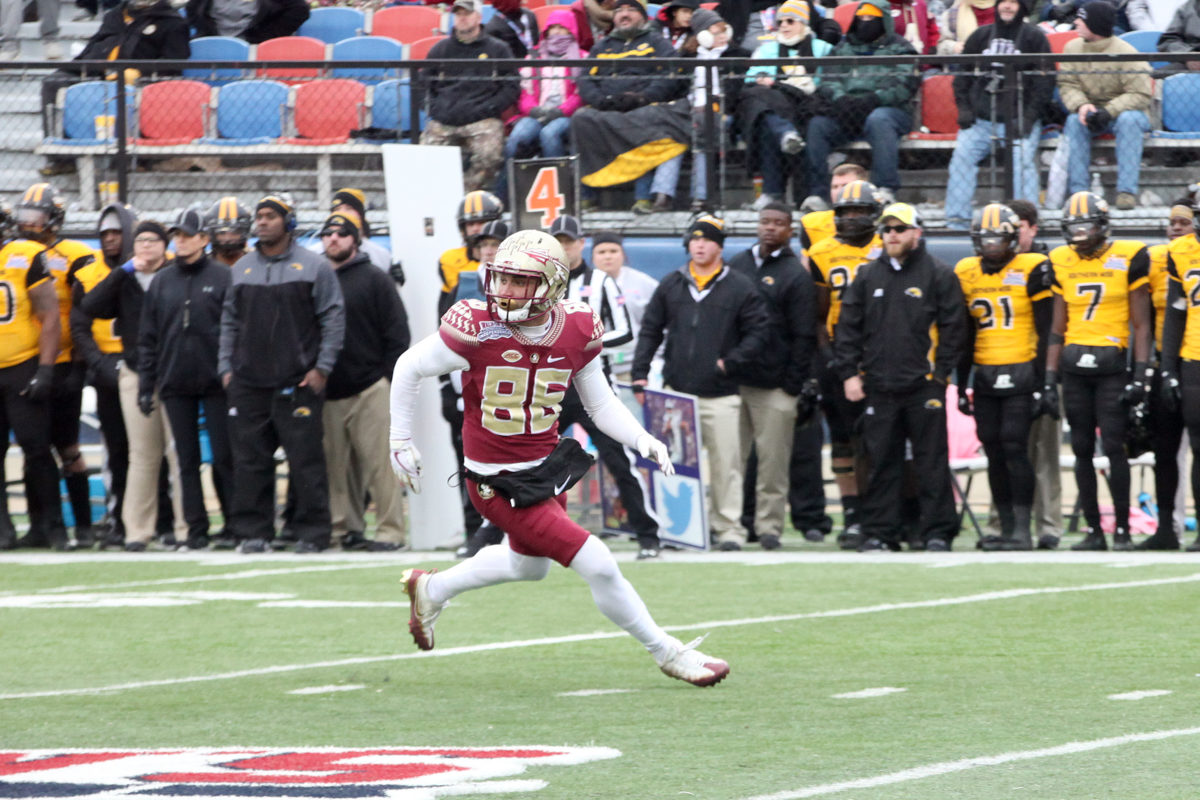 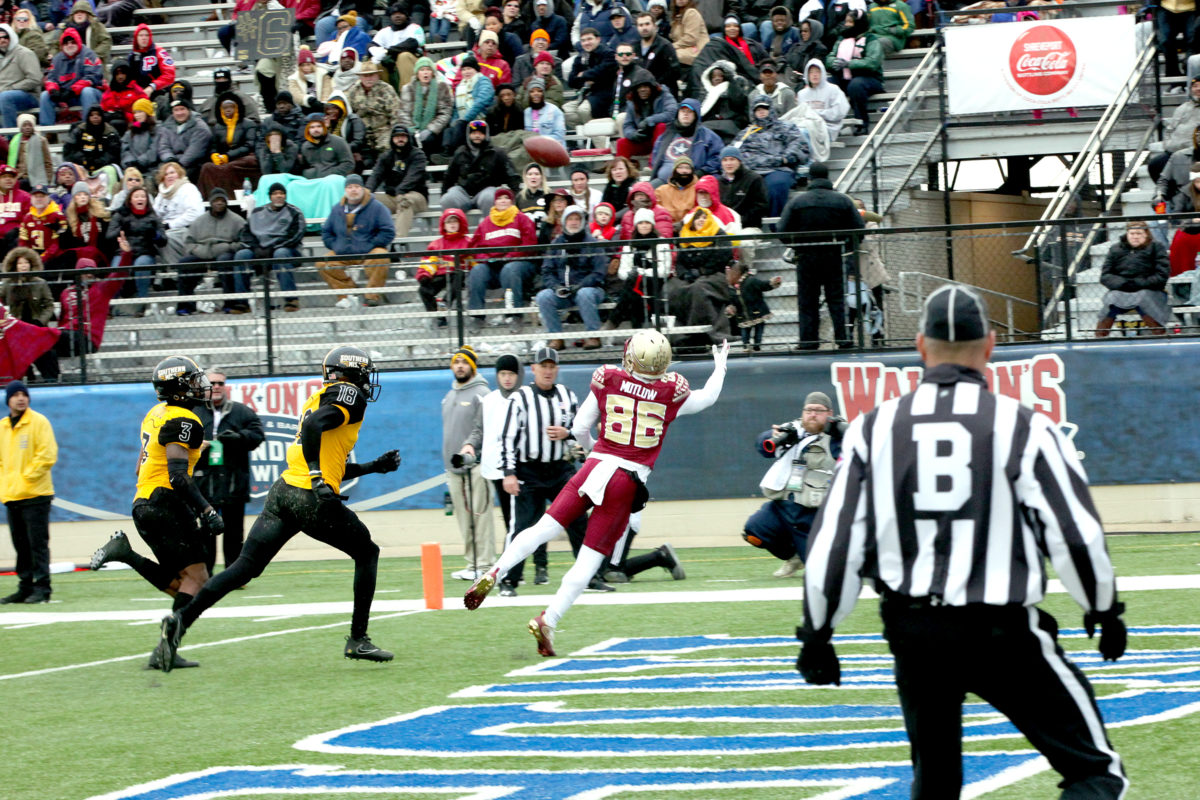 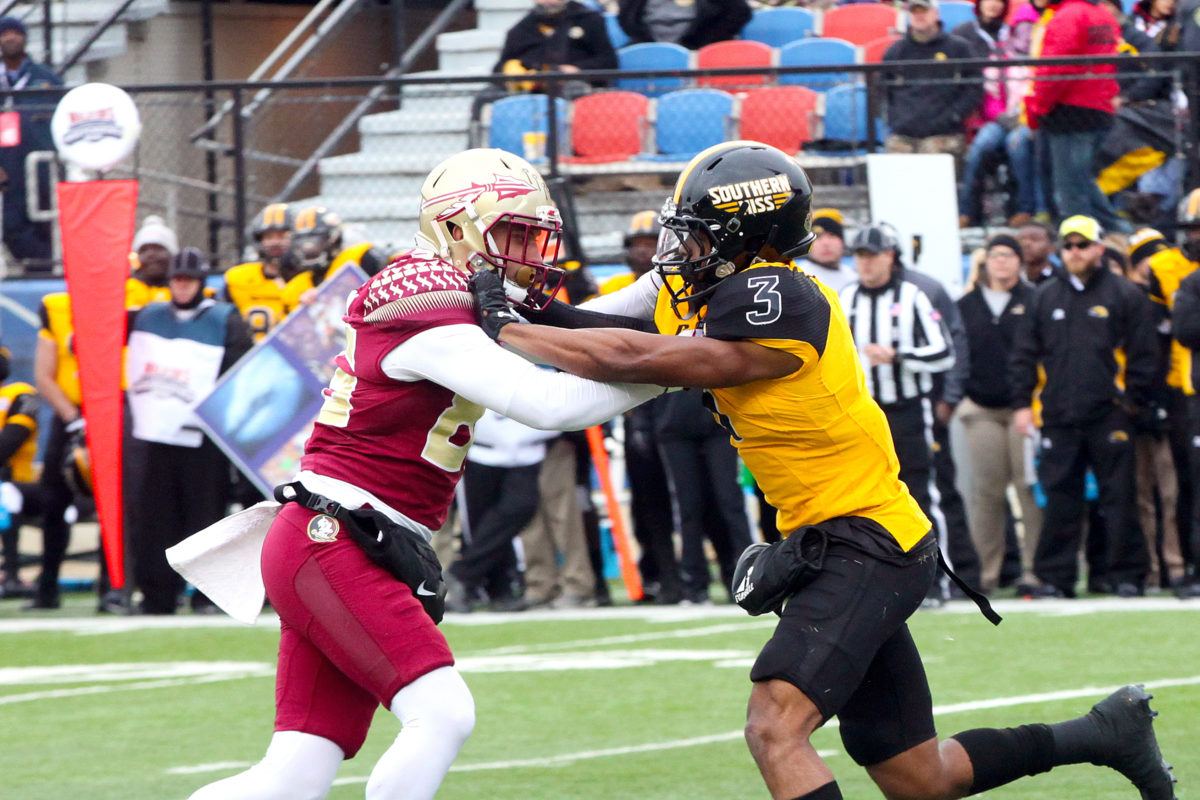 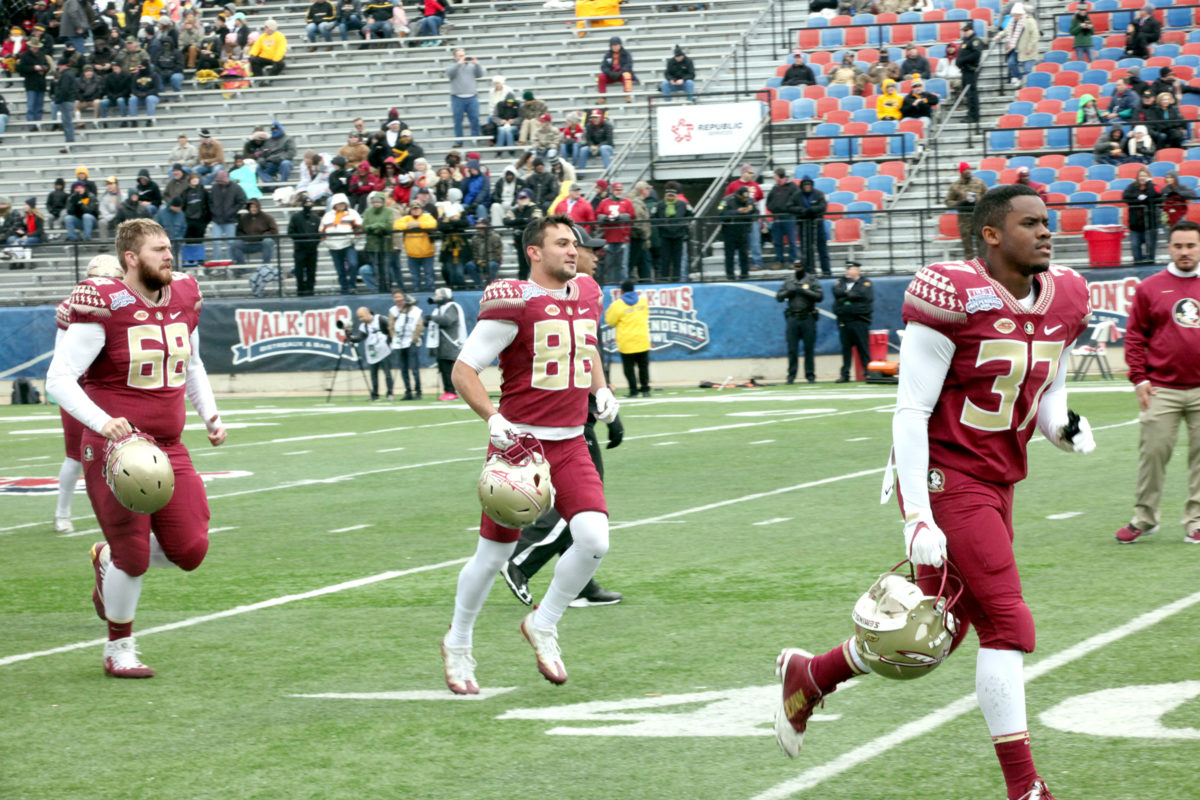 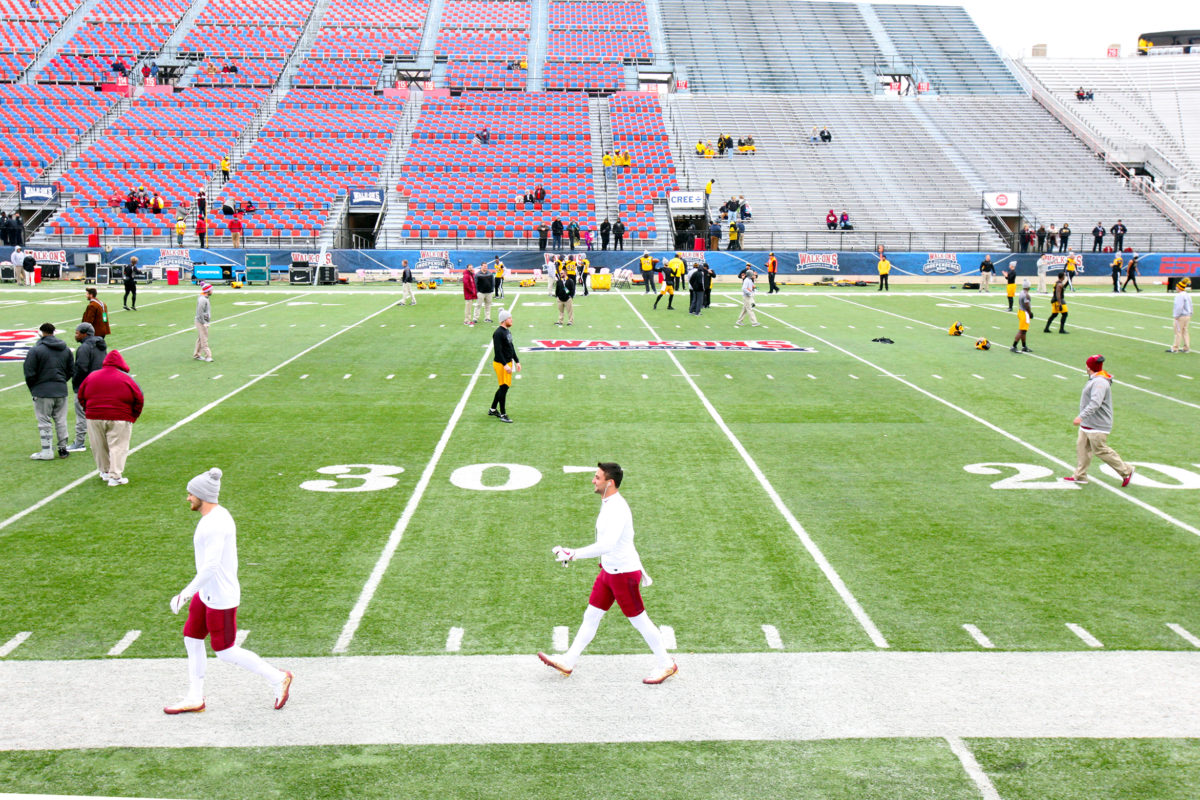