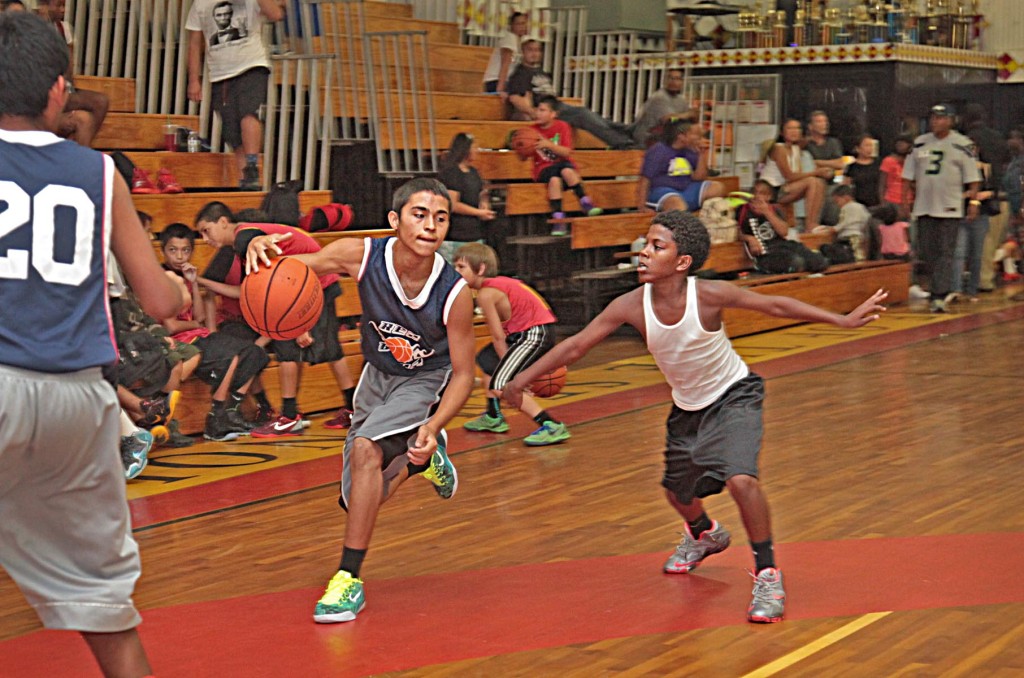 HOLLYWOOD — May Madness hit the Hollywood Gym May 16-17 in the form of basketball teams eager to win their divisions. The double-elimination tournament featured players ages 3-18.

The tournament gave kids a chance to get on the court and compete. The Hollywood Recreation Department plans to offer players more competition and hopes to start monthly youth tournaments. Most players came from Hollywood, but a few from Brighton, Big Cypress and Trail also competed.

In the 9-to-12-year-old division, Todd’s Squad beat Delray Waves # 1 for the championship. In the 13-to-15 division final, Nora’s eked out the win against Delray Waves, 27-25. In the high school battle, Hollywood Boys defeated Rez Runners, 41-36. Winning teams took home trophies and medals.