BRIGHTON — Every year, the students at the Pemayetv Emahakv Charter School learn their ancestors’ culture by living it for a day, thus gaining a tangible appreciation for the past.

At the PECS annual hands-on culture camp May 17, students in grades 4, 5 and 6 cooked lunch in the cooking chickee, carved wood using sharp knives, learned how to make lye, played traditional games such as horseshoes and cornhole, tossed skillets and hatchets and practiced their archery skills.

On May 18, in addition to what the younger kids did the seventh and eighth graders butchered a 300 pound hog, made swamp cabbage, roasted a couple water turtles over the fire, made roasted corn sofkee and learned how to create the traditional Seminole women’s hairstyle.

“We’re going to be working hard, not hardly working,” culture instructor Jade Osceola told the students. “Use your language. Today you will make lye, which is very rare. Not a lot of people know how to do it.”

Making lye was a new activity this year. Traditionally, lye was used as a thickening agent in sofkee, but today’s sofkee is usually made with baking soda instead. Lye can be used to make soap, pretzels, tortillas and other items. Culture and language instructor Ben Yahola demonstrated how it is done by using nothing but ashes and hot water.

“Respect the fire, only burn wood,” Yahola said. “It’s always best to use fresh ashes; these are from local oak trees.”

A cloth was placed over an empty pot, ladles of ashes were put on top and hot water was poured over it. Yahola let the students carry out the steps under his supervision.

“I’m bringing this tradition back to you,” he said. “You don’t have to use baking soda for sofkee. Use your language, too. We are trying to keep what we have left.”

Seminole Creek was heard throughout the day. One student, who was busy making fry bread dough saw a bird and used the Creek word for bird to point it out to a nearby teacher. That sparked a conversation in Creek and some English among the students and teachers at the work table. Plenty of laughter was peppered in for good measure.

Living in the 21st century makes it hard to get away from modern conveniences. When the sky darkened and storm clouds loomed, the lightening alarm sounded. Students were sent safely inside the Fred Smith Rodeo Arena, where horseshoes and cornhole games were already set up.

That left the culture staff and volunteers to have the authentic experience of finishing up the cooking despite the thunderstorm. Although water found its way into the chickee through a few holes in the thatch, the fire stayed strong and the food was cooked.

As skies opened up, the deafening sound of rain on the arena roof drowned out the sounds of the students inside. During a break in the deluge, the food was brought into the arena one pan at a time, including a steaming cauldron of sofkee. The girls served, lunch was consumed on the bleachers and the students then went back to school.

The following day, seventh- and eighth-graders took over the camp. The students spent the morning learning to butcher a hog, roast corn and grind it for sofkee and get to the tender hearts of the cabbage palm to make swamp cabbage. After the feast, which of course centered on pork, the eighth -grade girls learned how to create the traditional hairstyle of their ancestors.

Alice Sweat and Jennie Shore taught the girls how to style the hair and had each one tackle it, with some help from other volunteers. The students were each given a crescent-shaped piece of cardboard, a hairnet and plenty of bobby pins.

“The boards used to be made of thin plywood,” recalled Onnie Osceola. “They were very stiff and hard to cut. My mother used to wear it every day.”

The consensus among the elders was that the hairdo served as decoration but also had an important function: to provide shade.

To create the iconic style, the hair is gathered into a ponytail on top of the head. The board is placed at the hairline and the hair is carefully wrapped around it, secured with pins and covered in a hairnet to keep it in place. It sounds a lot easier than it is. Once the hair is on the board, it must be fanned out to cover it, which proved to be tricky for some of the girls to perfect. However, with help they all managed to get it done.

“It takes the hair off the neck and gives you a breeze,” said Virginia Garcia, 14. “It feels way better. I also like it because it’s a tradition that we should be proud of.” 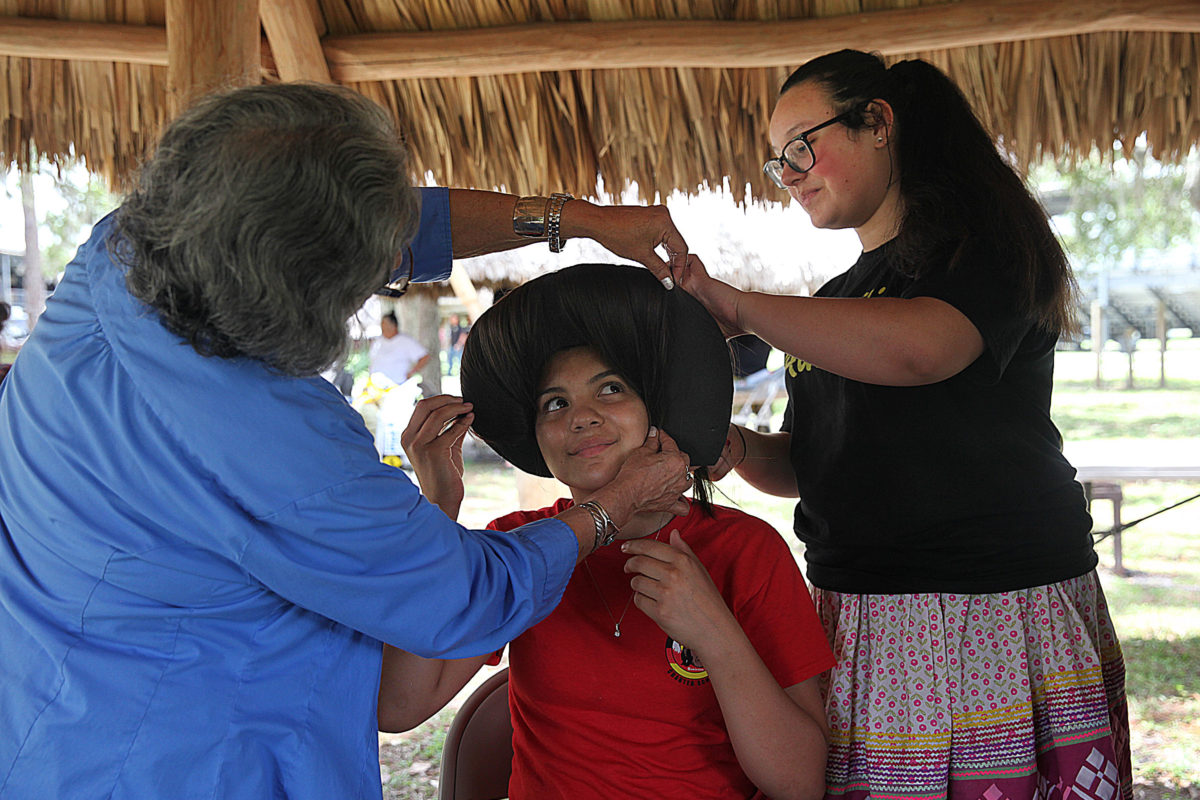 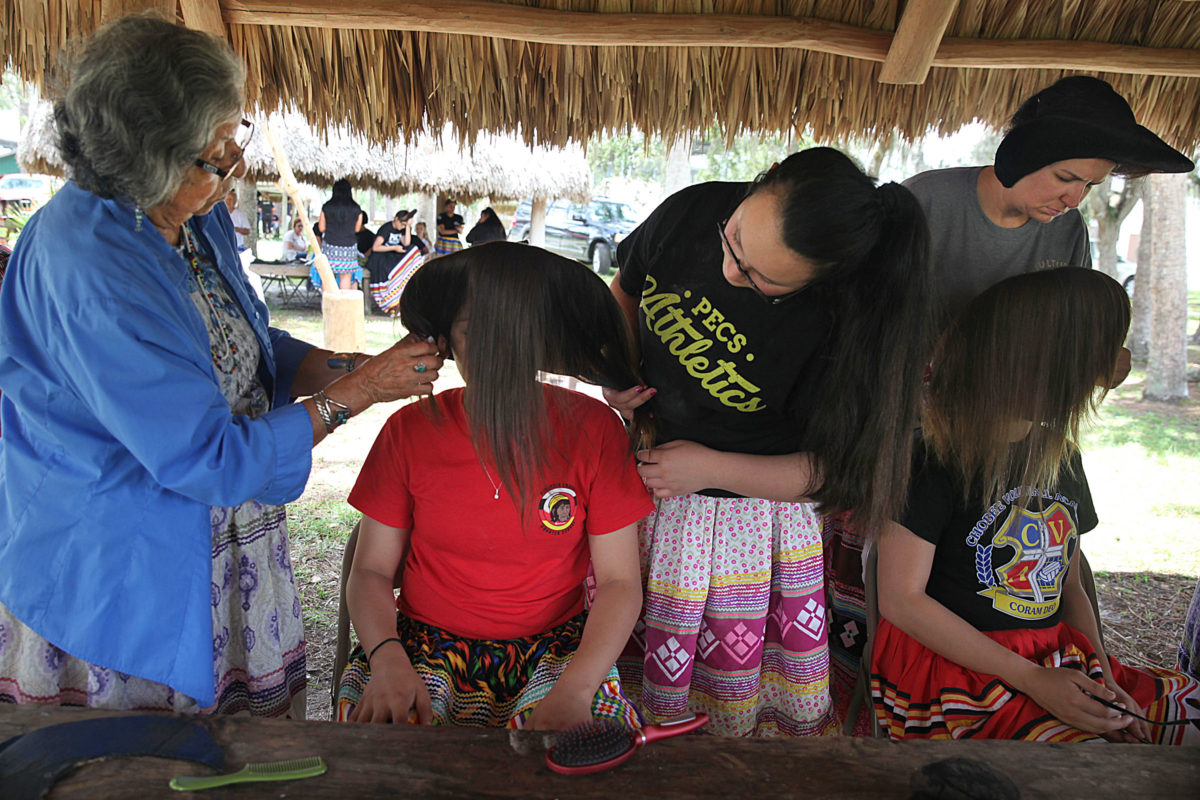 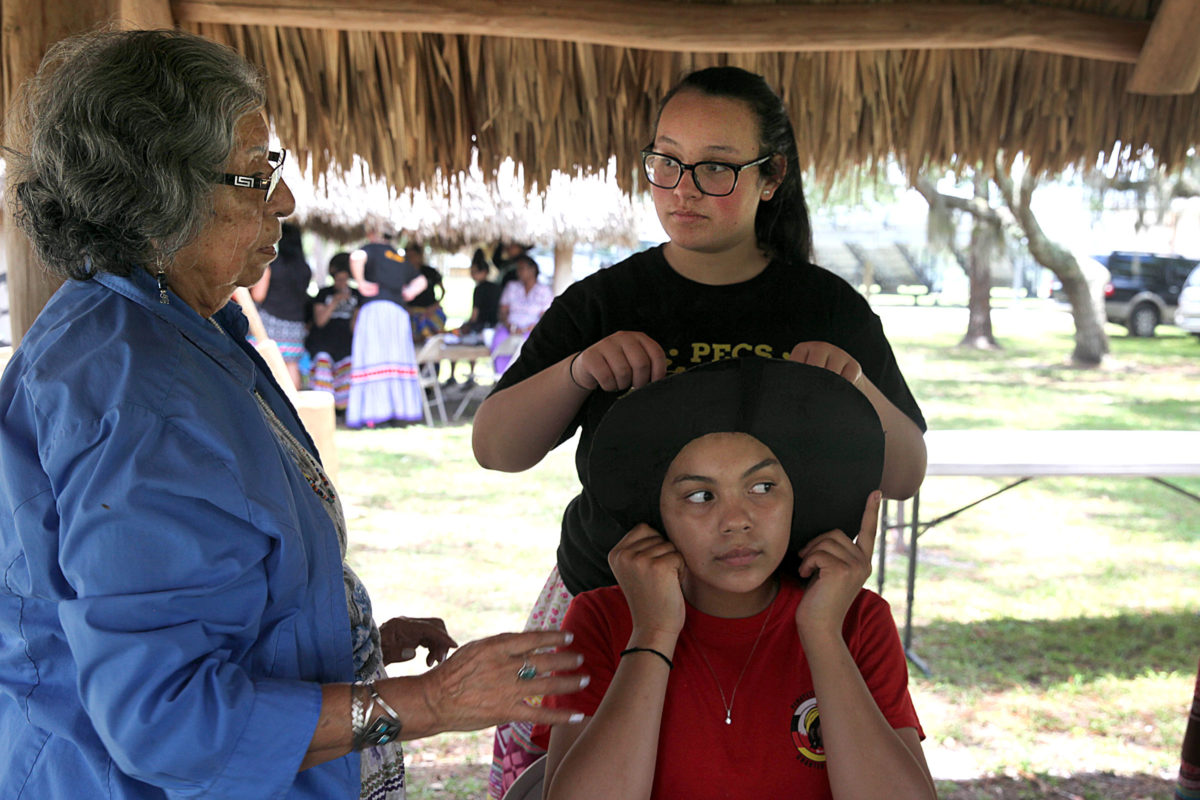 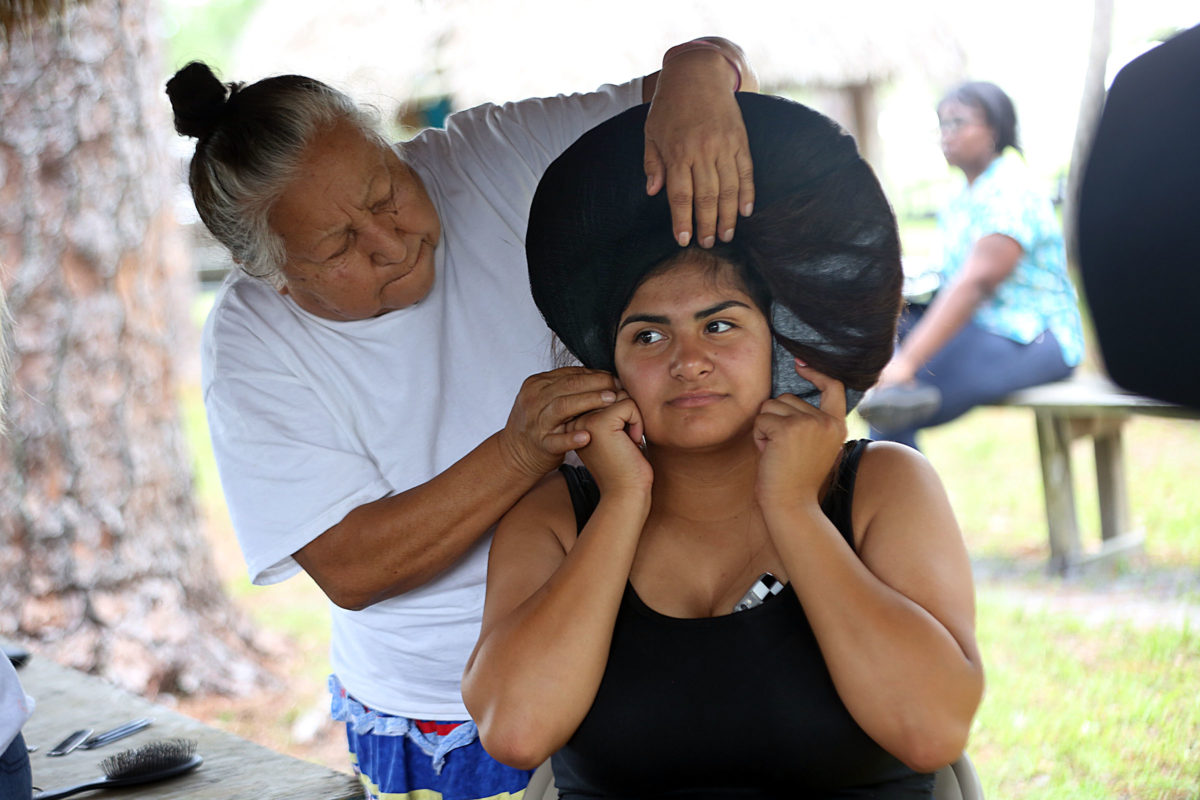 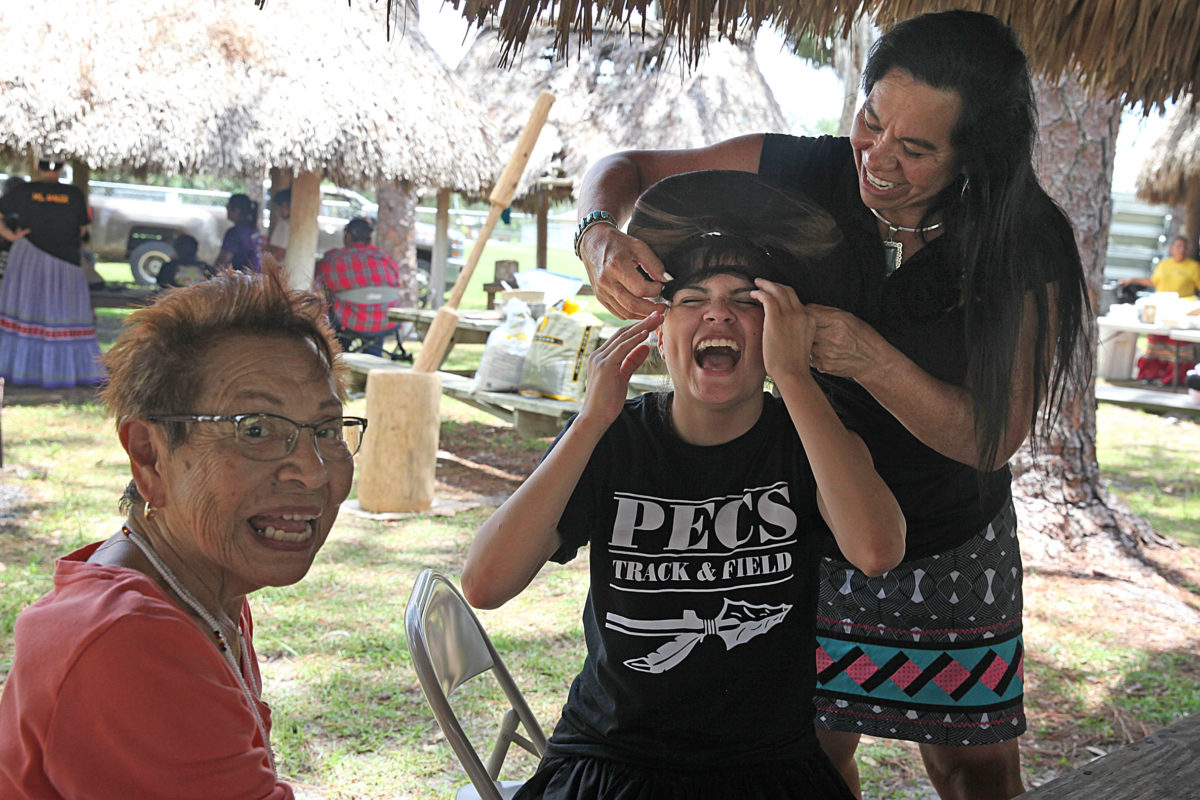 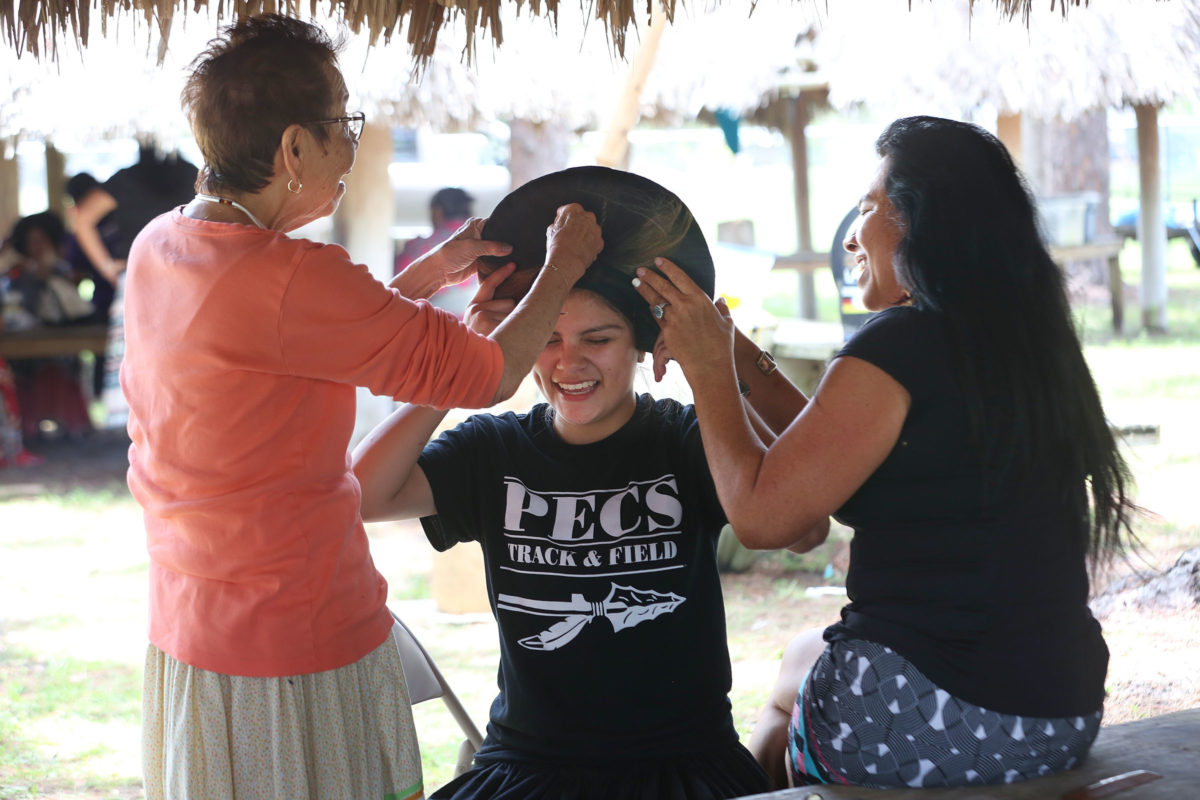 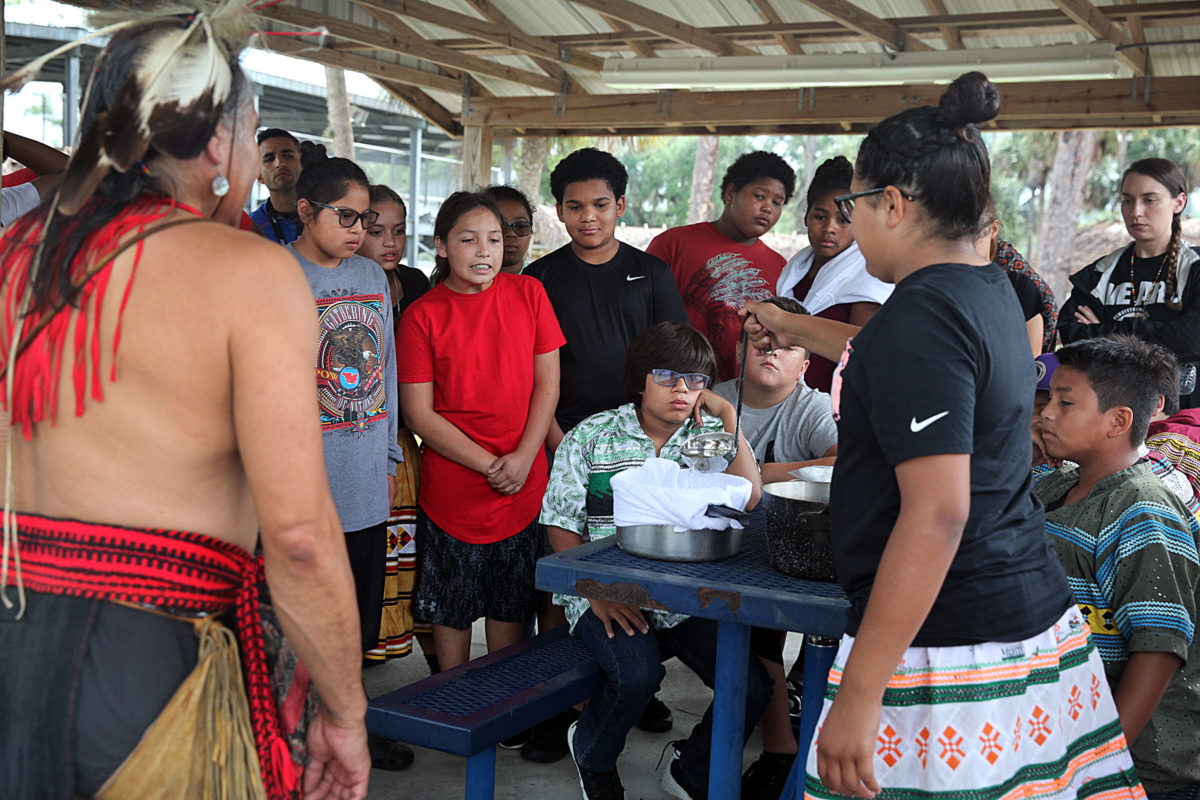 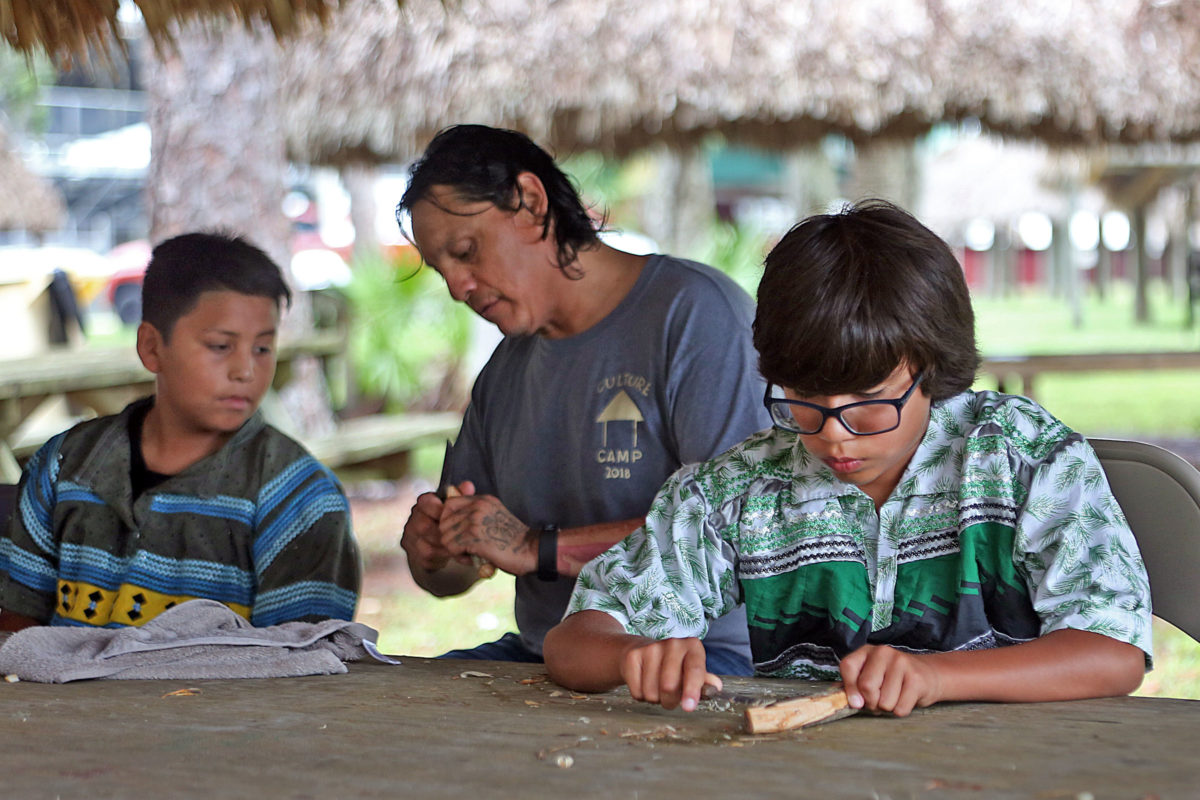 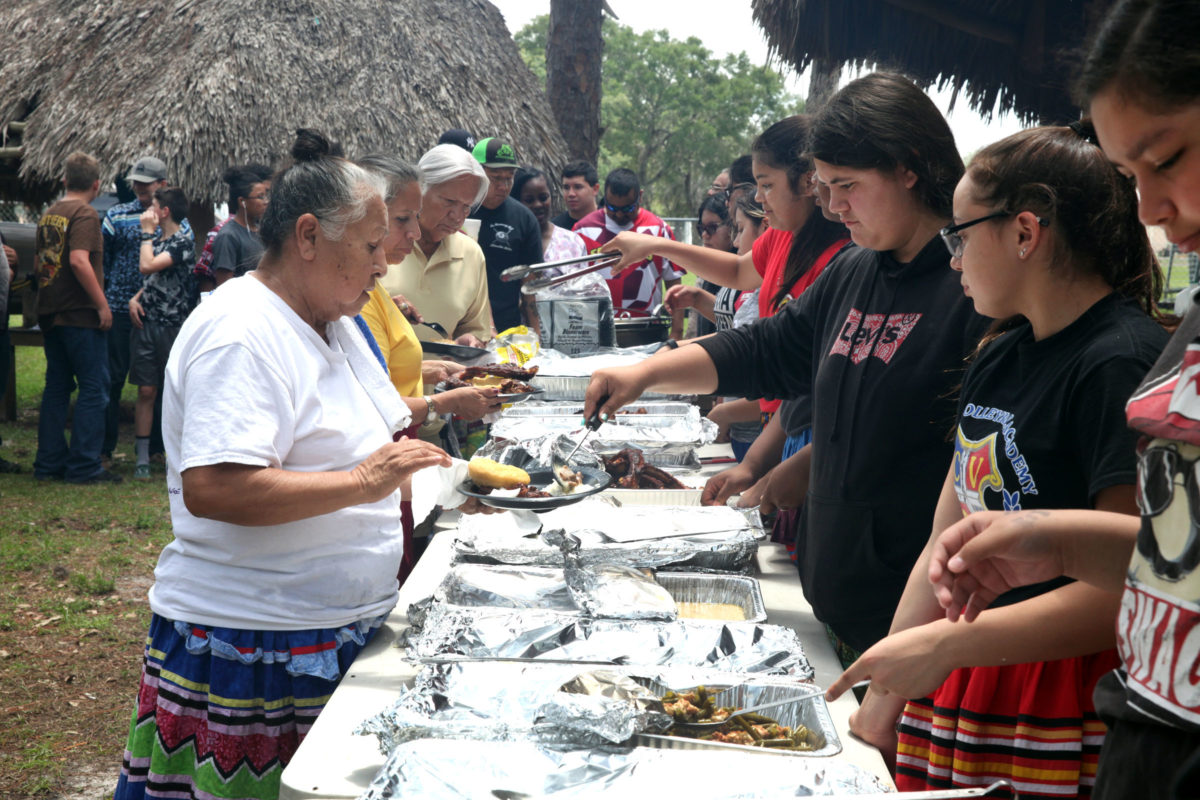 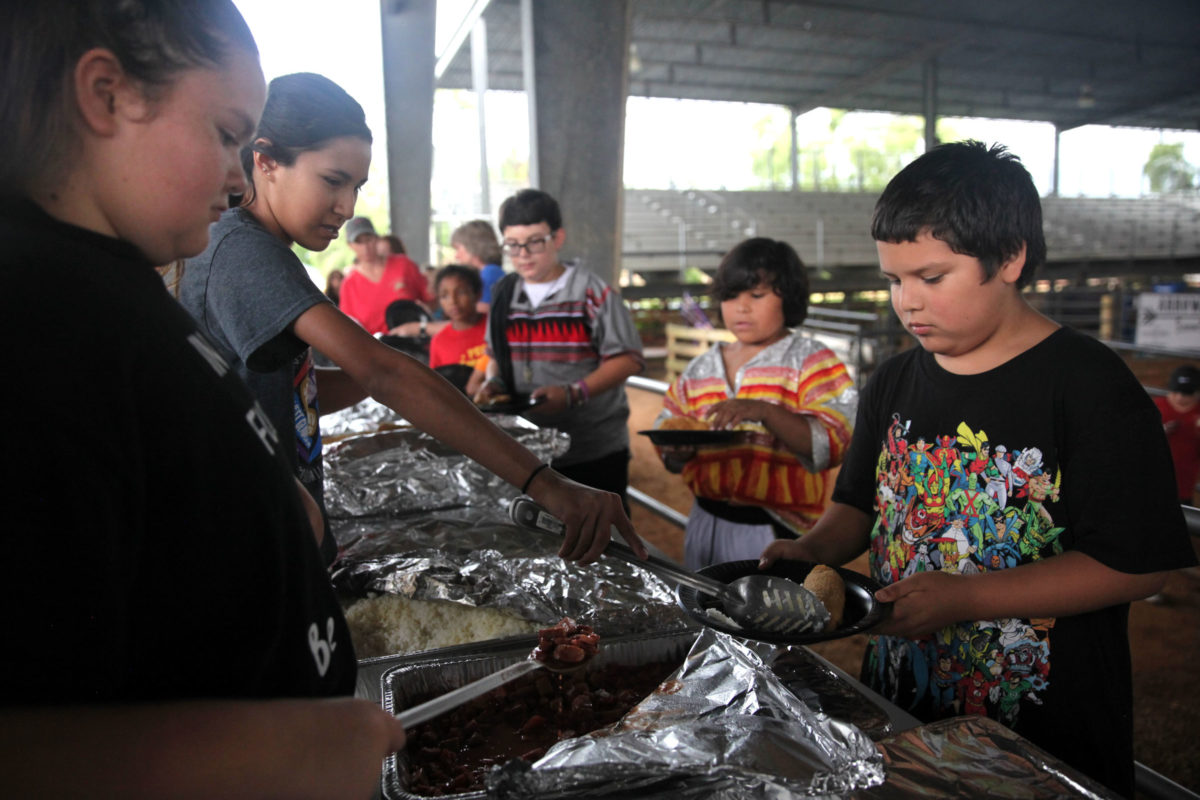 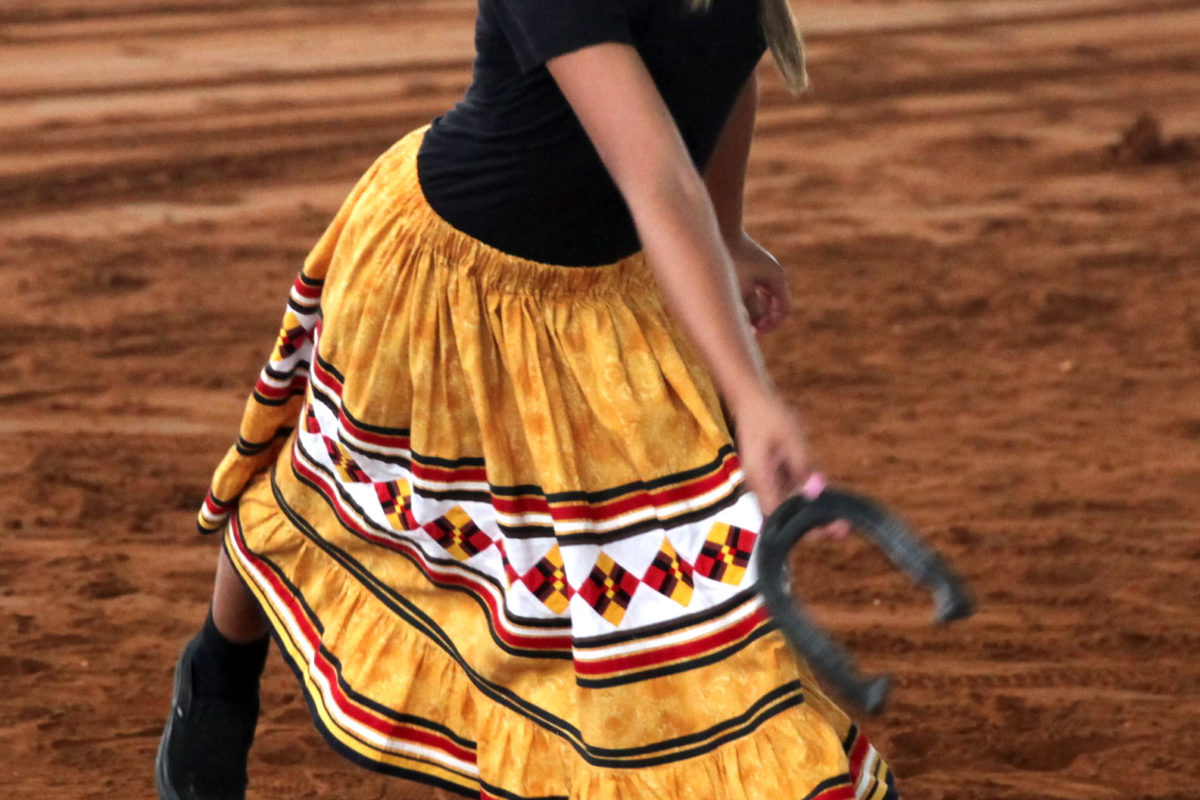 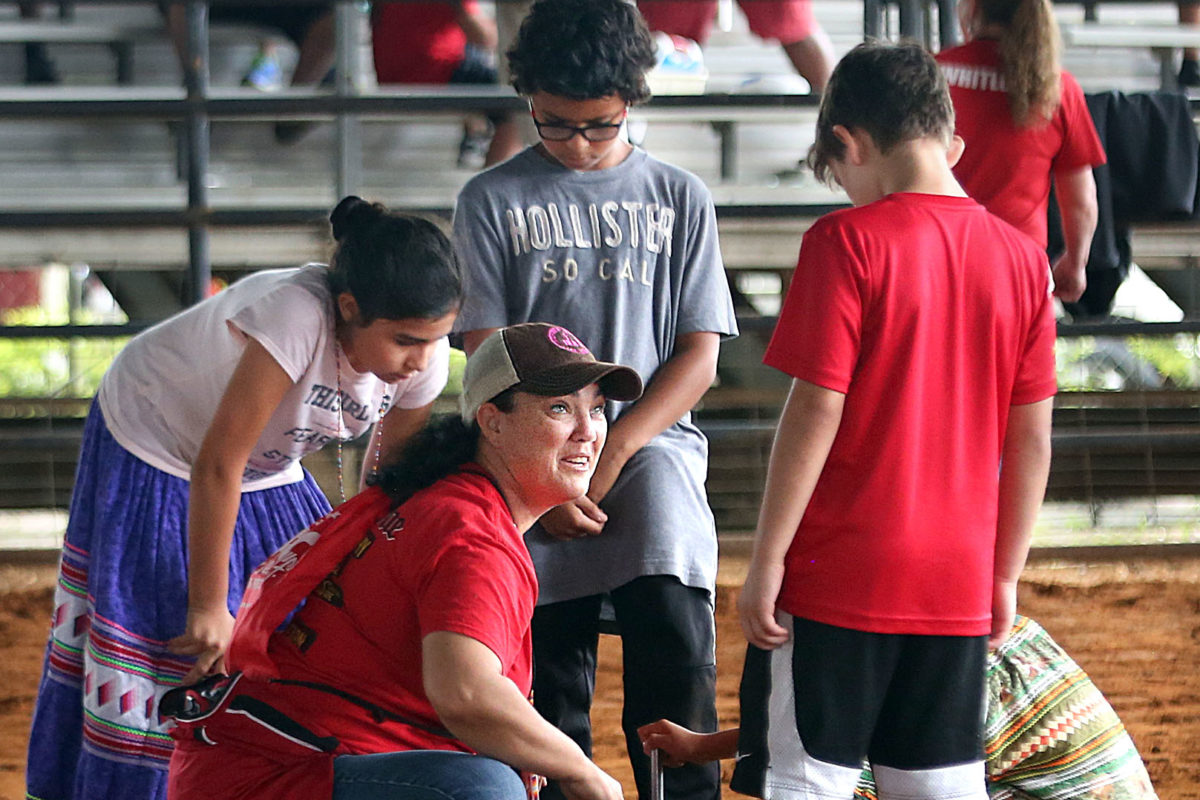 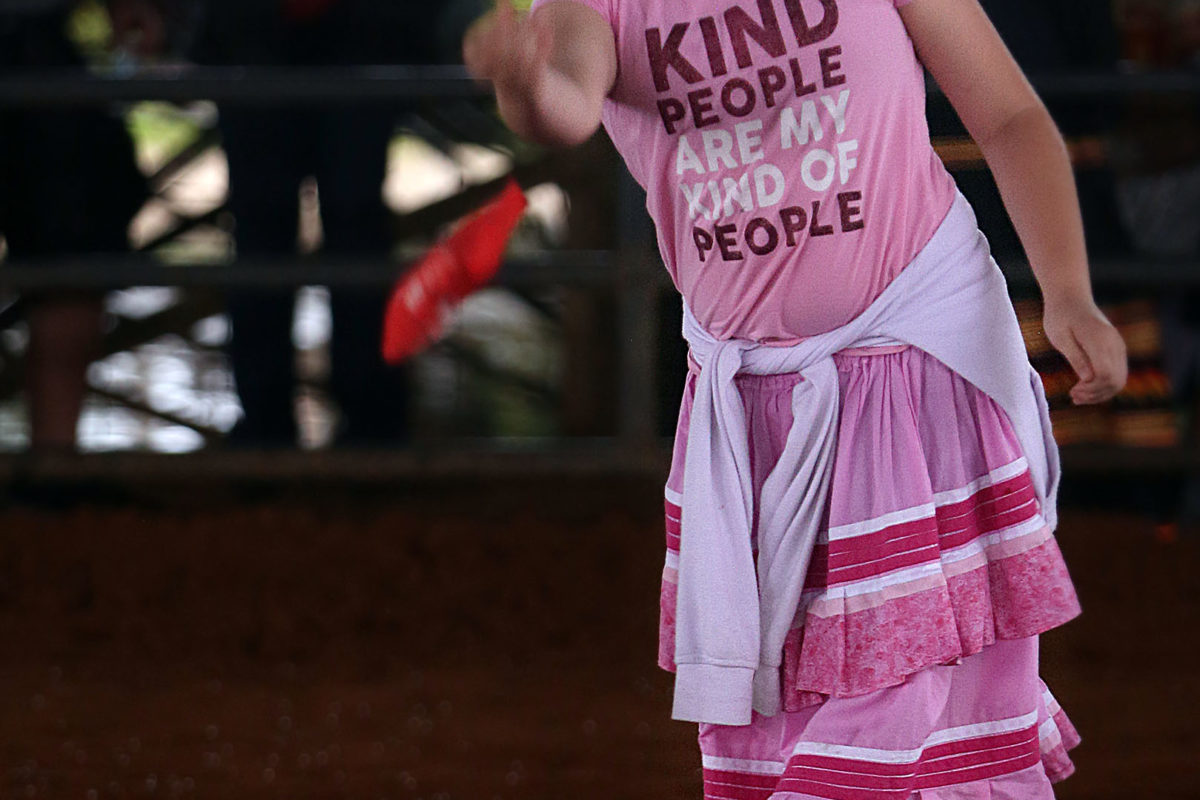 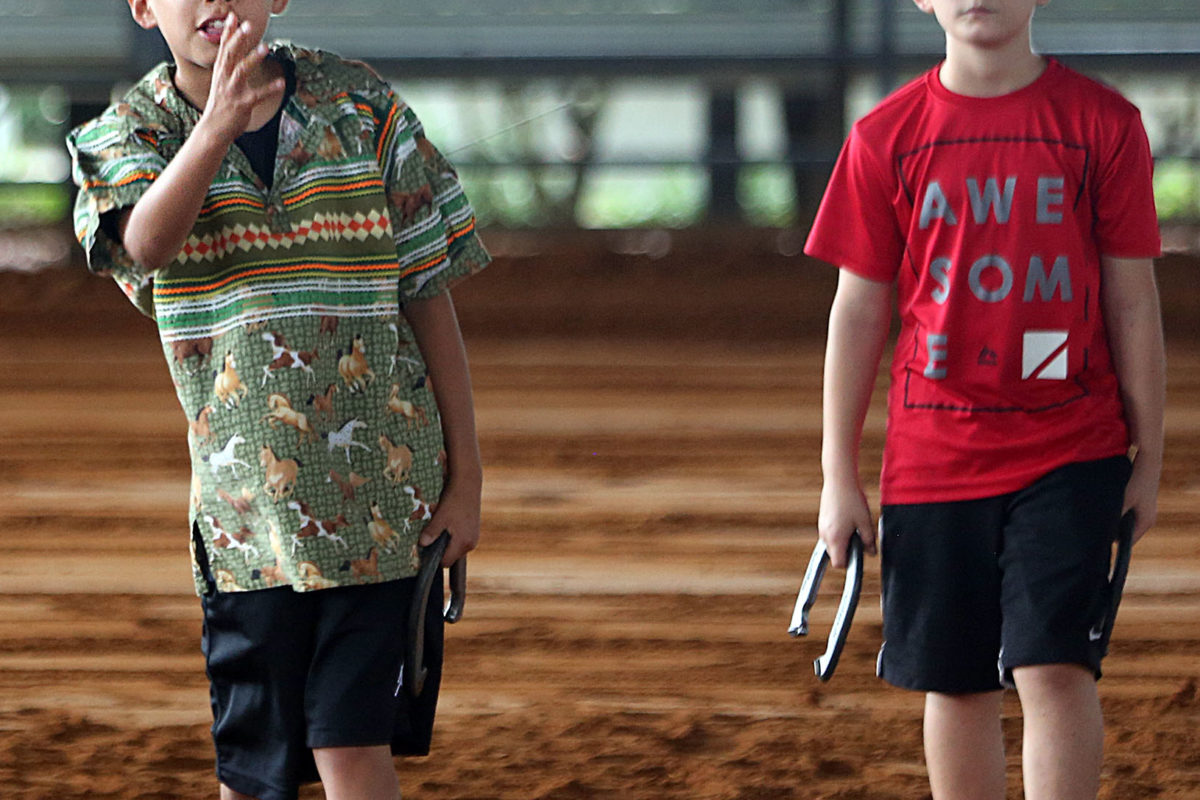 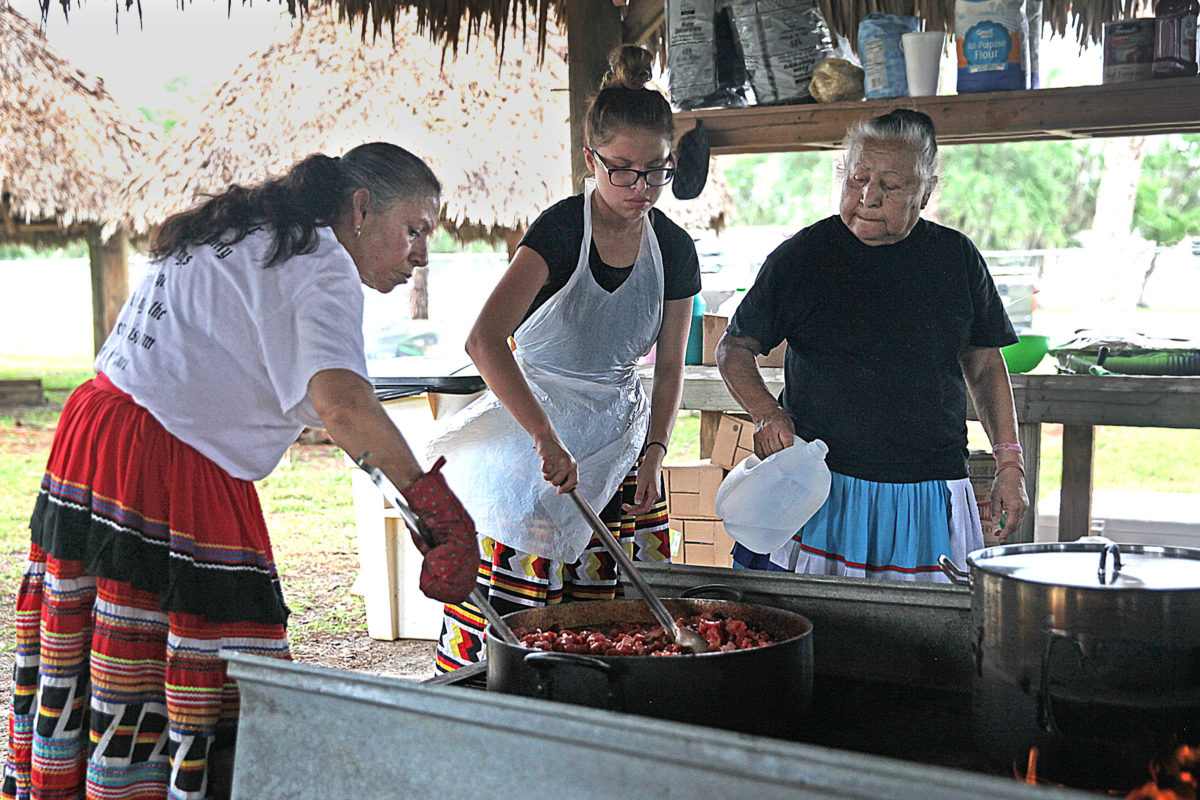 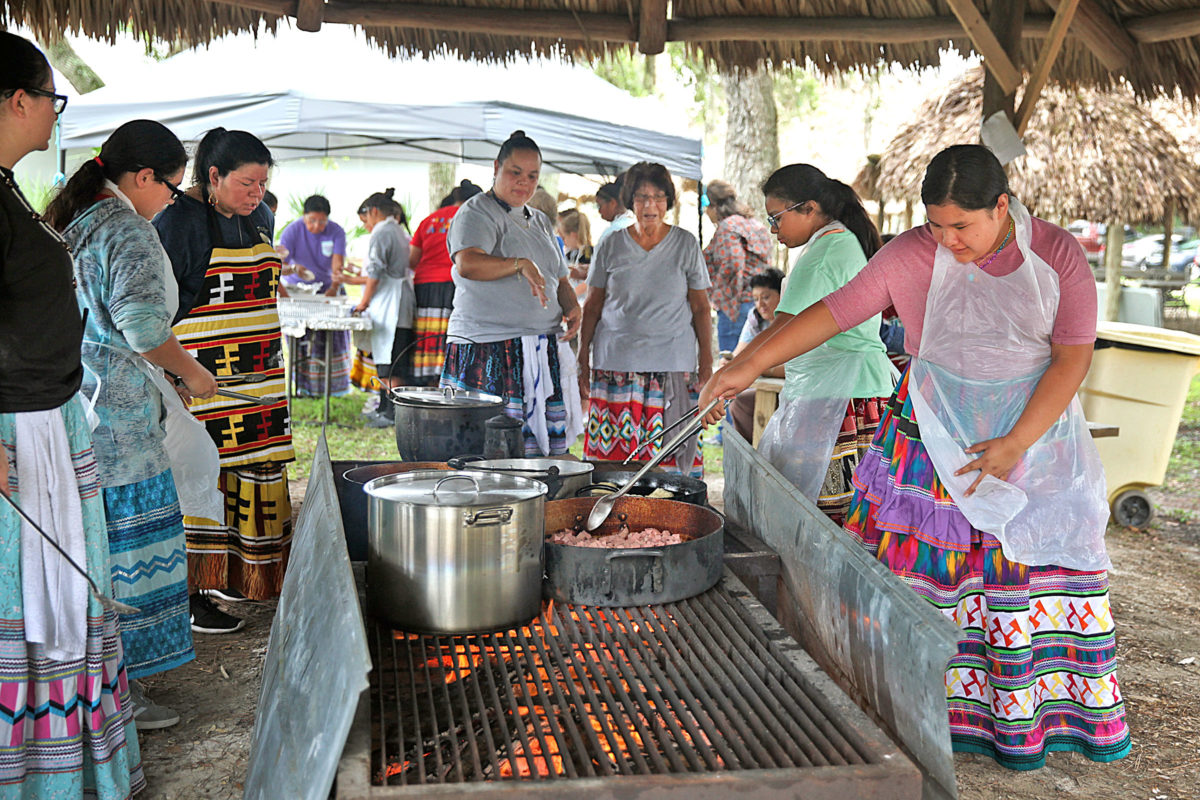 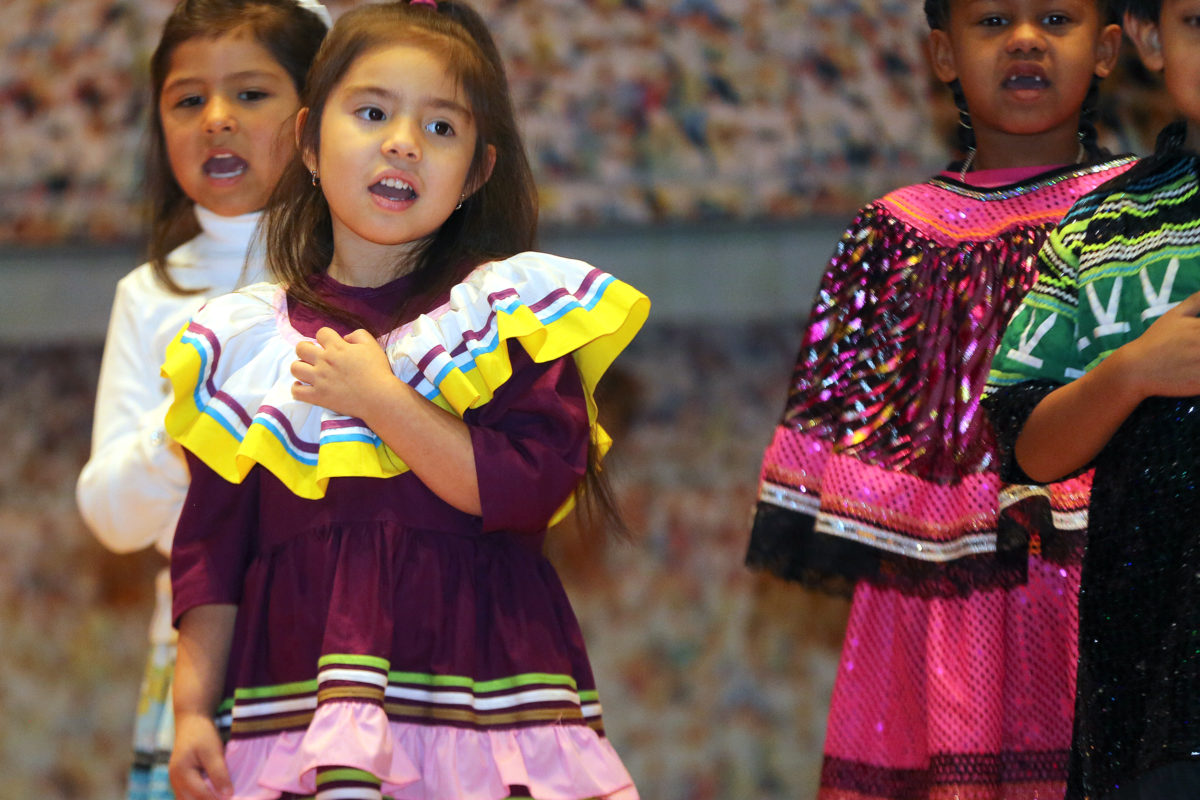 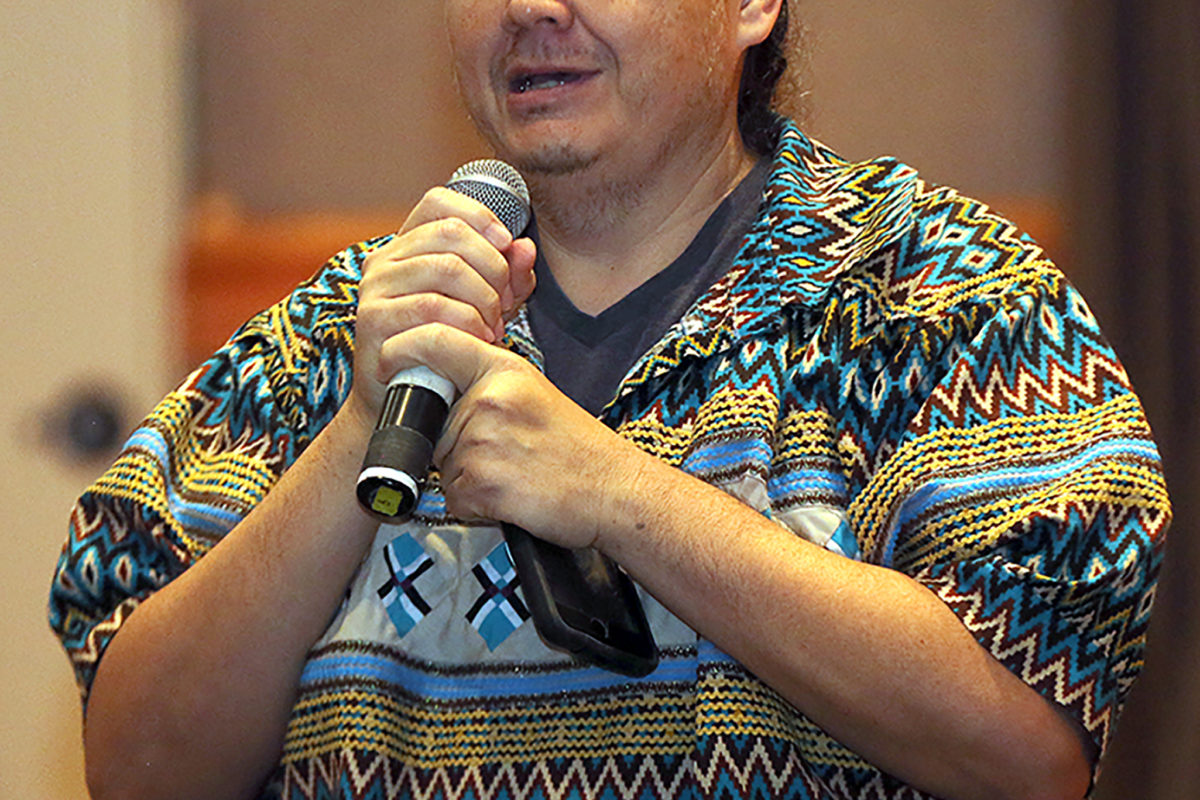 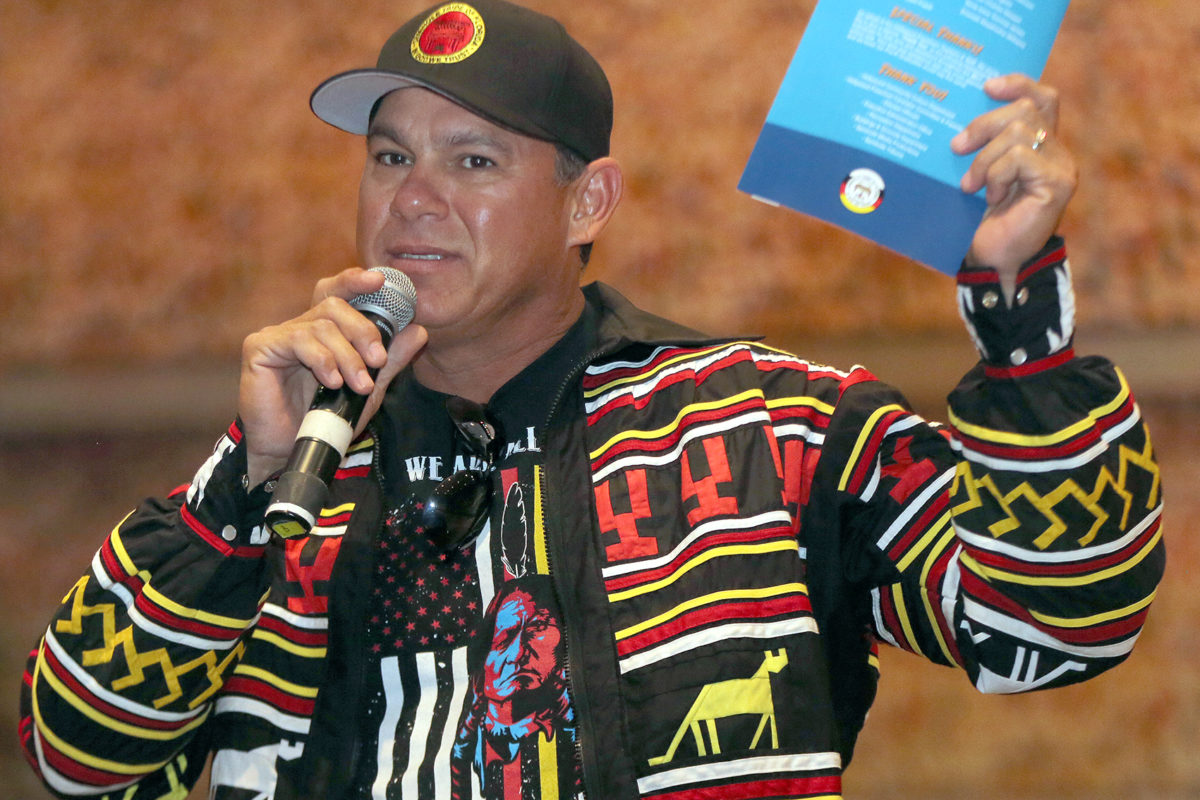 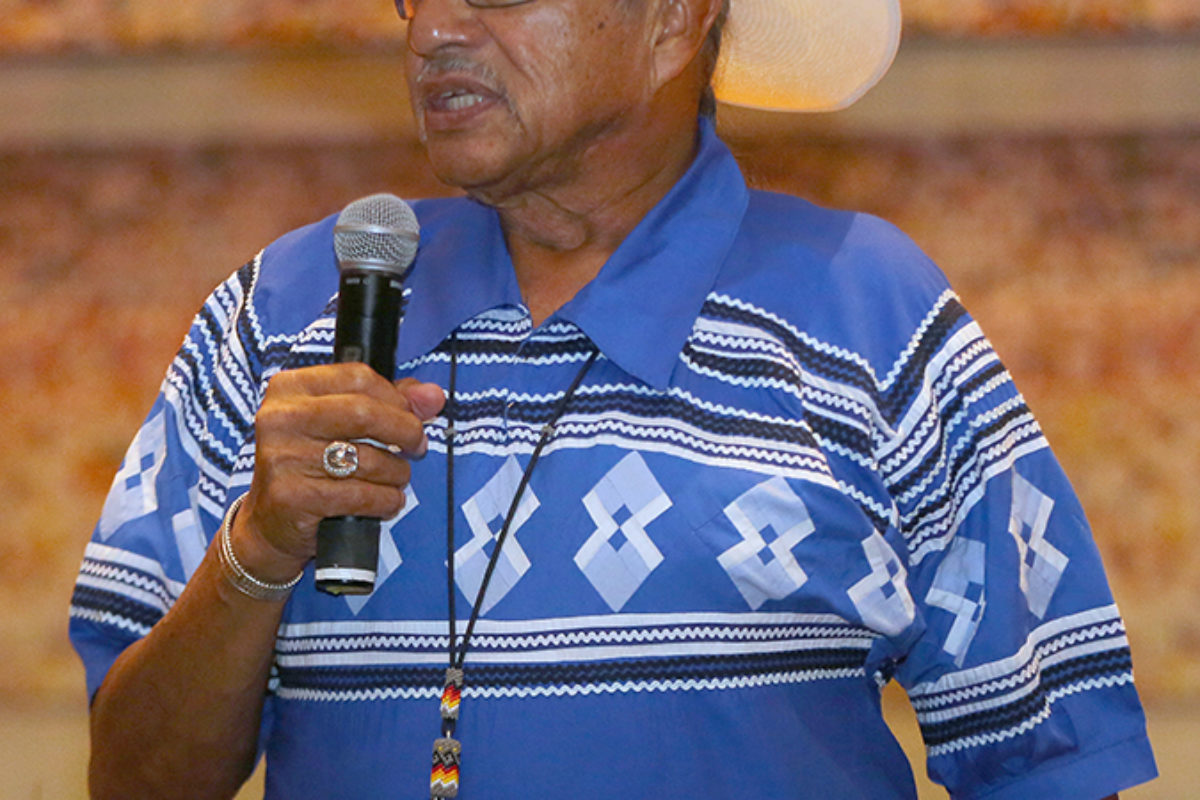