Skip to content
You are here
Home > News > Inauguration ceremony held for Council, Board

Tribal Council and Board.

Under a giant white tent at the corner of Stirling Road and U.S. 441 on the Hollywood Reservation, Johnna Blackhair, deputy regional director of BIA’s Eastern Regional Office, officiated the oath of office to Big Cypress’s Councilman Manuel Tiger and Board Rep. Joe Frank, Brighton’s Councilman Andrew J. Bowers Jr. and Board Rep. Larry Howard and Hollywood’s Councilman Chris Osceola and Board Rep. Gordon O. Wareham. The officials won seats in an election May 8.

Chairman Marcellus W. Osceola Jr. and President Mitchell Cypress also participated in the ceremony. President Cypress said he is confident that the Council and Board will keep moving forward and make positive changes.

“In a community, you have to be active and participate in all kinds of activities. You have to be a people person,” President Cypress explained. “People picked the right guys to represent their communities…I think we can all work together and accomplish the goals that lie ahead.”

Like many Seminole gatherings, unity rang as a strong theme throughout the event, as leaders and other speakers encouraged the community to work as one to succeed in the future while remembering the roots of the Tribe. In emphasizing this ideology, Pemayetv Emahakv Charter School and Ahfachkee School students paid homage to Seminole ancestry by reciting the Seminole Pledge in Creek and Mikasuki, respectively. Additionally, members of Brighton’s Native Voices and Hollywood’s Chickee Church sang hymns in Creek and Mikasuki.

S.R. Tommie, a member of the Bird Clan and emcee, said the inauguration is special because it took the Tribe many years to succeed. She described when Tribal elders discussed the future of the Seminole people, years ago, they decided the fate of generations to come with confidence, passion and the reverence of wanting to see the Tribe grow and prosper.

“The family tie that holds us is unbreakable. We have a culture that is very much intact…We appreciate those who allow us to do what we are able to for our future generations,” she explained. “Their blood runs deep in the veins of every Seminole Tribe member who is here today.”

As demonstrated through Yvonne Osceola, this blood continues to run and create life in the Tribe. As the daughter of the late Bill Osceola, who was a major proponent of Seminole Tribe sovereignty in the late 1950s, she explained during her invocation at the ceremony that the Council and Board members decide and create the future of the Tribe. She urged attendees to put differences aside and move forward in working toward goals.

“Leadership means a lot. Even if you didn’t vote for some of the people, they still represent you. It’s time to drop whatever hatred or ill feelings there are and go on and help one another,” she said. “We are the Seminole Tribe. The unconquered Seminole Tribe.” 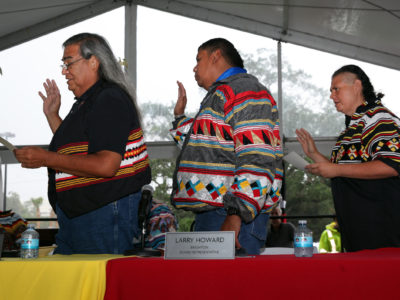 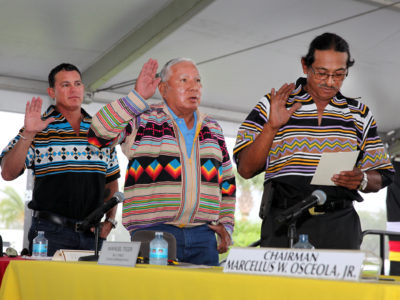 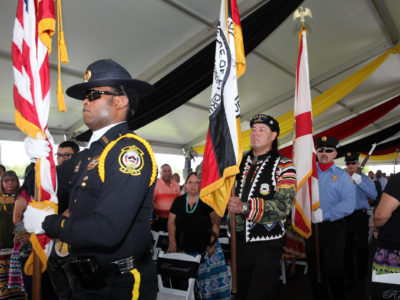 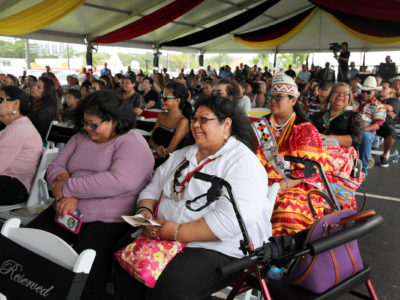 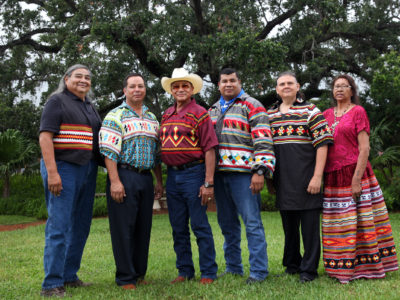 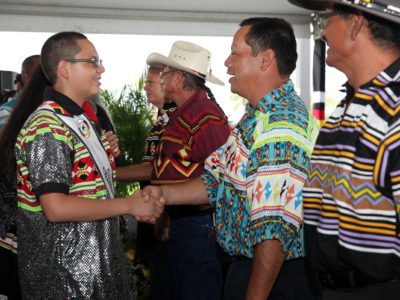 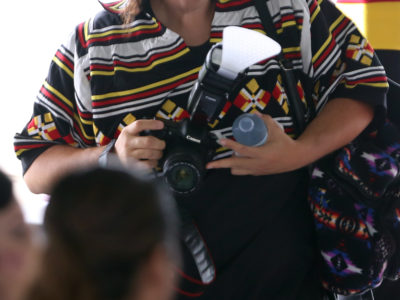 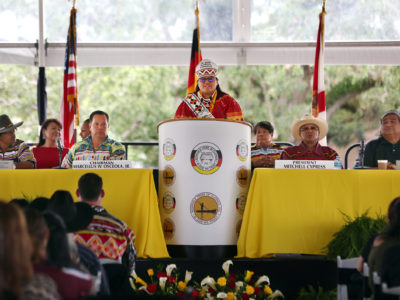 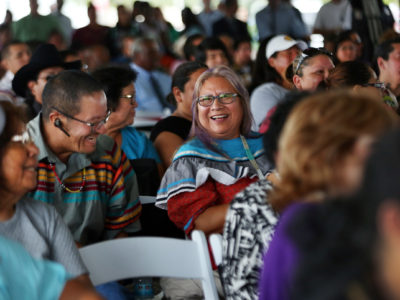