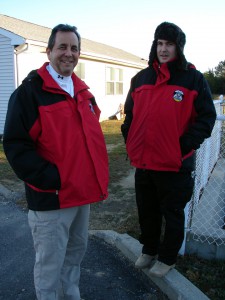 LONG ISLAND, N.Y. — Hurricane Sandy devastated parts of the Northeastern U.S. in late October, and the Seminole Tribe of Florida stepped in to help the Shinnecock Indian Nation of New York with relief efforts.

“This is the first time that we have been a part of the emergency management system as a conduit to provide assistance to another Tribe,” said Jerry Wheeler, chief Public Safety officer for the Seminole Tribe of Florida.

Wheeler sent two members of the Tribe’s Emergency Management Division to eastern Long Island, N.Y. on Nov. 3 to help develop an emergency management program for the Shinnecock Nation, including a recovery plan for the aftermath of Hurricane Sandy.

“The Seminole Tribe of Florida embodies the spirit of cooperation necessary during catastrophic events like Hurricane Sandy,” Gov. Rick Scott said. “I am proud of their leadership and I’m confident in their ability to help bring the Shinnecock Indian Nation back to normal.”

Shinnecock Emergency Management reported to USET that it has never experienced disaster like this. Shinnecock Chairman Trustee Randy King described the damage as of Nov. 1.

“We know a tidal surge of about four to six feet came into the reservation,” King said. “We still do not have electricity. We had [our] Tribal burial grounds halfway covered with water. Right now, it is the (lack of) electricity which is the issue; it’s getting cold, and some of our elders don’t have ways to heat their home.”

For the country as a whole, Sandy’s damage was only second to Hurricane Katrina, resulting in a reported 121 fatalities and an estimated $50 billion in damage. At least 24 states were affected, leaving particularly severe damage in New Jersey in New York.

“As we work to assist the Shinnecock Indian Nation, we will not hesitate to expand our relief efforts to other entities that need assistance within our emergency management expertise,” Wheeler said.

“I think one of the things that we would like to emphasize is the Nation-to-Nation relationship [of] the federally recognized Tribes. And when it comes to providing assistance, often Tribal governments are more tuned to some of the characteristics you need in order to help each other. We are a big supporter of mutual aid,” FEMA administrator Craig Fugate said.

The Seminole Tribe of Florida’s recent assistance in New York ensured steps toward the Shinnecock Nation’s recovery and built a foundation for effective emergency response for the future.

“We just give a very big ‘Thank you’ to the Seminole Tribe of Florida,” said Harrell French, USET Emergency Management senior project coordinator.

Information was taken from press releases by the United South and Eastern Tribes and the State of Florida Division of Emergency Management.