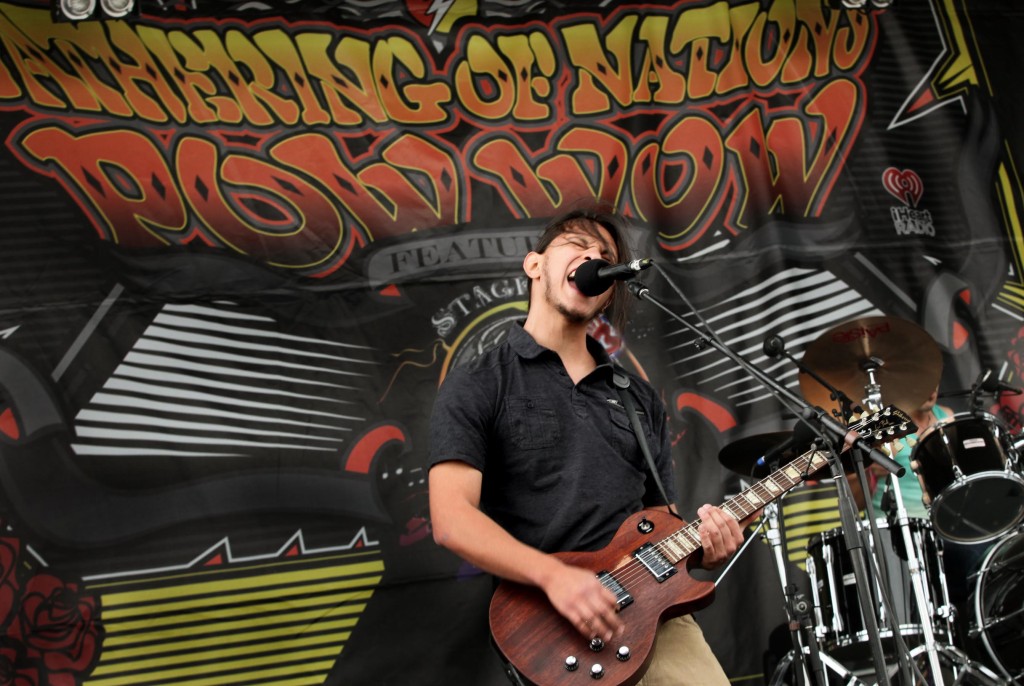 ALBUQUERQUE, N.M. — All the way from South Florida, and in the midst of a New Mexico dust storm, the alternative rock band Hybiskus shook Stage 49 at the 31st annual Gathering of Nations in Albuquerque, N.M.

Led by RC North Jr., of  Hollywood Reservation, on lead guitar, with Gery K on bass and Alex Blue on drums, the band tore into a set of three original grunge metal tunes with lyrics reminiscent of Soundgarden, Smashing Pumpkins and Nirvana.

“I love the beats and I love that the lead is Native,” said Troy Martza, of the Zuni Tribe in New Mexico – and a new Hybiskus fan.

The April 26 show marked North’s third time playing at the annual pow-wow but the first with Hybiskus, which formed in the summer of 2013. The trio attended Hollywood Hills High School together.

North, who began writing and playing music at 14, has a degree in filmmaking from Full Sail University in Orlando. Of Winnebago and Ojbway decent on his father’s side and Seminole on his mother’s side, North said the band was fortunate to land stage time at the pow-wow.

“We’re hoping this will catapult us to more opportunities,” North said. “Getting to play here is great and representing my Tribe is an honor.”