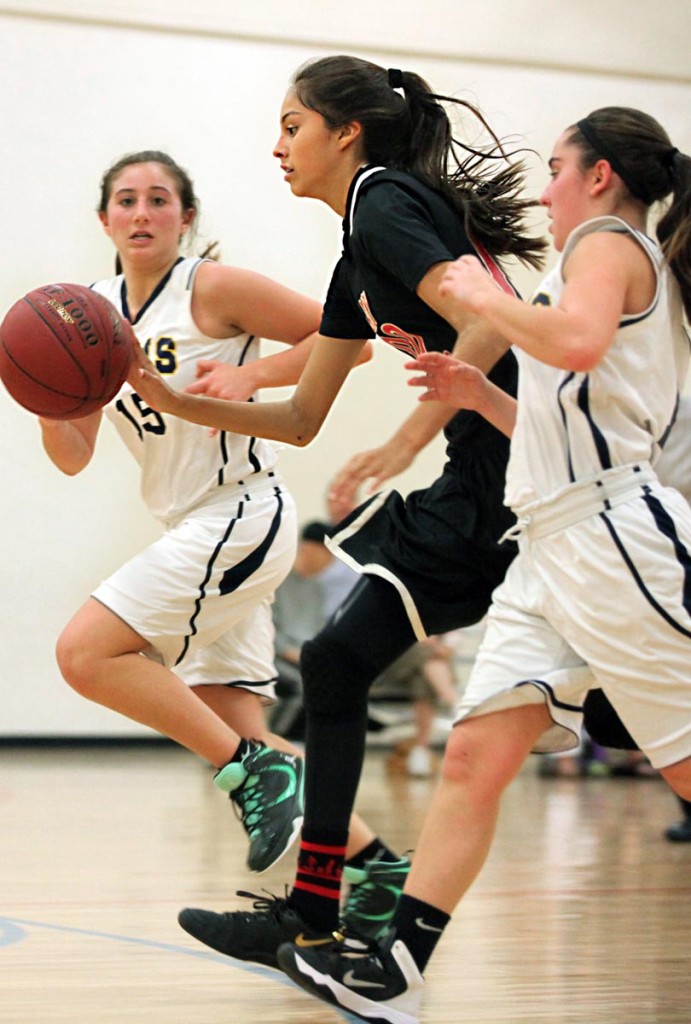 DAVIE — If the start of the 2014 varsity basketball season is any indication, the Ahfachkee Lady Warriors team is bound for glory.

“This, with only seven players on the team,” said Danielle Jumper-Frye, a team parent and Ahfachkee’s assistant program director.

The Ahfachkee boys varsity team fought David Posnack opponents with non-stop hustle, but lost 54-10. Overpowered by the much larger team, both in physical stature and team size, the Warriors followed the lead of returning players Devon Bowers, Uriah Waggerby and Isaiah Alvarado.