BRIGHTON — Similar to just about every scholastic fall sports team in the state, the Pemayetv Emahakv Charter School volleyball team’s season was interrupted by Hurricane Irma in September. 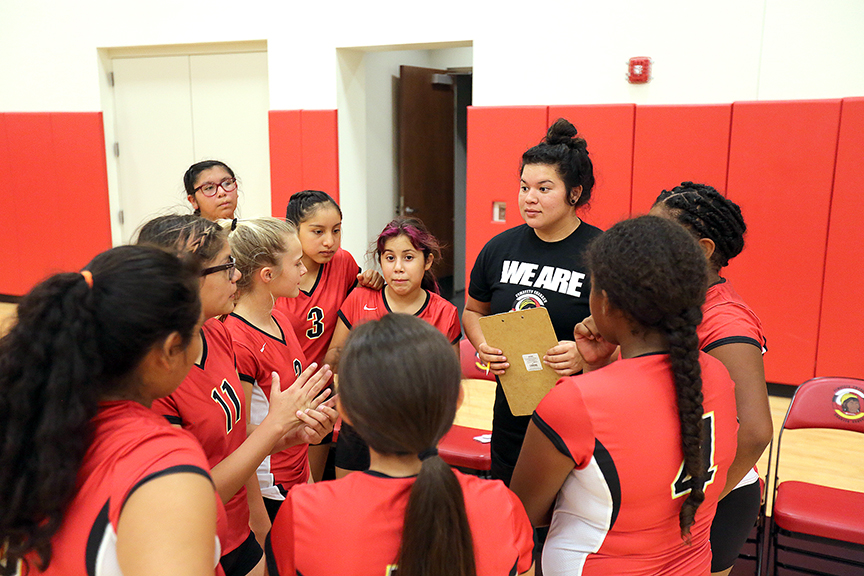 But before the big storm arrived, the Lady Seminoles opened their season with a pair of impressive wins at home against LaBelle Middle School.

Leading by example worked out well in the opener as Karey delivered four service points, one kill and had a strong defensive game as the team’s libero while Elle led the way in the hitting department with five kills.

“They lead the team at practice, in stretches, warming up. They’ve done a great job,” Matthews said.

Matthews encouraged the team to bring what they do in practice to gameday.

“I told them today to swing, hit the ball like you do in practice,” she said.

The starting lineup at the net featured Elle, her younger sister Lexi and eighth-grader Ta-fv Harris, and Karey, Giselle Micco and LaShae King in the back row. 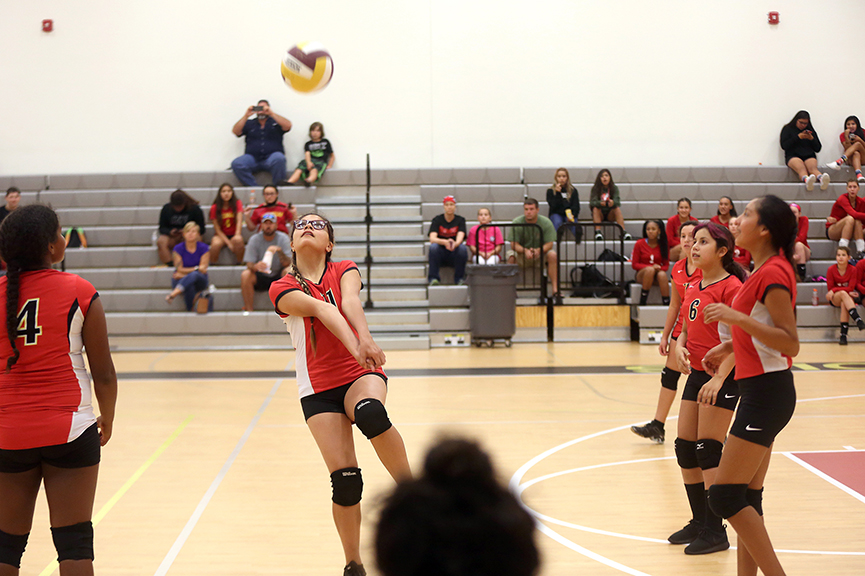 Giselle, one of two seventh-graders on the team, has shifted from the defensive specialist spot she played last season as the libero to a hitting role this season. She delivered 18 service points – which included a blistering ace to start the match – and two kills.

“Giselle played [libero] last year and I really needed her to hit this year and set. She’s amazing at all three parts of the game,” Matthews said.

Ta-fv also shined at the net both offensively and defensively.