Skip to content
You are here
Home > Community > Express lanes to put drivers on fast track, for a price 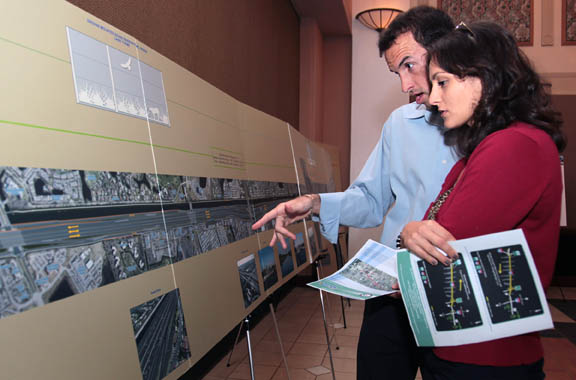 DAVIE — At a public hearing Oct. 24 in Davie, the Florida Department of Transportation (FDOT) said the reversible express toll lanes on I-595 will open March 2014. The expressway, under construction since February 2010, should be completely operational by June 2014.

“We expect about 23,000 to 28,000 vehicles per day in the express lanes,” said Paul Lampley, project manager, FDOT. “The permanent signs are going up now, and the striping, final layer of asphalt and friction course on the shoulders will be completed by June.”

FDOT anticipates it taking up to a year to reach the usage estimate in the express lanes. Access to those three center lanes will be limited to four points: I-75, the Sawgrass Expressway, the Florida Turnpike and I-95.

Commuters who exit elsewhere should use the toll-free, general purpose lanes. There is no exit to U.S. 441 from the express lanes.

Tolls will be collected in the express lanes with a SunPass transponder, available at Publix, CVS, Navarro Discount Pharmacies and Sedano’s Supermarkets, as well as Turnpike service plazas, Turnpike gas stations and SunPass Service Centers. They can also be purchased online.

“We manage the traffic flow through the pricing,” Lampley said. “The price goes up to discourage people when it is too crowded.”

The only other expressway in the state with reversible express toll lanes is the Selmon Expressway in Tampa, which opened in 2006.

Based on studies done by FDOT, the revamped expressway has enough capacity to last until 2034. Lampley said expressway designs meet the needs of the community for 20 years.

“With all the improvement, the road will be more efficient,” he said.