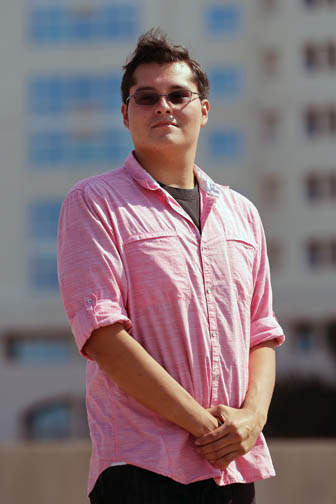 TCD Director Ervina Capricien said Billie was an ideal candidate to inaugurate the global internship program. She approved the Punta Cana internship and coordinated the details to broaden his knowledge.

“He got another view other than our Seminole casinos,” she said. “Now he has an international perspective of operations and other team members. He did very well.”

Billie, a TCD intern for more than two years, worked directly with Punta Cana casino general manager Jess Chavez from March 8 to May 11. They met in January at the Hard Rock International Global Conference in Mexico, where they discussed the possibility of Billie working in the Dominican Republic.

“Eagle got an incredible overview into the inner workings of a busy casino environment,” Chavez wrote in an email to The Seminole Tribune. “He saw and was part of a dynamic and forward-thinking management team. He was taught a full and concise way to manage a casino. Eagle is a bright chap, and I felt that he understood and absorbed the knowledge passed to him.”

The Punta Cana casino only has about 300 slot machines and 30 table games compared to Hard Rock Hollywood’s 2,200 slot machines and 173 table games, but it also offers craps and roulette tables. Billie’s duties included coordinating with security and surveillance to ensure new cards were distributed and chips were counted properly.

He said he worked closely with other team members to keep games running smoothly and dealt with guest disputes.

“Everyone down there was open to me learning on the job,” he said. “They were very excited for me to be there, and it made the experience much better.”

Although he and the other team members were always the first ones at the casino and the last ones to leave, Billie proved he was up to the task.

“Eagle grew in stature and confidence during his time here,” Chavez wrote. “It was great to have an extra pair of eyes and a fresh approach on the workings of the operation.”

Twelve interns currently work in the TCD program, but Capricien has room for 25 in the full-time management training program. Paid trainees work in all gaming departments and learn on the job while being mentored by supervisors. The program, which began in 2003, is open to all Tribal members 18 and older who at least have a high school diploma or GED.

Capricien said she will allow other trainees to gain international experience as part of the program. She will coordinate details case by case, she said.

“When they go to these Hard Rock International events, they network,” Capricien said. “If a manager invites them over, it is totally doable.”

In addition to Punta Cana, Billie has traveled to Cancun for the Hard Rock International conference, San Diego for the National Indian Gaming Association convention, Las Vegas for the Global Gaming Expo and New York City for an art gallery opening. He will travel to Barcelona, Spain in July for Hard Rock Rising.

“The program changed my life; it made me far less introverted. My first position was in slots as an attendant. I was terrified. But now I’m comfortable interacting with guests and team members,” he said. “It’s a great program; there is so much you can learn. When you find something you like or are good at, it can really take you places.”