When Peggie Reynolds worked for the Seminole Tribe of Florida, she often traveled and was away from her Broward County home for days or weeks at a time. In advance of those work trips, Reynolds would make preparations for her Maltipoo puppy Maía – “mostly Maltese, a little bit Poodle” – to stay with her parents in eastern Ohio.

As often happens with furry four-legged creatures and those who care for them, a bond was formed between the “human grandparents” (as Reynolds describes it) and little Maía.

Reynolds’ mother, Sarah Reynolds, would keep her daughter up-to-date via email with what was happening with Maía, but would write the emails as if Maía was the author.

Those emails eventually formed the basis for a children’s book – “Hi, Mom ~ It’s Maía.” The book was written by Sarah Reynolds and illustrated by Tribal Member Bonnie Motlow. Since Sarah Reynolds and Maía are no longer alive, Peggie Reynolds, the book’s developer and editor, hopes to honor their memory by promoting the book.

She says it’s a great read, especially for kids 5-to-10 years old.

“Ohio isn’t anything like Florida and during each visit with her grandparents, Maía learned many new things about small town life and the wonders of the Ohio countryside,” Peggie Reynolds says in the book’s introduction.

Sarah Reynolds writes a first person message to readers before Maía’s voice takes over in the book’s remaining pages.

“Maía is our grand doggy. … She plays tug of war with her toys, loves to look out of the picture window and bark at people walking along the road. She howls with the neighborhood dogs, likes to drink water from the faucet in the bathroom, wakes us up in the morning, hates to get her face washed and shreds tissues to little pieces,” she writes.

Motlow’s illustrations are found throughout the book, which Reynolds says brings the character of Maía to life. Readers will see sketches related to different scenes during Maía’s stay in Ohio.

Motlow has several family members who are also artists. She says her sister Josephine taught her how to draw. Motlow taught her niece – Erica Dietz – how to draw as well. Dietz would go on to attend art school.

Reynolds and Motlow are now developing a book reading and presentation for small groups of children in Tribal and off-reservation communities.

“In addition to reading the stories from the book, the sessions will include a PowerPoint presentation and discussion questions with a focus on providing Bonnie’s artwork to the children in the form of postcards, stickers, bookmarks and in-person drawings,” Reynolds said.

The duo is also in the planning stage of book-signing events at libraries, children’s shops and bookstores. “Hi, Mom ~ It’s Maía” features a page of discussion questions allowing kids to “explore their own thoughts and feelings about Maía’s adventures and family relationships, as well as the differences and similarities between Ohio and the state they live in.”

Reynolds worked for the Seminole Tribe for 40 years, from 1976 to 2016. She was a government relations liaison, assistant to the chief operations officer, grants coordinator, assistant director of housing and a drug abuse counselor, among other positions.

Those interested in a copy of the book can contact Reynolds at pemporium@outlook.com. The book is available online through Amazon and Barnes & Noble. 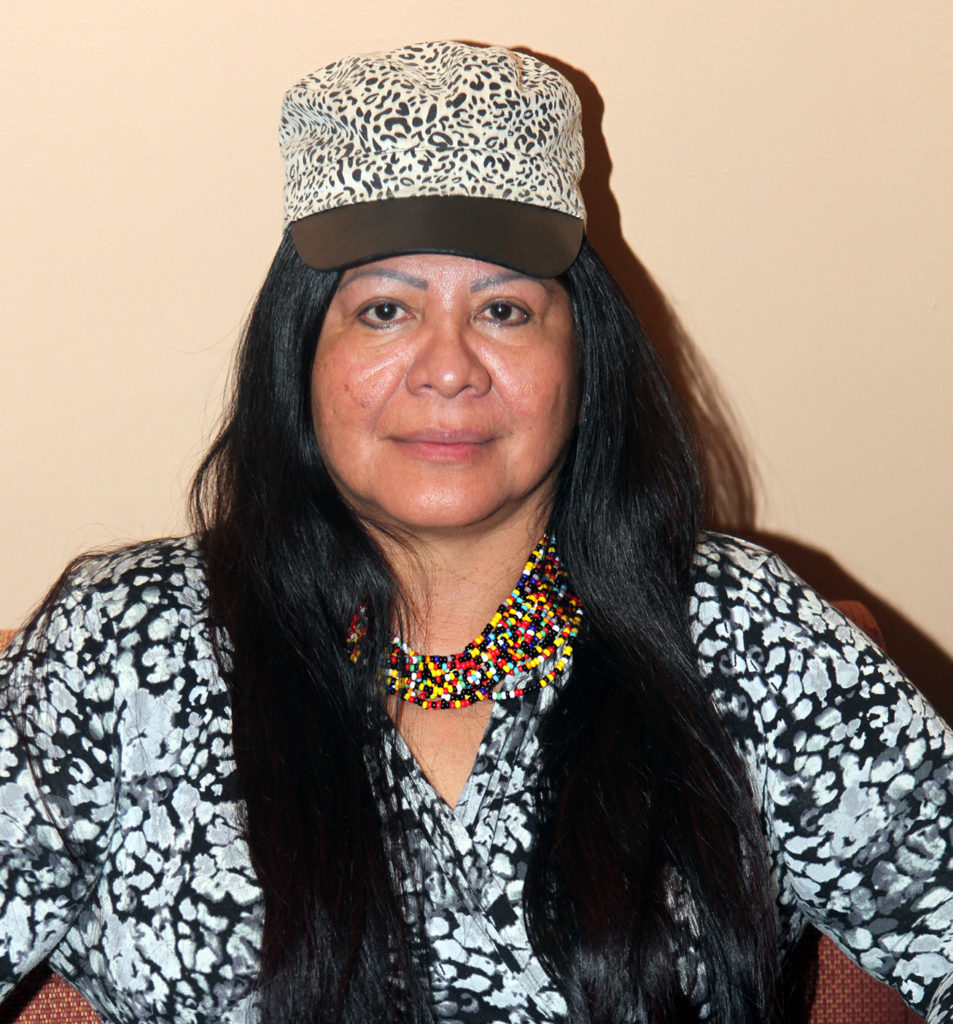