“The Champions for Change program celebrates extraordinary young leaders from diverse backgrounds, all of whom are uniquely positioned to change their communities in positive ways,” said CNAY Founder and former U.S. Senator Byron Dorgan. “We created this program to acknowledge the efforts of young Native leaders, support their growth and inspire other Native youth across the country to take action within their own tribal nations.”

Champions for Change is the Center for Native American Youth’s flagship youth leadership initiative. Each year, CNAY selects five up-and-coming Native change makers between the ages of 14 and 23 to serve as Champions. CNAY works closely with each Champion to develop their leadership and advocacy skills through tailored resource sharing, mentorship, skill building and networking opportunities.

“Each Champion is tackling an important issue that affects Native youth throughout the country,” said CNAY Executive Director Erik Stegman. “CNAY is privileged to work with such passionate advocates whose stories showcase their resilience and their ability to inspire other young people in Indian Country.”

The Champions will share their stories at a panel discussion Feb. 13 in Washington. 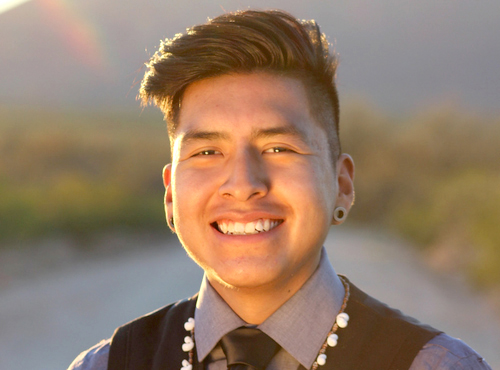 Damien harnesses the healing effects of ancestral lands to help Native youth battle feelings of isolation and depression. In connecting Native youth to Mother Earth and Tohono O’odham culture, Damien builds relationships with young people that help them reconnect, build confidence and recognize their self-worth. In addition to being a student at Tohono O’odham Community College, Damien is founder of the I’oligam Youth Alliance, an Earth Ambassador for United National Indian Tribal Youth, Inc. (UNITY), and serves on the Tribal Youth Health Advisory Board for the National Indian Health Board.
“What helped me was learning our ceremonies, traditional stories, and how to work with the land. By learning how to love the desert, we learn to love ourselves and heal.”

After witnessing the effect of incarceration on Native communities in her home state, Isabel helped create the American Indian Criminal Justice Navigation Council. AICJNC is an initiative of the Southern Plains Tribal Health Board that trains successfully reintegrated ex-offenders to help others navigate the criminal justice system. The program includes a special support group, where Isabel helps give a voice to children with incarcerated parents.
“My dream is to continue breaking down barriers for those who have made mistakes, bridge gaps in criminal justice and make the changes necessary to help tribal nations combat incarceration.”

Shawna grew up in foster care and is working to counter stereotypes of Native American foster youth. By striving to be a mentor and leader in her community, Shawna hopes to inspire other youth to break intergenerational cycles of abuse and addiction. Shawna is a role model to her younger siblings and peers alike, encouraging Native youth to graduate and reach for their dreams.
“I overcame statistics that said I shouldn’t graduate, and am doing my best to ‘break the cycle’ in other ways too. I want Native youth to know that no matter what their past is, they can turn it around and make something of their future.”

Anthony Tamez challenges misconceptions about urban Native youth. As co-president of Chi-Nations Youth Council in Chicago, Anthony leads Native youth in medicine walks to harvest ancestral plants, participates in demonstrations like the Standing Rock movement, helps young people with regalia making and more. Anthony is also passionate about advocating for the elimination of race-based mascots that promote stereotypes, and works against the ongoing erasure of indigenous people in what is now known as “Chicago”.
“A lot of the time, Urban Indians are thought of as absent of culture because we live in concrete jungles surrounded by settler and pop culture. Many believe we don’t even have land to practice our traditional harvesting and ceremonies, but the truth is what little access to land we have, we utilize it to persevere and enhance our tribal and inter-tribal cultures.” 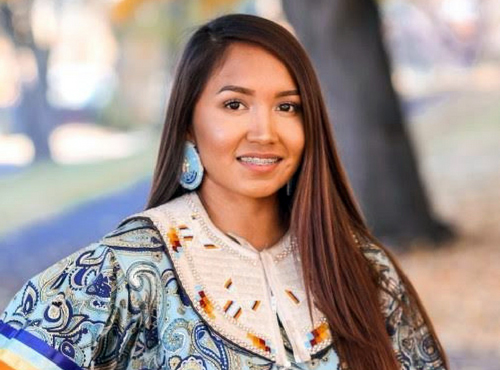 EllaMae advocates for language revitalization among Native youth in Oregon. She’s learning all three Native languages spoken in her tribal community – Walla Walla, Nez Perce and Umatilla – and is surveying Native youth to determine how to best deliver language lessons. EllaMae believes that language is a critical aspect of Native American identity.
“Tomorrow is not promised. The Creator can take a fluent speaking elder any day, so I feel it is my duty to step up and save our language. Now is not the time to turn our backs on learning our languages, customs, or culture. If we turn away now, we lose our identity as Natitaytma (Native Americans).”