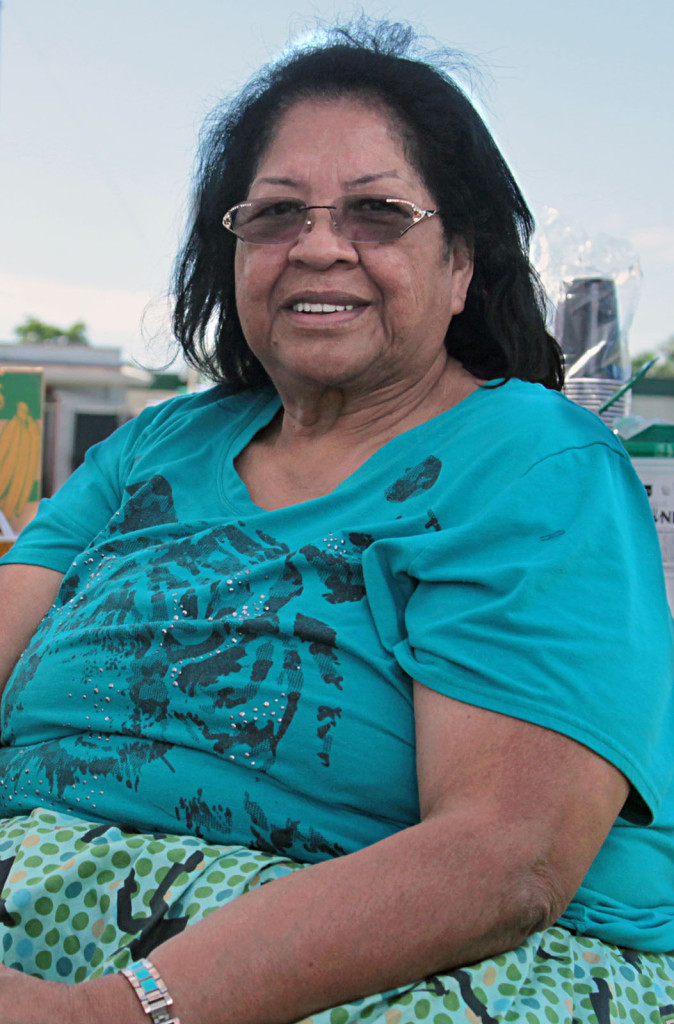 HOLLYWOOD — About 20 years ago, Judy Baker and her late husband, Pete Baker, worked at Holiday Park where they met tourists and sold alligator nuggets, Seminole souvenirs and juice. One day Pete made a tasty concoction of juices, added a secret ingredient and called it a Seminole Smoothie.

The rest, as they say, is history.

“We were just selling our Seminole things and Pete started mixing juices together,” Baker said. “It tastes real good with gator nuggets and frybread. Our people just love it.”

Seminole Smoothies has been a popular item at events on the reservations, Tribal Fair and pow-wows, and is also available at the Hard Rock Hotel & Casino Hollywood’s pool on weekends.

The refreshing elixir is topped with a maraschino cherry. Other than fresh-squeezed oranges, the rest of the recipe is a family secret. Baker said the best thing about the business is seeing customers’ reactions when they taste the fruity drink.

Each Seminole Smoothie is made to order. Getting the recipe just right takes training.

The business is a family affair. After her husband passed away in 2004, Baker and her grandson Spencer Battiest carried on the Seminole Smoothies tradition.

Battiest has since moved on to a career as a singer and lives in Los Angeles, so Baker does her best to continue the business.

Recently, the booth was up and running at Indian Day in Hollywood, and Baker’s grandchildren and others came by to help mix and serve the refreshment. On a day as hot as Indian Day was, with highs in the upper 80s and not a cloud in the sky, the booth was busy from the moment they started serving.

“My grandchildren know exactly how it’s supposed to taste, so they give good feedback,” Baker said.

Baker sees the big picture for her brand and one day would like to patent it, bottle it and distribute it.